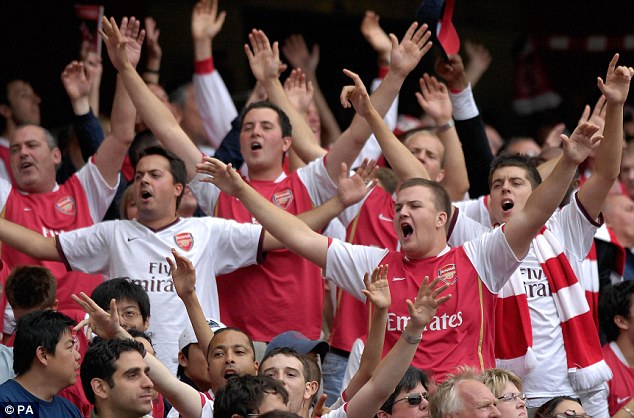 Football nowadays is all about the spectacle rather than just a match. The popularity of sport in the media and the rise of the Social Media as a discussion forum has created more hype around football in general. From transfers to derbies the game has gone from a local discussion to a global one.

To say there is very little build up to matches in Football Manager Handheld (later referred to as FMH) would be an understatement. While mid-table clashes may not be the most hyped important games, cup finals and derbies are. A top of the table clash is currently not distinguished in the FMH News Items. This leaves the user pining for the build-up of a big day like in real life.

I believe there should be 5 branches within this -  News Headlines, Matches, Transfers, Competitions and Fans.

At the moment FMH2015 displays the same news strings so a user playing for an hour may see the same headline 10-20 times. Spicing up the news to be more headline-esque will give a user more reason and will to read them. Using Football Manager Classic as an example the headlines vary depending on result, players and instances. If a team wins 5-0 for instance the headline can be “Five Star Chelsea beat Brighton”. Adding a variety of strings with personality make the news section more of a joy to read by giving a variety in articles and a personality to the screen that is currently lacking.

News items displaying post-match statistics, player profiles for player news and additional information will increase how engaging and helpful the items are too and make them feel like the real media and therefore more engaging.

There are very little build up at present to matches – even more so big ones. While meaningless games can be hyped as current with odds and a simple description bigger matches should see an increase in media, fan and player hype.

Cup finals, derbies and important games in the football calendar such as the World Cup or a key match in the title race could be given more of a priority throughout the week leading up to the game. Players going to the press and giving their thoughts, media speculating and asking more questions, opposition manager commenting with a chance to respond and more build up as well as feedback from the assistant to show it is more than just a normal game and advise you on how to get a victory.

FMH2015 had a great strive towards this with the rumours section, however this is quite hidden and therefore not used often by players. Increasing speculation through a variety of mediums, more media increase when there are transfer battles and opposition managers commenting on players as well as players getting drawn into the transfer frenzy by expressing an interest in joining a club they are linked to. Media should try to fuel transfers by saying other clubs are interested in a player the manager has scouted/bid for.

When the fixture list is announced the media speculates on who will finish where and the top performers of the season. Giving the player a realistic prediction on where they will finish can help them pick their expectations as well as aim to better this and have a goal to work towards. This would be especially helpful if the player is managing in a country they know little about. It could also highlight a big competition or the start of a competition such as the World Cup that attracts worldwide interest but is barely mentioned in FMH. It could also be used to differentiate from a normal International as Call up items could be given at the end of the competition and sum up each player’s performances as a whole.

Analysis after the competition is very scarce and limited to seasonal awards but included more such as Team of the Year, Media comments on who performed/who didn’t perform and giving a Player-centred club comment by the media on their performance as well as if they did exceptional vast praise such as “could be the best team ever”. This could help the user gauge how good their season was and see who around them did well and not.

With board confidence fans can also weigh in occasionally and have a display on how happy they are. In football fans may be happy with a manager but the board aren’t and visa-versa (see Newcastle for example). Sometimes fans may keep you in the job but also may protest and get you sacked. They also may be more volatile than the board so can influence team harmony or increase it due to big wins, a great signing or could upset the team if they lose a big game.

They should also chip in with expectations on big signings/players after they are signed and be less repetitive with their responses, or if a top club hasn't signed anyone of note they should express their concern though a few wins would make them forget about this.

Due to FMH being up “pick up and play” style game there is a potential issue with overflowing the user with news items. The news items need to be balanced to keep the speed but be useful. Selecting which items get increased fanfare is therefore increasingly important to keep the game running fast. Also smaller screened devices may find it an issue to display long strings or additional information meaning they may have to be separated out or it restricts the development of all devices’ news.

Yes it is. However by how much is the question. With the Sports Interactive team relatively small I doubt it will all come at once. Also while it is a major upgrade it won't be the headline grabbing feature which would attract casual users so will more likely be done in several iterations throughout a few games. This will also help with the speed issues that may occur by adding in a lot of news items.