Welcome to Looking Forward #4 - A series where we take a look at potential upcoming wonderkids in FMH16.

Today, we look at the top 5 striker / forward wonderkids of FMH16:

(All players on this list are 22 and under, and are somewhat affordable for all teams) 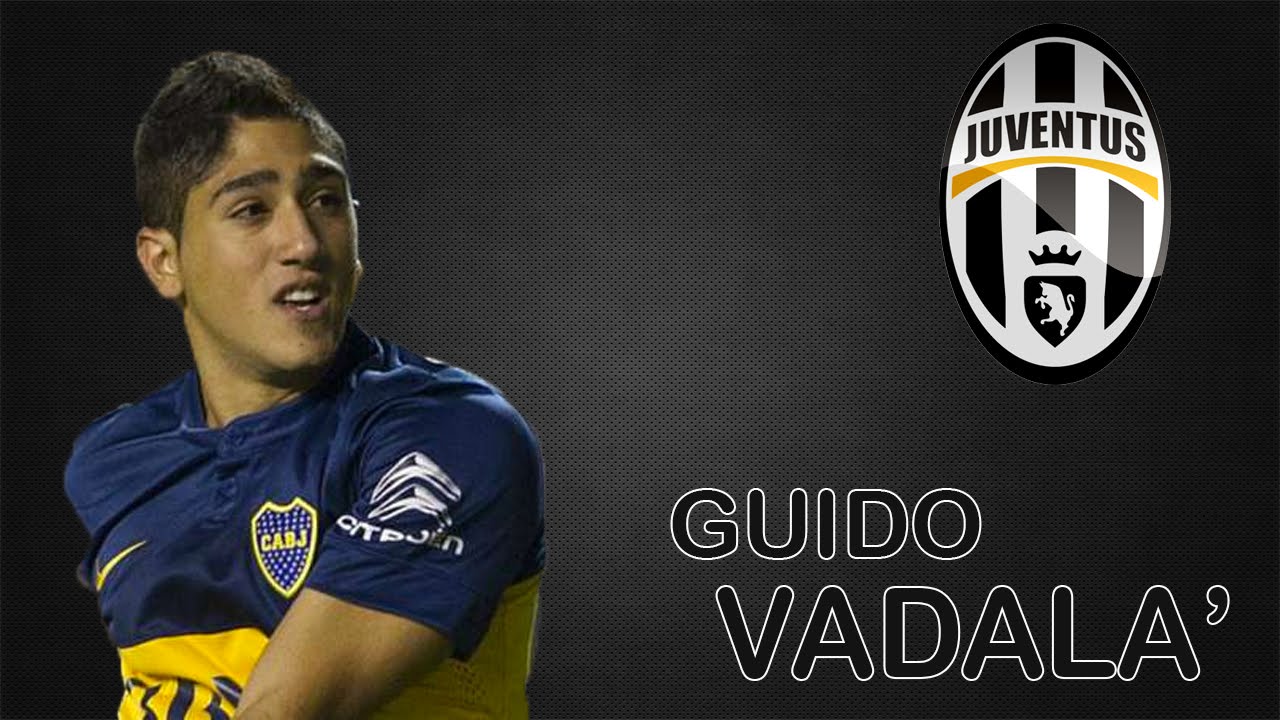 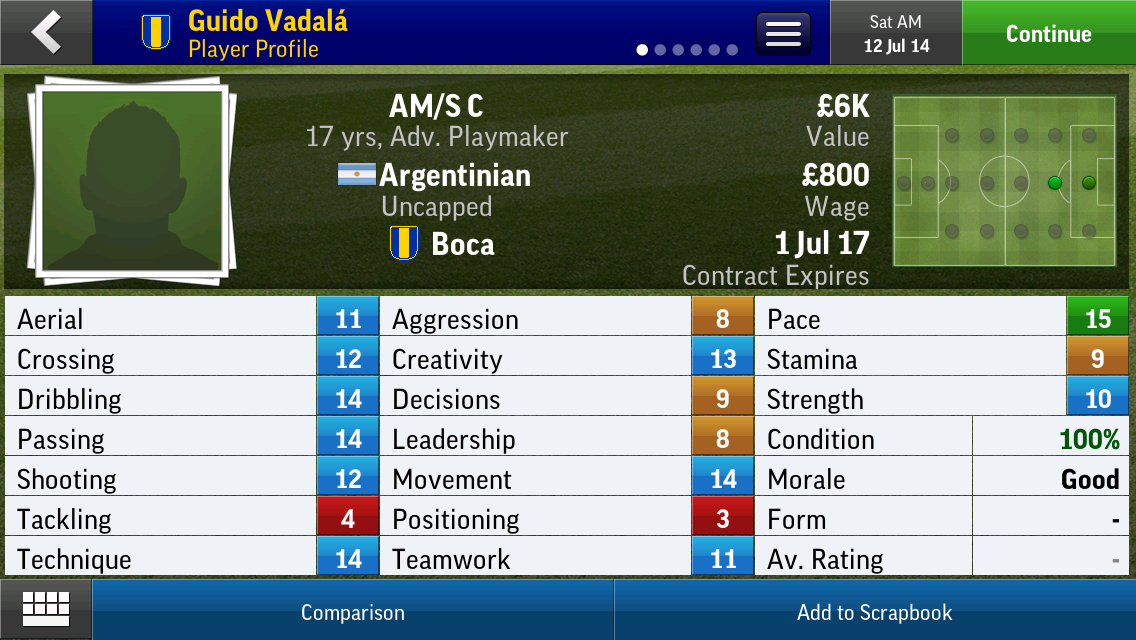 I’m sure a lot of you would have used the fine young Argentinian chap, Guido Vadala, in FMH15.

He can be bought from Boca Juniors for the ridiculous price of around $1.5 million. If you haven’t used him before – trust me, that’s daylight robbery.

In real life, Vadala has shown promise but is yet to live up to his FM hype. He made 1 appearance for Boca last season, and is now on loan to Juventus.

Being a loanee at Juventus means his value will increase in FMH16, leading to a higher price, but hopefully it won’t be too expensive and you will have a world-beater at your service after a season or two. 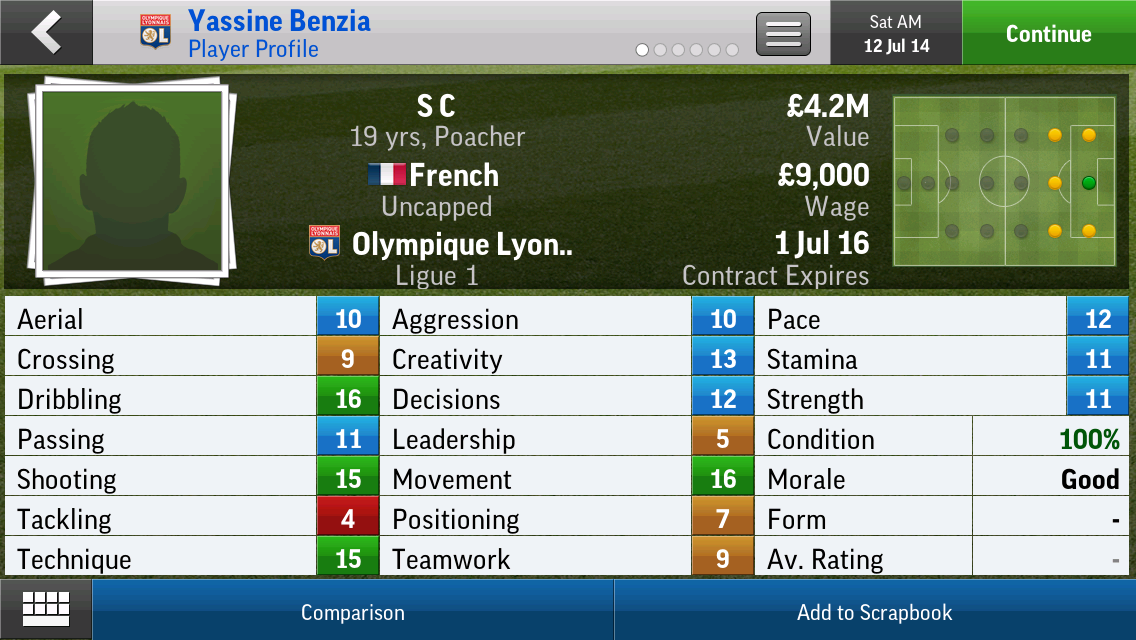 At number 4, it’s the player dubbed the new Karim Benzema by some pundits – Yassine Benzia from Lyon

Having been with Lyon since he was 17, Benzia has made 47 appearances overall, scoring 6 goals.

Benzia is also a future French international, and has a great scoring ratio for the France U21 side at 6 goals in 9 appearances.

A classic poacher in FMH, Benzia is unlikely to contribute much in the first season to a top team. But as you persevere beyond, he has a great upside that will reward you with goals in droves. 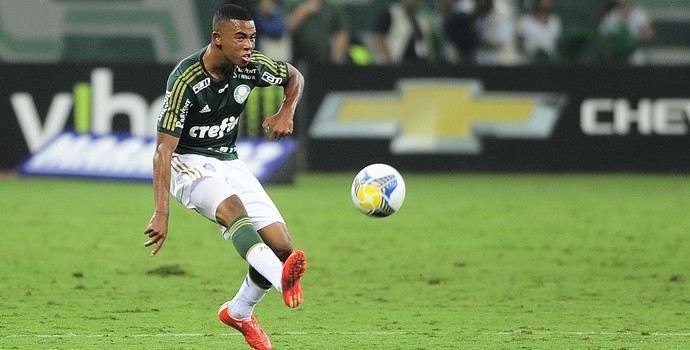 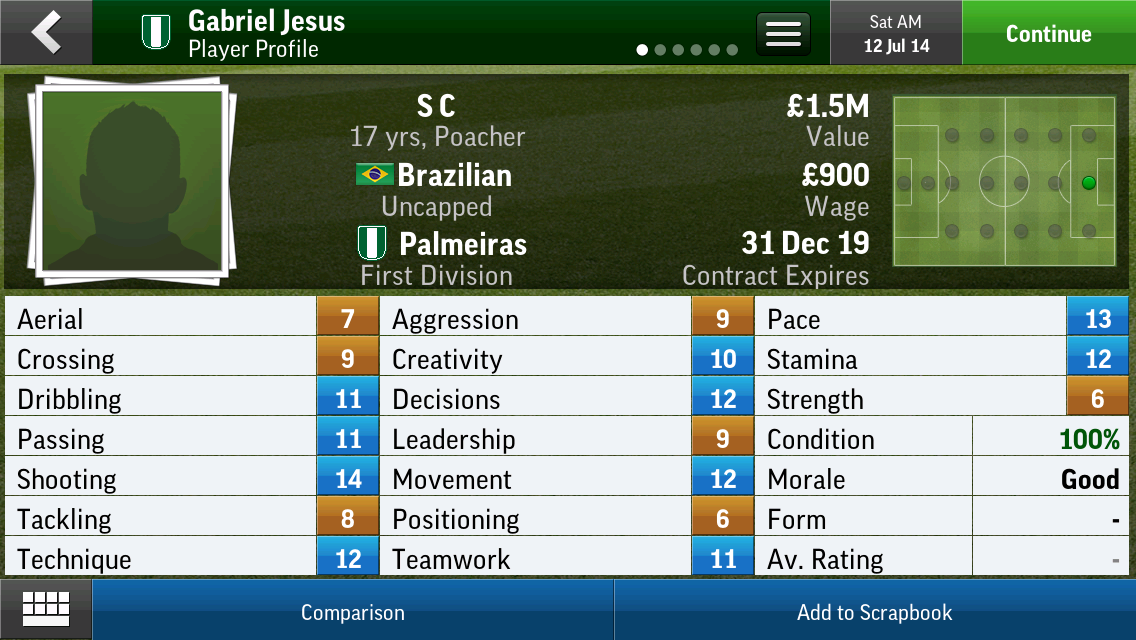 No striker wonderkid list is complete without at least one Brazilian, and in my opinion the best Brazillian wonderkid in FMH16 is Gabriel Jesus.

The Brazilian Jesus plays for Palmeiras in the top division of Brazil, and in real life, is an unproven talent, having only played two games for them.

However, in FMH15 it’s an entirely different story.

After a season or two of intensive training – Gabriel Jesus will become a monster forward and a constant threat around the box.

His constant pressure will lead to many a goal, and he will continue to be one of the top target for managers around the world, hoping to poach him from South America for peanuts in comparison to more proven talents. 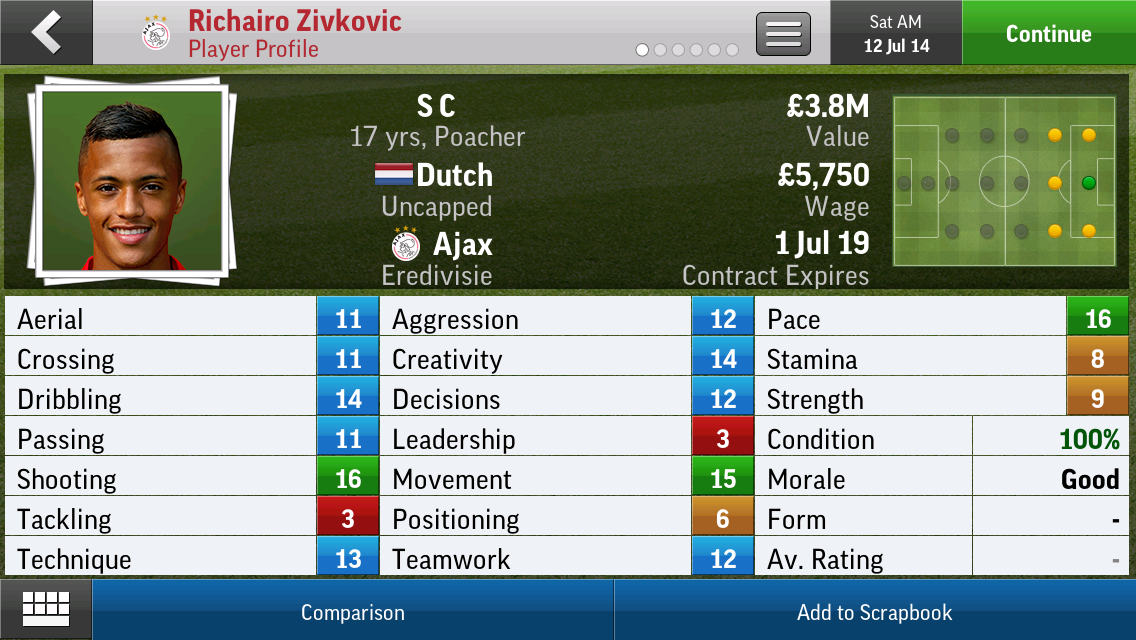 Zivkovic is another wonderkid that needs training and game time in order to develop before he can really shine in your team.

Zivkovic has been with Ajax since 2014 and is the 50th player in Ajax history to score on his debut for the first team.

In that time, Zivkovic has also made 25 appearances for Jong Ajax (Ajax B) and scored a very respectable 18 goals. 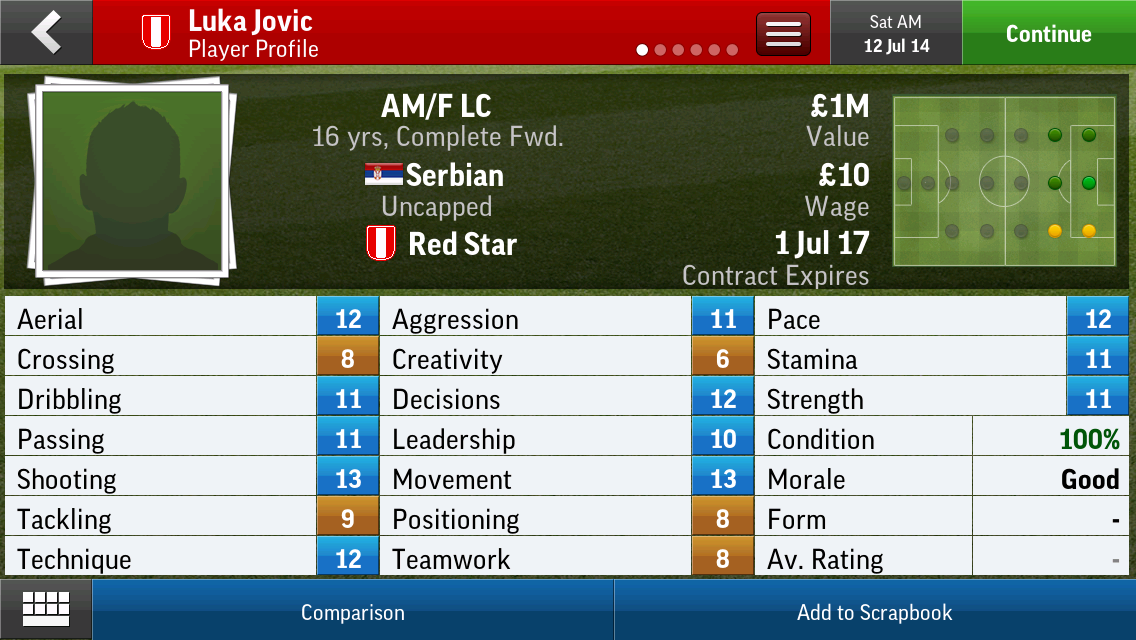 Jovic is another player many of you will have some experience with in FMH15 – but he will be even better in FMH16.

At only 17 years old, Luka has shown some typical wonderkid qualities, like scoring on his professional debut for Red Star in the 2013-14 season, at just 16 years, 5 months and 5 days of age.

Since then, he has made 33 appearances and scored 10 goals for Red Star, including 3 goals in the first 5 games of the current season.

Given his massive improvement last season, Jovic will see an increase to his stock for FMH16. That combined with his age and affordability makes Luka Jovic is my number 1 ST wonderkid for FMH16.

What do you think of my predictions? Who do you think will be a proper striker wonderkid in FMH16? Is there anyone I've missed? Please leave your comments below!

(This list is speculative and my opinion only, and isn’t in any way reflective of the upcoming FMH16)

Other topics in the Looking Forward series: