Five Legends You Must Make Coaches At Their Club

Five Legends You Must Make Coaches At Their Club

Football at it's heart is a romantic sport and with the inclusion of coaches on FMM 2016 I'm going to be looking at five players that you have to make coaches if you're managing "their" club.

The idea of appointing coaches to keep your favourite players around that little bit longer is an exciting prospect but if you happen to manage any clubs mentioned here you'll have your hands tied as they have at least one player you'll have to bring in! It's up to you if you'll be a romantic and bring in a club legend to support your team but hopefully this article will convince you to please the fans. 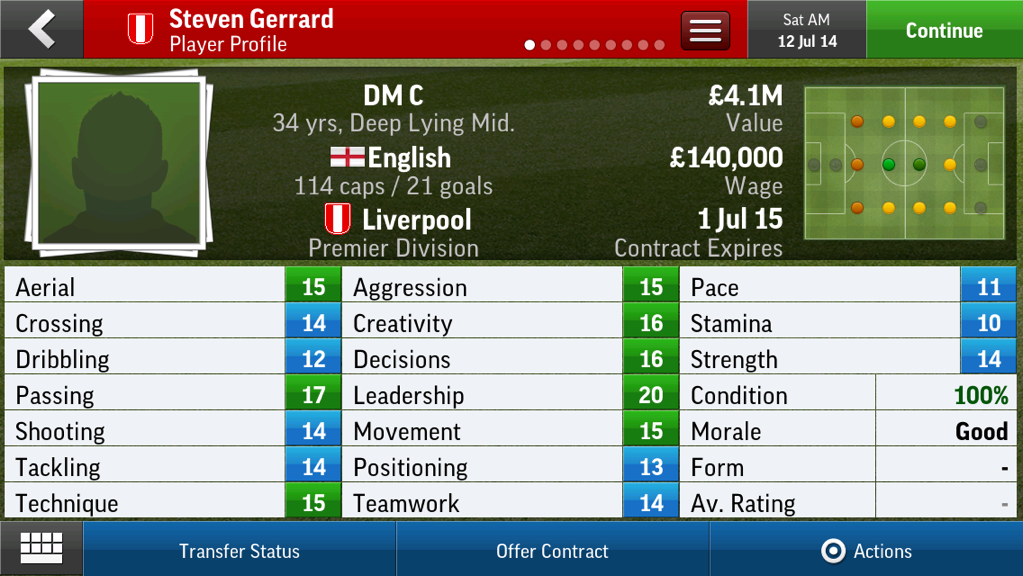 Gerrard should have been a one club man but due to the mockery that is Liverpool Football Club the player dubbed captain fantastic has been swooped away to the MLS. However Gerrard's LFC journey shouldn't stop here as it's your duty as the manager of the club to bring Steven Gerrard back as soon as possible. Gerrard is a player with vast experience as he's played over 500 games for Liverpool including some high profile fixtures while also being a force at international level gaining over a century of caps. We're unsure how the coaches stats will work but Gerrard has shown great adaptability  in his career as he's mastered a number of positions within the midfield and his 20 leadership stat will ensure his players will follow his example. 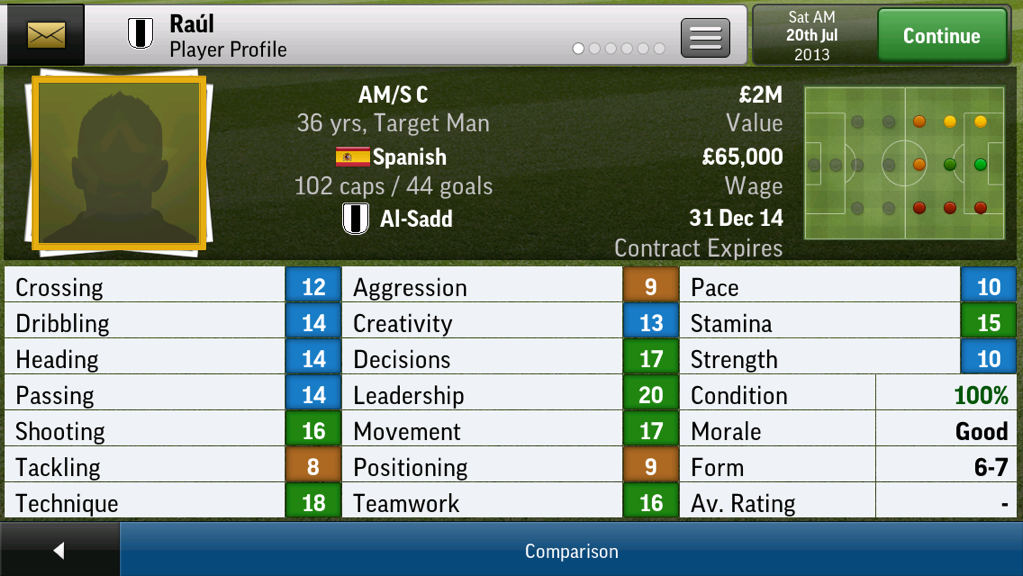 Raul is another player currently in the MLS but unfortunately he didn't make the cut for 2015 which is a depressing thought. Whenever you think about the greatest strikers the world has ever seen Raul won't take long to come to mind. Raul wasn't a one club man like many on this list but these experiences will only benefit the striker as he'll have a greater understanding of different cultures and backgrounds as he would have experienced them himself. Having played over 550 games for Real Madrid and winning 18 titles during his playing career so far it's easy to see what Raul would bring to your back room team, just imagine this legend training your strikers! Raul must be brought back for FMM 2016, even if it's just for us to be able to sign him as a coach. Although the image above is from FMH 2014 you'd think his stats would transfer to management well as his leadership and teamwork are outstanding and he clearly has the wisdom and experience to teach the next wave of superstars. 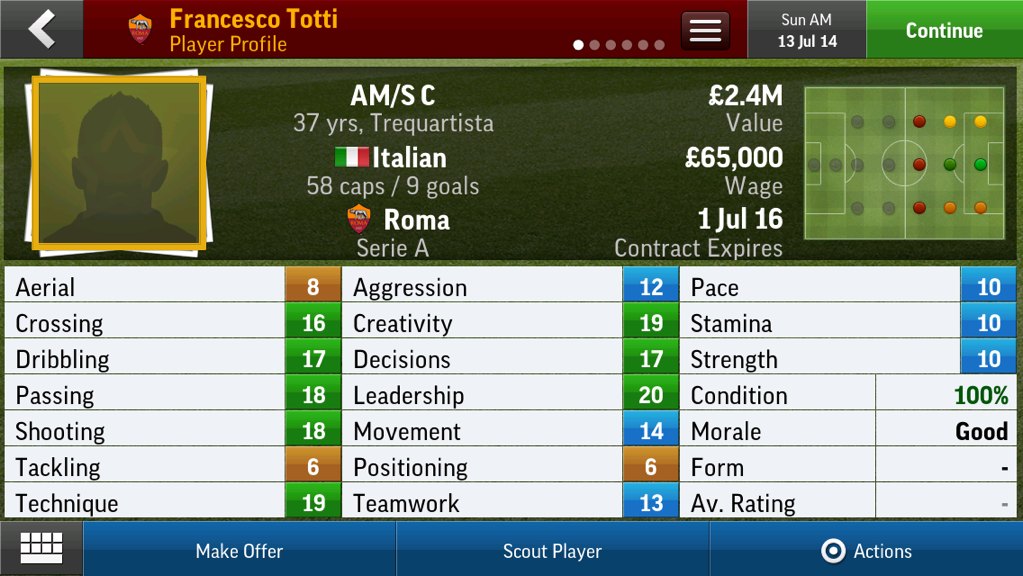 The second the name Roma is mentioned Francesco Totti comes to mind as he's not only the idol of the City but the ultimate one club man as he's regarded as one of Italy's best ever players and by some as the best player Roma has ever had! Totti is the clubs most capped player in history but his career in Rome has been unlucky as he's won 5 trophies but been runner up an incredible 16 times! To me this shows his passion for the club as he could have moved to a more fancied side which crossed the line more often but pulling on the clubs shirt was more important to him. This passion is what's needed in a coach as you'll know he'll be able to get your players hyped up for every occasion and his desire to succeed will only push your side on. Stat wise he's still looking amazing for his age but once again he has that perfect leadership stat which will ensure he'll improve your team. 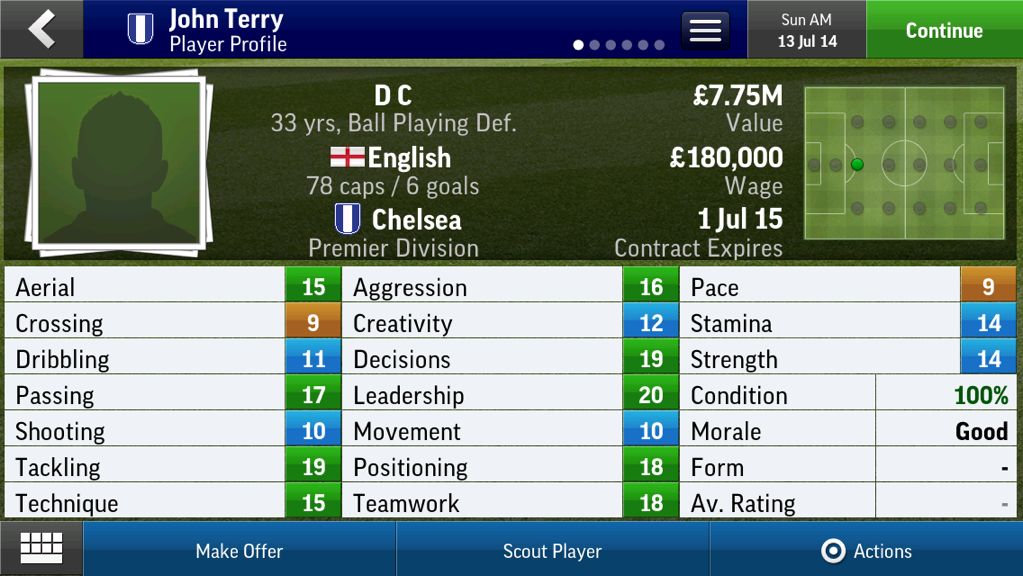 Love him or hate him there is no disputing that Terry is an outstanding leader of men as his 20 leadership stat highlights. Most of his hated qualities are things not involving the pitch which is perfect for FMM as they'll be completely ignored which means if you bring Terry back to Chelsea you'll be getting a vastly experienced coach on board. Having played nearly 500 games for Chelsea including a number of finals Terry has that desire to win and improve which will only benefit your players and due his position on the pitch you know he'll be an organised leader that'll keep players in line, who wouldn't want Terry training their back line? Terry has won everything available to him within England excluding the Club World Championship while also winning multiple personal honours such as PFA player of the year. With the lack of his off field troubles in game Terry will make an excellent role model for your entire team. 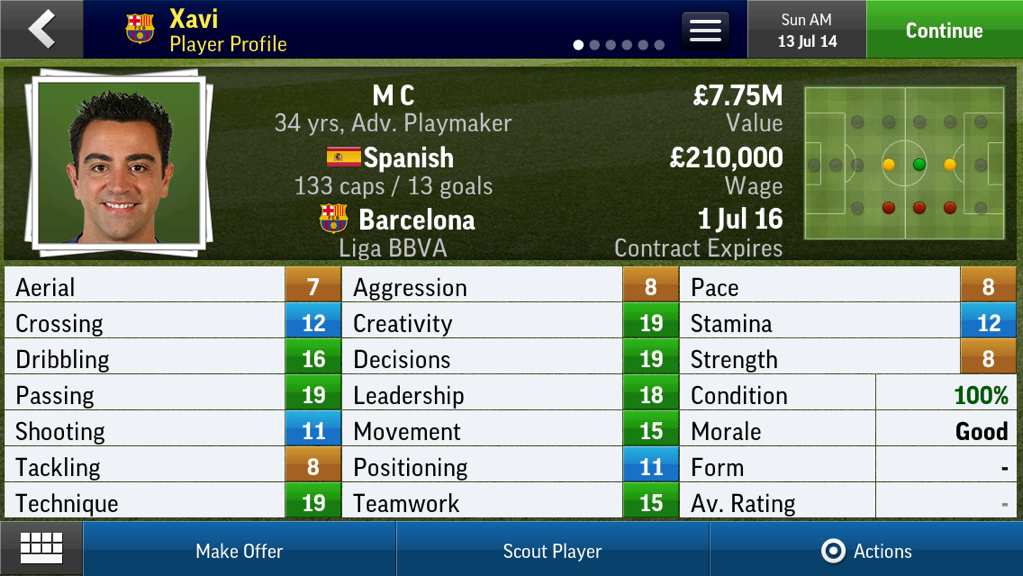 Xavi was always going to make the list as he's one of the greatest central midfielders to ever grace us with his time on a football pitch. Unfortunately like Gerrard Xavi isn't a one club man as he'll be found at Al Sadd on FMM 2016 but you must bring him back when he's ready to hang up his boots. When you talk about experienced players none are more experienced than Xavi as Mr Barcelona has won everything within the game including the lot in Spain, the World Cup, European Championships and four Champions Leagues! If he's played in it he's won it! Xavi's leadership stat is lower than everyone else's on the list but he more than makes up for that as what he's achieved as a player will ensure your squad worships him and he has a lot to teach.

That's it for my five coaches you have to keep at home, is there anyone I'm missing? Is there any player you desperately what to be a coach at a club you'll manage? If so make sure you leave a comment below.

As always thank you for viewing.