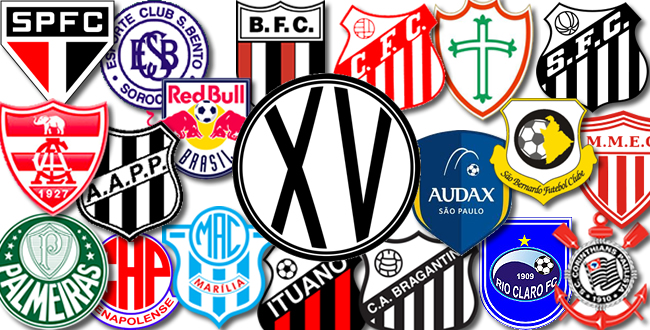 Hi everyone and welcome to my competition guide in which I will share with you with what I think will take you too win the 2 leagues in brasil, Both competitions are played in one season with the Sao Paulo State Championship starting in January, let's go through the process of the league system for those of you who are not familiar with it.

The Sao Paulo State Championship also known as ( Campeonato Paulista) Consists of 20 teams with each team playing each other once so you will play a total of 19 games in your first competition.

After you have played your first 19 games you will then enter into a 4 team play-off to decide who wins the State Championship.

So upon loading Brazil you will obviously have the choice of teams to play as if you want to play in the State Championship you will need to be careful what team you pick as some teams are not eligible for the state as they reside outside of Sao Paulo. 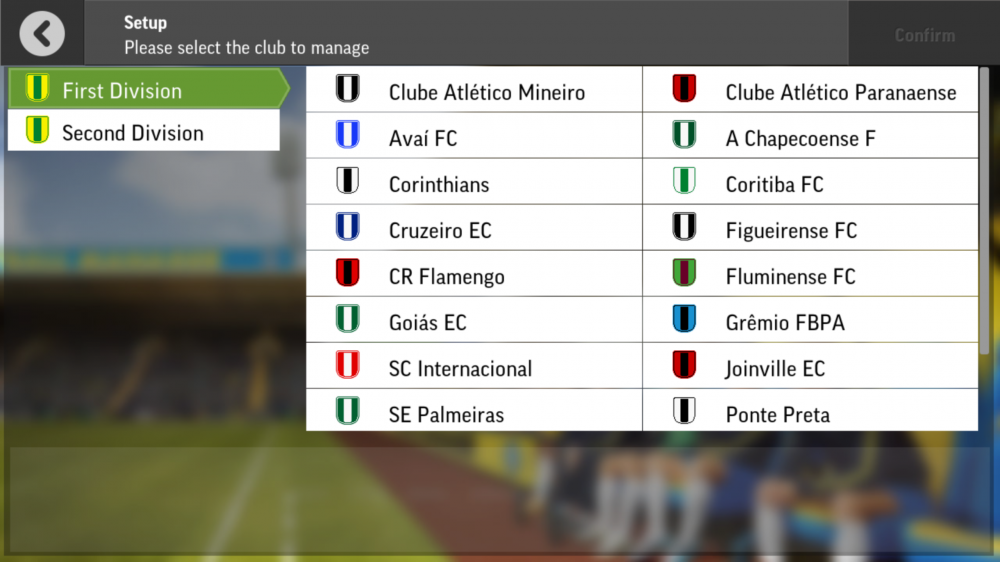 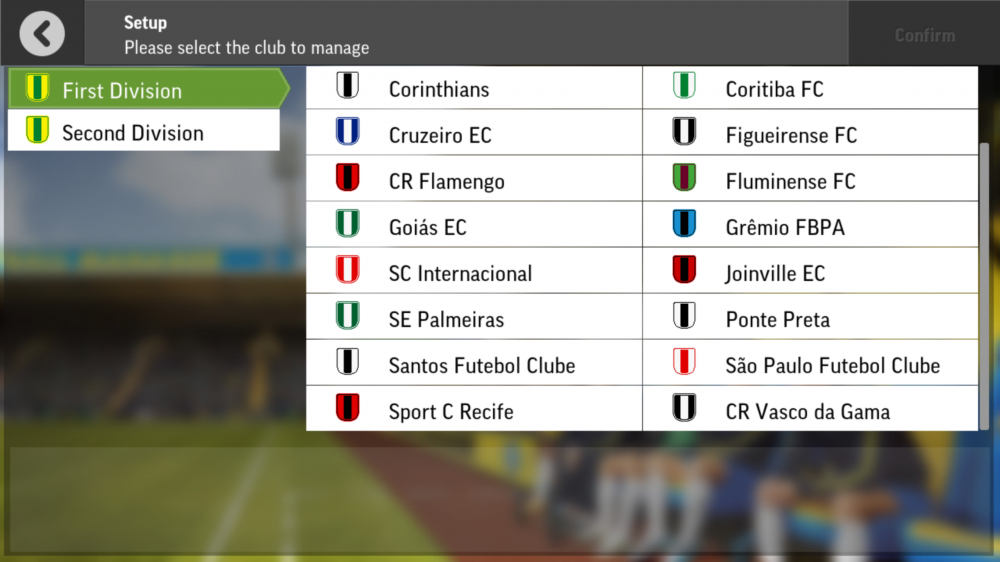 So out of the teams above only Corinthians,Palmeiras,Ponte Preta,Santos & Sao Paulo are eligible to play in the State.

So with that in mind it is time to choose your team, My preference 90% of the time is Sao Paulo or Santos, The state is quite a easy competition to win but let's take a look at how we can win it

You Have Your Team

So you have your team so let's look at finances, So obviously finances in brasil is pretty poor let's just take a look at what Santos offer at the start of the season 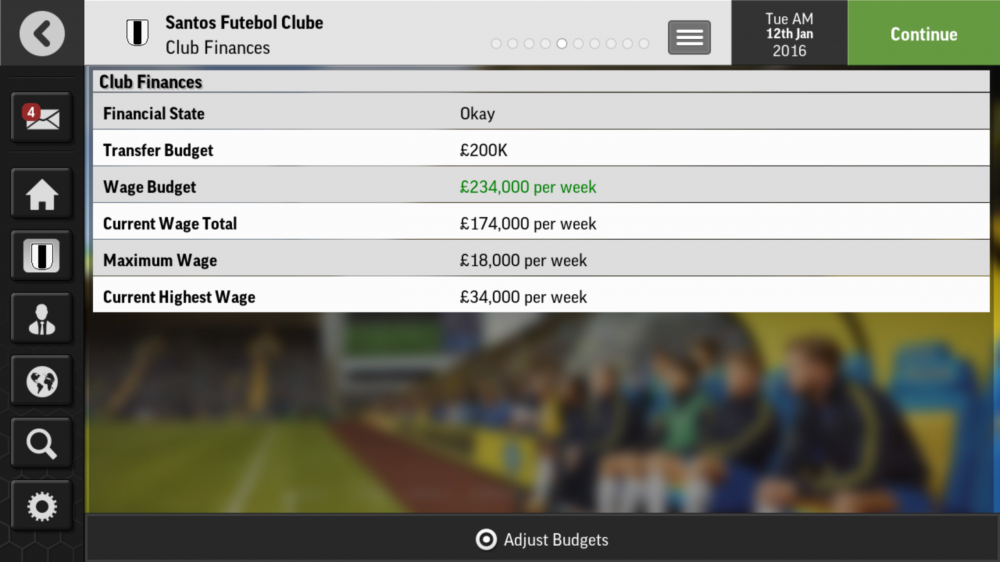 So as you can see your starting budget is pretty low a pretty rubbish  £200K but if you adjust your budget to accommodate more funds you will get around this much. 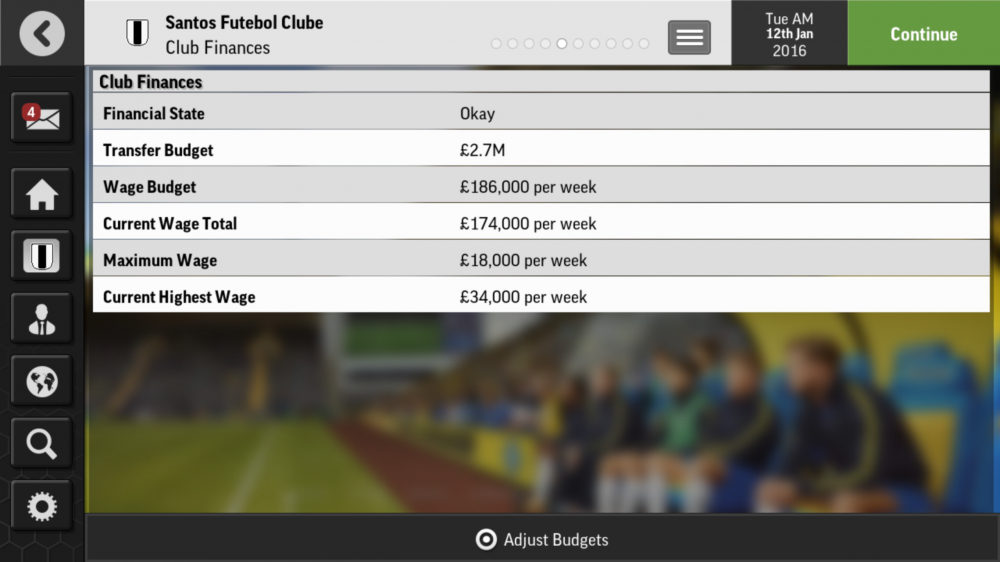 So after adjusting your budget you are giving a little bit more but that is not enough this is where you need to sell a lot of dead wood players, my advice is to transfer list the players and then offer them to clubs but offer them for less than they are worth as you get quicker offers, You can then negotiate and put the offer up, I estimate on a average basis you can make £15-£25M on selling dead wood players.

So with your estimated £20M you can start to purchase some players, There is some great players available at a very low price Sisto being one he is available for around £3M

So although there is 2 windows in the season to buy some players it is best to buy them in your first season, The first division is tough so I would suggest buying some young players that are also very good. 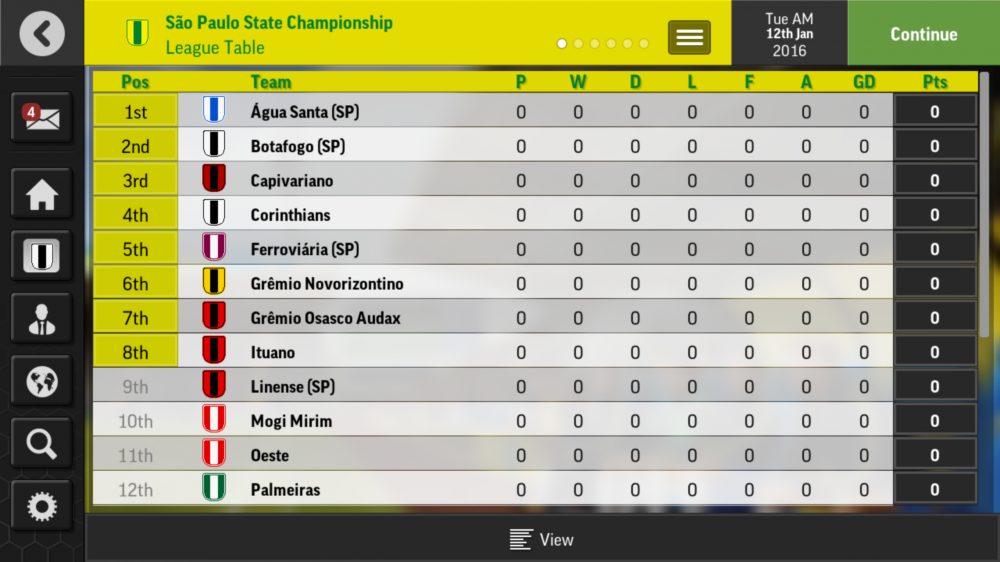 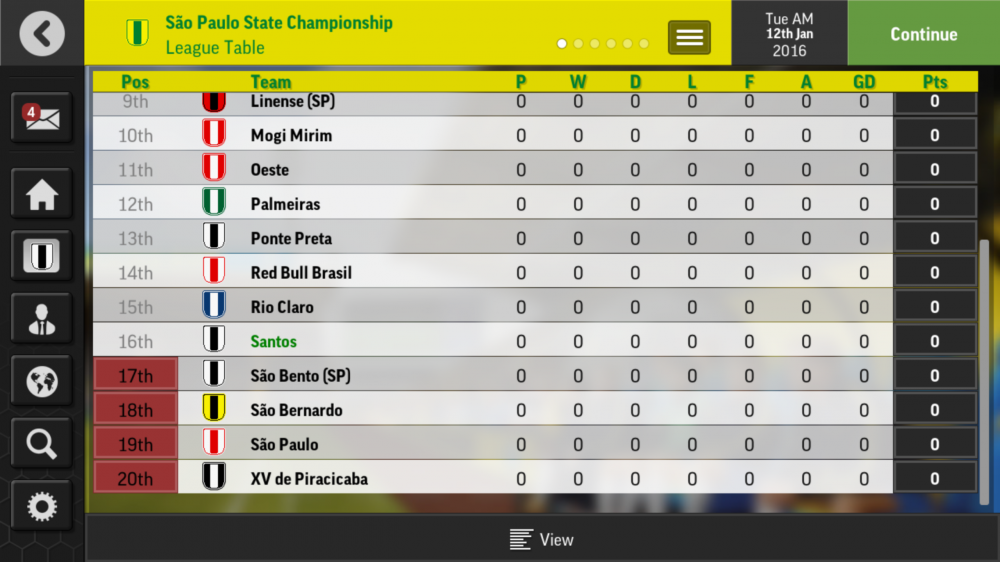 So at a glance if you don't play much in the brasil league you won't notice these teams but I can assure you if you use the right set up tactic and player roles you will smash 95% of these teams many games you will win by double figures but don't be fooled by this and then go to the First Division and expect the same results as you will be presently shocked.

So at this point you have smashed the state and you are approaching the first division so this also means that the second transfer window is very close by, if you have spent all your funds on players I would seriously suggest getting some loan players in, instead of searching for players interested turn that off and you will be shocked to see the players available,iI have previously had Draxley,Can,Oliver and many other huge talents brought in the club on loan and they will give you that added quality in the next league as you will need a good squad. 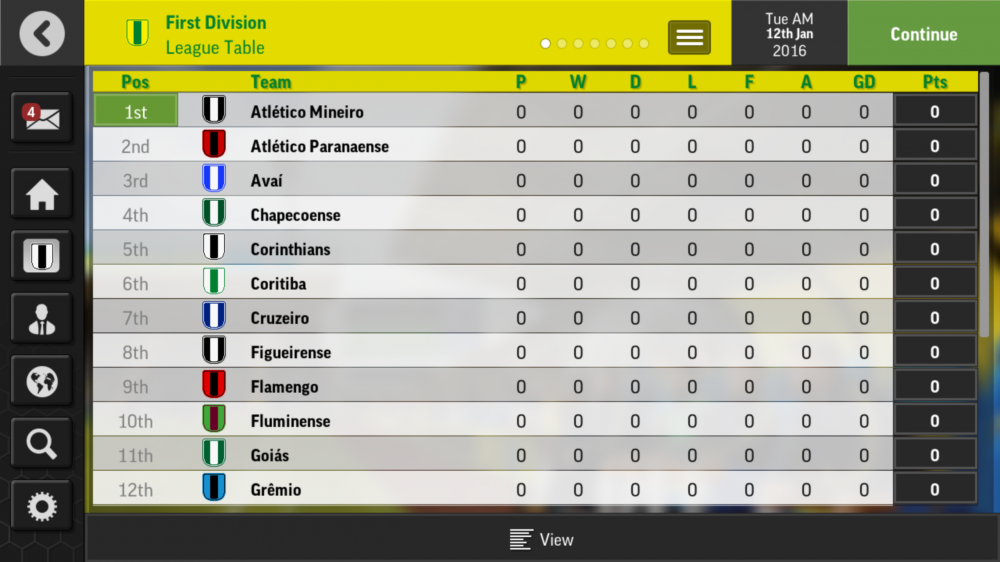 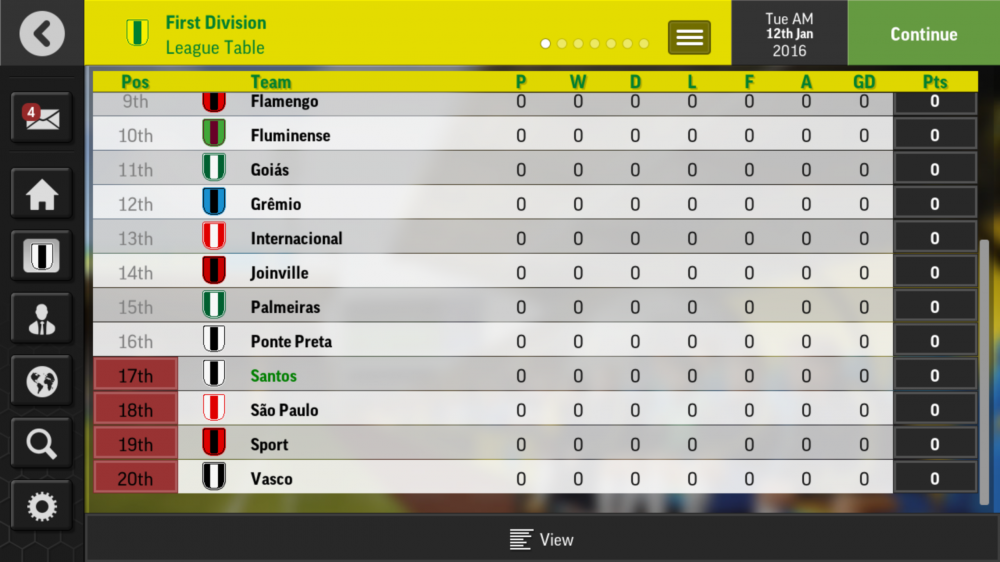 So there is some tough teams that you will face in the top Division and will really test you but to stand a chance it is all about your players and your tactics.

I hope you all enjoyed my first ever completion guide I tried to get everything in, if you feel I have missed anything or would like anything to be added please leave a comment

Thanks for reading guys!