Chat Don't get too excited for FMM2017 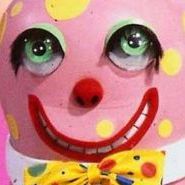 I'll try to explain this in simple 'non-coding' terms but it can lead to misunderstandings (bear with me): The AI can't decide to injure your player, their decision-making is completely separate

As a warning don't get too excited as Marc Duffy (new director of the game) has said that the game is going to get even better year on year, potentially indicating what would be a third reskin with a

Yes but surely under one umbrella something can be given for all as FMT has been announced and that is seperate too. At least an image and a coming soon would be better.