Career Rise of The Saints. 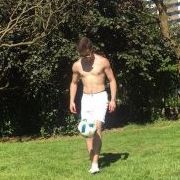