The nations which could debut in FMM17

After the announcement that two new leagues will be added to this year’s game, we thought it would be a good to tease your tastebuds and ponder over what league’s might be available at your fingertips - and the challenges they’ll give you…

Credit to Dec for the graphics Brazil’s biggest rivals probably get overlooked as a new nation because the talk of a new nation is focused on Europe. However, Argentina offer’s some unique and, quite frankly, bizarre challenges.

The country is stepped in historic glory. River Plate have a huge 36 titles to their name whilst Boca Juniors have won 31 domestic league’s. The Azul y Oro’s most recent league win was last year - well, that was before Lanus won it sometime this year. Which brings us onto our next point: the league structure.

Maybe not as confusing as the MLS but when you see a ‘division’ with 30 teams in it, you’re in for a nightmare. After studying it more for five minutes (we don’t recommended you looking at it any longer otherwise you can find steam coming out of your ears), I can’t get my mind around it. It just seems to be a case of fly wherever you like, play whoever turns up. If anything is going to stop Argentina being in FMM this year, it will be for that exact reason. 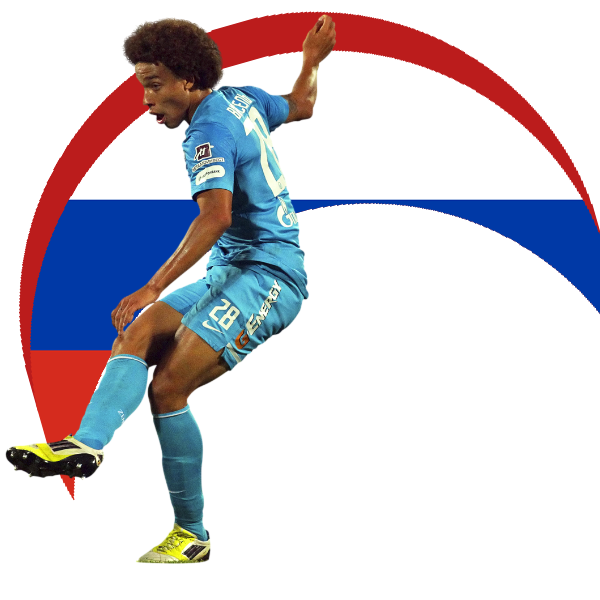 The Motherland has been suggested as a new league in FMM for so long, you would have thought it would have crept its way in somewhere. Alas, it still hasn’t.

Russia has gone through a variety of changes over the past decade. It wasn’t known as a reputable division not so long ago, just a tough place for a European away day because it was so far away (this is still the case mind).

When money flooded the league and Anji started to wave money in the faces of anyone they could speak to, the league became known as a retirement place for ageing stars. When Hulk and Witsel moved to Zenit St. Petersburg the following year, that tag was patted down even further.

Since then, the league hasn’t been as rash with its cash. Financial fair play has stamped out that ability and club’s have been a lot more conservative with their finances. So, why would Russia be any fun if there is no bucks to splash?

Well, first off, we doubt the game is going to implement FFP anytime soon so that barrier isn’t there. Also, the Russian Premier League is hardly the most attractive and glamorous of divisions, so though you might be stacked, signing superstars won’t be easy. Oh, and no Russian club has ever won the Champions League - so you can create some history (which is what the game is about, right?). 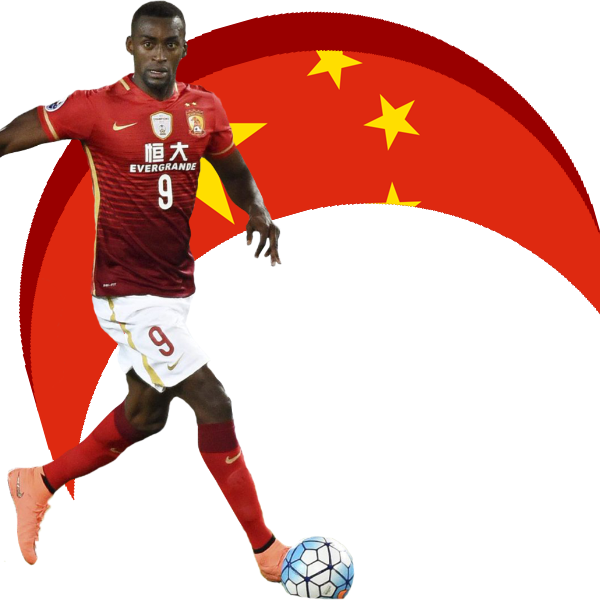 Now, if there is a league which is flooding the market, that will be China. Already home to Sven-Göran Eriksson, Felix Magath and Luiz Felipe Scolari, you won’t be rocking up in a country which only has familiar names on the pitch.

Course, being in China, the major prize is the Asian Champions League, which has been dominated by Guangzhou Evergrande in the past few years - first won in 2013 under Marcello Lippi and then 2015 under Scolari. They’ve also won the league for the past five seasons. They’re the team to beat.

Not every team in China is willing to lob money at the world’s biggest names for some are just financially stable. The league is growing and becoming far more attractive, as seen with the signings in January of Ramires, Jackson Martinez and Alex Teixeira.

And, if rocking up in a league dominated by money doesn’t convince you, don’t forget the bigger picture here - China want to win the World Cup. Could you be the genius who creates that dream a reality? From the very rich we go to the stark contrast: Greece.

Now, I’m not going to lie - the Greek Super League isn’t the most captivating of picks here. After all, in it’s 80 years of existence, 63 have been won by either Panathinaikos or Olympiacos with the latter having won 43 (yes, forty-three) of those. To put that into perspective, the only team you would be able to achieve more titles overall than Olympiacos is Panathinaikos (if the 30 season cap is still in place). The third most crowned team in Greece, AEK Athens, have 11 league titles.

The apparent attraction here is stopping the Olympiacos domination - and it is domination. In the last 20 years, they’ve only missed out on the title twice. Shoestring budgets and low profile names means it will be a long-term job, but one which would be mighty rewarding.

And, much like China, there is certainly a national team restoration which would be helped by the league being added. And by restoration, we mean you to replicate one of the biggest stories in footballing history - being European Champions with Greece.

Now, how’s that for a new league? 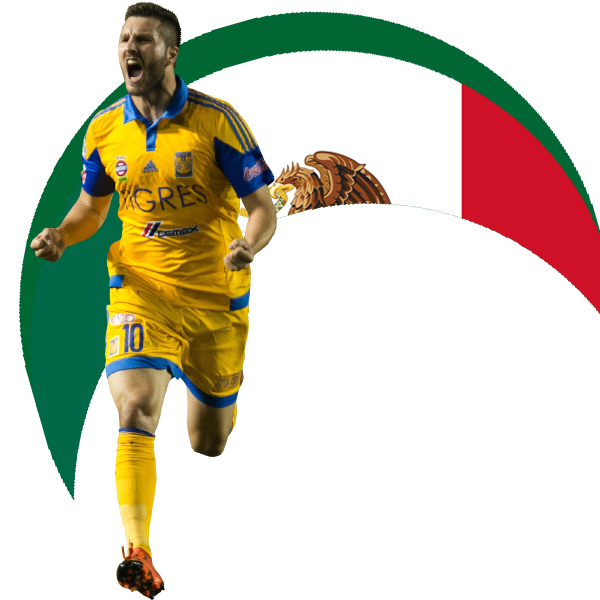 Ranked the top league in North America and the 20th worldwide; in theory, it shouldn’t be a surprise to see the Liga MX added into the game next year.

Unfortunately, like all leagues in Latin America, it’s as confusing as the next and the guidebook is long enough to make the dictionary look like a quick read. However, confusing league systems and a league in region uncovered by FMM is what the game might need to keep it fresh all year round.

The ultimate prize in Latin America, is the Club World Championship. In fact, the tournament which is so used to being mouthed and moaned at by Europeans is glorified in other continents. The tournament is hugely celebrated, and winning the competition is treated nearly as highly as a national World Cup win.

The aim here? Well, before setting your sights on December’s annual tournament, you’ll have to assert some dominance domestically. Unlike other leagues which tend to feel like sprint races, the Mexico's Premier Division has nine teams who have won a league title more than five times - América has the most titles with 12.

And you won’t be without familiar names. Mauro Boselli (remember him?) plays for Leon whilst Andre-Pierre Gignac swapped Marseille for Tigres in 2015 despite strong interest from the Premier League.

Would you be able to turn the tide and become a name associated with Mexico’s top division? Will you be the first person to guide a Mexican side to the Copa Libertadores? 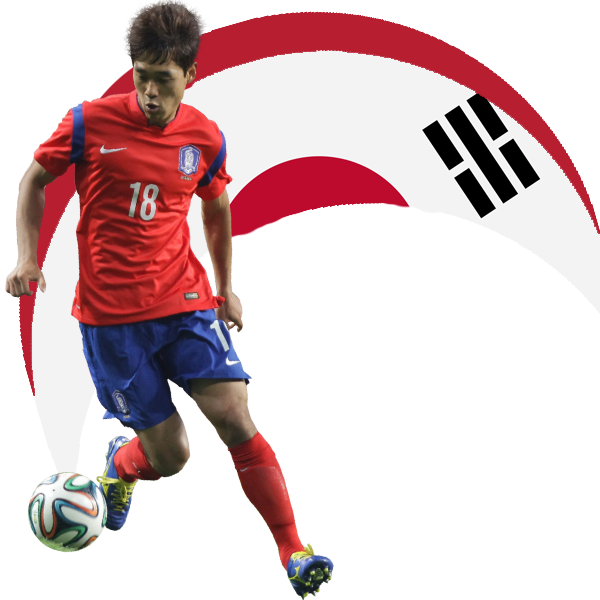 Another potential Asian nation which could featured in the upcoming game. Though admittedly not as much as an attraction as China, it does solve the game’s lack of presence in the continent.

So, what’s the catch with Korea? First off, the nation has performed better in the Asian Champions League than any other. Since it’s formation 49 years ago, the ACL has been won 10 times by Korean sides and has had six runners-up. You won’t be diving into a nation behind the times - you’ll be in with the continent’s best sides.

And before you get worried you’ll be the first Brit out there - you won’t be. Good ol’ Martin Rennie from Scotland managed Seoul E-Land FC until June this year. Oh, and that’s the next thing - the team names are second to none in originality.

While Rennie sounds like he managed a club aiming to challenge Samsung as the biggest technology business in South Korea, there is also Gangwon FC, Daegu FC and Busan IPark. What’s not to like? 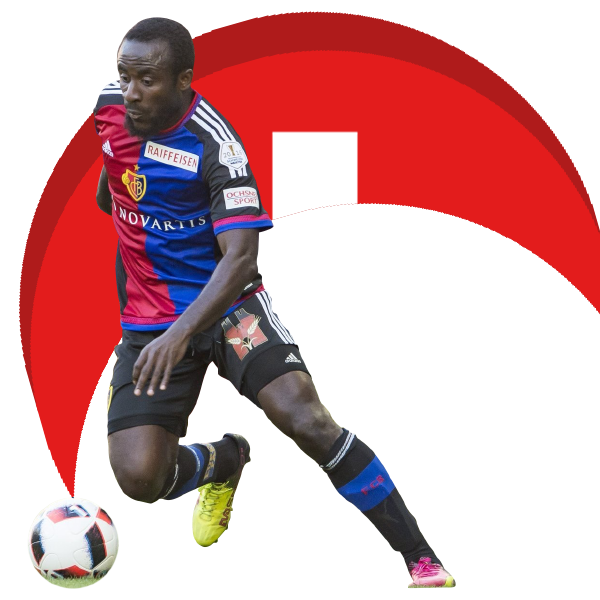 The Swiss Super League is emerging as one of the biggest leagues in Europe currently; massively down to improved performances in Europe thanks to Basel.

Switzerland has garnered a reputation for producing some of the hottest talent in Europe. In recent seasons we have seen Graint Xhaka go to Germany before moving onto Arsenal and this summer, Football Manager favourite Breel Embolo followed the same path as he swapped Basel for Schalke.

Whilst toppling Basel may not prolong your interest for long, the real question is whether you can make an impact on Europe’s biggest stage. It wasn’t so long ago that Basel knocked aside Tottenham in the 2012-13 Europa League before losing out to eventual winners Chelsea in the semi-finals.

While Basel swoop up league titles and wave the Swiss flag midweek, there are sleeping giants galore in Switzerland. Grasshopper, who have won the most domestic league titles and were the first Swiss side to qualify for the Champions League, last reigned Switzerland in 2003. It wasn’t until 2013, 10 years after that title win, that they then won their next piece of silverware.

Notable other mentions go to Servette FC who, having won the second most league titles, now flirt between the first and second divisions. FC Zürich and Young Boys’ trophy cabinets are starting to gather dust - the question is, will you be able to overcome Basel? Or will you be the one to guide the Champions League to Switzerland? 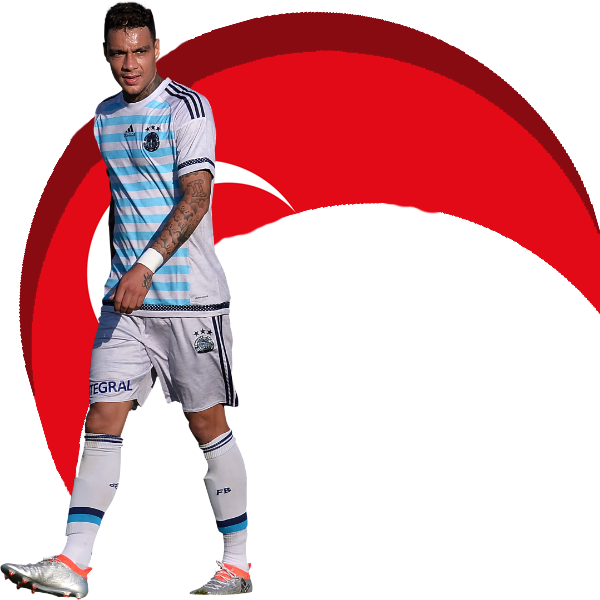 People will argue that Turkey and Russia are of a very similar mould: both leagues attract ageing stars; but this isn’t true. Whilst Russia has only been able to attract recognisable names for the past few years, Turkey has had a huge appeal for decades. In recent years, club's have arguably been pulling above their weight.

Wesley Sneijder moved to Galatasaray (despite interest from Manchester United) off the back of Internazionale’s Champions League win. Robin van Persie was a huge coup when he moved to Fenerbache last summer, even though he could have easily stayed in western Europe. Mario Gomez guided Besiktas to their first league title last season since 2009.

It’s not just big names on the pitch Turkey are attracting. Roberto Mancini and Cesare Prandelli have both been employed by Galasatary in past seasons before being dumped off. The late Luis Aragonés joined Fenerbache after his Euro 2008 success with Spain. Vítor Pereira, who was manager of Sarı Lacivertliler before being sacked at the start of September, has recently been replaced by Dick Advocaat.

But while the big two throw punches and try and beat each other in every way possible, the Turkish Super Lig is always susceptible to a huge upset. Last season, Besiktas won the top prize in Turkey; Bursaspor won their first championship in 2010.

A mad league, temperamental chairmen and a big enough reputation to entice some of the best players. There’s no two ways about it - Turkey is one we would love to see next year.