Who is the most important? (An experiment)

Who really is the most important?

At 34 I have just hung up my Sunday League boots. 26 years of changing room banter and more heated arguments (and punch ups) than I can count.
If I had to pick one topic of discussion that came up the most it would have to be around playing positions
and which area of the team is most responsible for the success or failure of the team.


I'm sure you have been there, the Strikers claiming that without them the team would be bottom of the league,
the Defenders biting back and saying that it doesn't matter how many they score if the team concede too many.
The Midfielders chipping in claiming they do everything so naturally they must be the most crucial department on the football pitch.

Take a below average team in a division, Bournemouth, and import a world class player and simulate a season. Do this using a Defender, a Midfielder and a Striker replaying the first season again with each new player. Compare the impact they had on the team.

We all have our own idea regarding the best players for certain positions but we tried to keep personal feelings to one side and use who best fits the roles on FMM.

Sergio Ramos- A brute of a defender, overpowered in FM
Paul Pogba- An all round midfielder who can contribute at both ends of the pitch.
Cristiano Ronaldo - possibly the perfect definition of a goal scorer.

I'm sure you have heard of the butterfly effect. No not the film stupid, the theory. Basically a small occurrence in one place may lead to big consequences somewhere else. With that in mind we had to think ahead and put certain measures in place to protect the experiment.

1. We had to increase Bournemouth's reputation to stop the players wanting to leave for a 'bigger club'
2. Change Ronaldo's positioning to make sure he plays as a striker through the middle.
3. Most importantly use the same save. Talisman made the above changes and then saved the game which made sure all Bournemouth's players had the same PA across all 3 individual seasons as did all the other players at other teams in the League.

The first world class player was imported and the 2015/16 season simulated (Holidayed for fairness as our own tactics get more out of certain roles).
The game was then closed and the save was loaded up this time importing the next chosen player and the 2015/16 season simulated again.
Rinse and repeat for the next player and then we were able to compare who really did impact the team the most! 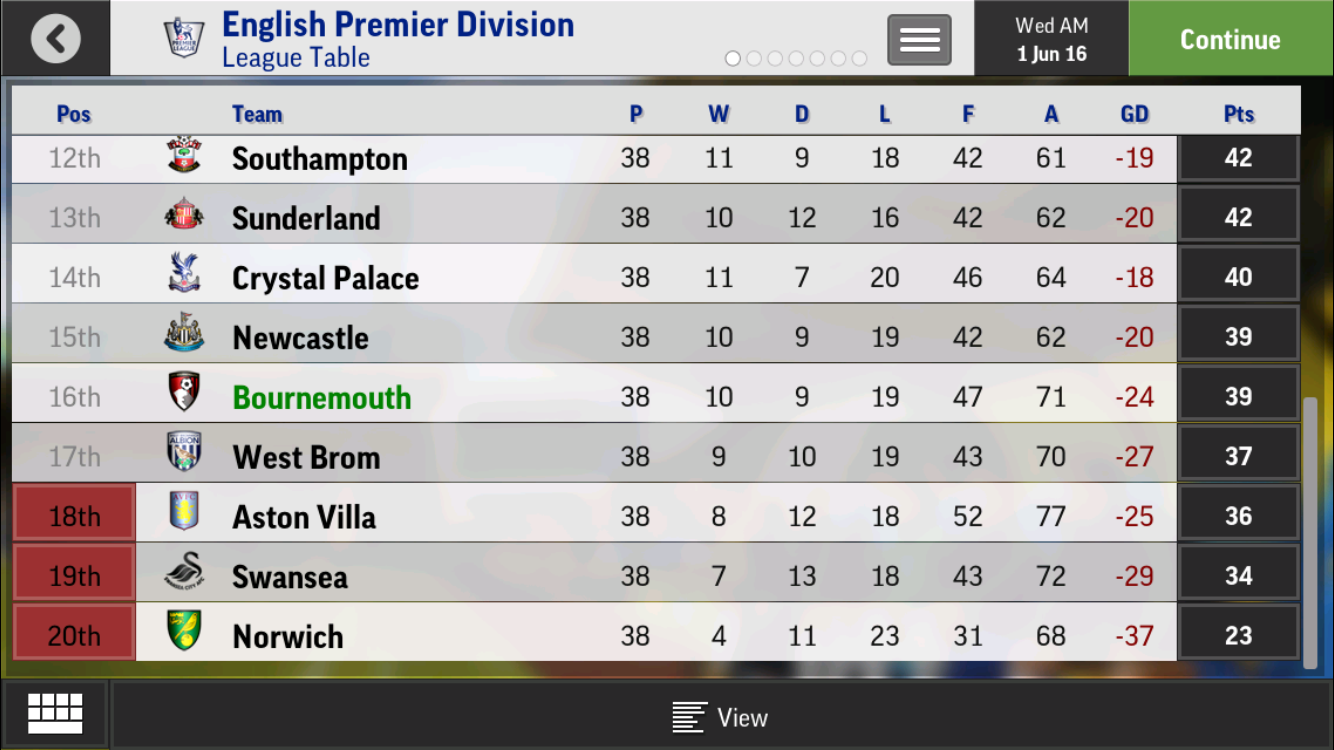 With Ramos being first up we don't have anyone to compare him against yet so let's look at another player and see what we can find out. 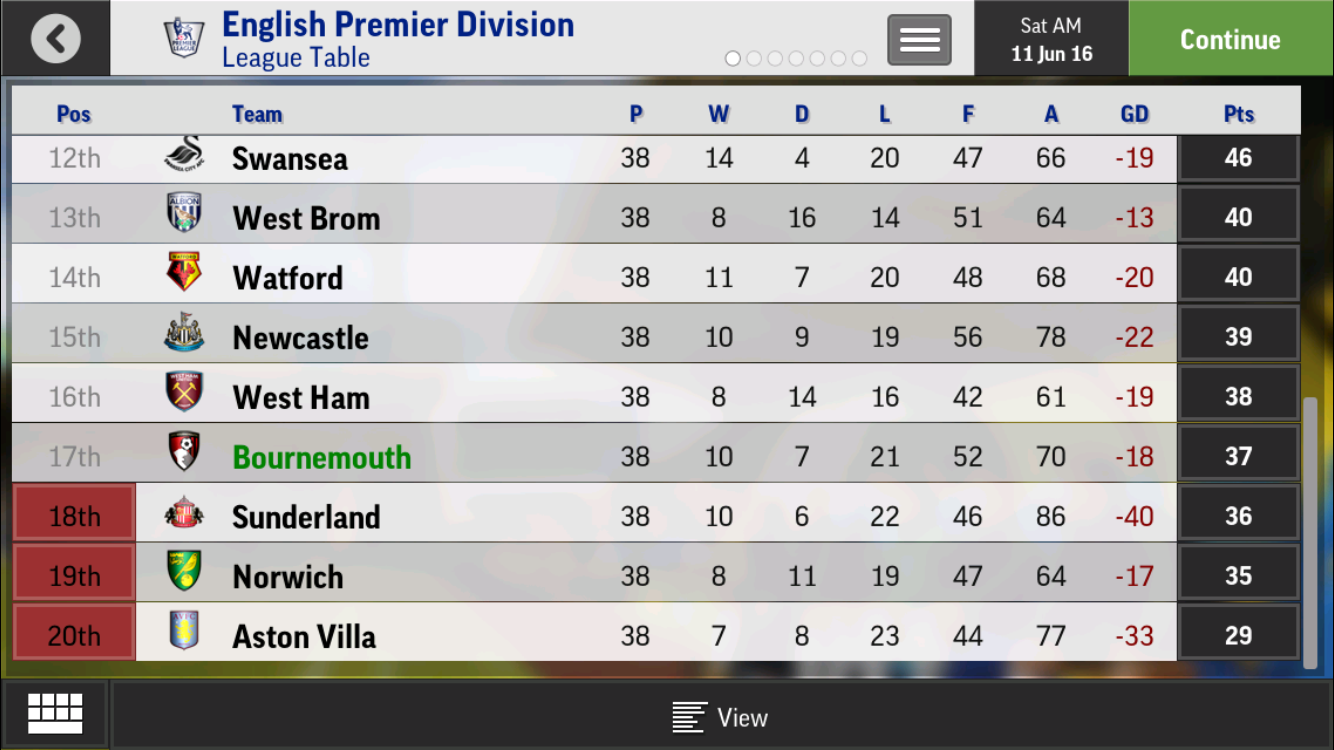 As you can see Pogba failed to help Bournemouth to a higher league position than Ramos.
Crucially they both won the same amount of games but Ramos helped turn 2 defeats into draws .
Interestingly, Pogba helped Bournemouth to reach a better goal difference than Ramos
proving that a good midfielder really does contribute to both areas of the pitch, attack and defence. 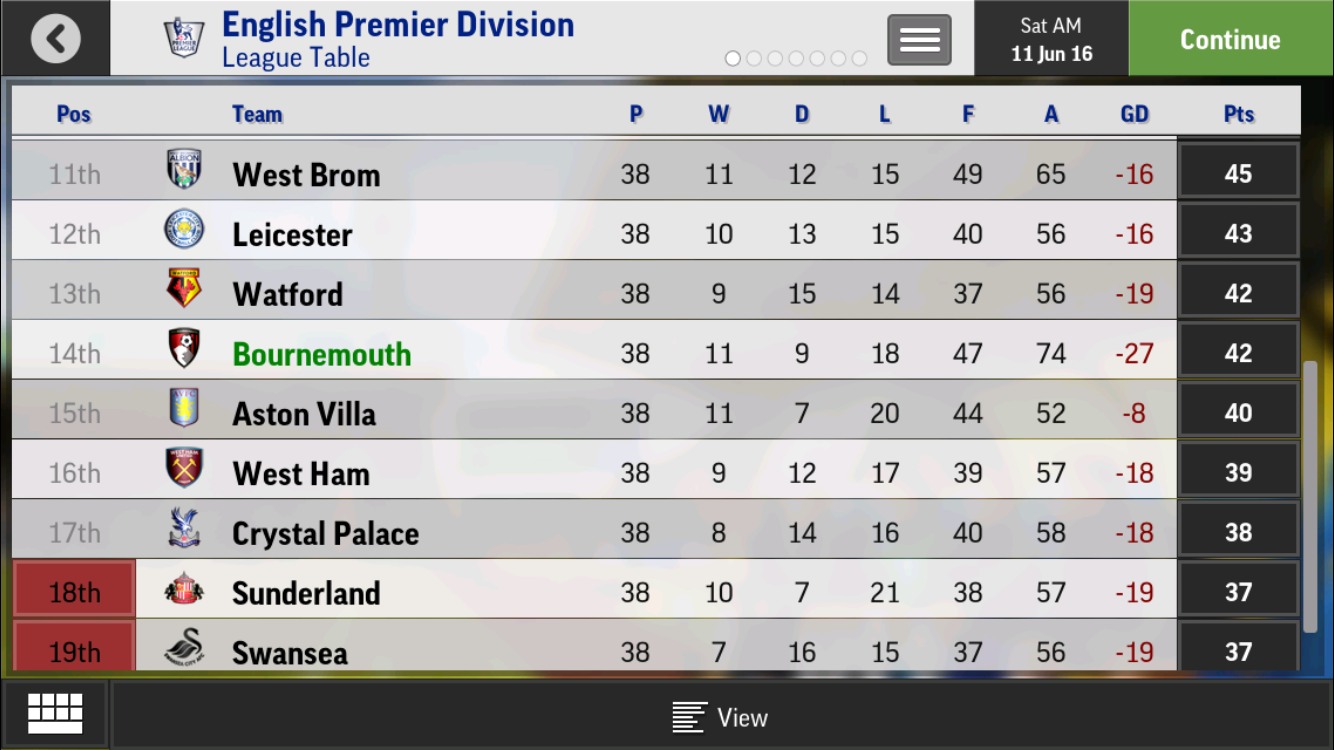 Now this is a tricky one. CR7 helped Bournemouth reach their highest league position, a lofty 14th. Case closed?
No not quite.
Further inspection shows that the team conceded the most goals with CR7 in the team, no surprise as he contributes nothing in defence.
Surprisingly though, Bournemouth scored the joint least amount of goals with Ronaldo in the team.

On outright League performance it looks as though Strikers really are the most important position in the team........

No, no, no.! Sorry I'm not having that. 26 years of sitting in changing rooms surrounded by pretty boy strikers and their perfect hair whilst me and my fellow defenders are sat muddy and bloody in the corner having to listen to how they won the game.  I'm not leaving this here....

Thankfully the Ronaldo result is just an consequence of the randomness of football. To finish with a far worse goal difference than the Pogba season suggests that it's not so clear cut and what is 5 points or 3 League positions anyway. It's not like winning a trophy......... 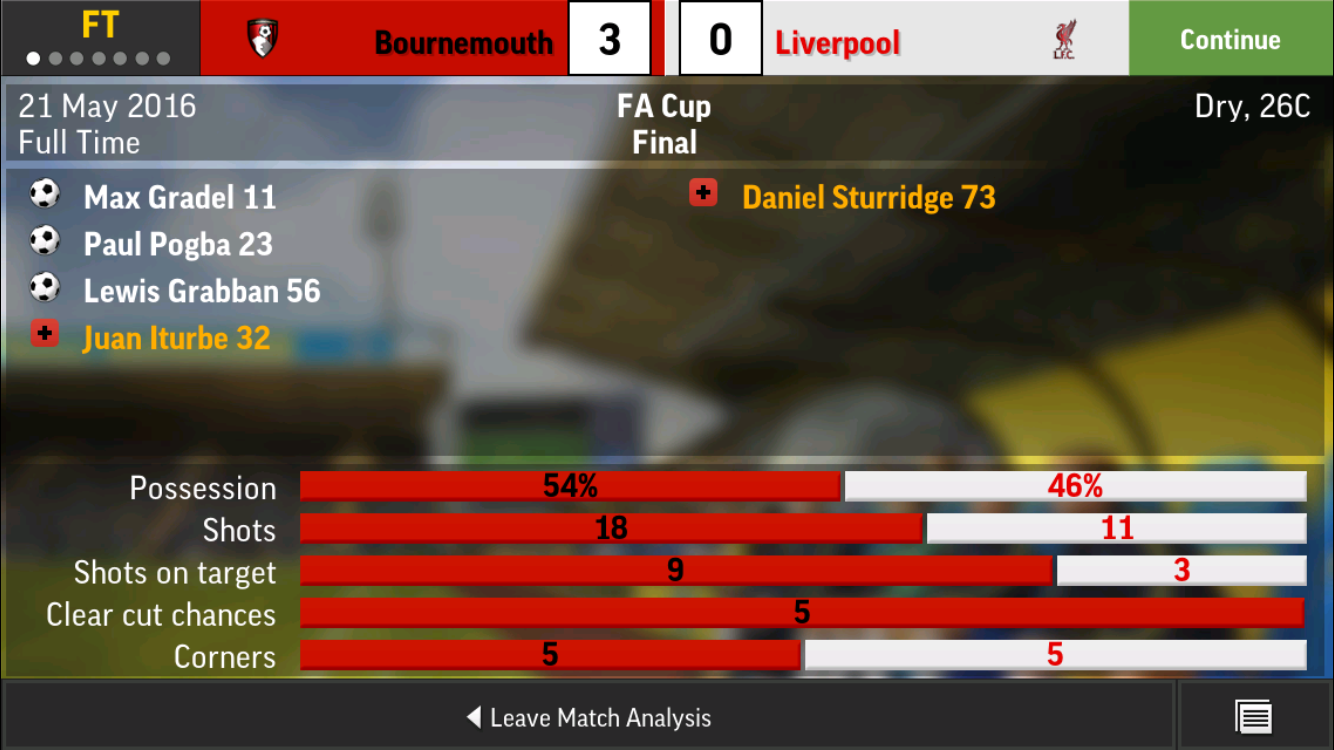 Whilst not quite enough to make the Midfielder the outright winner it's certainly enough to stop the glory hunting striker taking all the glory.

Besides, I will always remember what a former coach whispered to me as I struggled to put my socks on after a game.

'It's the defenders who decide who wins the game. The attackers only decide by how much'.

Conclusion? There is none. Let the banter rage on!

Thanks to @Talisman for all his hard work.