Managing international teams isn't always everyone's cup of tea - but I'm going to challenge that today by showing you a few team's you'll want to have a crack with on FMM17.

You didn’t think I would include England? Tough, for as long as they (continue to) fail at international tournaments, they’ll forever be an exciting team to take over.

Exciting; as soon as you manage to wrangle the player’s out of their desire to continuously fail and upset 53 million people. However, that shouldn’t take too long.

On Football Manager, England’s team is good - in fact, it might be argued that it’s actually one of the better ones. There is no denying the quality within the squad, and due to the wonderful facilities in England, not only do you have a large pool of players to choose from, but you’re bound to have an endless amount of world class regens popping through the country's top teams.

The aim is simple: win the World Cup. In fact, getting past the quarter-finals of a major competition might be celebrated as if you have won the World Cup, but you shouldn’t settle for that. England have the class to win tournaments - go and make it happen.

This, is a little more short term - however there is nothing stopping you from making it a long-term project.

There’s no doubting it - Argentina have one of the most talented international teams in the world. I mean, just look at their attacking options: Sergio Aguero, Angel Di Maria, Gonzalo Higuain, Angel Correa, Ezequiel Lavezzi. And I haven’t even mentioned Lionel Messi yet (you think I forgot about him? Pretty hard to do that…).

The reason for suggesting this as a short-term save is, this is arguably one of the most blessed Argentina sides in countries history. Love him or hate him, who would like to see Messi finish his international career without a World Cup medal? This side allows you to go absolute bonkers - go for a 4-2-4 if you want to go gung-ho. But don’t let a talented generation go out without it’s place on the top of the world.

There is a World Cup being hosted there in two years, and quite frankly, if you add up the ages of the players in the squad, the sum might be larger than the amount of years this world has been in existence.

The Russian squad is ageing. Igor Akinfeev isn’t the keeper he once was; the Berezutski twins are still playing despite being eligible for a pension; and it doesn’t get any happier the further up the field you go.

There will be a lot of expectation on you to do well in 2018, but in the meantime, you have two years to reshape the team and try and get past the group stage - and I mean, try. Russia have never progressed out of a World Cup group.

Beyond 2018, the nation is your oyster (if Vladimir Putin hasn’t decided to fire you by this point). Russia’s population means you’re likely to be given plenty of fresh, exciting regens - and, come on, we all know the Russian regens on Football Manager are good.

If none of that inspires you, this will; do you remember Euro 2008 when Russia got to the semi-finals? Remember how brilliant that side was? Andrey Arshavin was wonderful to watch; Roman Pavlyuchenko was still considered a good player. I challenge thy to replicate that side again. Only this time, go onto win the tournament. 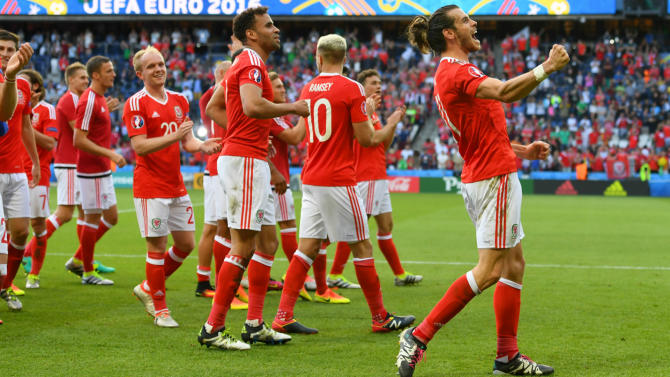 Yeah, I know - another home nation side, but after their performance at Euro 2016, who wouldn’t want to give the Welsh a go?

I’ll admit (and I don’t intent to start an argument here), but Gareth Bale carried Wales through last summer’s tournament. But isn’t that the attraction? Wales never reached a major tournament with Ryan Giggs - Bale is a freak of nature, but he’s also bloody brilliant.

Chris Coleman received plaudits for the way he set his side up and he got his tactics spot on - in fact, I don’t see why you should change the system. Honestly: how many of you reading this have played five at the back? (you don’t have to answer that, because I know the response: not a lot of you).

Wales are on a high from last summer’s success - so build on it and take the Dragons to Russia in 2018. And hey, you might upset the odds again.

There are fallen giants; there are rebuilding jobs; and then there is the Dutch.

Quite honestly, what has happened to them? Once the hipsters of Europe with Ruud Gullit and Marco Van Basten leading them to Euro 88 glory. And now, they can’t even qualify for the European Championship. You know what makes it worse? They increased the amount of teams - and still failed. Albeit it on the wrong end of the success scale, but that’s quite an achievement.

This is quite a big job on your hands, but it won’t be impossible to build something to make an impact at the 2018 World Cup. The project is a long term one. The squad which came third in the World Cup 2014 has gone out of the exit door.

The current crop isn’t the worse but it certainly isn’t the best - it doesn’t leave you licking your lips with excitement. Kevin Strootman is still around (when he isn’t injured) and you have Memphis Depay, who still has a lot of potential but he’s slipped off a little in real life. You now need to rebuild this nation, and take them back to where they belong.

And if you’re good enough, you might bring the Dutch their first ever World Cup. Now how’s that for a save?

Think I missed anyone out? Comment the international teams you're looking forward to managing in next year's game!