Five Strikers Who Deserve An Upgrade

With the winter transfer update nearly upon us, we continue our look at some players who deserve a stat boost in-game following a decent start to the season. Here we look at the strikers who have impressed recently with their goalscoring exploits. 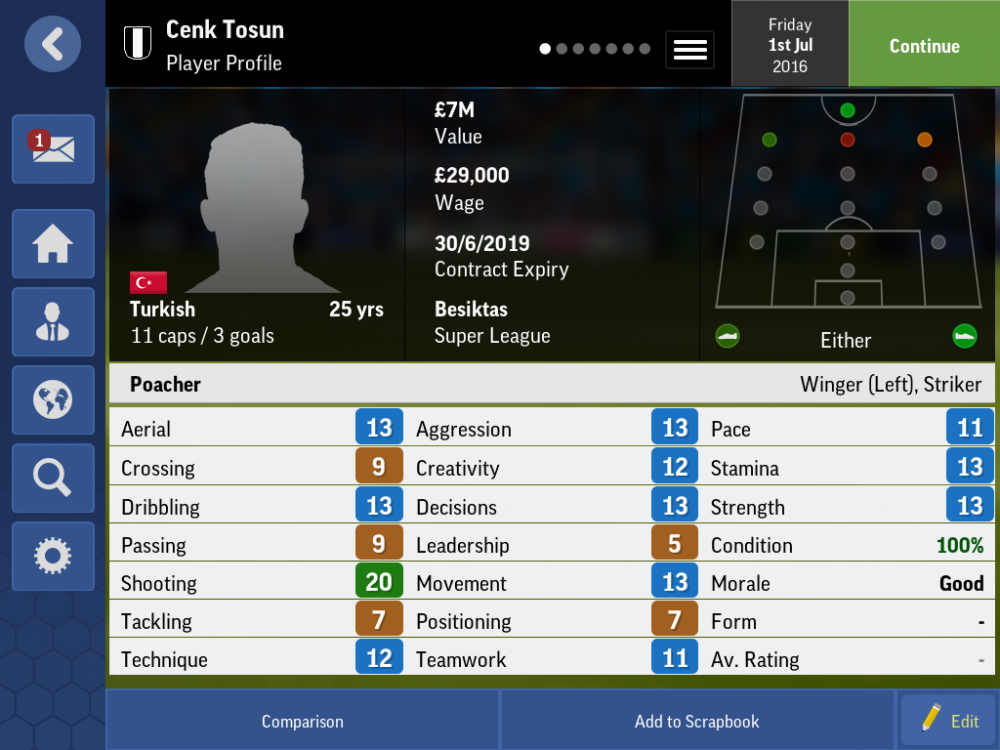 It’s no surprise to see a striker with a shooting rating of 20 as the top scorer in the Super Lig, but there is more to Cenk Tosun’s game than just finishing. His passing deserves a bit of a boost – it still isn’t one of his strengths, but he has a number of assists this season, and he also plays the vast majority of games, so his stamina deserves a boost too. His strength is in the air, and I would expect his aerial ability to improve. 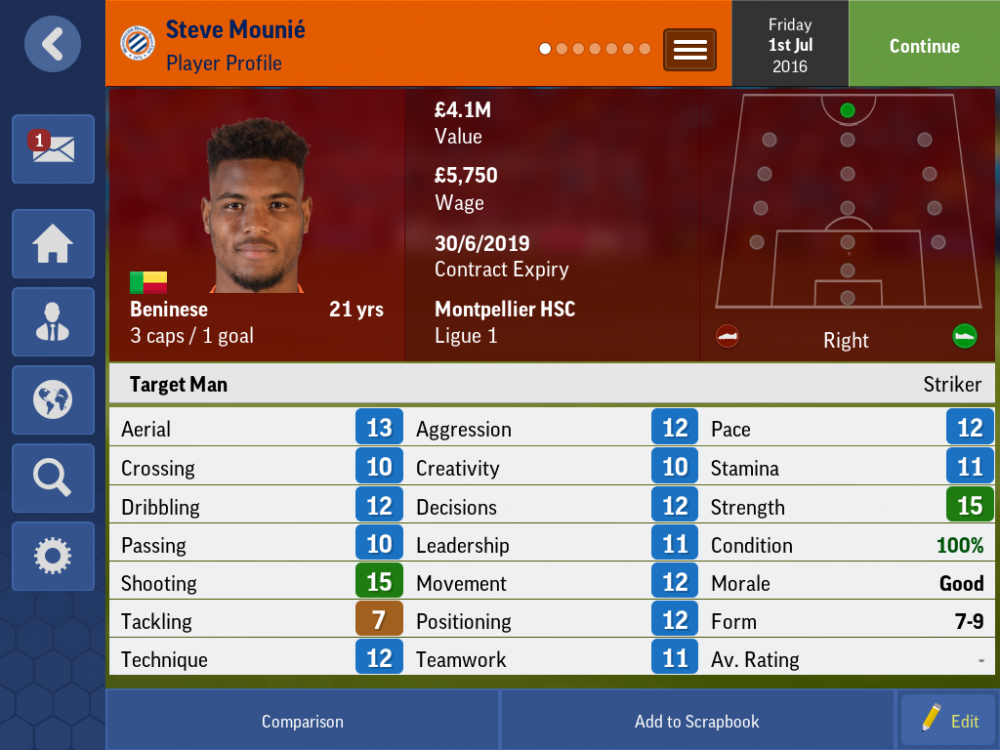 Beninese striker Mounie has a record of one goal in every two Ligue 1 games this season – a good record in anyone’s book. His shooting score is 15 but could do with an increase, while a number of his goals have been headers, so his aerial ability needs a big boost. His passing is still not great so probably won’t increase, while he’s earned a red card this season so his aggression may also go up. Certainly one to keep an eye on. 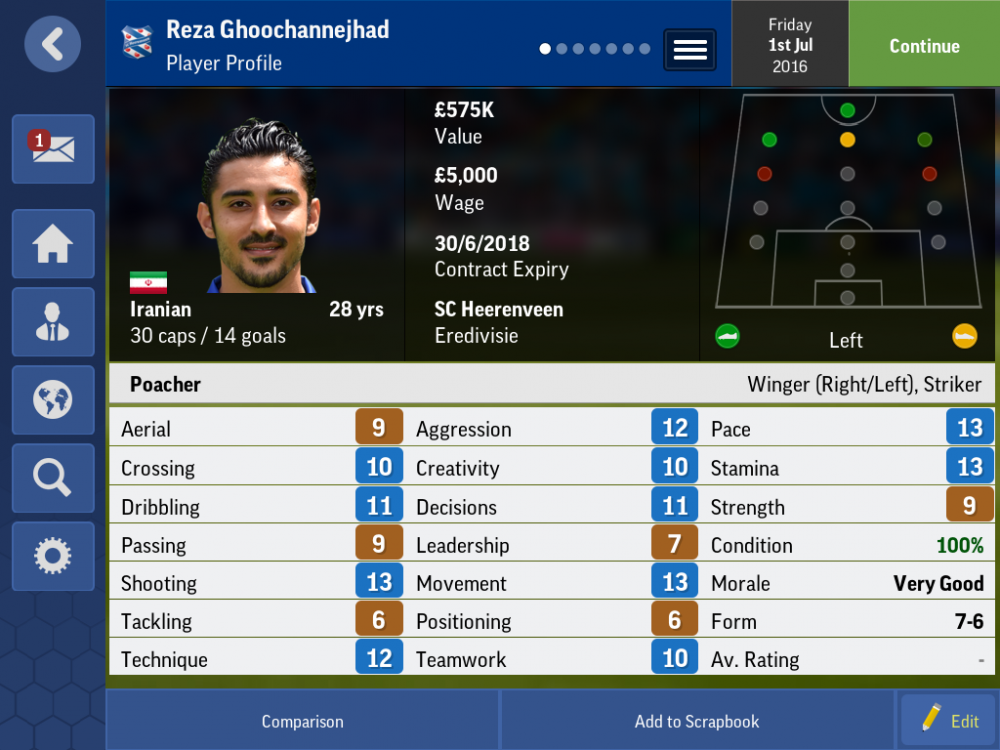 Now here’s a guy that’s going to get a big jump. The former Charlton striker has made a huge impact in the Eredivisie this season, scoring 14 goals in 25 games. His shooting deserves a boost by at least two points, as does his strength, as holding up the ball is a key part of his game. He likes to lay the ball off and bring others into the game, so his teamwork should also increase. A big value boost is likely too. 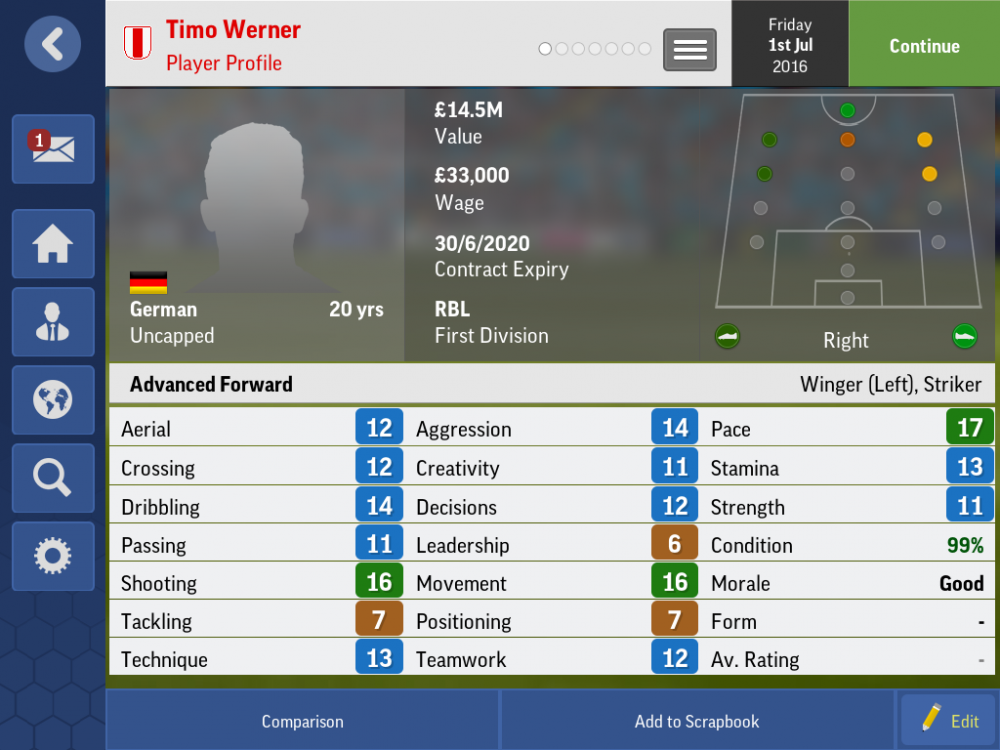 One of the brightest prospects in European football, Werner starts the game with good stats and a high value but they are only likely to improve. His finishing is already good but may see a jump, while his passing should get a small boost as should his dribbling. Based on where he has played so far this year, he could well lose his rating as an attacking midfielder too. 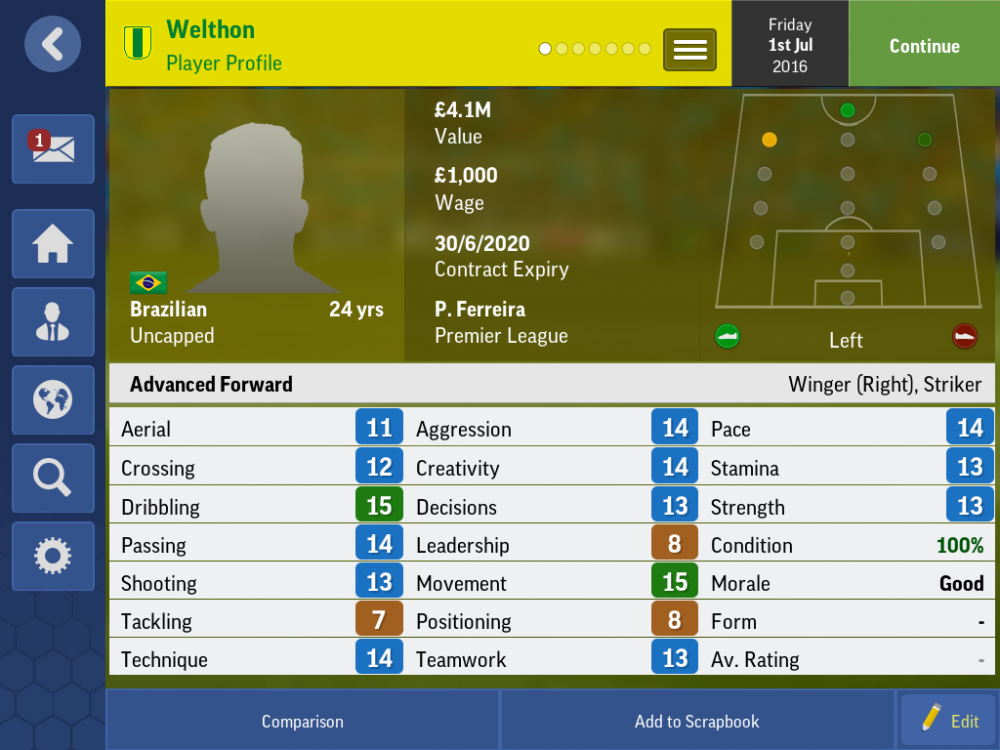 Brazilian Welthon has been in good form for Pacos de Ferreira this season, scoring 11 goals and assisting four in 24 appearances. His shooting and aerial ability deserve a boost, but his passing, strength and teamwork may all take a hit. However, on balance, is it worth the trade?