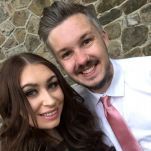 I can picture it now, Depay on 79 goals going into your final fixture, your hand shaking so much you accidentally put him in goal but don't notice...

I can't see you running into many issues but if you do my advice would be to use a player in his peak, you need a player at the top of his ability and not one finding his feet still. We've seen what d