Analysing The Opposition - A Tactical Guide

Good day everybody and welcome to this new guide. Today, we will be looking at how to analyse the opposition before and after matches, and what effect doing it can have. Let's begin, shall we?

Something I think many people ignore are the Pre-Macth reports, which can be vital in moulding your game plan to outplay your opponent. 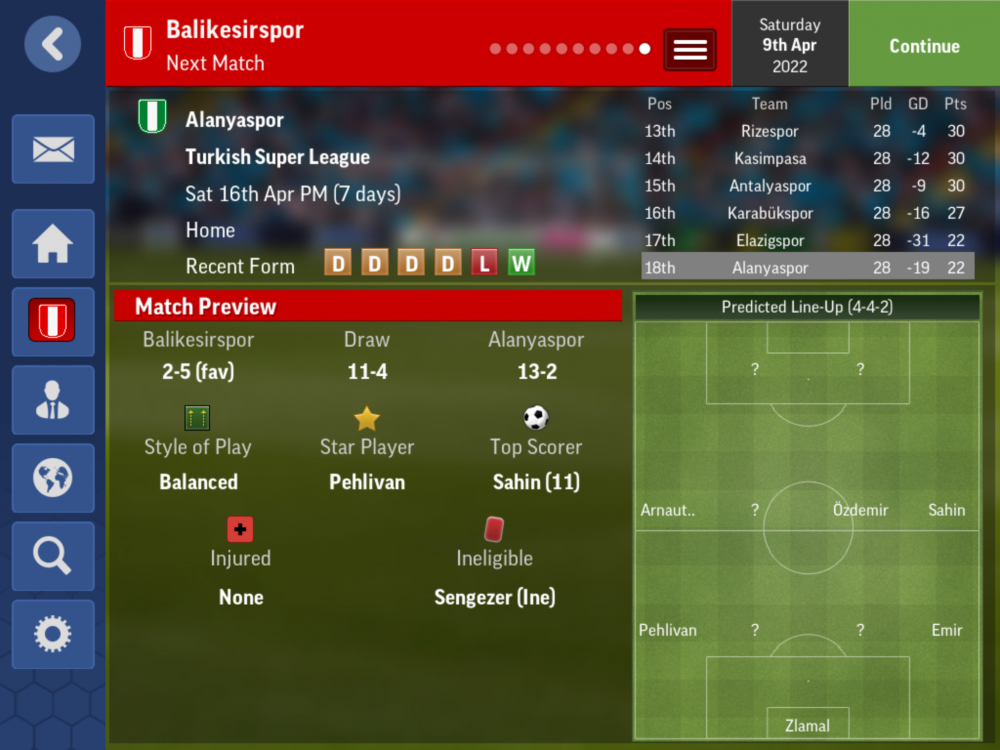 This page can really unlock a team. Spending 2 minutes studying it can really boost your chances of gathering those valuable 3 points, or defending that lead in a Cup tie.

What can we gather from this report, and how can we use it to exploit the opponent?

1. The opposition lack 2 main CB's. This means if we put a strong Target Man up front and play it wide and direct, he can outpower the inexperienced Centre Backs and hopefully score.

2. Player Ineligible. Their main striker is ineligible for this game due to us being the parent club, meaning they have a weakened attack. This means we can play a more attacking approach without being too worried about defence.

3. Recent Form. As you can see, the club's recent form is awful, with just one win in six. This means we can play a more confident brand of football in the fixture.

4. Formation. Looking at the formation can be the key to picking out holes in the opposition. Unfortunately, the 4-4-2 is a solid formation with no obvious faults. If you dig deep enough however, you can pick out a few massive cons. 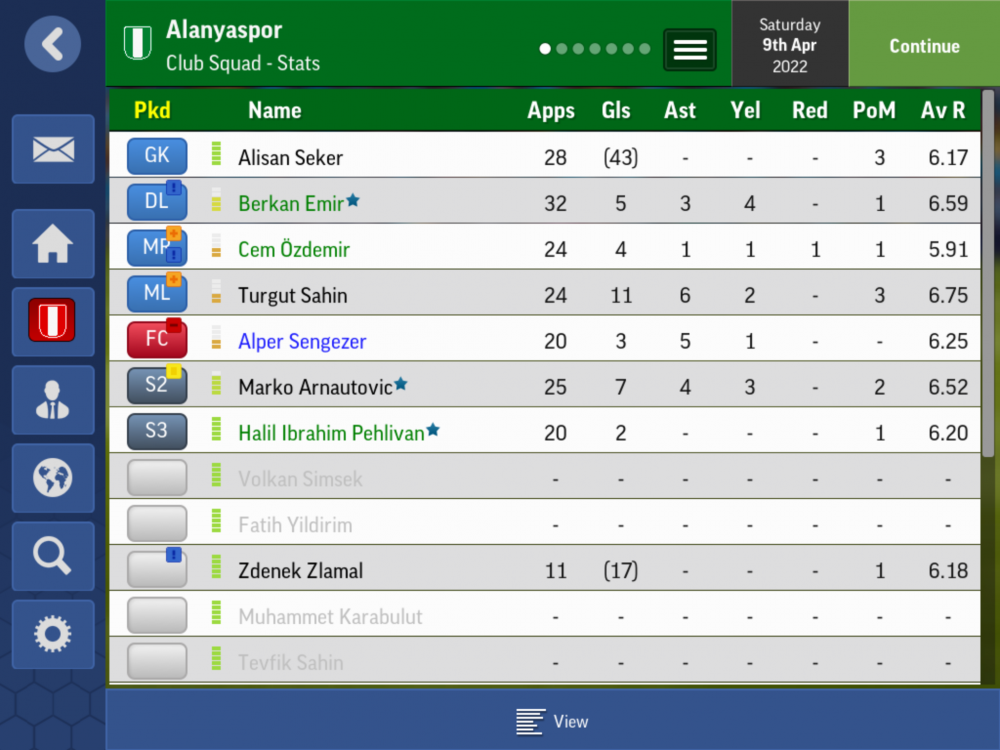 Using this page can show individual player stats and show weakness in specific spots on the pitch, making it easier to pick holes in solid formations.

What here can we pick out?

1. All of the clubs wide players, full backs and wingers, have dreadful average ratings. This means we can exploit the wings by playing down both flanks in game.

2. Fitness. Most of the clubs players are incredibly unfit and will likely struggle in game. This means when playing, we can play a more reserved approach until the last 30 minutes, and then go full steam, whereas the opposition will be tired and slow.

There are many more things you could pick out here, but I'm just running over it.

So, the match is upon us. For this example, I'm using a backup save of The Journey to show the results. 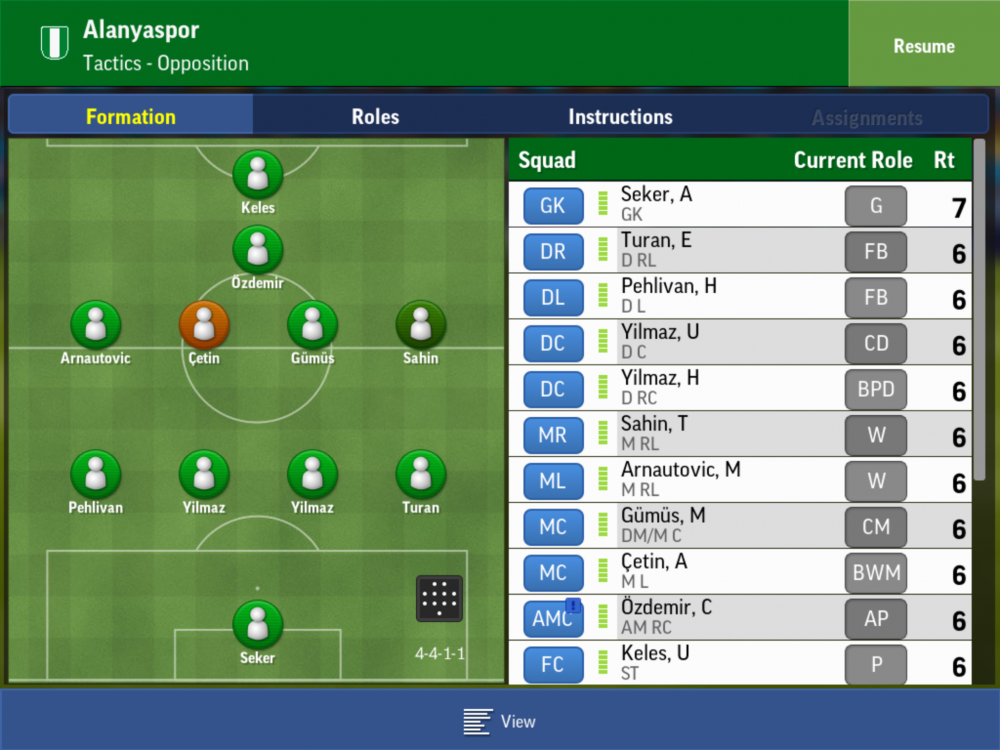 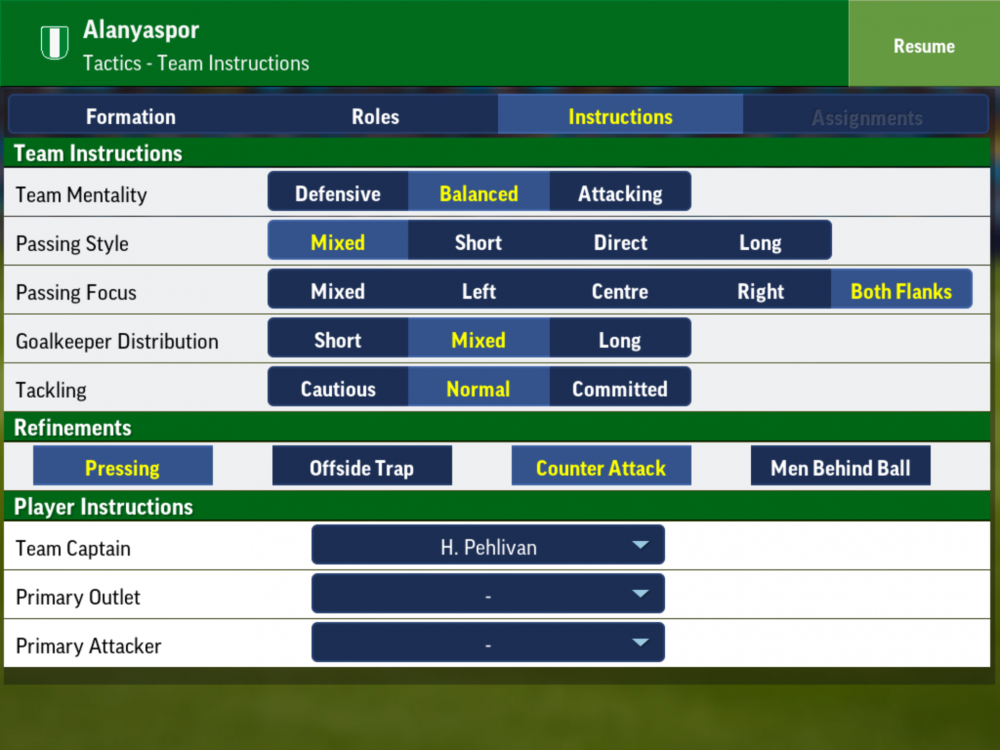 This part can be important as it can really set your team up from the off for the fixture. Thanks to the previous step, we already have an idea of the teams playing style and weakness. What about this page?

From these features, what can you gather?

1. The team are playing a different formation to the one shown before. The attacking threat is weaker now, meaning we can play a bit more attacking.

2. No Offside Trap. The team are playing no OT, meaning that the defenders may stray out of position. This could be crucial for your wingers and strikers.

3. Playing down the flanks. The team are playing it down the sides, meaning that's where the majority of there players will be looking to move to. This means if we win it back, we can send it through the middle and counter the opposition advance.

So, using what we have learnt, what can we do? 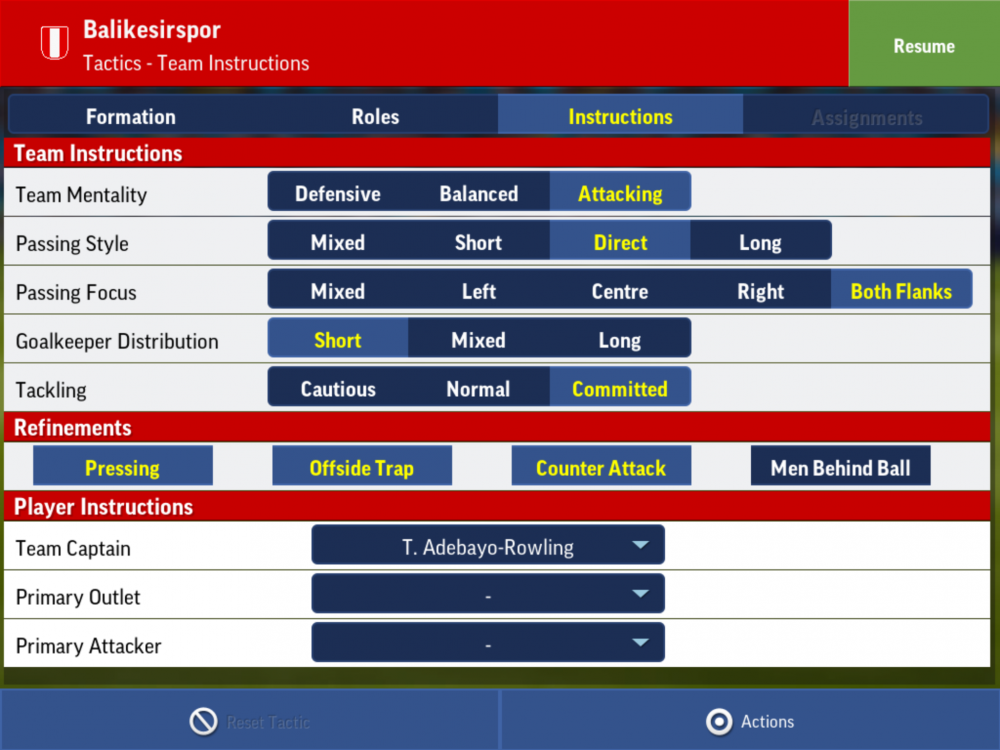 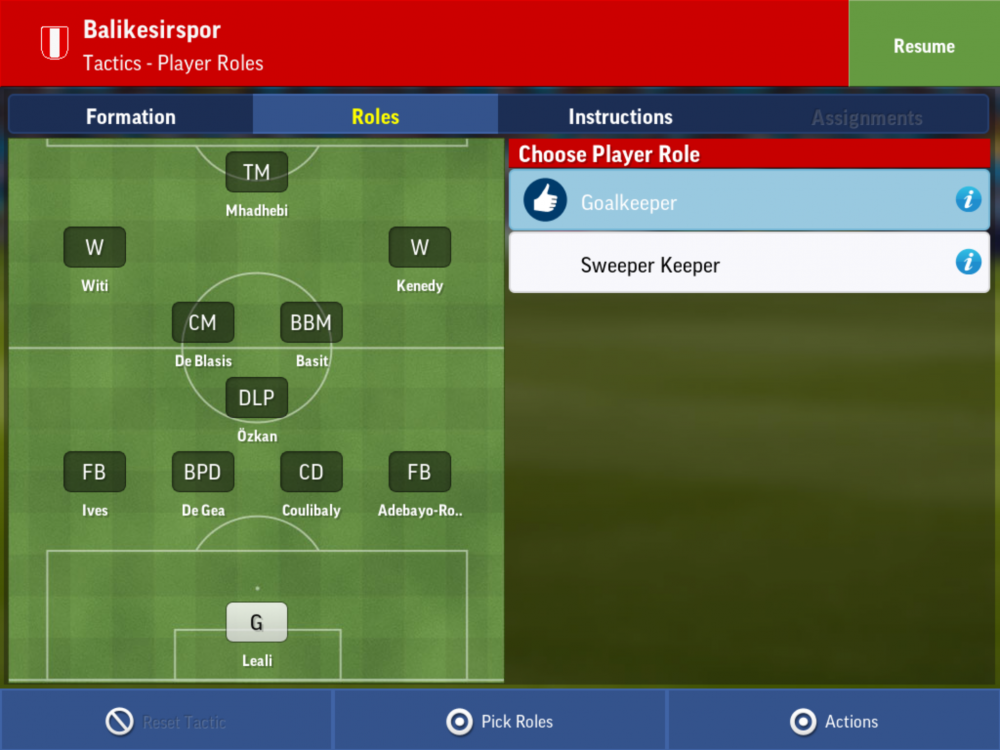 We changed our tactics to take advantage of the oppositions weakness. Different roles and new instructions. This is important as it exploits every possible option to move forward and take advantage.

How did these changes and the in-depth analysis effect our performance? 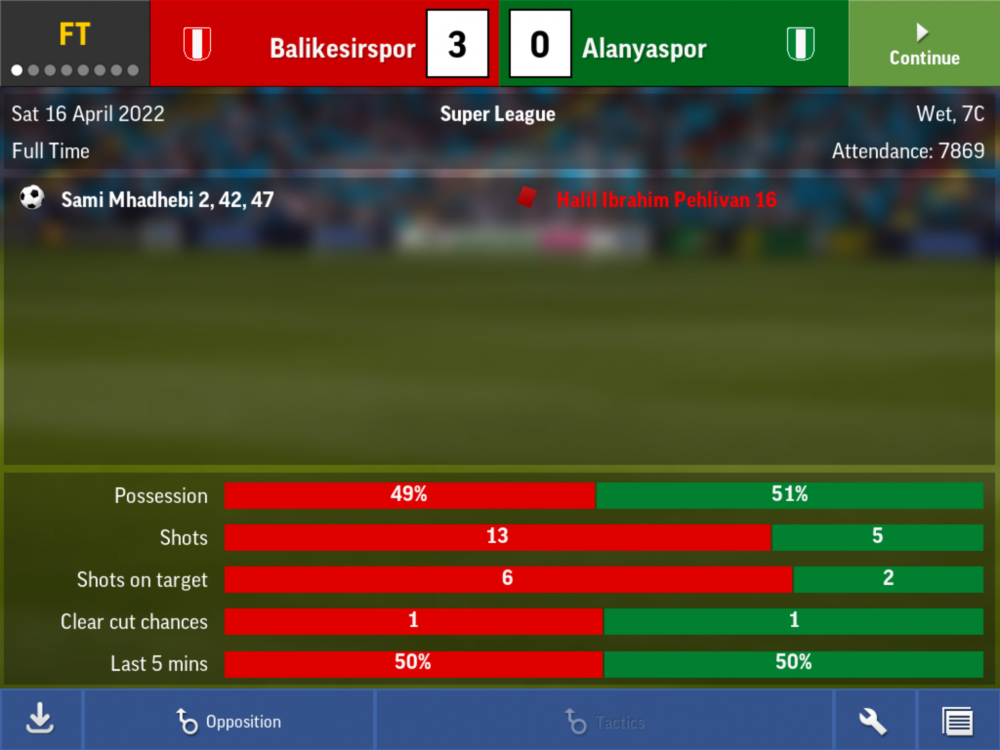 Easy. We found out earlier that the opposition lack a regular CB partnership, so a Target Man in Mhadebi and Wingers were implemented to exploit that. We also found they have no striker, meaning no attacking threat. This meant we went full attack, which caused us to achieve comfortable victory. The benefits of excessive analysis is clear to see.

What have we learnt?

Despite being time consuming, this way of scouting can really pick apart the opposition and get you that good result. This example game was against a poor team, but we actually achieved a better result than in the real save (this is the test save) and we were in a poor run of form. I hope this guide encourages people to use the Opposition scouting and tactical pages more efficiently in order to enhance your teams chances of winning the game. Feel free to leave a comment and feedback. Thanks for reading!