Unlike club management, taking on an international team has two main aspects – squad selection, and playing matches. You have no budgets, staff, training or transfers to worry about – this is management in its purest form.

Here are my top tips for success in the international arena, using examples from my latest journey with Ireland (and Everton).

In picking my squad, I try to follow a few basic principles:

So, the other main element of managing internationally: the games themselves. 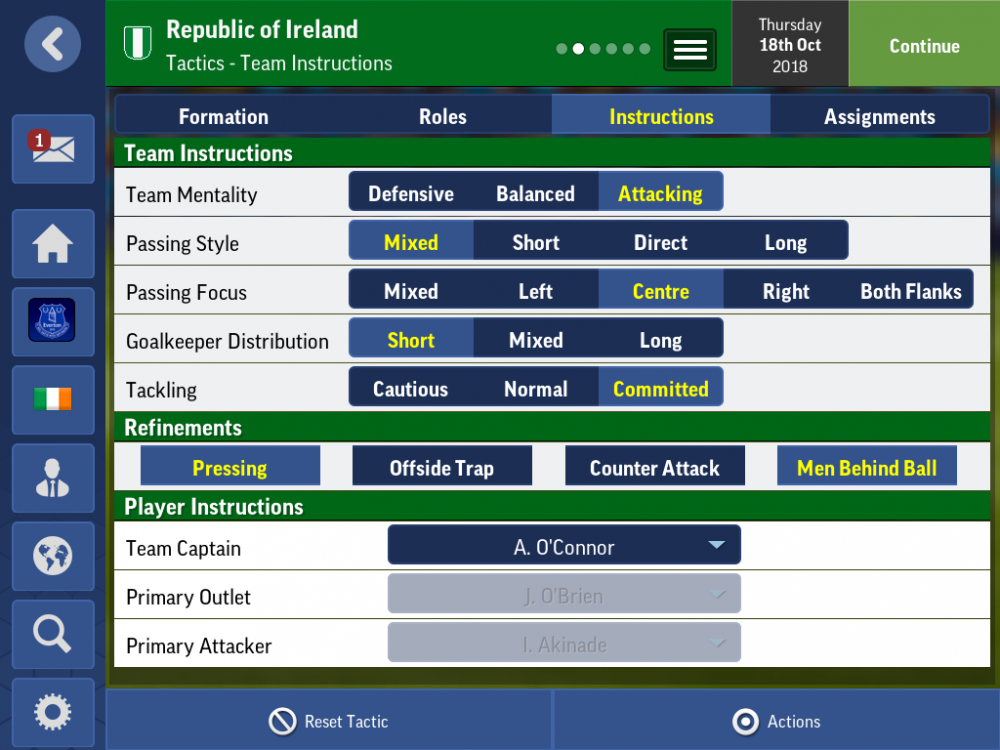 So, what do you think? What stories do you have of international management? Has this inspired you? Let me know!