One of the best challenges in FMM17 is uncovering the next great talent. But sometimes it isn't the cheapest of endeavors. For example Marcus Rashford was a unknown player just over a year ago, he now starts the game worth a eye watering £20 million. A lot of money for a 18 year old, So with that in mind I present a starting XI of future world stars that won’t cost you more than £10 million each. So let’s start our money saving search. 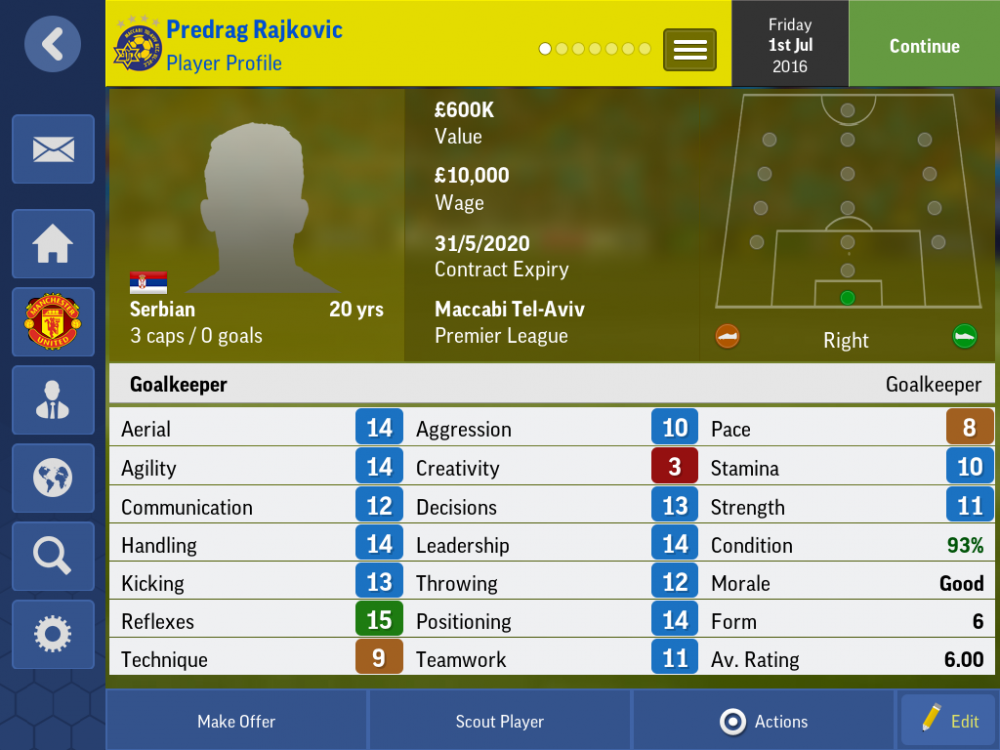 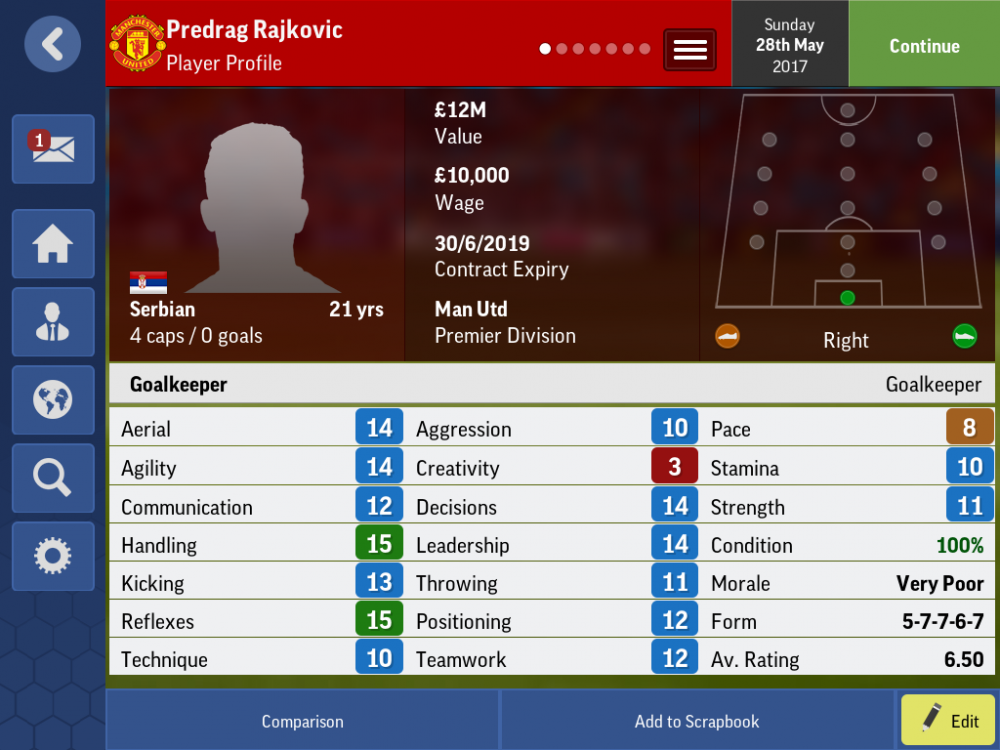 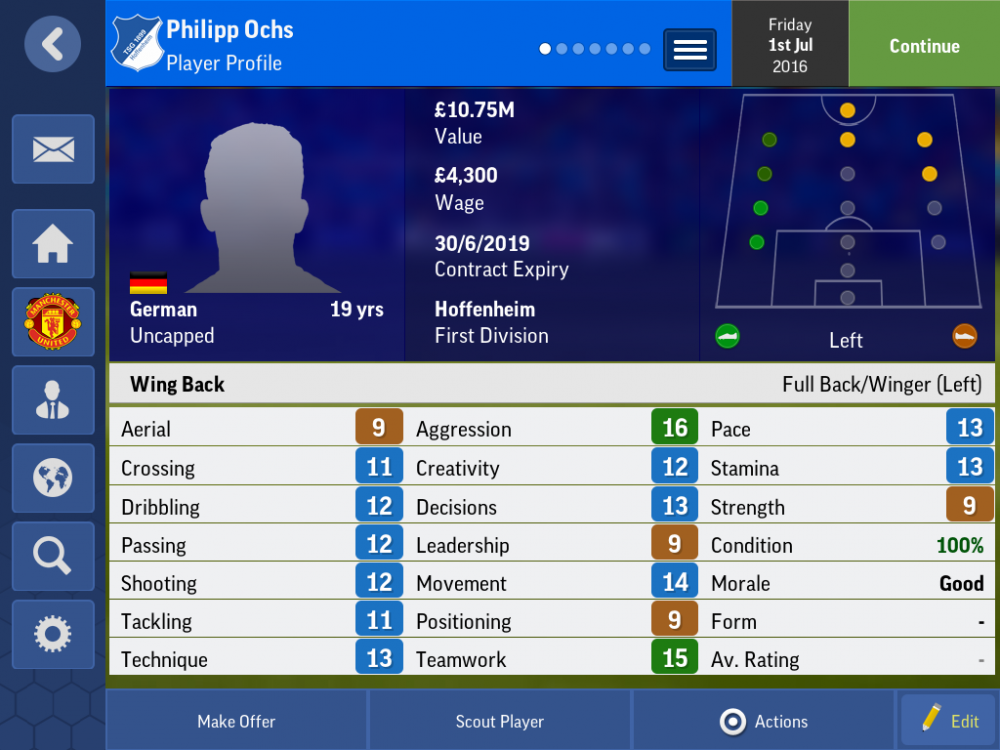 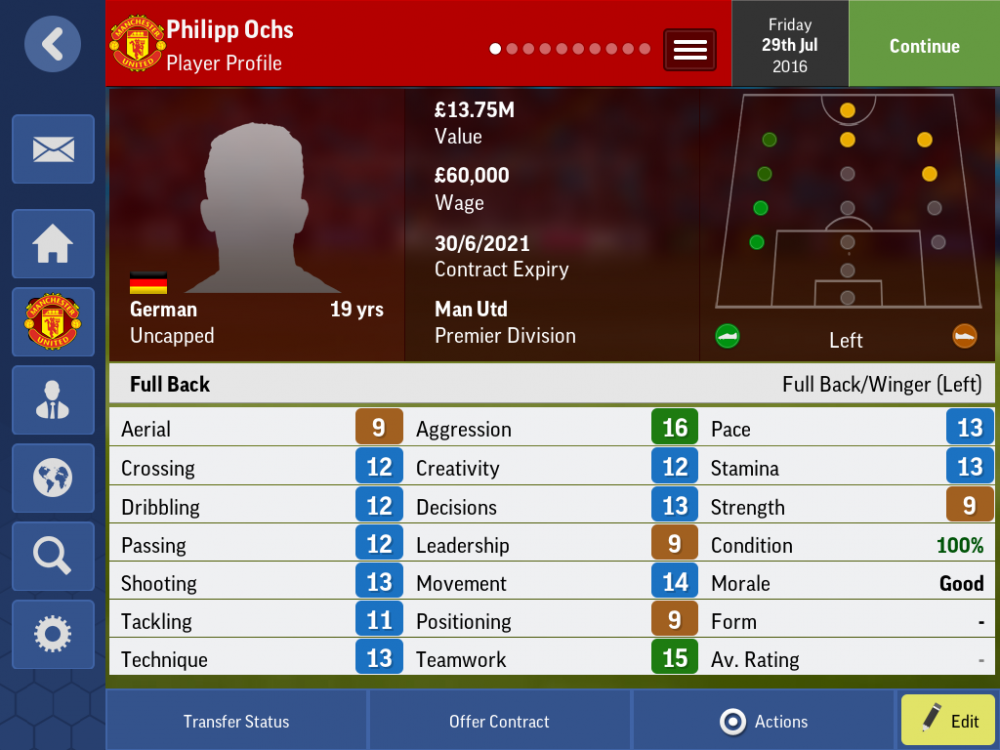 This guy was interesting. As upon reloading the test save to purchase him. His value had jumped to £10.75 million. Still I bid just £8.75 million already worth ten times  and after a couple more bids and a tantrum from Ochs and I managed to snatch him up for £9.5 million  He will come back after initial contract offer of his requested wages of 15-20k that he would find it hard to leave Hoffenheim. But you can offer him a new contract of his demands of 50-60k a week and he signs. 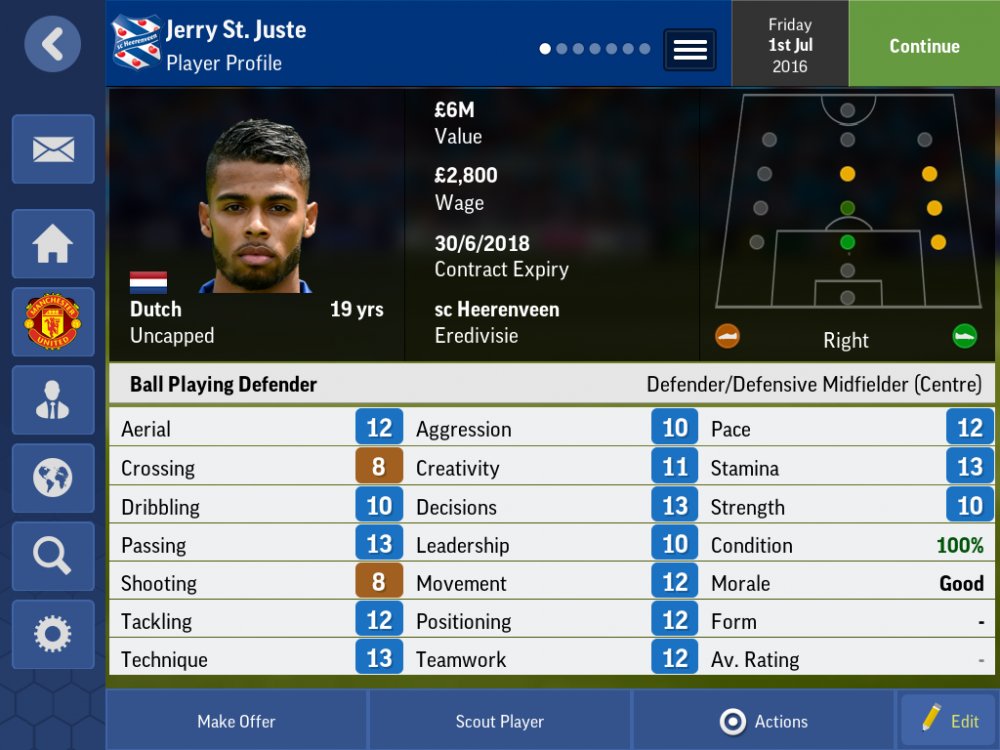 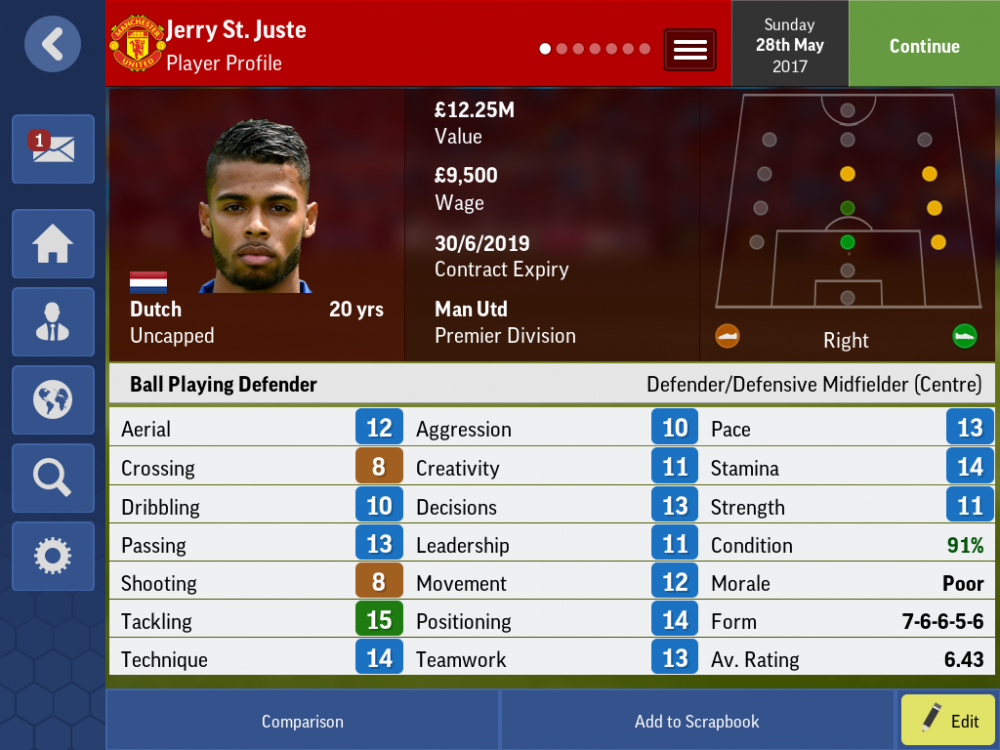 A quality strong Dutch center back. With bags of potential. Within one season he improved in tackling and positioning,At just £7 million a worthy investment for years to come. 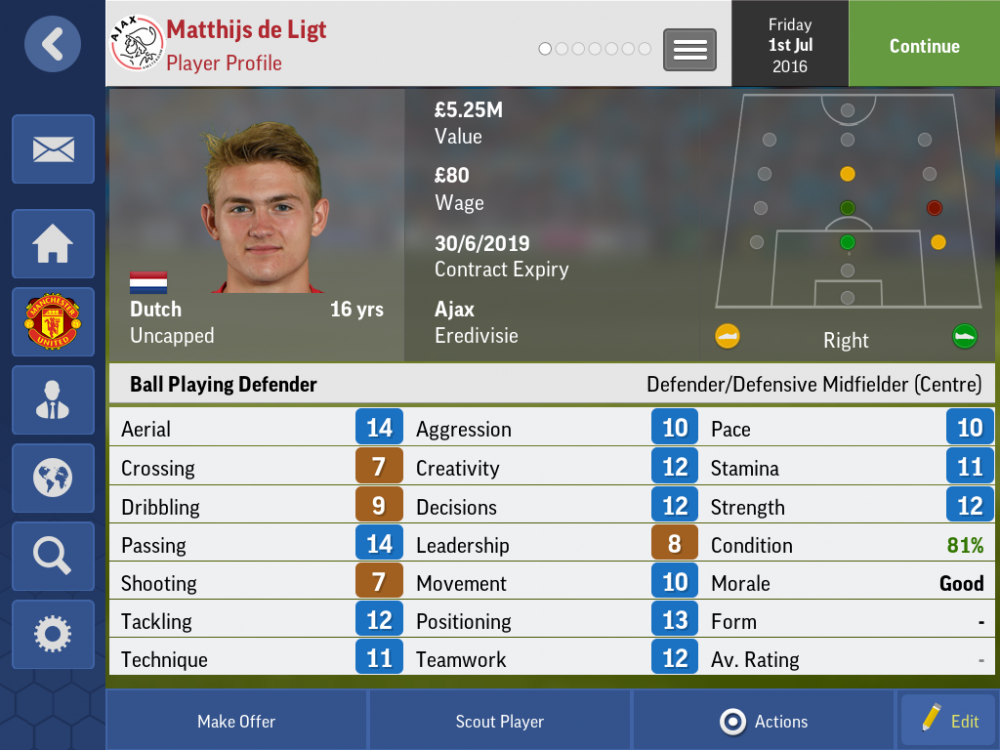 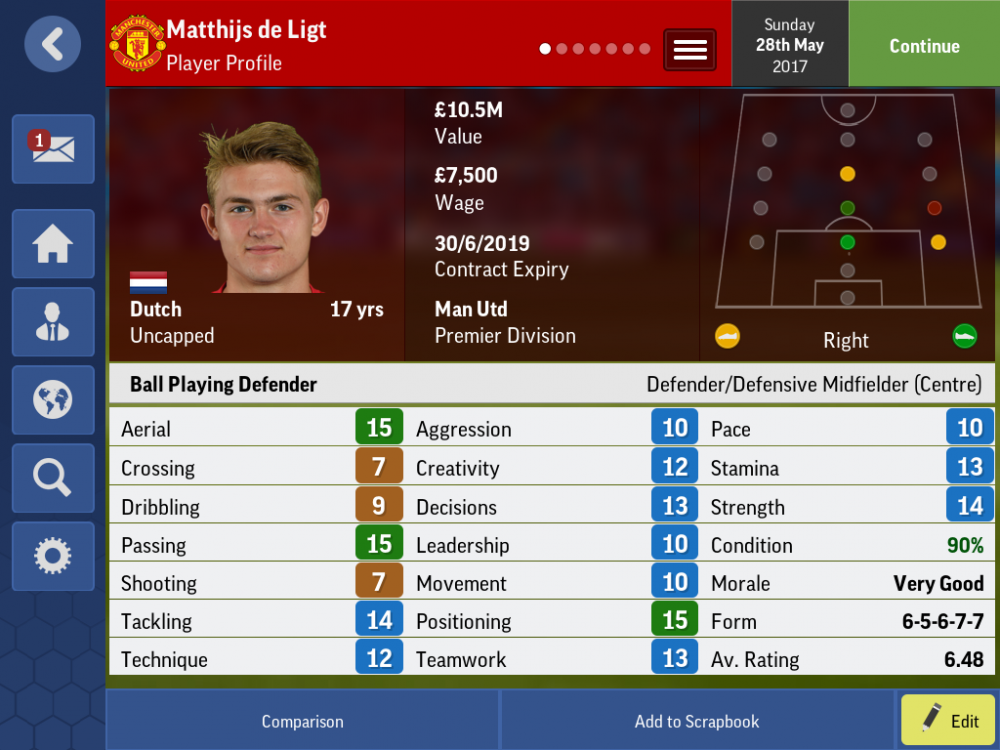 Another Dutch center back with bags of potential. At just 16 he could lead your defense for years, In one season you see he is already improving in key areas (aerial, positioning) and if he improves as quick as he has in one season he will be world star in any top European side. 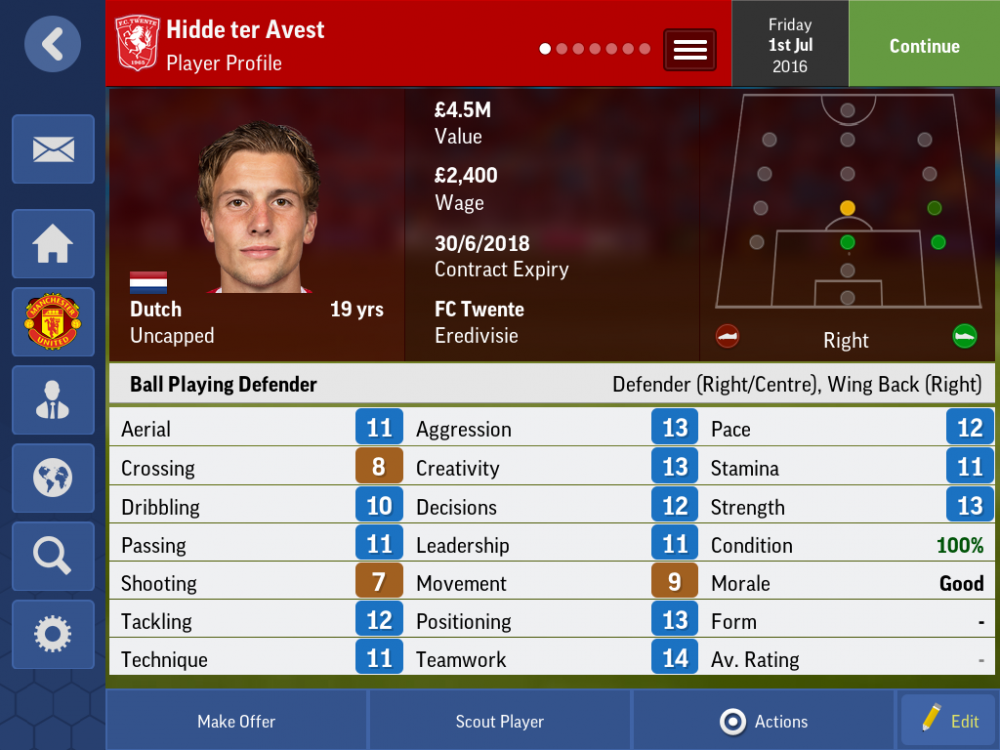 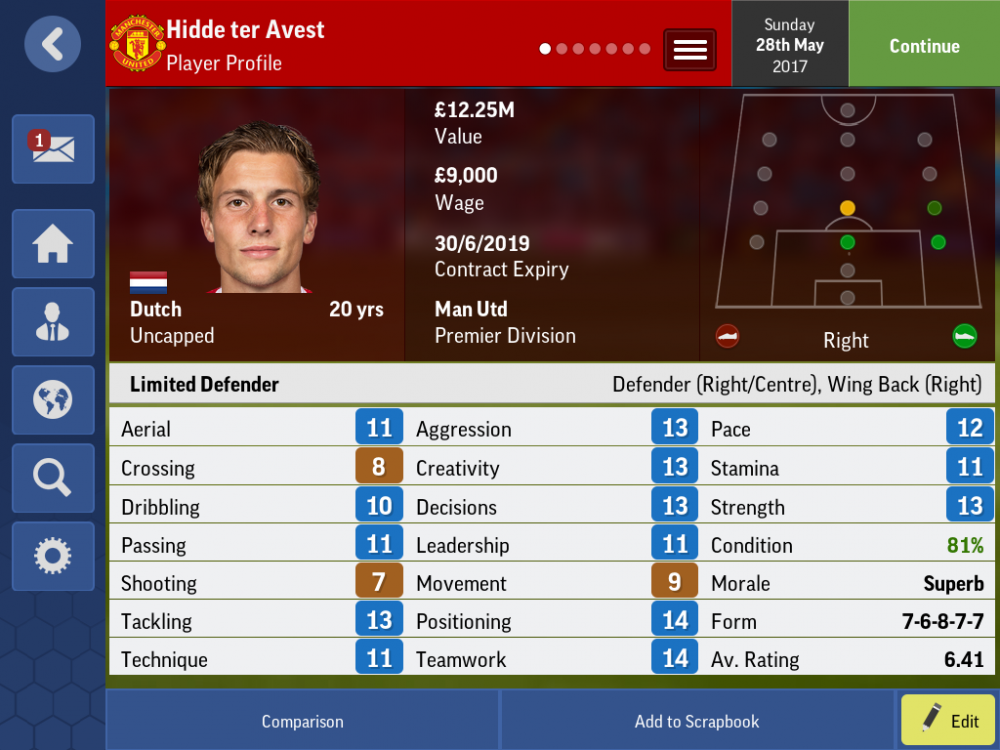 Not a whole lot of improvement in stats for this Dutch right back with only slight improvements in tackling and positioning. But this is only after one season. Given his adaptability to play at CB as well as Rb makes him a worthy investment and at just £7 million. 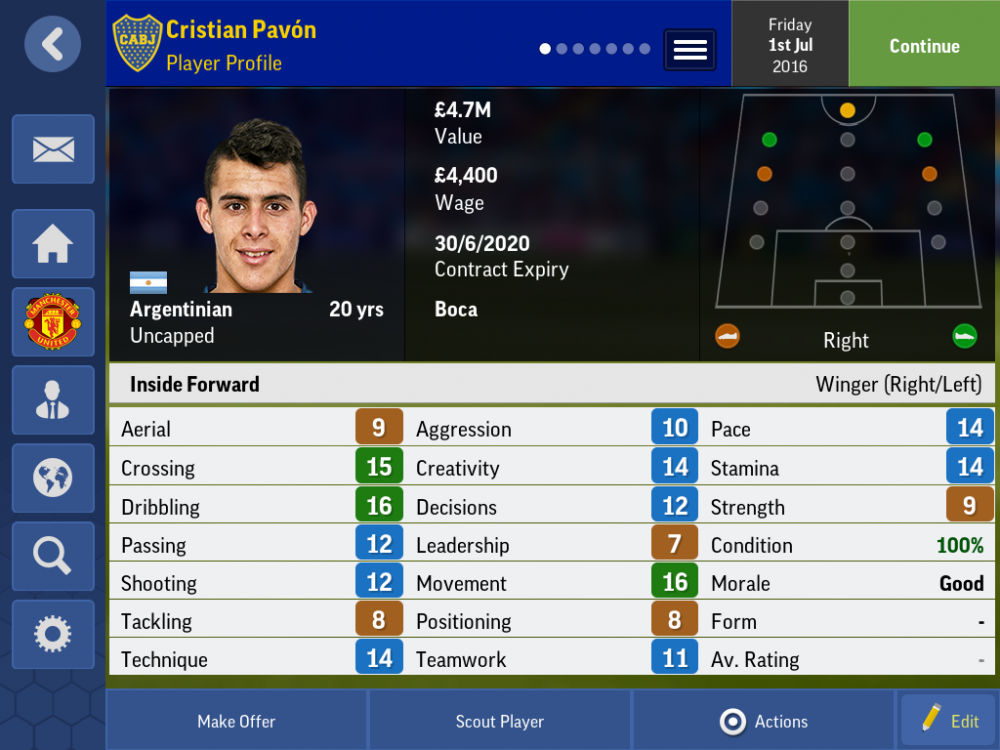 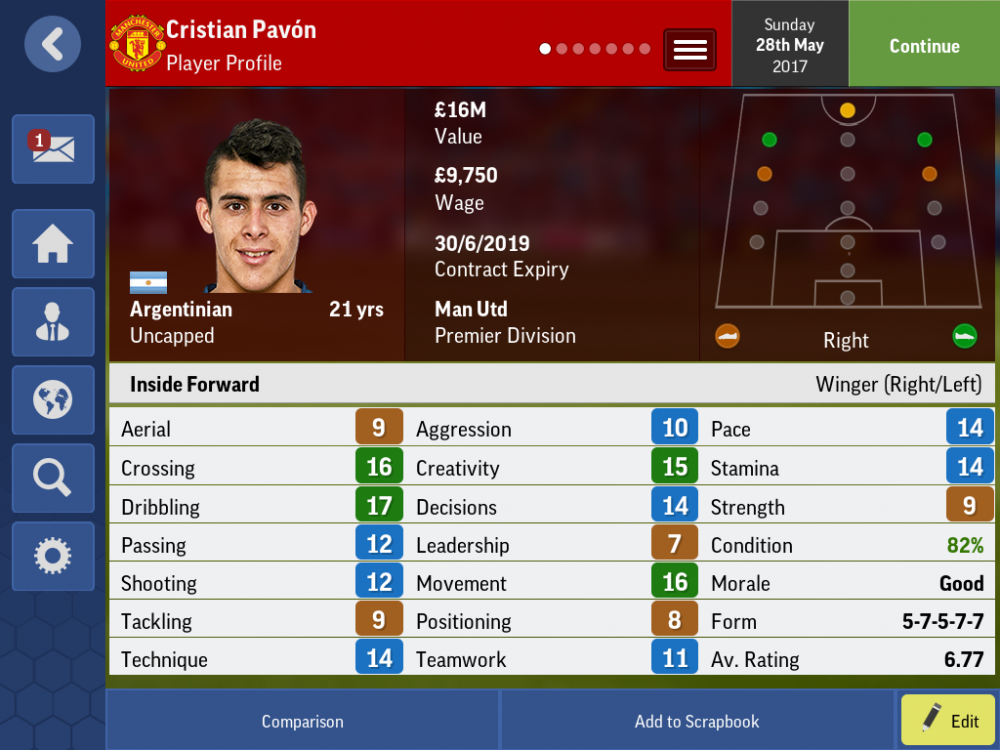 Not really an unknown to experienced players of FMM17 . 7.5 million for a 21 year old ready for the first team and given that he can easily play on the left or right makes him a worthy acquisition for our team. 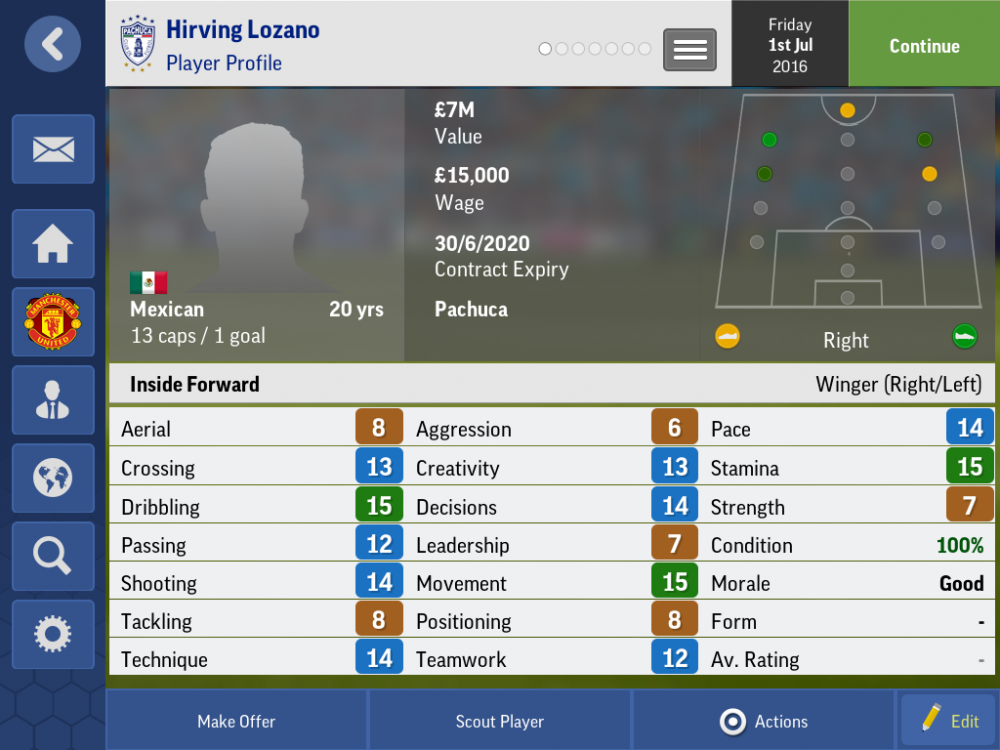 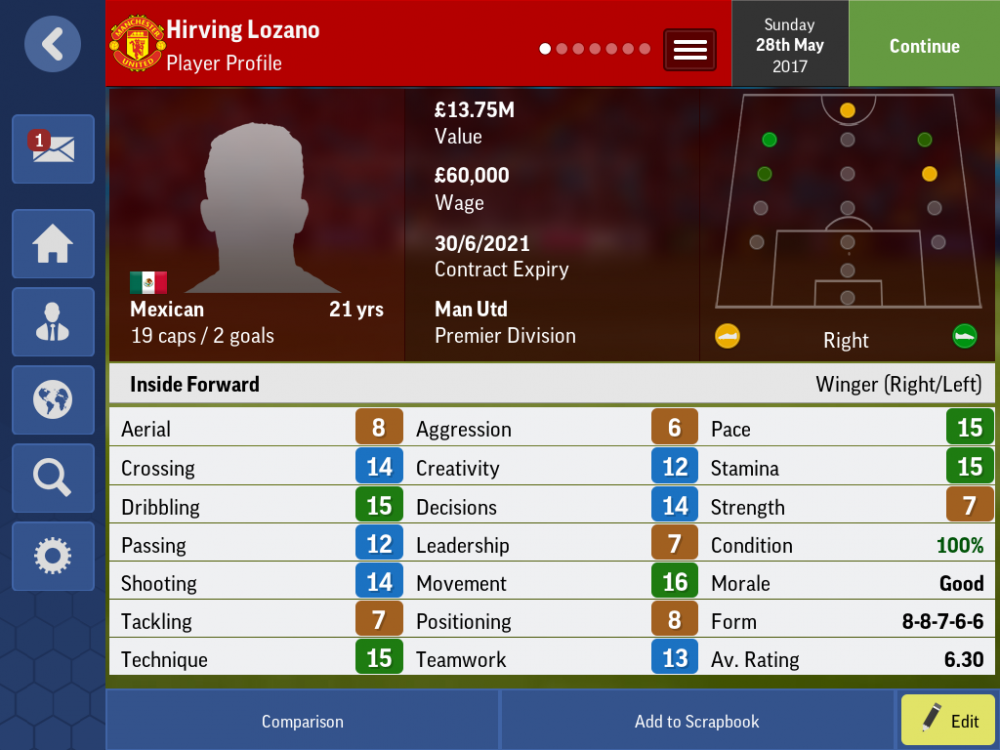 Again another well known wonder kid. But another ready made first team prospect. Capable of playing on either wing. Also could do a job up top if needed. With recent media reports linking him with a move to Man City this summer this may be the last chance you have to snap up the Mexican winger. 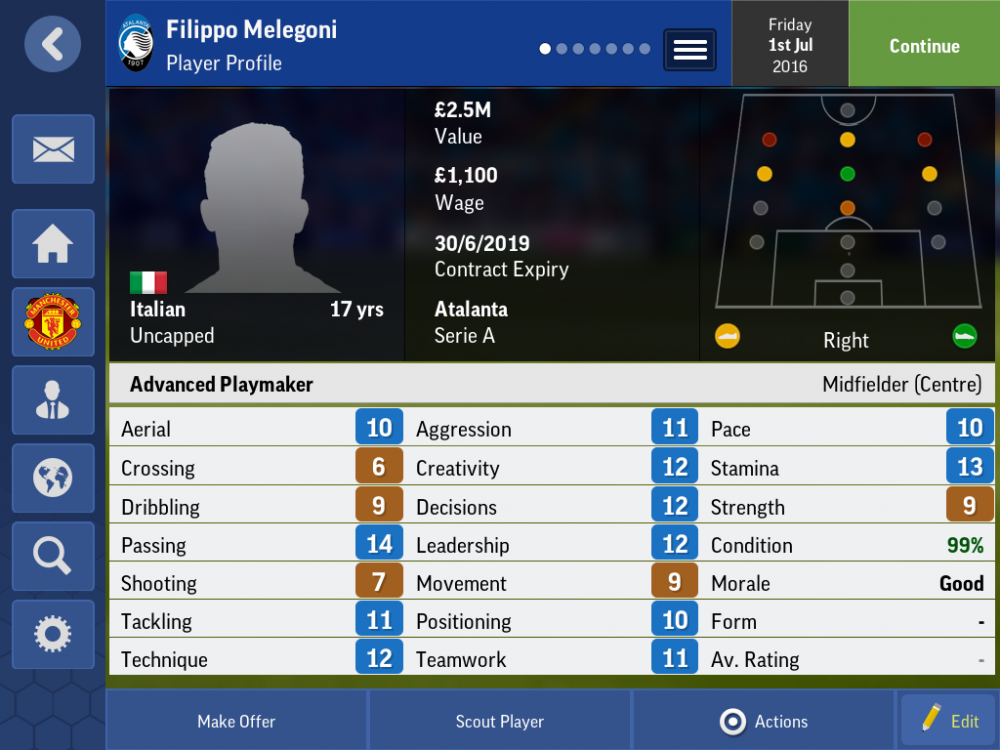 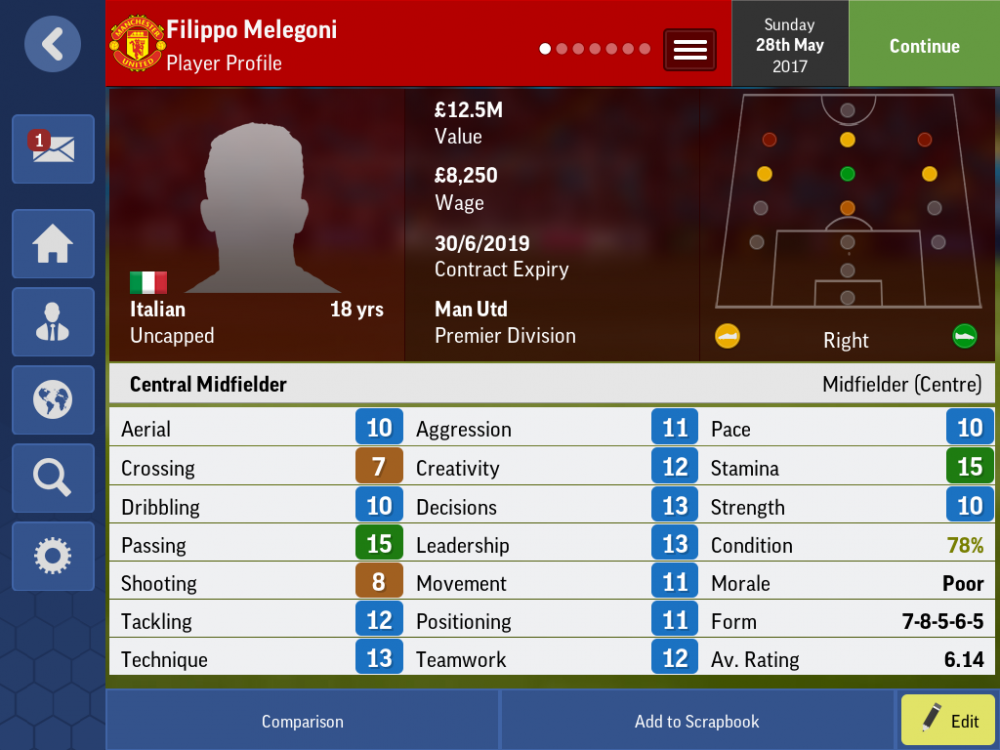 Decent young Italian central midfielder.that has the potential to play in a number of roles with some training. As you can see here after just one season he has already got a passing rating of 15 also he has risen more than three times in value and he is only 17. 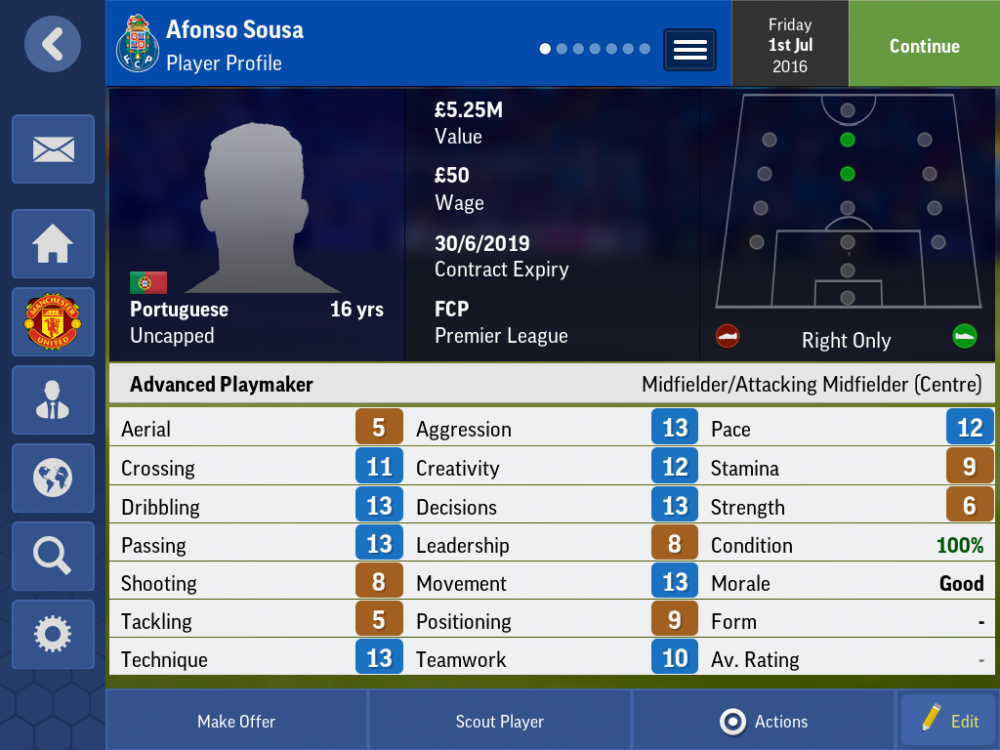 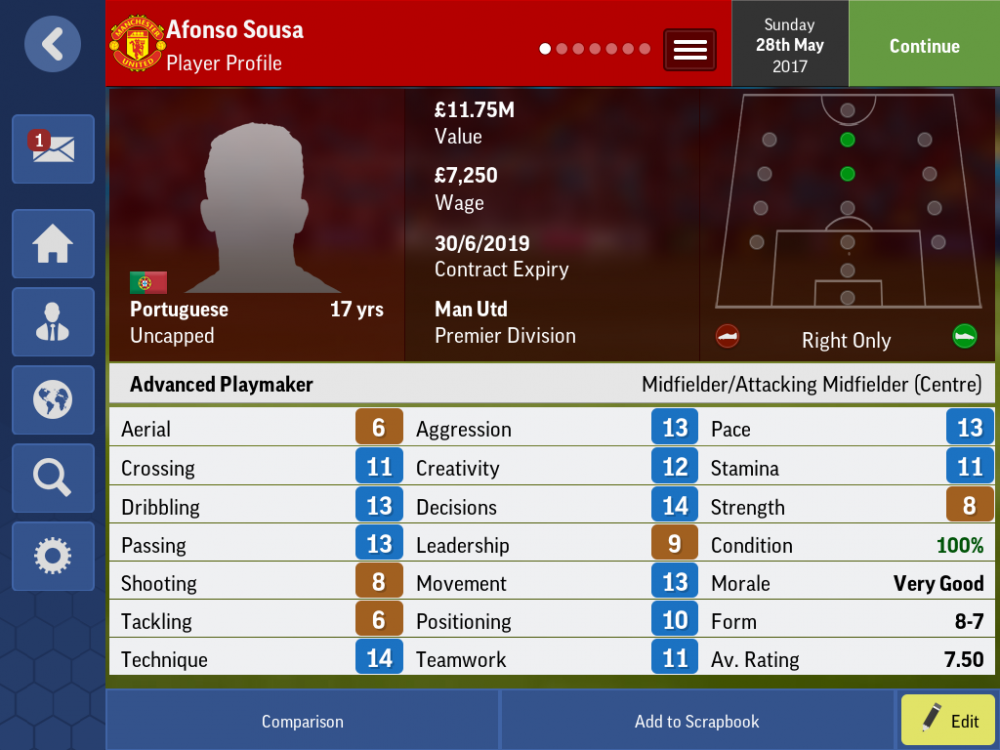 If your looking for an advance play maker for your team. Look no further than FC Porto’s Alfonso Sousa. Easily adaptable at playing in the center of midfield. Although not much improvement in once season but he is still only 16/17 years old so has much time to improve. He is also in this test  save  he is also competing with Man united players such as Mata, Mkhitaryan which may have stifled his development. 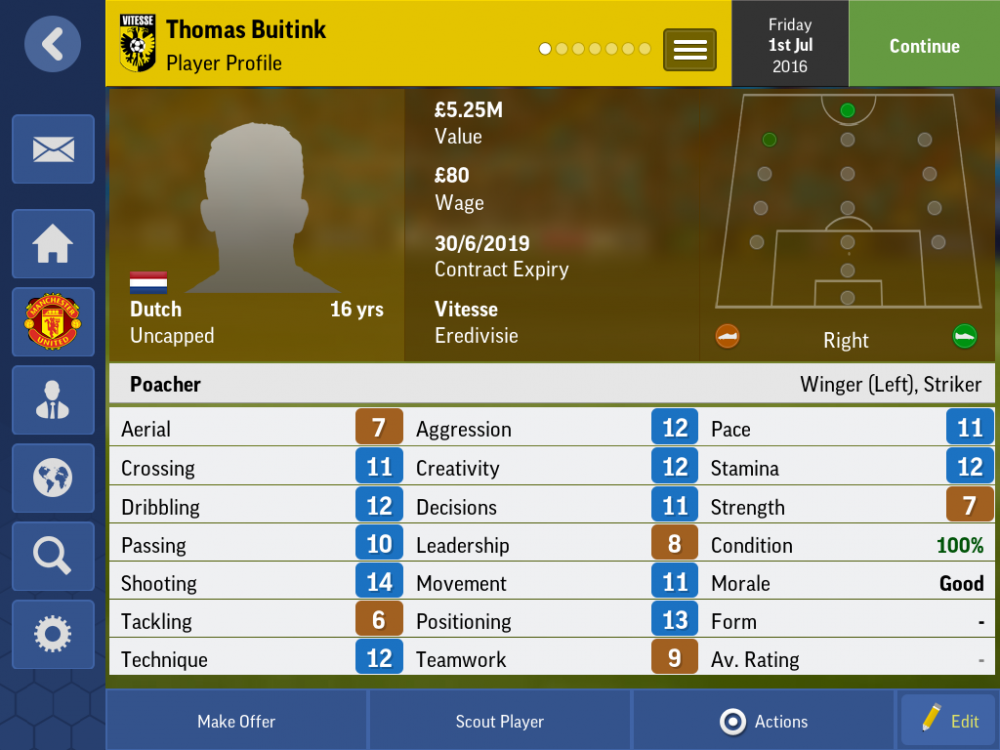 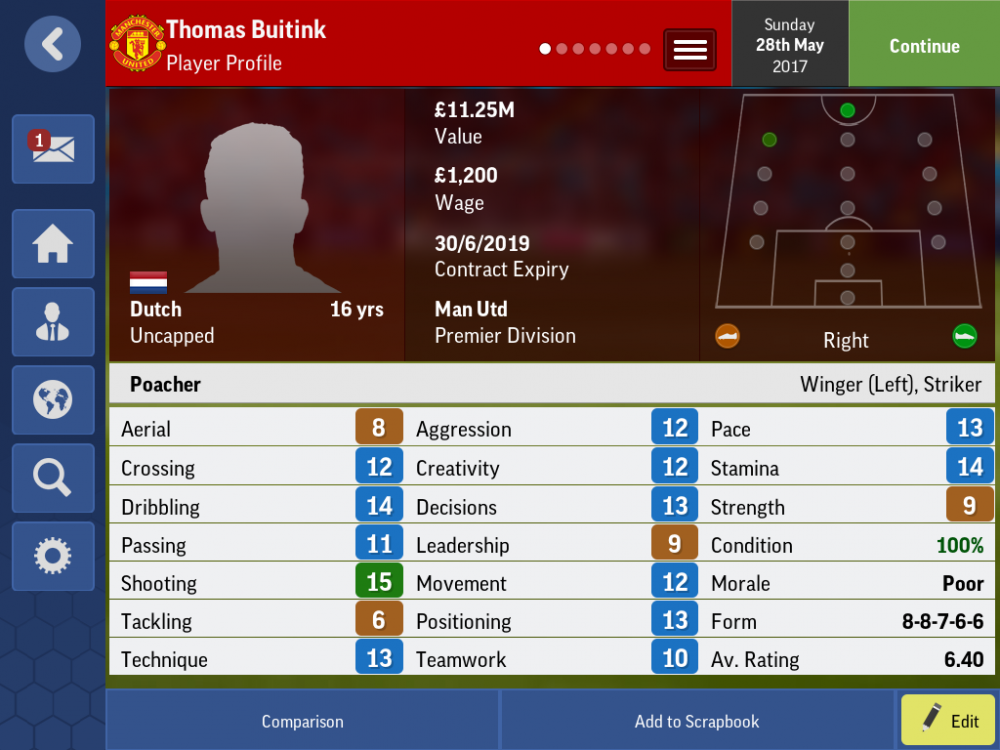 Yes another Dutch wonderkid. Upon doing this article I am beginning to think we could be entering a golden age of Dutch wonderkids in the next few years. Or at least that’s what SI are predicting. One season in and his value is risen considerably and his shooting is 15 and dribbling 14 and he is still only 16. 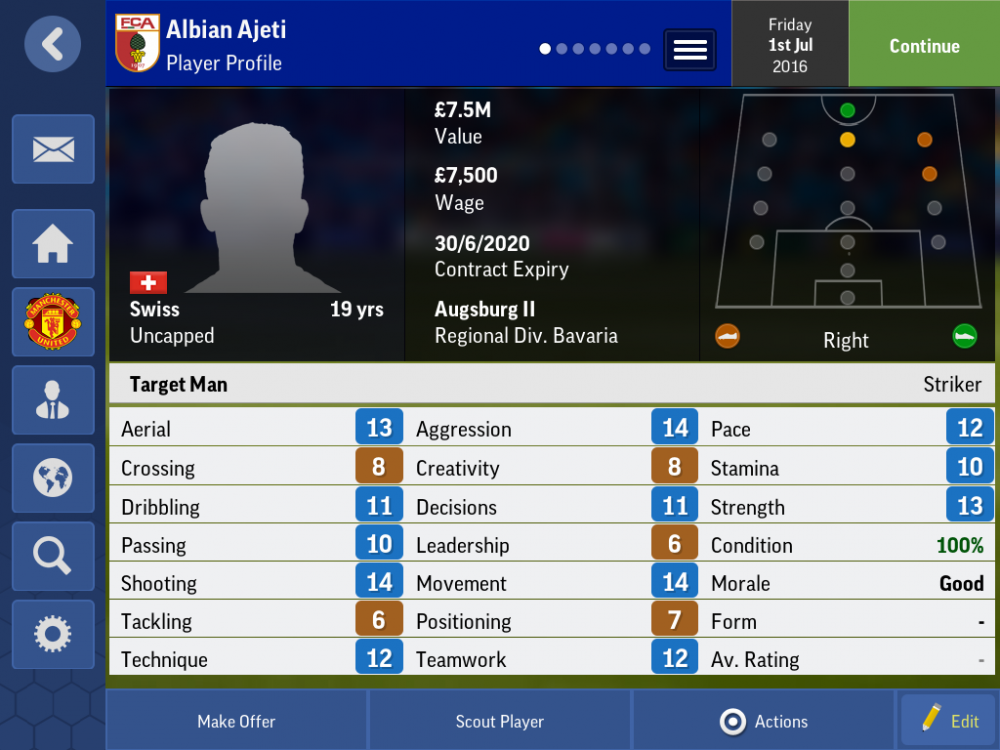 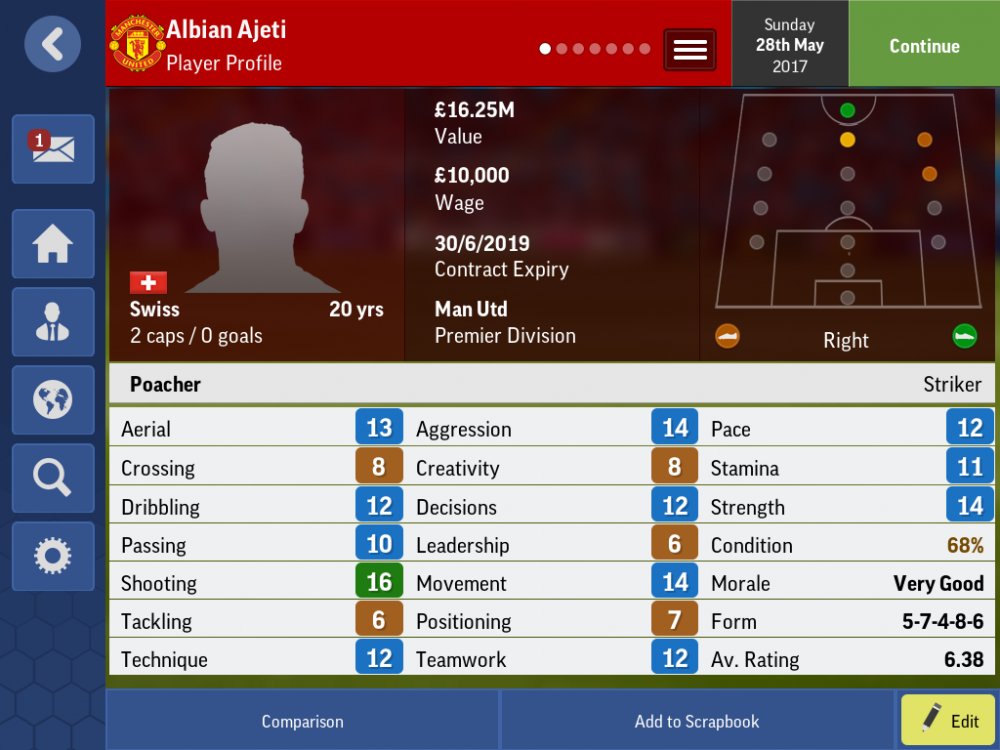 The most expensive of our wonderkids but as you will see after just one year he has got a shooting rating of 16 and he is already worth £16 million and still only 20.

So there you have it a  Starting XI with a total cost value of just £68.5 million with huge developments in one season that should be noted was holidayed and controlled by the AI. I expect them to grow even more under player control and perhaps with the use of the Intensive training could grow even more . Also the key to purchasing these players I should say is to be strict with your transfer offers. Offer the player’s value or below it as an initial bid and then increase in small increments more often than not the player will throw his toys out of the pram and demand a move

Hope you enjoy the read, Feel free to add your wonderkid discoveries below and share those gems.