Spanish Summer - A Guide to Segunda B

Spanish Summers: A Primer to the Segunda Division B 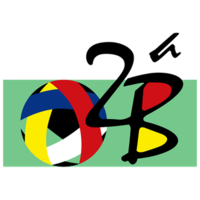 First organized in 1929, Segunda B was then the third division of Spanish league football behind the Primera Division and Segunda A; it was then reorganized after the 1929 season as the Tercera Division which then existed until 1934. Reactivated in 1943 after an interregnum mainly exacerbated by both the Civil War and WW2, it carried on the Tercera name until another reorganization in 1977 saw the Segunda B name readopted, and Tercera used to refer to  the 4th-tier league. Initially conceived as a 40-club division with 2 groups of 20 teams, it was streamlined in 1986 into a 22-club single table division, before being re-organized the following year into the format used today – 80 clubs grouped into 4 20-club mini-leagues based on region.

Each group in Segunda B plays 38 games with each other; the 4 clubs relegated from Segunda Division and the 18 clubs promoted from Tercera Division are assigned to the appropriate regional group.  Reserve sides are eligible for promotion assuming their parent club is in the Primera Liga, while clubs in Liga 123 who have their reserves in Segunda B will have their reserves relegated should the parent club get relegated; the reserve side is also barred from promotion. The 4 group winners go on to compete in the Segunda B Championship play-off, where the two clubs that advance to the Championship round earn promotion to Segunda Division. The losers join the 4 runners-up, 3rd-placers and 4th-placers in another playoff to determine the last 2 promotion places, where they compete as follows:

Round 3 – Round 2 winners drawn against each other, higher-ranked club hosts 2nd leg

The winners take the last 2 slots in Segunda Division

Meanwhile, the Top 5 non-reserve clubs in each group, regardless of winning their promotion playoff qualify for the Copa del Rey, along with the four non-reserve clubs with the most points outside the Top 5, entering the First Round; 6 clubs earn byes to the Second Round. The Tercera Division champion from the previous season also qualifies; if the champion is a reserve side, the Tercera runners-up also qualifies. IRL, some Tercera Division clubs also qualify to the Copa; in FMM though, only 4 Tercera Division clubs are included in the First Round pot,  with the shortfall being made up by more Segunda B sides included.

Segunda B clubs have stadium capacities averaging around 7,114 seats; AE Prat have the smallest stadium in Segunda B, seating only 500 fans, while Real Murcia’s Condomina holds 31,079 fans.  Facillities-wise, the league averages a Adequate/Adequate in training and youth facilities, with CD El Ejido and Racing Santander possessing the best set-ups at Impressive/Good, and Prat having Poor/Below Average set-ups carrying the rear. 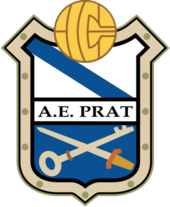 AE Prat – Their facilities may be poorer than what most players may like, but the Catalan minnows won promotion by winning Tercera Division last season and looked halfway competitive. They may have gone straight back down IRL, but can you defy the odds and keep them up in-game?And can you build them up long-term to trump Eibar and become La Liga's new small-town champion?

Racing Santander – The former La Liga mid-table stalwarts have had a rough time of it since relegation in 2011; suffering much the same fate as Blackburn Rovers minus the league title after being taken over by an Indian consortium, they’ve bounced around the 2nd and 3rd tiers since.  Poised to return IRL if they win their promotion playoff, can you both return them to La Liga and give this club some much-needed stability? 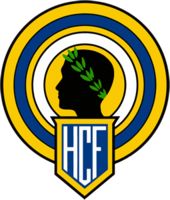 Hercules – Arguably best known as David Trezeguet’s last club in Europe, the Alicante-based club drifted steadily down the 2nd-tier since that ill-fated spell in La Liga back in 2010 and find themselves stuck in the third tier for the past 3 years. Can you push them back up and erase the sour taste of their last top-flight campaign?

Segunda B feels like an odd mix of the Championship and the Conference – with the amount of relatively big clubs stuck in there mixing up with seemingly wee little village clubs, there’s a lot of stories to be forged here. Pick up your crucible and make one!