Career Dawn of the Kings 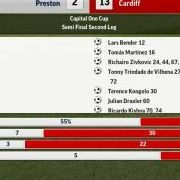