Hi, I'm Azmi and i'm doing a 10 years simulation to the future in FMM about Wonderkid Players.

I planned to make this a series too. This is my first article here and I'm not that good in writing, sorry for my mistakes. 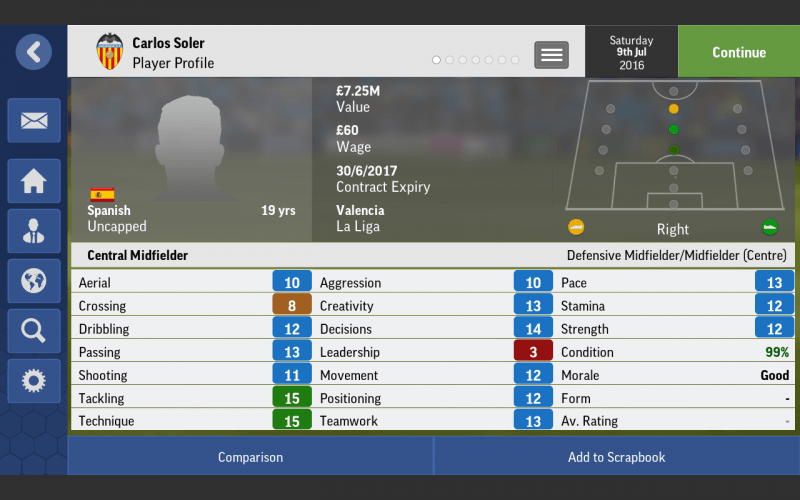 As you can see, the first player I will simulate is a spaniard form Valencia.

Carlos Soler Barragán (born 2 January 1997) is a Spanish professional footballer who plays for Valencia CF as a central midfielder.About his stats he have rounded-decent stats, his best stats are his tackling(yeah, tackling) and his Technique. He have good PA too.

Would he reach it and have success in his career. Let's see! 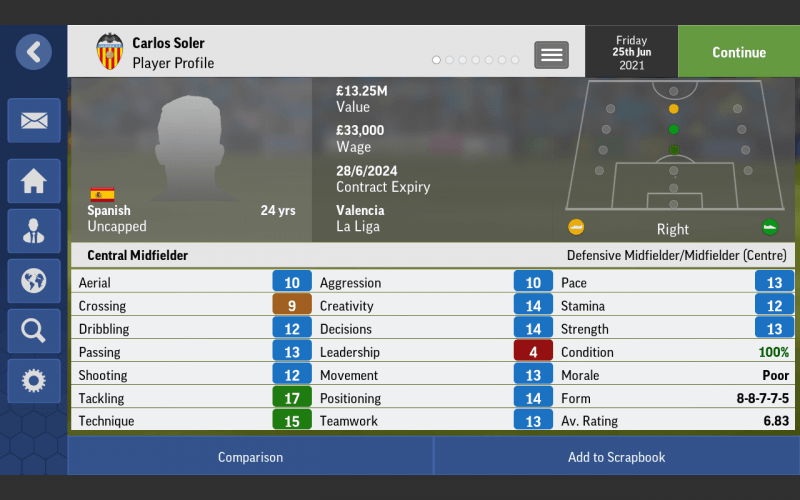 What about his performance? 5 Seasons and not a single season with good average rating. Even though now he is a regular at Mestalla he has yet to prove its use to the club.

Is he going to fail the expectation? or will he have blast and make his career successful? 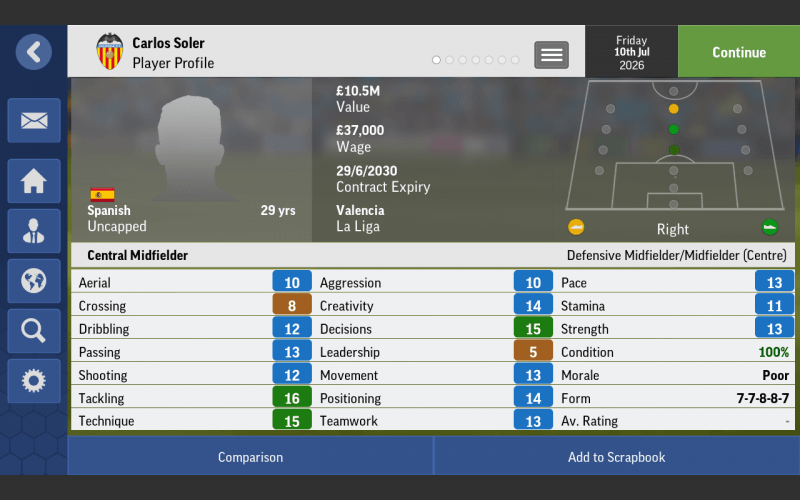 He still in Valencia after 10 years.What a Loyal Player!

Still no major changes to the player, he got 3 green attributes now. But unfortunately that's not good enough to get a International Cap. 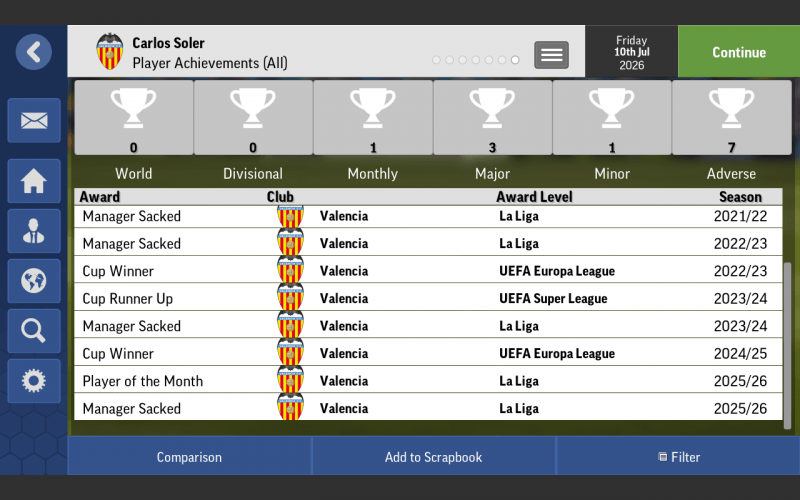 2 Europa League Trophy is sure impressive. Got one Player Of The Month once in his last season. 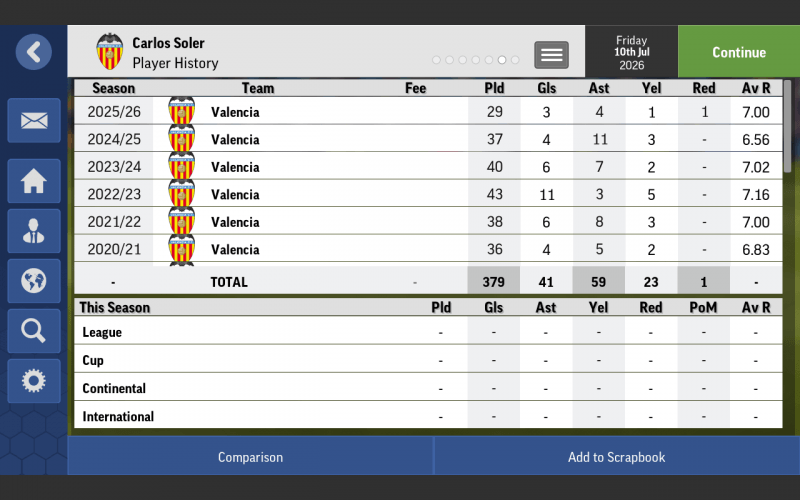 Average First-team player rating, He improve his performances and got a good amount of goals and assists.
His best season is 2022/2023 when Valencia finish 6th in the league and won the Europa League with 11 Goals and 3 Assists in 43 Appearances .

Thanks for reading My What Future Holds Article

Critics and Feedback will be very appreciated. Thanks!