Football Manage Mobile is the most realistic simulation of a manager's life and struggles known to be available on handheld devices. One such struggle is the art of choosing the correct players to bring into you right squad to strengthen, or reinforce, and the most efficient ways to do so. Is splashing big bucks the best idea? Are the Clauses useful? We'll find that all out today. Welcome to the FMM18 Transfer Tips guide, where we'll look at a few tips on how to wheel and deal in FMM18

(Please note - This will be different from the one I did last year, however some similar themes live throughout)

Make Use Of The Loan-To-Buy Option 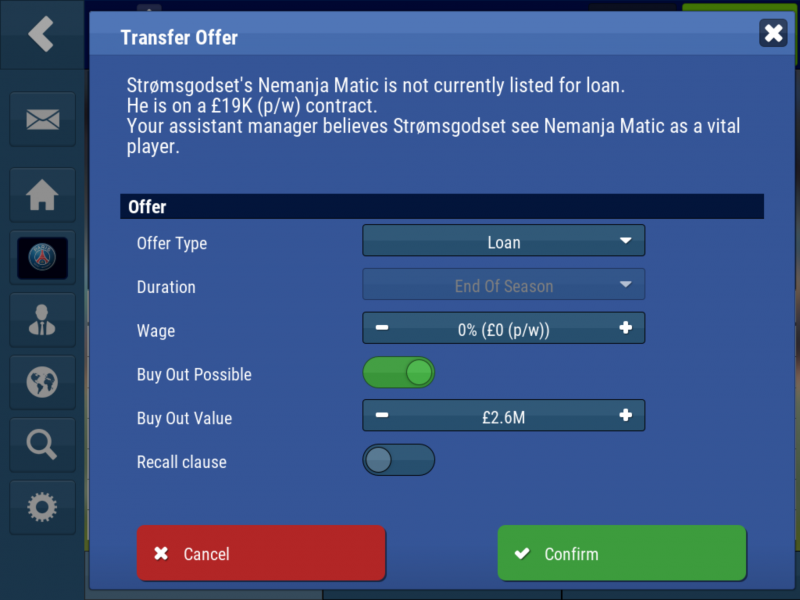 A new type of transfer bargaining chip in this year's game, the Loan-To-Buy clause offers more versatility in transfer deals than ever before. It is likely to be more useful to those of you managing smaller, weaker teams as it's unlikely you'll need to loan a player as Manchester United, PSG or Real Madrid. If you're low on funds yet want to secure that player for the foreseeable future then this clause is perfect for you as it almost gives you a whole season to make up the required money to outright purchase the player. Another use for the new clause is the fact it gives you a BETA of the player, so you can see wether he is good enough, if he fits your system and finally, and most importantly, some he worth the money. On the other hand it's a great way to ship of youngsters for a fee if they aren't in your plans or simply not good enough to make it into your teams Starting XI. Overall, the clause is very useful in negotiations if you're a mid to lower ranked side in world football, as it offers more options in transfer dealings than ever before. Make sure to make the most of it. 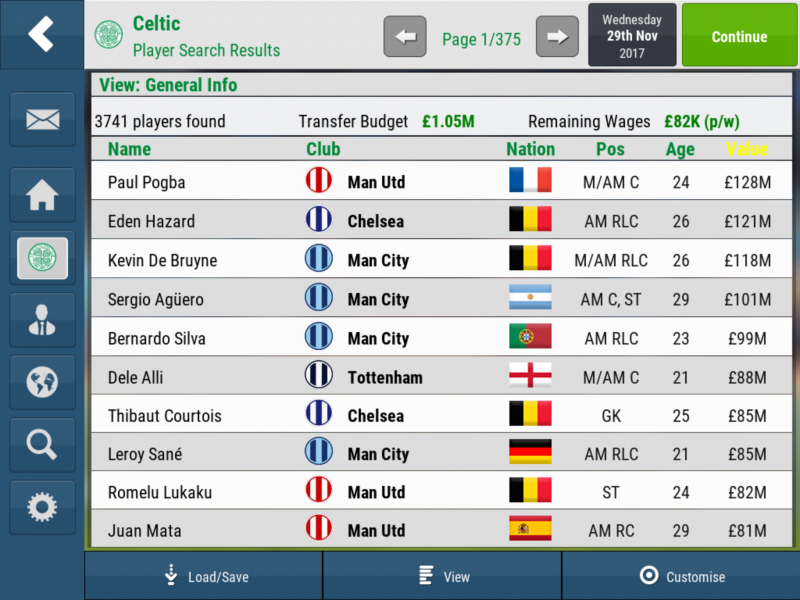 This may be perceived as a strange option to include seeing as Brexit is one of the biggest hinderences in the game, but embracing it and abiding by its strict restrictions can actually be great not only for your team, but for your transfer budget. Teams struggle for work permits, meaning prices are likely to go up for players around the country. That means you can sell your players for higher prices to fellow Premier League teams. However, this also means the biggest names from around the country will want to move somewhere else at some point, and with you hopefully being one of the biggest teams in the country, you'll be able to snatch up the stars with relative ease. It might take away your freedom to dabble in the market abroad, but Brexit actually makes the UK look so much more attractive, transfer wise. 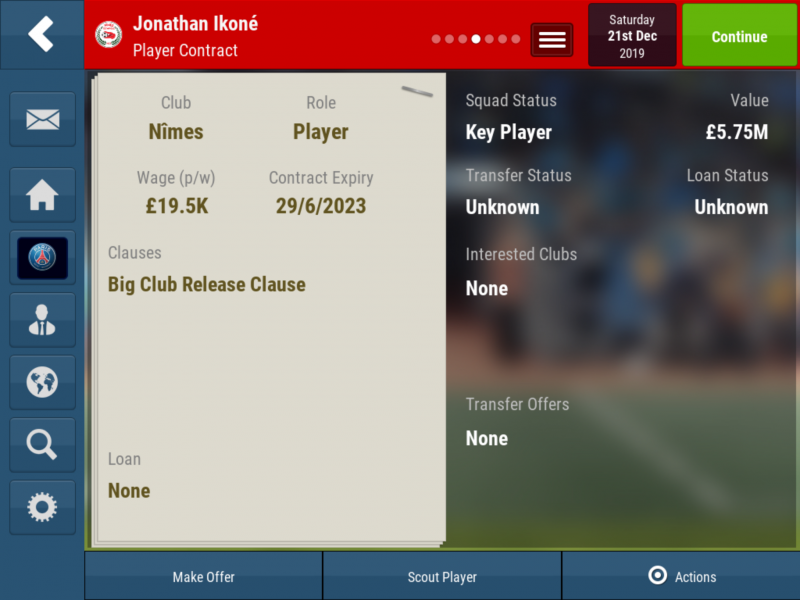 The most annoying this in the world for lower league manager, yet an absoloute treat for those in the big time, the Big Club Release Clause practically makes it legal to steal the best young talent from lower division sides for the lowest fees. When doing your regen hunting, looking for players with this clause inserted into their virtual contracts is always a great way to not only stack your Squad with young wonderkids, but to save yourself millions of pounds going after players without said clause. Make sure to save some space in your transfer budget for the plethora of talent you can bring in with this clause being exploited. The main weakness in any negotiation for the selling club, remember to be sneaky and trigger it so the player is yours within an instance. A seriously good tip for those of you looking for cheap recruits to fill a small squad whilst still remaining competitive, this tip did feature in my guid last year, though I feel it's that helpful it had to feature again. If you're operating on a shoestring budget, looking at any of the clubs who have been recently relegated is a great way to scope out talent. The players value will have almost certainly dropped outstandingly low, and most of their best players won't have been able to fathom a move away from the club just yet. Players worth 25M drop to as low as 3-4M and this make it easy for you to scavenge all of their players who could be considered too good for the second division. Wether you're after Wonderkids or squad players, this tip is an extremely cost efficient way to help you in your pursuit of a decent squad for the new season. Look at this. A quality striker thrown on the scrap heap, and more importantly, he's only going to cost me £8 Million. There are more and probably better examples of quality Transfer listed players who command a smaller fee than usual, however I've quickly just picked out one of the thousands. Transfer Listed players want a new challenge most of the time, and are extremely cheap if you look in the right places, so why shouldn't you be the ones to offer that new challenge? Buying from the transfer Listed section of the market is not only cost-efficient, but it's fantastic for building a squad of talented players for as cheap as you possibly can. The players value is almost certainly dropped, and their willingness to move,high. It's a no-brained to lodge a bid.

That was my 5 Transfer Tips for FMM18! I hope you enjoyed the write up, my apologies that two of the tips here featured on my list last year but they were just essential in my opinion. Thanks for reading and let me know your best transfer tip! 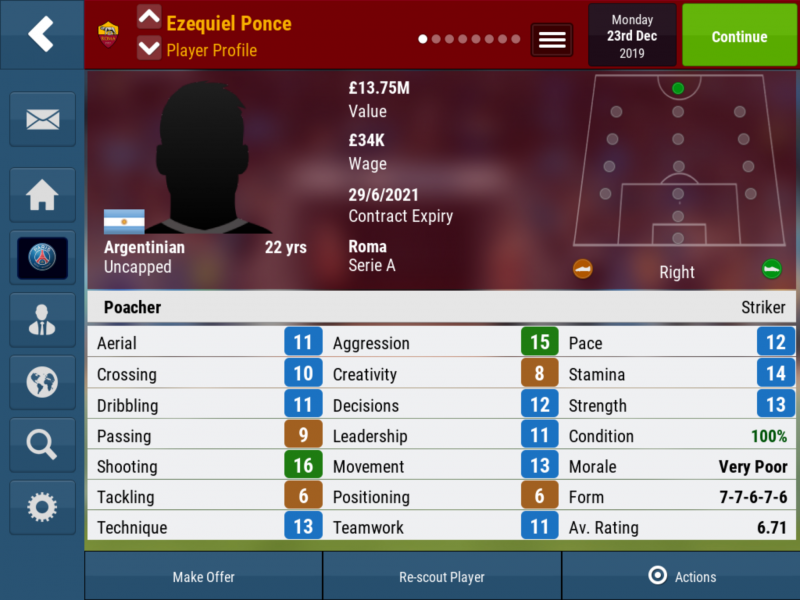