The Wideman: the ultimate wing play guide by PriZe 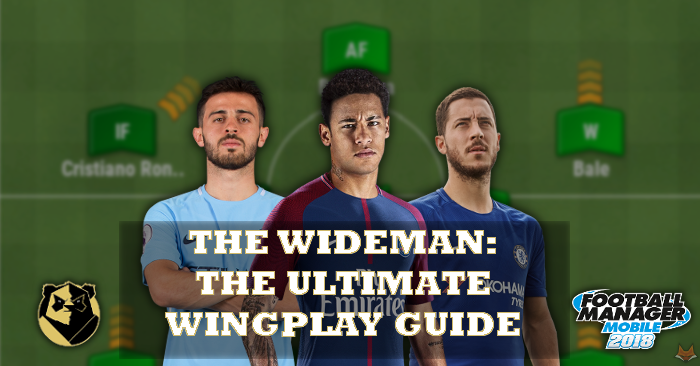 A lot of us on Vibe spend a lot of time in creating tactics, tweaking them, crunching the match statistics to find that one epic improvement. It’s a part of the game that just makes my heart tick a bit faster when I find that tactic that does what I want and rewards me with results. But for every rewarding moment, countless hours of research and frustration was the price. And the best rewards and frustration for me over the years have come from the roles we can use on the wings. Inspired by a great article from @MerlionMaple96 I want to dive in the world of wing play and enlighten us with hopefully some insights we can use.

This will be a four-part guide with the following topics

In the end, I hope to help you and myself better understand how tactics work in FMM and why certain things do and don’t work. I want to end this intro with crediting MM. As he has set out a few basic principles in his article that I am using in these articles as well.

The Winger, The Advanced playmaker and the Inside forwards

FMM has granted us the ability to choose between three roles that we can use on the wing. I explicitly say wing as I will not be focusing on roles that can be used at midfield (for instance the wide midfielder). But before we dive in the nitty gritty let’s have a closer look at the roles. 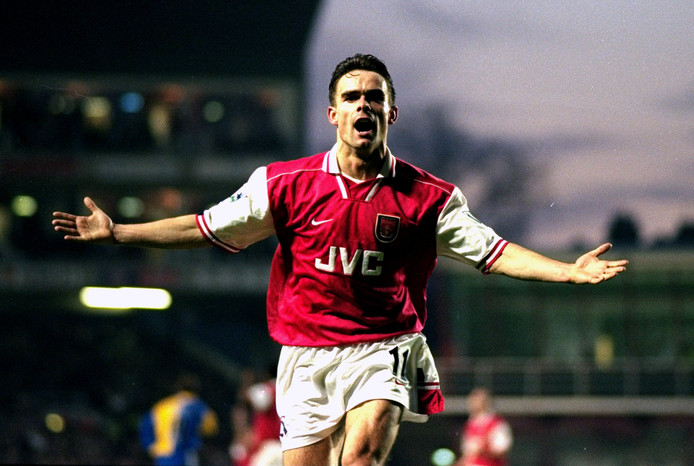 The good old winger, a dying race if you ask me as we hardly see the likes of Marc Overmars and Figo nowadays. The Winger’s goal in football has always been to beat the outside man (a back or midfielder) hug the touchline, sweep in a cross from the byline or dive in to space to give that game defining through ball  to the forward. Traditionally the winger is more focused on creating chances for his team mates versus going for a goal.

We all know the typical advanced playmaker that drifts around between the midfield and the opposition’s defense. Although they drift all over the pitch, the normal habitat is the center of the pitch either fancying their own chances beating a center back or dictating the flow and direction of the attack.

Now deploying the Advanced playmaker om the wing changes his behavior significantly. The Advanced playmaker becomes a hybrid of all three roles. Either delivering a cross, cutting inside beating the full back, or giving that defining 1-2 pass. Notable examples are Hazard but even Ronaldinho in the past played like this. As they playmaker is a hybrid, he will either go for a pass or his own chances depending on his situation. A role made most popular by the likes off Messi and Cristiano Ronaldo and a dominant role in football at this moment. Primarily you will see them hang wide, cut in between the full back and a center back and try and catch them on the brake to either score or give a pass to the forward.  The role is more focused on scoring then providing assist. Don’t expect much defensive support from this lad as he typically is to high up the pitch.

When to use what role?

All though simple in their nature these three statistics will clearly set apart the goal of the role. And hopefully gives us an insight in which role to use in certain circumstances.

Let’s put the theory in too practice. Have a look at the following players.

You can clearly see how each fit in our expectation from the role. Insigne is a bit off expectation shot wise, but shows all the signs of APM on the wing.  And if we look at our other trio you see the distinct traits of the roles.

And to confirm our assumptions we top it off with another 3 players.

So what can we concluded so far based on our look at real life? Some more obvious then others

Based on the above information we can now start focusing on how can we maximize the efficiency of the roles. In the next article, we will be looking at the Winger role and try too setup the formation in a way we will get him performing at its best.

For now, thanks for reading and don’t forget to drop a like or a comment. I also want to thank @FuddledFox for the graphic and feedback, as well as @Ashez for sparring and feedback.

Ps: I am looking for a few people that are willing to crunch out a season for me to gather data. If you are willing, please drop me a PM.