How Real Madrid Could Invest The Ronaldo Money

How Real Madrid Could Invest The Ronaldo Money 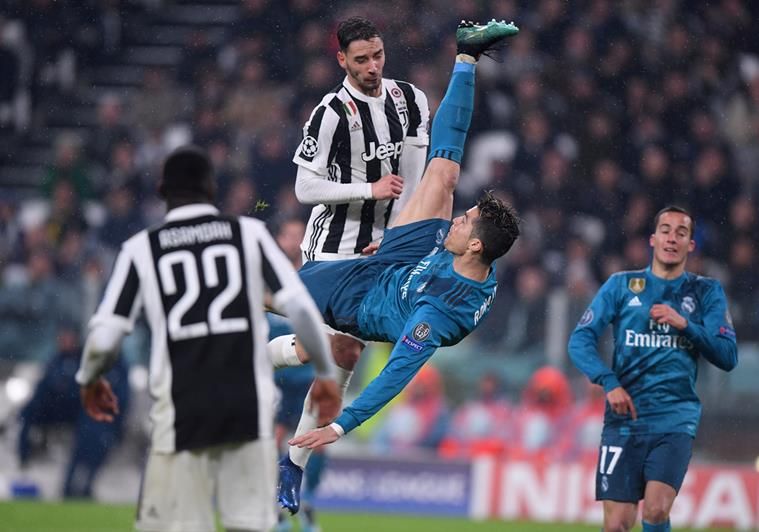 Any big money transfer that occurs around the footballing world these days is always a great reason for the masses to gather and dissect the facts and figures surrounding said transfer, and none such transfer could be considered higher profile than that of the notorious CR7 to Italian champions Juventus. The Old Lady are said to be closing in on a gargantuan £105 Million move for the Portuguese icon, and much like Neymar's move to the French capital of Paris a few years ago, the footballing community around the globe is in utter shock at the prospect of seeing the Madrid legend move onto pastures new. In fact, the reactions of most football fans is likely to be the same as that of Lucas Vasquez in the image directly above. So, with another £100 Million in the bank and a superstar-sized hole to fill in their attack, how could Real Madrid go about spending this new-found wealth to maintain their European dominance, and regain the lead in the race for domestic silverware? This is exactly what we'll look at in this short but sweet article. 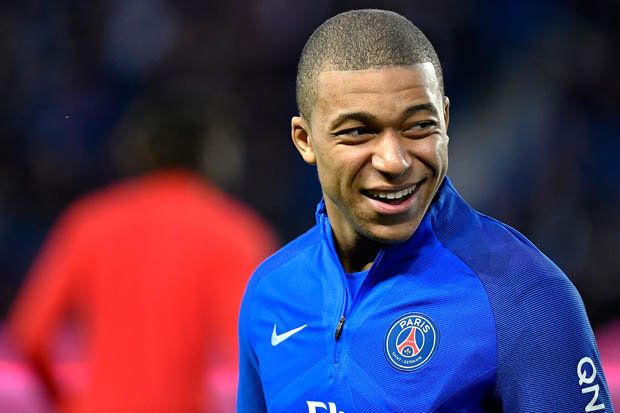 Ronaldo is no doubt Madrid's shining light and the main factor in their historic champions league treble. The long-time Madrista, considered one of the best in history, is not going to be a simple, or cheap, one to replace, and with an aleady waning attack with an aging Karim Benzema and inexperienced Borja Mayoral, Madrids top bosses need to pick carefully with who they choose to be their next Galactico. The Spanish and worldwide media have listed no shortage of potential targets for Los Blancos this summer, with Chelsea talisman Eden Hazard, PSG trickster and record transfer holder Neymar, and French speedster Mbappe all constantly linked with a move to Spain. One plausible rumour is the aforementioned, young French sharpshooter Kylian Mbappe (seen above and below). Mbappe has been incredibly impressive alongside such big names at PSG last season as Neymar and Edinson Cavani, capturing his ability to not only work with the big names but to in some cases outperform them. At just 19, Mbappe has already commanded a near £150 Million fee, and it would take more than that to prise him away from the Parisians. However, with the new £100 Million investment, this deal looks all the more plausible. 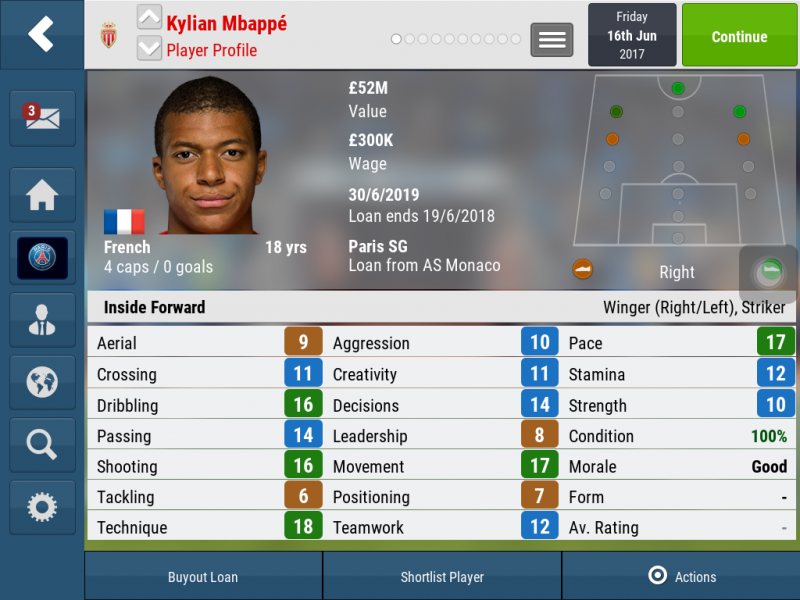 As you can clearly see with the image above, Mbappe is an outstanding, world class talent. At just 19 the youngster possesses incredible pace, which makes him a threat from even deep positions on the pitch, and with class midfield talents such as Modric, head easily be picked out and sent on a run. Alongside this, the Frenchman has an abundance of flair, seen by his high dribbling attribute, portraying his ability to beat men and drive forwards, and his finishing is the icing on the cake, if you will, and he can practically finish from any angle or situation. Just remember this young man is the highest-costing teenager in history, and should he break his own record, he will be exquisitely moulded into the perfect CR7 replacement. 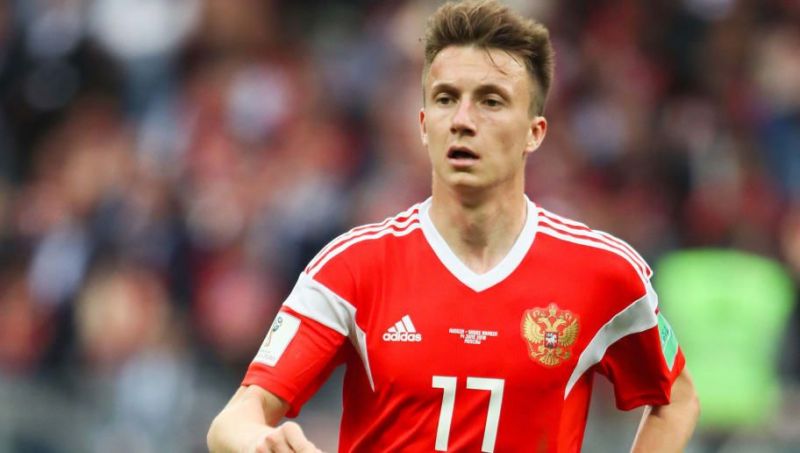 Why rely on one man when you could build a team of winners? It's no secret to the Madrid and worldwide footballing fan base that Real Madrid possess a rather old squad. Modric, as influential as he is, is entering his early 30's. Marcelo is growing ever older and slower, and Benzema seems to decrease in quality and influence each season at the Bernabau. One way that Madrid could invest the money they gain from selling their prized asset is, instead of splashing all of it and then some on a new game winner, bring in three or four top class squad players who can refresh the side and give the Los Blancos the kick they need to push domestically. They've been linked with many world class names, alongside big performers with not so big reputations, such as Golovin, seen above. Another player they could look to bring in to help the squad out is Jorginho, a long time Manchester City target. 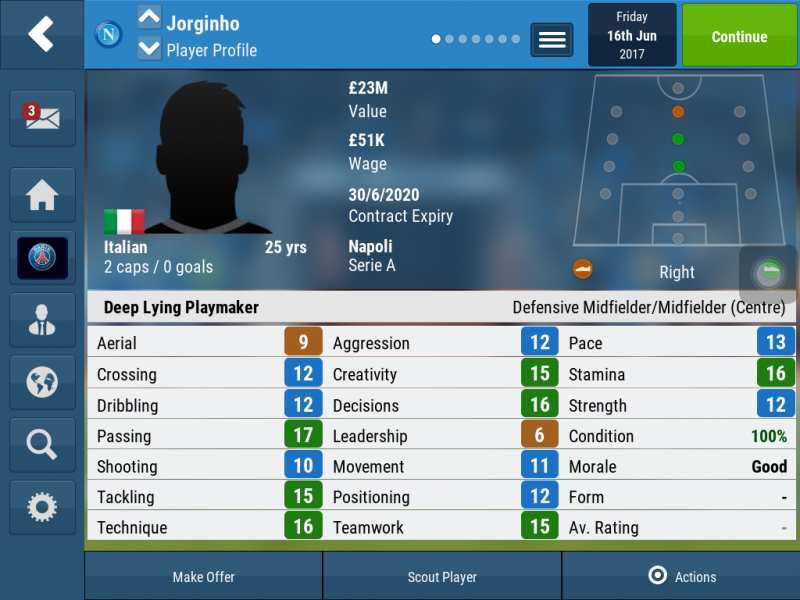 Jorginho possesses very well rounded stats, offering a work-horse like force in any midfield he plays in. His obvious quality and youth would be a massive positive for Madrid going forward. The Italian would offer a unique play style, adding an extra element to Madrid's aging midfield, even with the goal of replacing Kroos or Modric in his first or second year at the club.

Another player that Madrid could look to bring in to freshen up their defence is Alex Sandro from Juventus, the club that Ronaldo is departing them for. 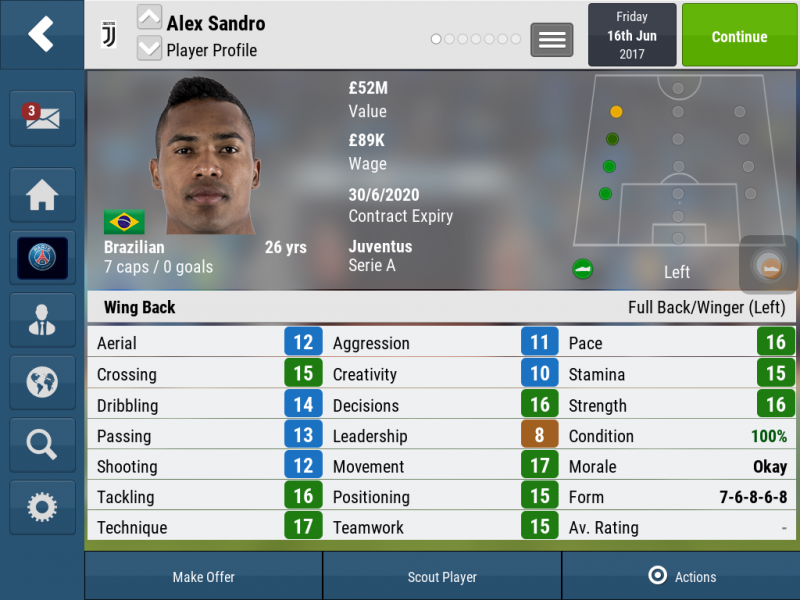 Sandro has been linked with a host of top European clubs over the past two campaigns, and with his inexcusable absense from the Brazil 23-man squad for the Russia World Cup, he will be desperate to prove himself on the biggest stage to dislodge Filipe Luis. A collection of top-level attributes, such as pace, tackling and dribbling prove him to be a world clas fullback and a clear replacement to the aging Marcelo.

Whoever the Los Blancos decide to pitch for, improving the overall balance of their side could prove to be a more worthwhile option for success. Just plumping for one direct replacement would be a dangerous move for Madrid to make as, not only will that player not be able to fill the boots of the Portuguese legend for years to come, but it would not solve the issues that already exist at the Bernabau. A depleting squad is occurring around that main hitman whatever happens, so solving that issue first would be the smarter move for Madrid to make in order to allow them to embed a new superstar in an already built and structured side, instead of ripping them apart after they've settled, and either way it's unlikely Real will have the financial muscle to do both jobs effectively this summer.

So, a summer of either mass revamp or big single-player spending faces fans of Real Madrid this season, and whichever option they opt for will be intriguing for the fans to keep an eye on throughout the summer window. What I want to know is your thoughts on the Ronaldo transfer to Serie A powerhouse Juventus, who you reckon Madrid will bring in and any potential knock on effects you see this deal having. Please remember to leave a comment, and thanks for taking the time to read. 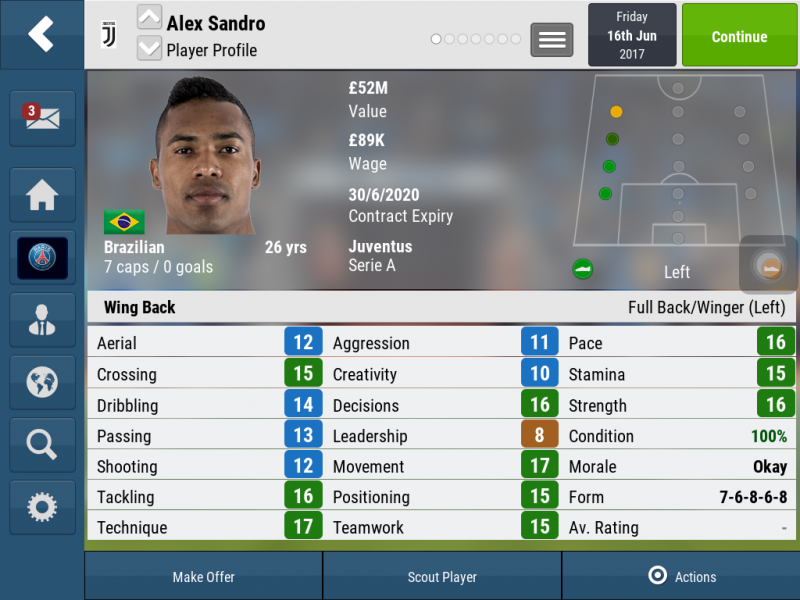