FMM19 Wishlist: Training and why it should be improved 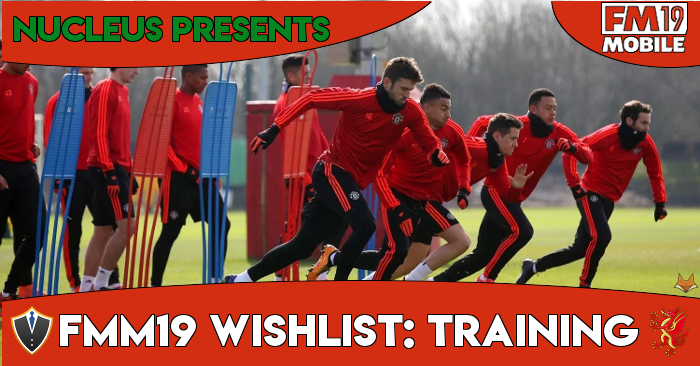 Training, a vital part of a footballers career, a part that you could say makes a player. Legends are made under the dazzling lights of stadiums, but they are born on the training ground. It’s also unfortunately a part that is very limited to us as FMM players. Here’s where I think SI could improve on in regards to training for FMM19 and beyond.

First of all let me clarify that I’m happy to keep the current training system we have in place as it is. That could serve as the Team’s General Training Regime, maybe add a few more slots so we can variate a bit more freely, but otherwise it’s a decent template for a Mobile Game. What I would like to see introduced however, is Individual Player Training. Individual Player Training would allow us to mould our players whichever way we see fit, and I’ll tell you how.

Additional Focus Training could be used to give a player extra training in specific attributes alongside the team’s general training regime. Additional focus would play an important part in shaping your players development, but more importantly it would give you much more freedom to shape a player to your needs.

For example, you could set these additional focuses to each player:-

Or to be more precise, the scrapping of the current system. Ever witnessed first hand, the frustration of trying to retrain a player that you believe could play in a certain position, only for your “coach” to tell you he has zero aptitude in training for that position? I have, and it sucks. For example, a poor example actually but still an example. Ashley Young and Antonio Valencia, two natural wingers but have somehow found themselves playing as wingbacks. Gareth Bale, a left full-back by trade, pushed up the wing after the tactical instruction of Joe Jordan and look at him now. Sergio Ramos, Javier Mascherano, Vincent Kompany, Thierry Henry the list goes on. All of these players found success after switching positions. Positions that we have now all been accustomed with them playing in.

The point I’m trying to make is that we should be the ones to determine where a player can retrain to,  not an in-game coach who as we all know don’t really work effectively anyway. Granted, it wouldn’t always work, but it would make the game much more immersive than it is right now in my honest opinion. Imagine the joy of deciding to push your full-back up the wings or even as a striker and realising a world class player develop under your eyes!

Player Trait Training could be used to train a player to learn a new trait or forget an unwanted trait he already has. Before setting Player Trait Training up, it would be important to make sure that the trait would be beneficial for the player, because remember, all this extra training adds to his workload and he could be at risk of injury if pushed too much. For those of you not sure what I mean when I say traits, I’m talking about the text you see on a player’s position page:- 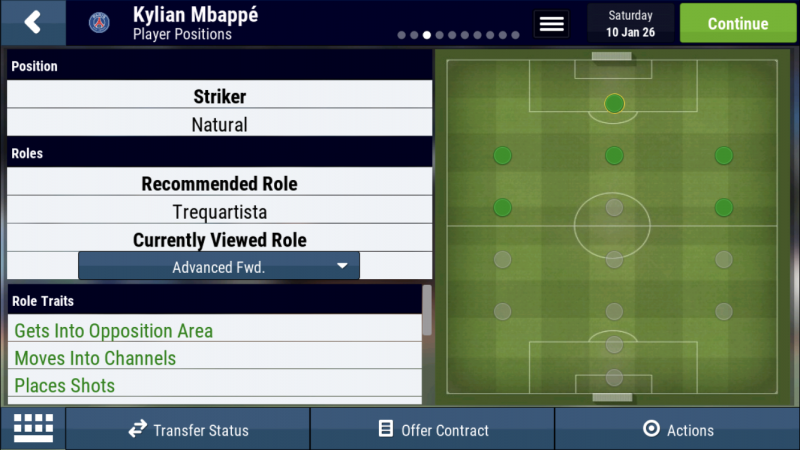 As you can see here, Mbappé has a few traits as an Advanced Forward on this page, the three we see are “gets into opposition area” “moves into channels” and “places shots”

If there’s plenty of interest, I’d be happy to write an article describing what each trait does in-game.

There’s two ways to train a player to learn a new trait:-

These are just a few ideas that in my opinion would improve on the current game.

What are your thoughts on training? Do you agree with what I suggested above? Please let me know your thoughts in the comments below.

As always Vibe, Thanks for Reading.