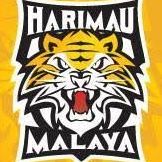 Thank you. Not sure if this becomes of help to anyone, but here's what I believe helped me in this career, which may or may not work the same for others, or obvious. Anyways: The first time I sta

Season 17 Last season sees the completion of the 1.5KC, but only able to achieve it due to international goals tally. Let's see if we can bring up the club goals total to 1.5K on its own. and wha

Season 2 Update Finished season 2 few days back but haven't had the time to update the topic until today. Season 3 just finished and will be updated right after this is done. So without further A