How To Be Your Own Sugar Daddy (FMM19 Version)

Back in the 2017 version, I wrote an article on how to print money, titled How To Be Your Own Sugar Daddy.

The premise centred around buying either:

If you could abuse take advantage of the auction system to drive the price as high as possible, all the better!

That didn't work in FMM18 for two reasons:

But guess what? Most of what I covered in the original article works again in FMM19.

Auctions are back in FMM2019 - but don't get your hopes up. You won't get clubs bidding against themselves long after the other clubs have dropped out, driving the price up to insane levels. This year's auctions are more balanced and dare I say realistic. You can drive the price up a little, but that's it.

The key though was always the ability to offer players to other clubs without them knowing being transfer listed. If you transfer list a new player, they get upset. If you do it to 10 players at once, you've got a mutiny on your hands... Fortunately, FMM19 reverted to FMM17 behaviour: offering a player to other clubs does not add them to the transfer list.

This means in FMM19 you can once again pick up a player and turn right around and sell them for a profit...

How To Do It

As mentioned in the original article, you need to find a player you can sell for more than you buy them.

Good free agents fit this description to a tee, but you can also buy players on the cheap, who increase in value almost at once. In the last article I recommended buying good players from smaller clubs (where they would be undervalued) and selling them on to bigger clubs, who would pay more. This part has changed slightly in FMM19 though.

It's now harder than ever to find a really good player and buy them anywhere near their list price. The clubs are all insanely greedy! However, I've had good success with the following:

You can normally sell these players for much higher than you asked for. It seems (to me) like that there are more clubs willing to buy players than ever and they don't mind paying over the odds.

Matt Butcher was released by Bournemouth and I picked him up on a free, only to immediately sell him to Bristol City for £10.5M (where his value has now dropped to £2.8M): 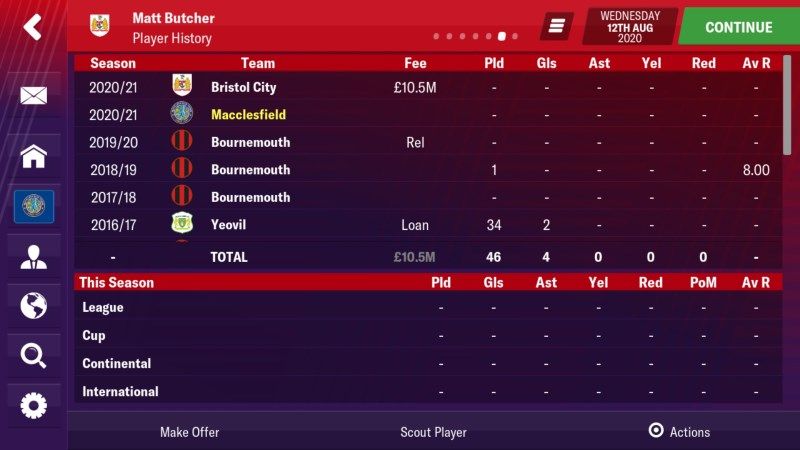 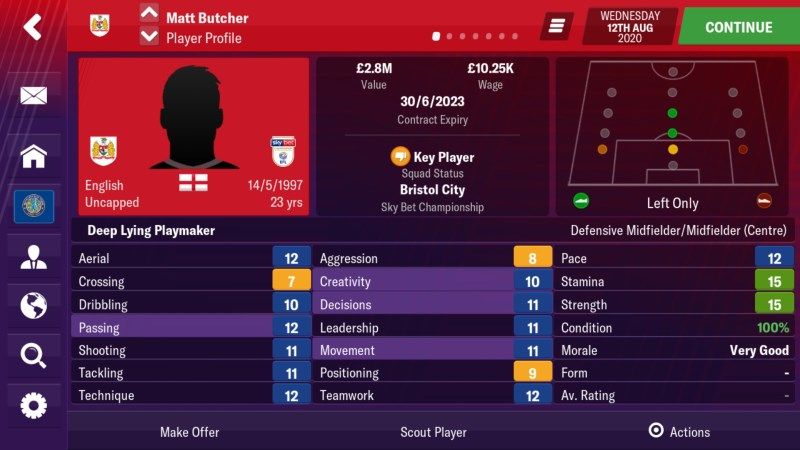 Next, Matt Olosunde was no longer wanted by Man Utd, so I bought him for £0. Yes, his value was several million, but I offered them £0 and they went for it. Then I turned around and sold him to Bristol City for £7.25M (once again higher than his value after the sale): 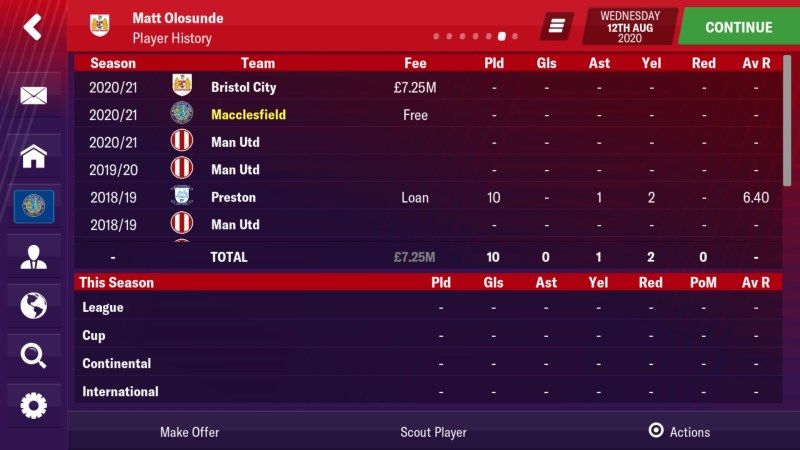 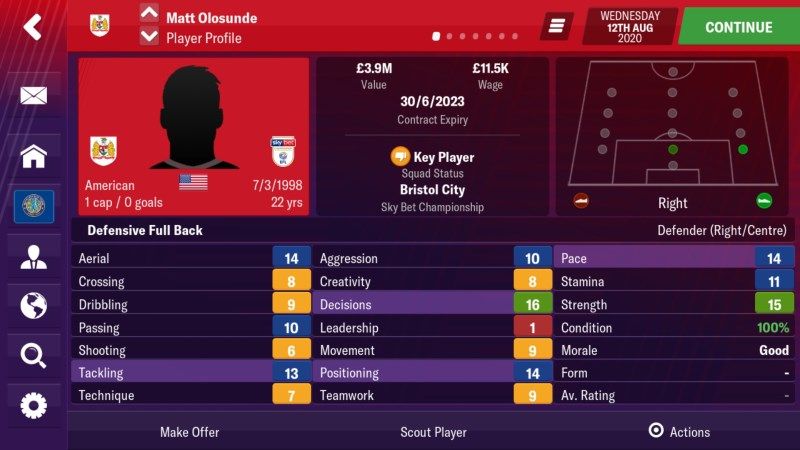 Final eg, I bought Mahlon Romeo for £550K from Millwall (where he was undervalued because he was at a smaller club) and sold him to Blackburn for £5M (his value after the transfer went up even more, but I'm happy with my profit): 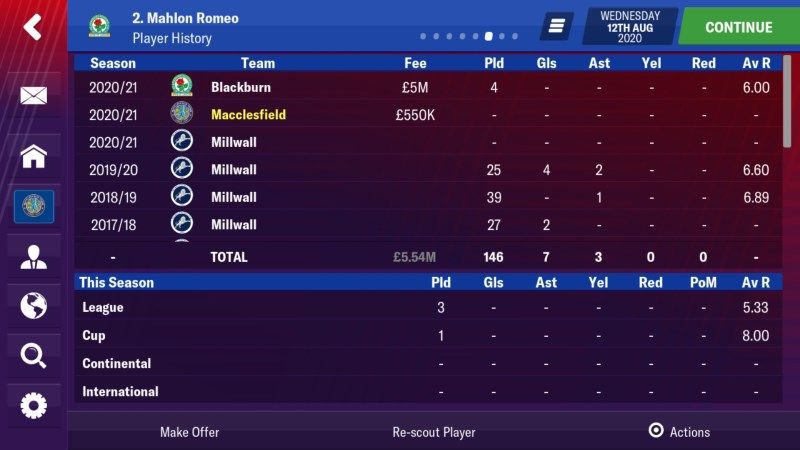 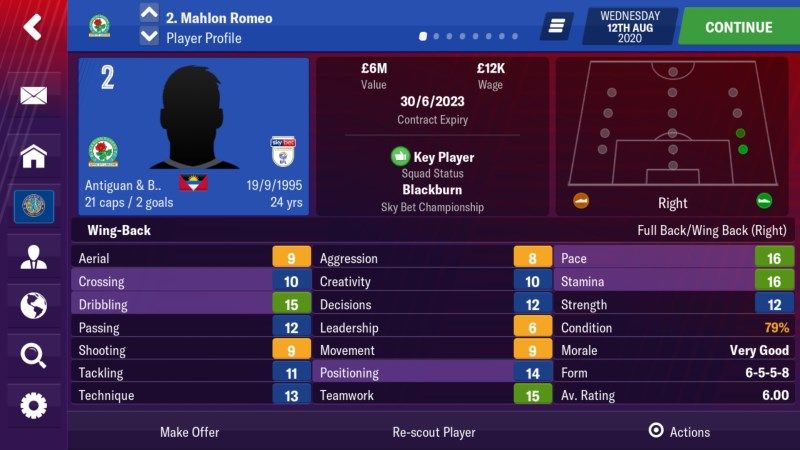 In the original article, I had a whole section about scale and whether it would work for clubs of all sizes. Same advice applies: your mileage may vary. However it's working a treat for me as a small club (Macclesfield) newly arrived in the Championship. The same principles still applied down lower, but it really took off once we hit the Championship, because we could attract better players who'd fetch a decent amount. I expect it will work even better in the Premiership (let me know how it goes if you try).

I'm not sure how I feel about this. It's just made FMM19 so much easier for me - but I was enjoying the challenge of it being harder and more realistic.

In hindsight, I think I'd like something in the game to prevent this. I'm NOT suggesting going back to the FMM18 behaviour of players being transfer listed when offered, but maybe some sort of behind the scenes functionality to prevent (or severely limit) any offers in the 6 months after a player signs.

What do you think?