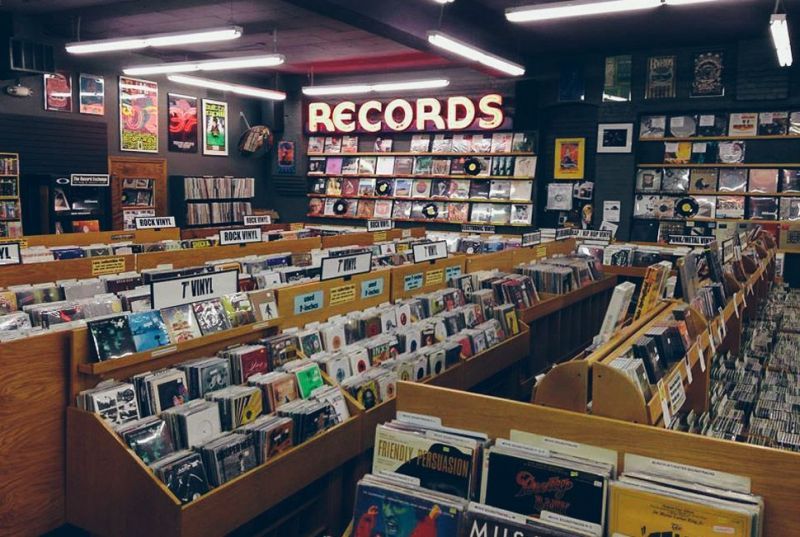 Hello everybody and welcome to my store. Now i would invite you all in but i only have half the store finished!

To be honest its my own fault as i used the same contractors that the boys over at White Heart Lane! Doh!

Oh well we persevere and i'm hoping to have it completed before the turn of the century. 😉

I bought the store recently from a rather shifty fellow(who shall remain nameless) but it was going cheap. I wanted to have some where to show off all the Vibe Records that come out from time to time.

I pride myself on having the only store in the world that allows you to come inside and literally break the records!!

I am hoping, if i can get the rights....show off challenge records.

The big wigs over at Vibe are quite the shady characters and usually drive a hard bargain but i'm hoping to strike some kind of deal....maybe offer Bag of Chips Mary's services out! Who knows 😁

Oh and apologies for the shocking graphics out front but Dodgey Dave was not so good at putting up the neons and quite frankly....its dodgey!

I have heard of some local dude...think his name is... Wolfy? Not too sure but maybe he would be willing to brighten up the outside and correct Dodgey Dave's work!

Anyway... stay frosty for updates on new arrivals and i will catch you all soon.

Most penalties scored by a single player in a game: Fabio Silva - 3 @Nucleus

Most chances created without a shot on target: 11 @Ashez

Least amount of goals conceded in a league season: 4 @1759

Most games without defeat: 126 @fRESH

Most MoM awards in a season (player): Willem Geubbels - 44 @fRESH

Most seasons in row without losing: 6 - @Helmstuber

Most seasons in a row with 100+ goal difference: 6 - @Helmstuber

Most unique scores in a single game: 8 @Helmstuber

Most no. of own goals for in a match: 3 @Kanegan

Most Games Without Losing: 323 @smoggy90

Most Games won in a row without conceding: 16 @shosky

Most shots in a game: 39 @darlingtonvii

Most shots on target in a game: 23 @darlingtonvii

Most clean sheets in a league season: 32 @shosky