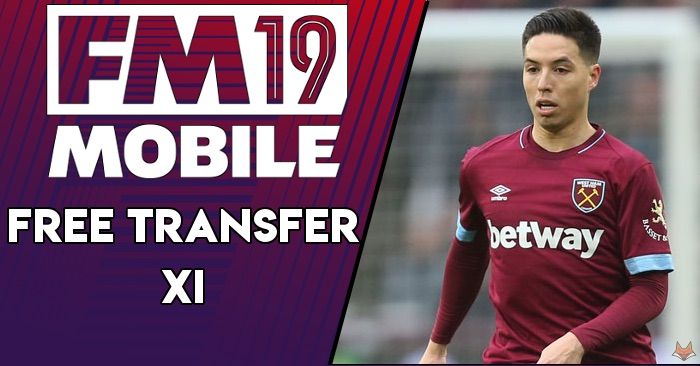 Forget your Neymar’s, forget your Pogba’s and forget your Mbappe’s. We all occasionally love splashing the cash on the games very best superstars, or promising wonderkids, but the real thrill of this beautiful game we call FMM comes from unearthing that reject, or rough diamond that we believe can produce the goods at a fraction of the price. That’s why in this list, I’ve conjured up a squad of rejects that can all be bought for absolutely nothing.

All of the players in the below list are available on a free transfer at the start of a new save. The leagues I loaded were England, France, Germany & Spain which gave me a whopping 22,000 player database. Of that 22,000 database, 1,272 players were free agents and thus my search began.

Now then, let’s have a look at the team and why I picked them. 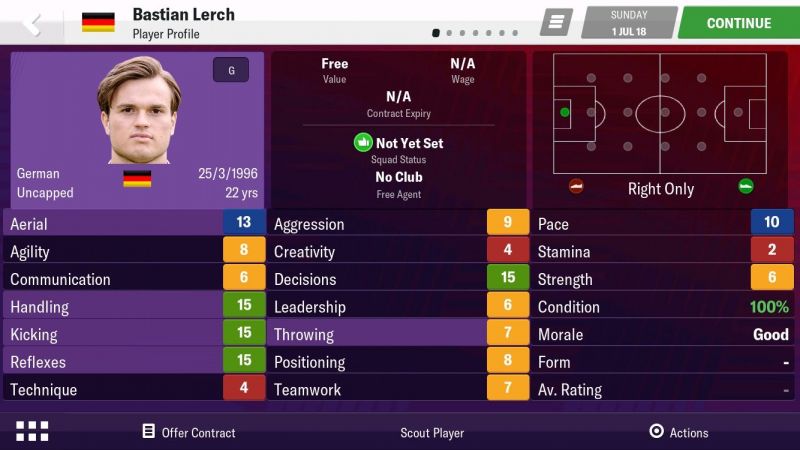 In goal we have German stopper Bastian Lerch, at 22 years of age this man has years ahead of him as a top goalkeeper. Some of you may look at his page and be put off by the abundance of orange and red stats, but look past those and you can see he has 15 in Handling, Kicking, Reflexes & Decisions along with a 13 in Aerial ability. At 22 years old this lad will no doubt improve with some game time and training and is a decent keeper at Championship/League One level in my opinion. 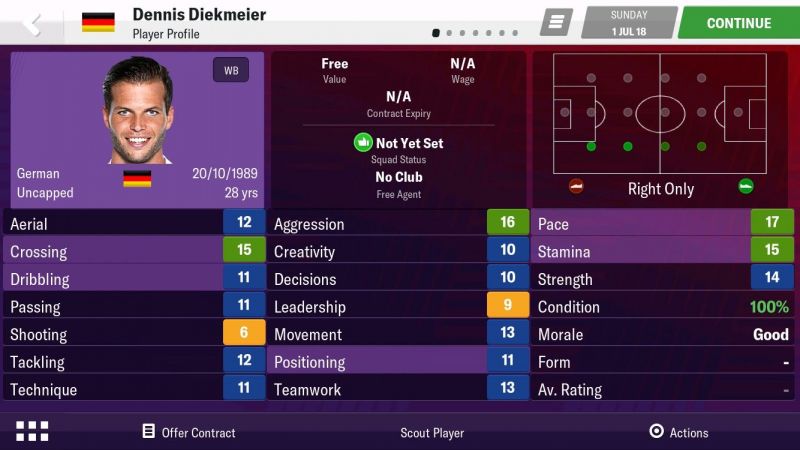 Now this lad looks good. Well rounded stats across the board along with green numbers in Pace, Stamina & Crossing means this guy is a very solid Wing Back. I’d go as far as to say this guy could do a decent job at Premiership level. At 28 years old there might still be room for improvement too. A real bargain. 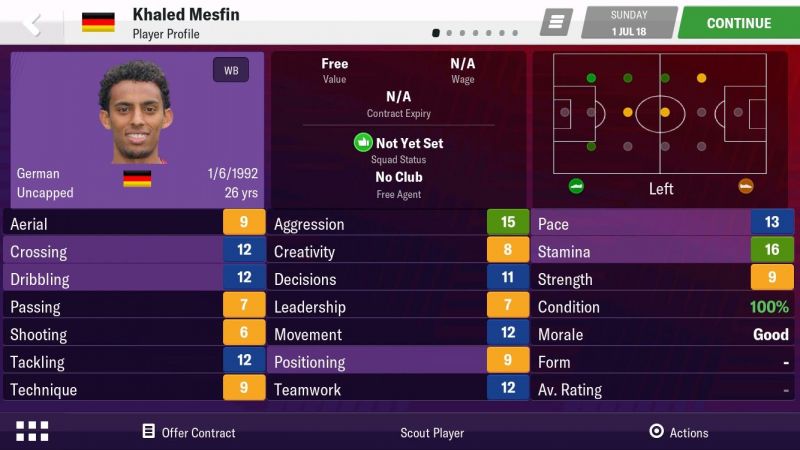 Now this lad doesn’t look as good as his RB counterpart, but he’s still got more than average attributes in key areas including Stamina (16), Pace (13), Crossing (12) & Dribbling (12). Being 26 this lad is approaching his peak years so you should see some slight improvement after game time and training. 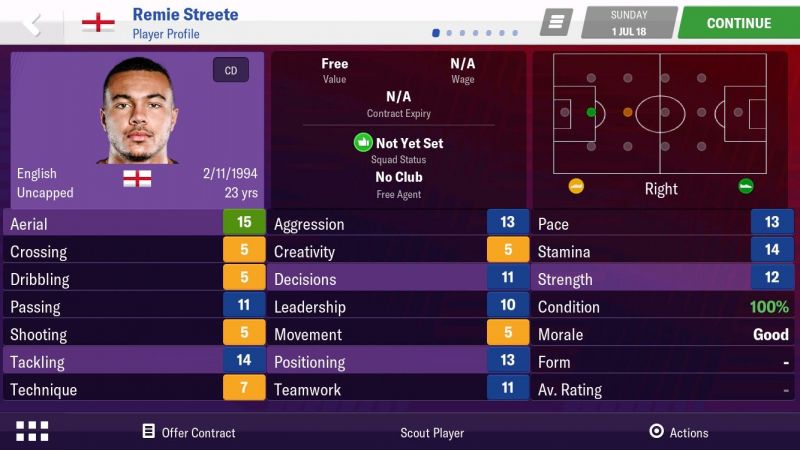 This man was around last year as a free agent too, that’s why i was surprised to see him still without a club. He was a lower league tank last year. I had him in one of my lower league saves and Man Utd approached to buy him! He’s got Pace (13), he can Tackle (14) and he can head the ball well (15) along with more than decent mental attributes. This makes him a quality defender and one you should be looking to pick up straight away. 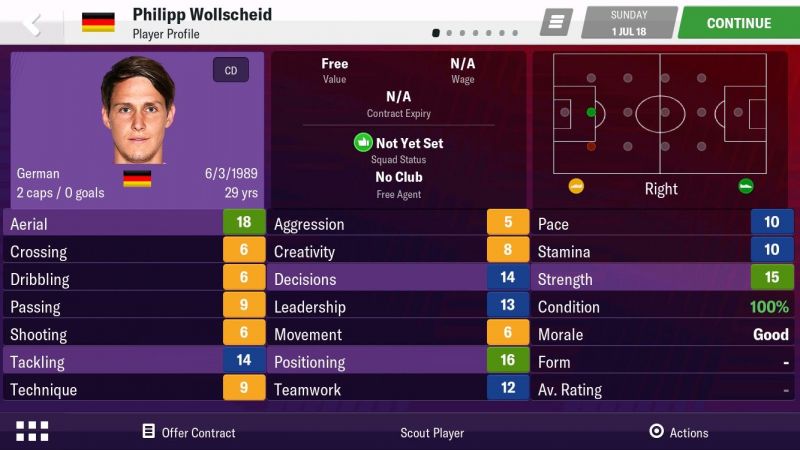 Heading back to the German theme I had going on now as we delve into the talents of Phillip Wollscheid. At 29 years old this man is at or near his peak so don’t expect too much growth, but with his attributes you won’t need much. Aerial (18), Tackling (14), Decisions (14), Positioning (16) & Strength (15) make this man a mean Central Defender. He can be a leader at the back too with his more than decent 13 in Leadership. Rock at the back. The former Sunderland midfielder looks a real steal with his abundance of well rounded attributes. His only let down is his shooting (9) but everything else is well above the 10 mark which makes this man very versatile as he could play a number of midfield roles. Personally I’d make use of his Aggression (15) & Strength (14) by playing him as a BWM. 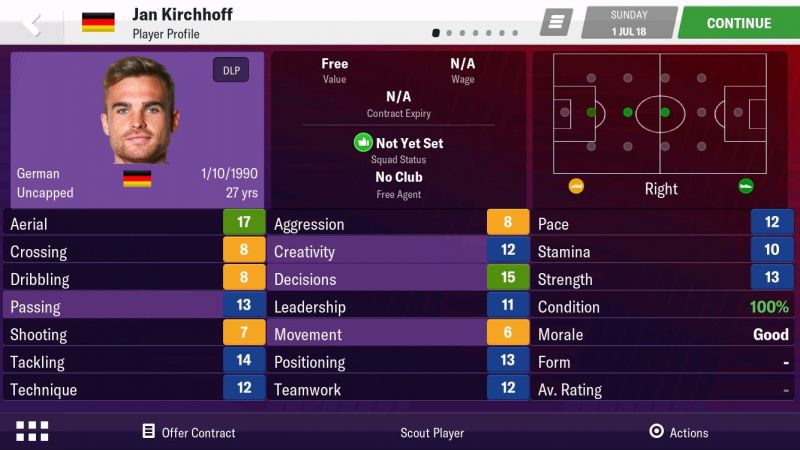 Lining up with him in midfield is another former Sunderland man. Jam Kirchhoff made this list last year, and his history of being injury prone may make this a bad deal, personally I’d take a chance on him and stick him on a low intensity training. He can play anywhere between CB/DM/CM so he’s versatile, and his attributes speak for themselves. 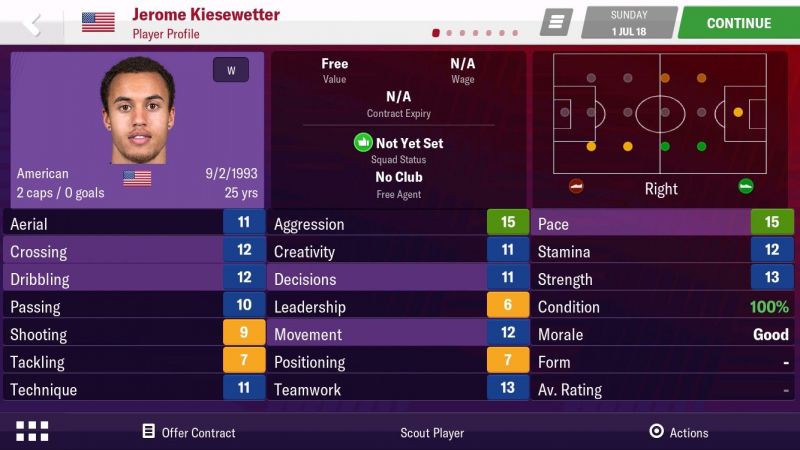 American winger Kiesewetter’s Pace(15) and Aggression (15) alone should make him stand out, think of him as a very fast tank. You don’t want him running at you on the flanks especially as his arsenal comes equipped with Crossing (12) and Dribbling (12) & Movement (12). You can sign this lad from anywhere in the Vanarama North/South up to the Championship and expect a half decent job from him. Plenty of room to grow too in my opinions as he’s only 25. 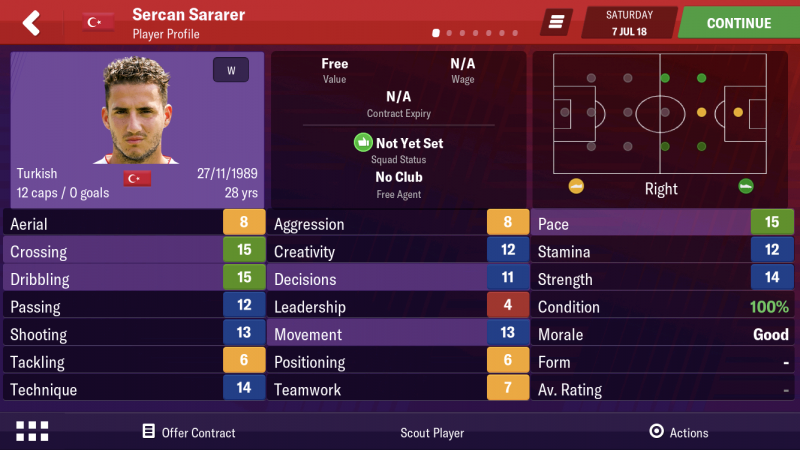 This former Stuttgart and Fortuna Düsseldorf winger finds himself without a club this season. You should really be looking to pick him up as his fantastic attributes make him a deadly player to have on the flank. Crossing (15), Dribbling (15), Shooting (13), Movement (13) & Pace (15) make this man deadly in any given role. He can play on both wings but I’d personally have him on the left as an Inside Forward to utilise his selfishness! 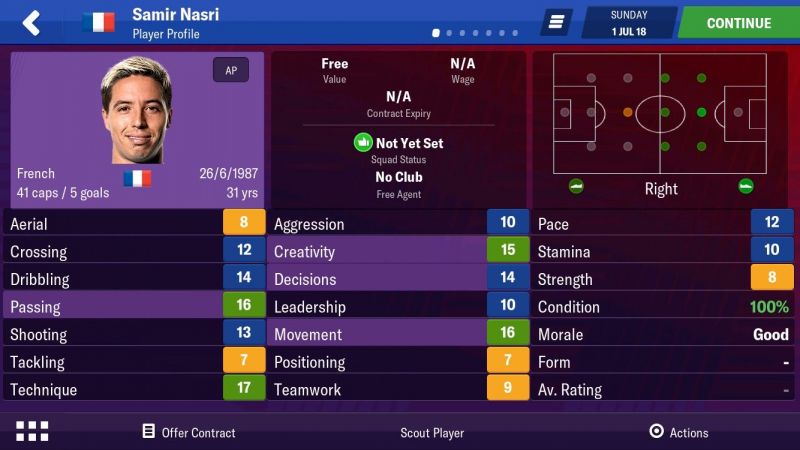 There was only going to be one man to fill this position, and you need to snap him up quick as by the time the winter update rolls out he’ll be at West Ham who have signed him in real life. Passing (16), Technique (17), Creativity (15) & Movement (16) make him stand out from the crowd as probably this squads best player. The majority of you would probably opt to play him as an Advanced Playmaker, but I believe he’s more well suited to an Attacking Midfield role due to his low teamwork not really allowing him to shine as a pure creator. Whichever role you give him, there’s no doubting that Samir Nasri is a bargain. 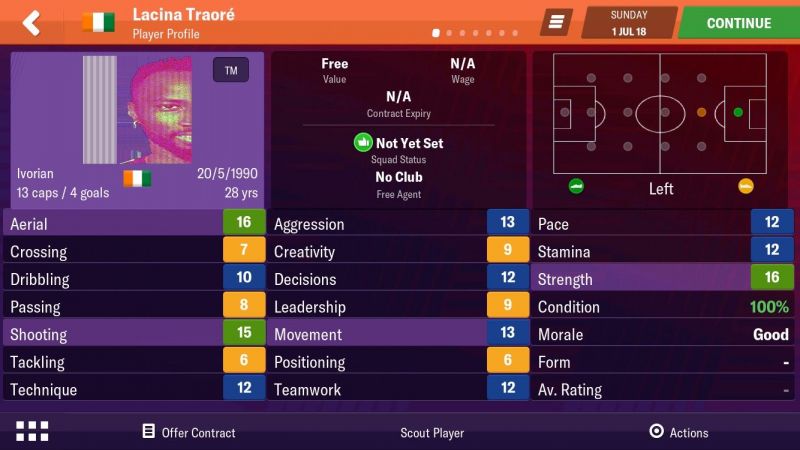 The Target Man is overpowered this year, so why not grab a fantastic one for absolutely free. Traoré has Aerial ability (16), Shooting (15), Movement (13) & Strength (16). The ideal Target man, plus he’s not too shy on Pace (12) which makes him a deadly striker in this years game. 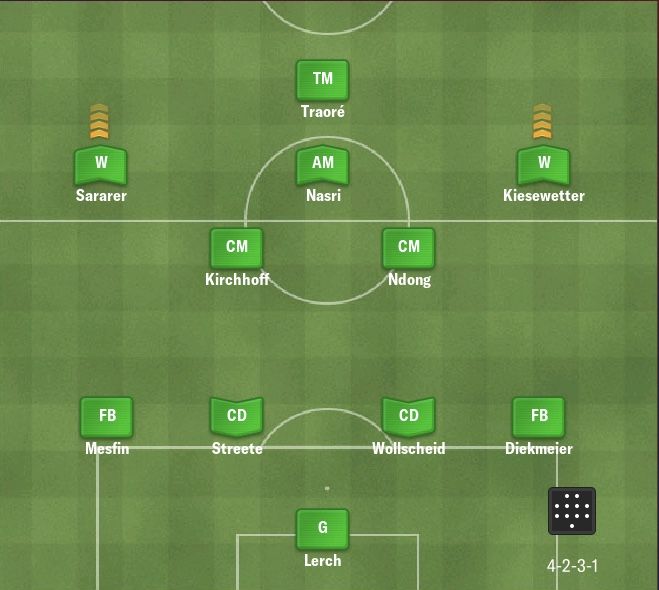 That completes the list. I hope you’ve enjoyed the guide whilst also finding it helpful. If there’s any interest I may pluck this team into the Premiership to see how they get on as a little experiment into their qualities.

Credit must go to @Foxy for the header image.

Thanks for reading, and please remember to leave a comment