Career Employed and Unknown but Employer is Unknown 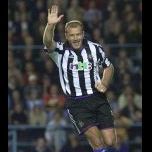