Pretty sure that France, Macedonia and Wales don't and possibly never have competed in the Copa America.

The issue with the 'assists' - I believe that these are stored in a 8 bit variable (char) and as such can only handle a range of 0-255, any higher than that and it will wrap around to 0 and count up a 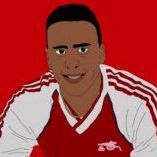