Looking At Dong's With Ashez

Looking At Dong's With Ashez

Recently I made a joke in response to a bizarre comment here on Vibe which ended up with our very own @Foxy saying he'd be doing a dong article, I however had little faith in this claim and decided to call his bluff as I look at all the dong FMM can offer! A dot dong is a very unfortunate problem to face unless it's on the green green grass of FMM so sit back and relax as we go on a journey to see what dongs FMM will allow us to have our hands on.

You may expect a game like FMM that has thousands of male names to have a crazy amount of dong's but my search for dong only brought six players to the table, I'm sure there is a joke there with that figure especially but let's stay classy, hey Vibe....We're not FMMVibrate after all......A joke for the old timers right there, boom! Anyway let's reveal those dong's! 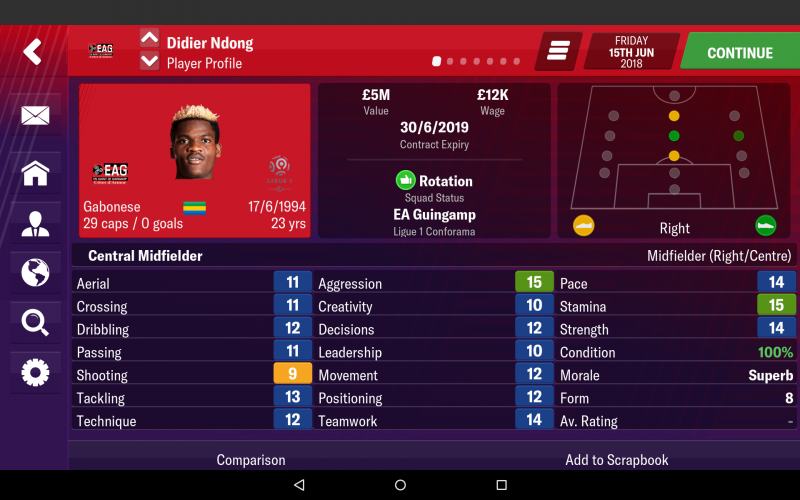 First up is the former Black Cat Didier Ndong who brings a pretty balanced spread to the table, however the Gabonese international is still fairly youthful so with the right training he could do a satisfying job in multiple positions. Having high stamina is always nice for those long nights on the pitch but his other attributes could round out nicely to make him a solid mid table option as it doesn't take much imagination to see him with green tackling, positioning, dribbling and movement which would make him a nice box to box player. 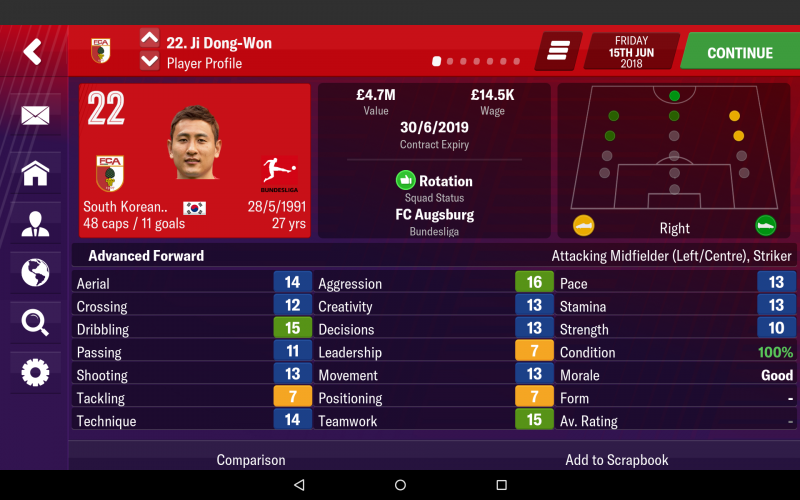 Next up we come across Ji Dong-Won who is a striker come attacking midfield who's teamwork stat stands out instantly, I'm sure everyone on the pitch would appreciate his hard work and graft around the box. His dribbling stat also raises eyebrows as who doesn't like a player who can carry the ball into the box and potentially provide a Messi styled finish? The South Korea internationally is entering his prime years while also being the second most experienced player on our list based on age and with some training he could be a hidden gem as his creativity, movement, shooting and technique could easily develop into that desired green territory.

What a climax at the Stadium Of Light as Dong-Won gives the home fans a happy ending! I bet @samhardy found great pleasure in that moment! 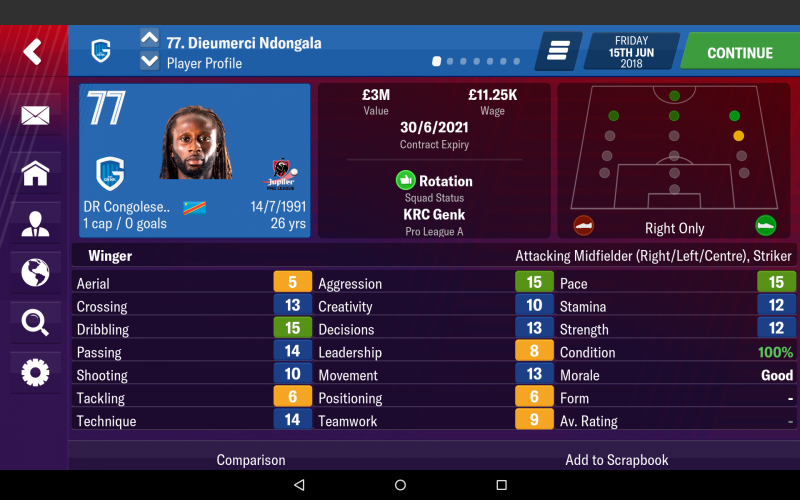 Dieumerci Ndongala is the fastest player on our list which can come in handy in a head to head, especially for his position as the right winger could skip passed any opposition obstacle to abuse his dribbling skills. The once capped international is on the verge of greens in various areas like technique, crossing, passing and movement with the only real concern being his teamwork as no one likes a selfish player once they're in the danger area. If I was being picky I suppose his heading ability could also use some work as it would only lead to more finishing opportunities but for the market value I'm sure Ndongala could do a job for you. 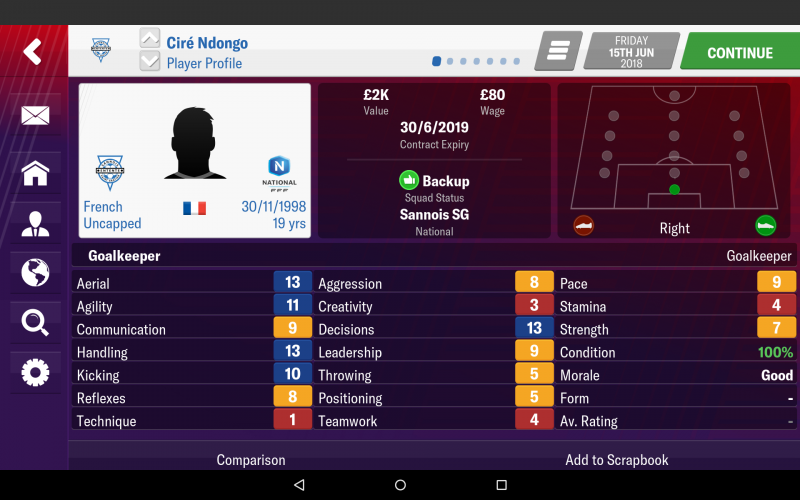 Next up is Ndongo who's the only player on our list to feature in his own box with gloves on, the nineteen year old goal keeper still has alot to learn however. A number of his stats are low but it's important to remember he's only been an active professional for a few years so he'll be expected to learn on the job and develop with time. His handling especially is impressive however as he's already mastered how to grasps the ball while his decision making stat should help him decide when that's appropriate and when he should try another technique like punching. Like I said he's only young but his technique, teamwork and physical attributes leave something to be desired but for a man between the sticks he has reasonable potential. 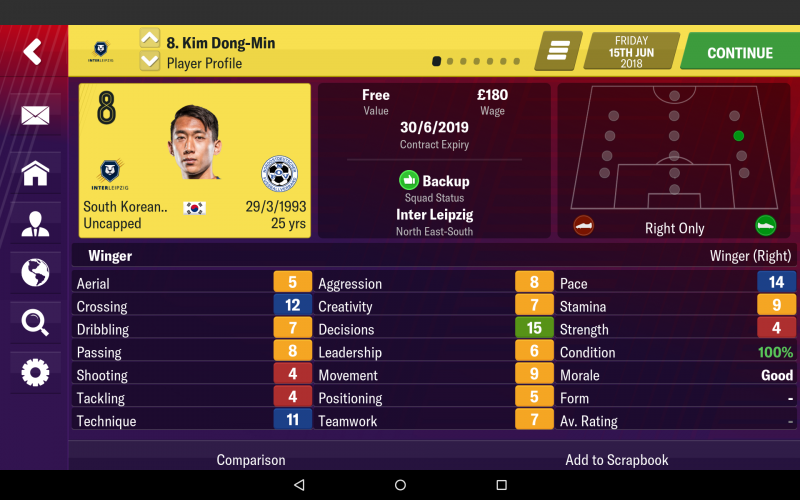 The South Korean Kim Dong-Min is an available player at the start of the game but I'm not sure he's a player I'd commit too, the 25 year old is already experienced yet he's failed to stand out in key areas with his stamina especially being a cause for concern, the winger should be expected to run the line until the final whistle blows but I'm not sure he's got that in him. Good technique can however make up for other short comings and his ability to cross the ball shouldn't be overlooked but I think this lad is only suitable for those shopping in the lower division's. 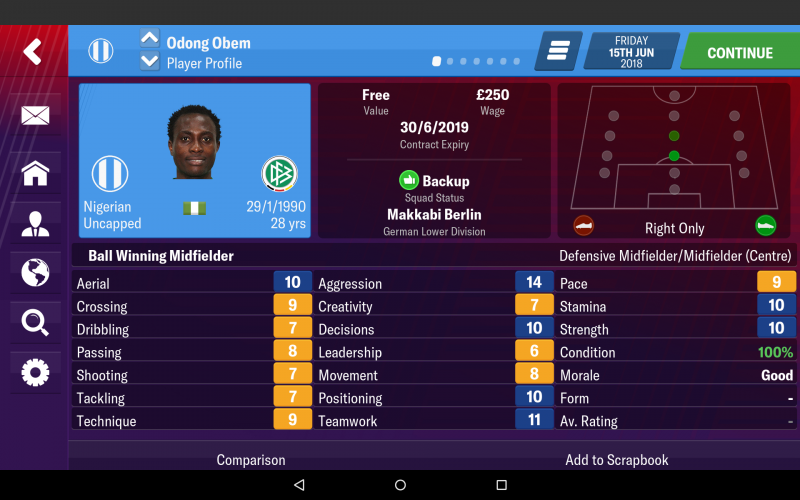 The last player to feature on our list of six Dong's is Odong Obem who just so happens to be the oldest on our list, the midfielder is available as a free transfer at the start of the game but is he worth picking up? Physically the African is middle of the road with okay at best stamina, strength and pace but I'm sure it's work able, other wise his stand out traits are his ability with his head, his positioning and his decision making attribute, unfortunately however the player is lacking in vital areas for his role as his on ball attributes are very underwhelming.

That brings my list of six Dong's to an end, hopefully you enjoyed the read and please feel free to tell me your favourite Dong, or your past Dong experiences or anything at all really, thanks for reading.