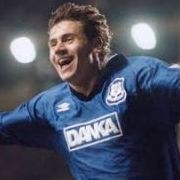 Season 13 Review With the TT now completed, this was my first season concentrating on just Zirkzee with the aim of getting him to 1k. His form was pretty poor last season but with a new contract

Ya, Barella was signed in the second season and he has been brilliant for me right from the start. Signed Luca 2 seasons back and he has also been great. There are lot of Italian talents out there who