Can FMM Learn From Fire Emblem? Roughly six months ago I wrote an article (Link) which explained how seeing FMM as a RPG changed my gaming life, it might seem daft to some but I found FMM compares well to certain RPGs due to its stat based gameplay and how both genres utilise role and class systems among many other similarities. While that article hardly set Vibe alight it did catch the attention of the developer of FMM ( @Marc Vaughan ) who and I quote said "It﻿ might﻿﻿ interest you ﻿to know﻿ I've﻿ always approached designing the game as it being﻿ a 'partial RP﻿G' product" which was all the justification I needed to prove to myself I'm not crazy!

After this development it's only natural that while playing Nintendo's latest smash hit SRPG "Fire Emblem Three Houses" I started to ponder certain elements of the game design and how it relates to FMM. Fire Emblem at its core is a tactical and strategy game where you have battles on a map involving your class of heroes against the enemies in a rock, paper, scissors like battle system (actually not really present in Three Houses but historically), where each class has a clear advantage and disadvantage against the other. However since Fire Emblem Awakening on the 3DS the series has developed massively away from the battlefield introducing a support system where characters get to know each other and their interactions help you get to know them, it really adds so much depth to each character.

Obviously something like that wouldn't be practical for a game like FMM but I'm laying the groundwork for the next set of massive developments introduced in Three Houses, which is where I'll bring FMM into the discussion. In Three Houses you play as a professor at a school for knights and the like and in this position it is up to you to train, develop and instruct your characters as you see fit, stats aside every character is basically a blank slate.

The training is what really got me thinking about FMM though as the core systems are extremely similar, in Fire Emblem you can train your students in each weapon type as you see fit, so for example you can train your lance user to get better at using horses with the end game of him developing into a mounted unit, or training your sword uses with a bow to utilise ranged attacks and so on. Obviously all you have to do is swap warrior class types to FMM role types and the similarities are clear as day, even if FMM is more restricted.

However one area where Fire Emblem stands out is the level of growth not only relies on uses of said weapon and experience but also in motivation. Don't get me wrong I know a motivation system is already in place in FMM but it's basically boiled down to the same old interactions and performance based results. In Fire Emblem the way to increase a characters motivation is to not only interact with them but to bond with them, for example doing well in battle will give a motivational boost but so will other activities like having a meal together, giving gifts and bonuses and various other things. The whole idea of this motivation system is to get to know your players because the Fire Emblem series uses a perma-death system where a character stays dead, obviously this doesn't translate directly to FMM yet at the same time it does as selling a player or having one you love retire would sting that little bit more.

Obviously FMM can't go to stupid levels of depth and characterisation for every player like Fire Emblem can but I do think there might be legs in the motivation angle. Before we go any further I want to make it clear I'm not talking media interactions, team talks or anything that would bog the game down. 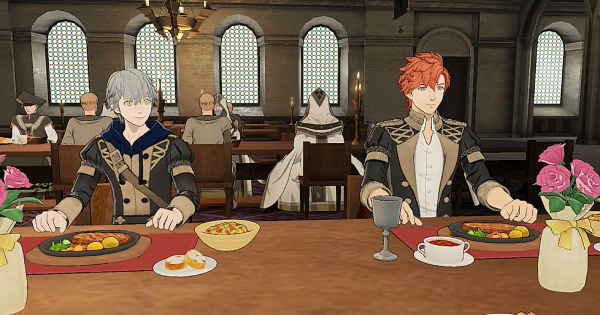 I'm thinking of true bonding experiences which would increase a players motivation but at the same time will bring it's own risks (injury, media spotlight, attitude, etc). Realistically how often do clubs go on warm weather training, have Christmas parties, do charity events or even daft stuff like going paint balling or golfing. If results are going well allow your staff to enjoy the Christmas spirit (which could lead to a New Years slump) or if you're fighting relegation tell your players to cancel the celebrations and get on the training pitch. Why not reward your star striker with a day off after a top performance or be able to select who goes to charity events (his attitude could impact the club etc), or fly out to Tenerife to enjoy the sun after a gruelling period. Have players or groups approach you asking to do certain events and then it's your call.

Obviously every option would need to have the chance for it to go wrong as we see in real life, obviously footballer DUI's are annoyingly in the news all too often and for obvious reasons negative impacts like that can't be a thing but these bonding exercises could lead to injury or lack of effort in training. Most clubs have the big time Charlie type and this type of system would put us in the position of do we let it slide or do we stamp it out, you could even get reports of players doing these activities without your consent which just adds to the depth.

Having a degree of control over a players motivation would allow us the option of not only seeing how a player trains but it would obviously also impact how the player does on the pitch. Maybe a squad member is frustrated at not playing but because you're lax with what he does off the pitch he stays relativity happy and performs when needed. What if your squad is divided and a few players have decided they don't get on anymore which does happen as is in FMM, we currently have no way to influence or fix these issues outside of selling the impacted players whereas a system like this might allow us to fix the relationship.

In recent instalments of FMM we've seen motivation/moral become more and more important, especially when relating to a strikers finishing ability so when I saw another game use similar systems which allowed influence in this area the creative juices got flowing. However I will say I'm writing this article with a massive amount of hesitation as it's not something I'm completely sure I want, anyone who knows me knows I'm against anything media or team talk related in game, however I do think we need a degree of personality in the game and more involvement in how a player/team develops. Fire Emblem's new system is a massive time sink but the personality of it helps to remove the grind somewhat whereas in FMM it's a grind with the hope FMM rolls in your way and that you have the right players to develop, our interactions are limited with so much of the game depending on hidden mechanics and even luck so wrestling back some control at least could be cool.

One other feature Fire Emblem has which links somewhat to FMM would be abilities which you earn upon levelling up in training, for example if your knight on sword training advances in that subject they'll learn a knew ability they can use in battle. This system really got me thinking about traits in FMM as we know they're stat based, as in certain stats will usually unlock certain traits. While traits might not be the most utilised feature of FMM learning from Fire Emblem could make them much more enjoyable to use, in Three Houses each attribute has abilities and each character can have a certain amount of abilities tied to them which you can switch between, like weapon abilities, stat boosts, or boosts to you allies, for example you might have an inspiring attribute which boosts teams mates in close proximity leadership stat or something. If each stat we train in FMM has traits tied to them, and if we could then allocate a certain amount to each player not only would we actually be influencing how our players play in each position we'd also be adding personality to a squad and more purpose to training and developing players. You'd might not focus on earning 20's in key stats like we do know but instead focus on various stats to earn traits which would be beneficial. In Three Houses you can even approach members who've mastered certain areas to tutor characters for specific boosts somewhat like a mentor feature.

As @Marc Vaughan revealed in the article linked at the top of this page he's also a massive Fire Emblem fan so maybe he's also deep into Three Houses? I wonder if he saw the similarities or took any inspiration from Intelligent System's latest release? IS flipped is SI after all....Lol.

Anyway if you stuck with me on this bizarre yet enjoyable journey I'd love to hear your views, as always thank you for reading.