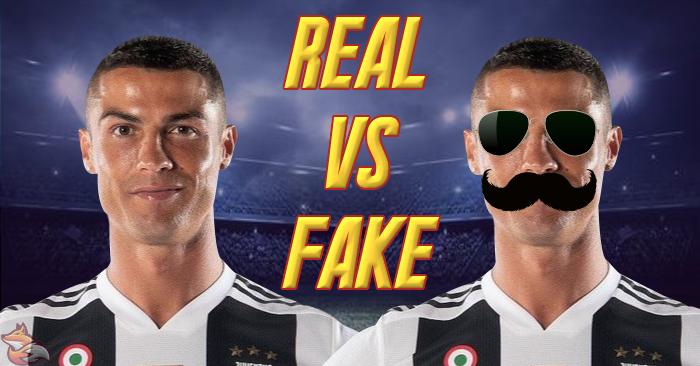 (thanks to @Foxy for the graphic)

This is the first of what I plan to be semi-regular discussion articles where I kick off a discussion for the forum. If you think it’s a turd idea then do say and I will stop, otherwise I hope you enjoy and comment.

Real players, leagues, teams, and the like (let’s call them ‘real resources’ for the purpose of this article) are integral parts of Football Manager, whether it be versions for PC, mobile devices, or video games consoles. Yet how weird did it feel to play this year and see Juventus labelled as Zebra Turin?

This article is about the importance, or lack thereof, of real resources towards a satisfying gameplay experience, where I will write upon a few discussion points and actively encourage all to join in.  If I miss anything please do raise it and let’s get the conversation going.

In this article please assume that I am discussing FMM in particular and the game engine will always remain the same - it is just the resources themselves that real or not. I am not specifically talking about enabling ‘use fake players’ either.

The most obvious benefit to using real resources in the game is your affinity to that resource. Say you are a huge Liverpool fan then the thought of loading the game and demolishing all ahead of you, much like the current team, has a massive appeal. The same applies if you are the fan of a smaller club, where your dream may be to march them up through the leagues and conquer Europe. You also may have a favourite player, or indeed a friend, in the game and want to sign them and maximise their potential. Yet you may also want to do the opposite and ruin a club...if that’s in your nature.

In a way FMM allows you to play a computerised replica of all the times you pretended to be a footballer or a team in the playground, down the field, or in the street with your friends or family.

Not using real resources would dispose of this affinity but perhaps build new ones. One of my favourite joys of the game is finding a player (Zarzana) that I had not heard of and then growing him in to a beast. Funnily enough Woody is having exactly the same experience with the exact same player (Zarzana) this year. Not knowing this player meant I felt like they were a secret that I found - a golden trinket lost amongst a pile of rubbish. Imagine if you found, say, Frank Jefferson in your non-real game and you sign him for a bargain. Then you grow him and he becomes top scorer, playing 1,000+ games for you, and leading you to managerial riches. No one else will ever have that experience and it will be all yours.

Regens, or evogens, could fulfil this role, but, whilst I don’t know about others, I find  myself unconsciously figuring out who they are. An amazing young Swedish striker you find? That’s usually a Zlatan or Isak replica. Whereas a database with randomised player names, attributes, club structures, and the like would generate a fresh experience every time.

One of the supposed benefits of real resources is the ability to build a tactic and then buy players you know can fill the roles. It’s the same as when you select a club: you may have a style of play and pick a club that suits it. I’m guilty of picking Man City in a lot of challenge as they have an abundance of quality players in the roles I want.

Having non-real resources means, however, would make you think about the game more and what attributes suit what role. If you wanted to play a right winger then you would pick a lesser known player with good crossing, dribbling, movement, and pace... whereas if you knew the players you may be tempted to go for a more familiar name who would not be suited to a role. I’ve lost count, for example, of the amount of people who shoe-horn Anthony Martial in as a right winger and then wonder why he is not assisting enough for their main striker.

This all ties in to my next topic...

You know a player; you can find them. Want a top class left winger? Douglas Costa is your man. Want a decent younger left-wing prospect? Dilrosun, Lainez, and Lemar come to mind. On the right? Let’s all bellow it together: PAVON! Most of us know the traditional beats that play the best music, but finding the instruments that make the freshest of tunes is what really gets the mind dancing.

If you were playing the game ‘properly’ then searching by name wouldn’t be possible. Hands up if you often just type a name in the search box and don’t even bother with attributes? Yep, most of us can be guilty of this crime; our sentence at Vibe’s prison yet to be decided. But searching by name... it’s just too easy.

Tangential to this, the wonderkids list is a wonderful resource, especially for new forummers who want to make their first steps in to completing challenges which is to be applauded and encouraged, but it also breeds laziness amongst more seasoned members. What’s more interesting: a 1kc with Fabio Silva or Geoff Smith from FC Dudley? More importantly, what would feel more of an achievement to you: success with someone everyone else has had success with or success with someone unheard of? Non-real resources would fulfil the latter. I liken it to music. It feels so exciting to find a new band and hear all their ‘choons’, but when they go mainstream and over-saturate all streams of media the novelty soon dissipates and you doff your thinking-cap and begin your search for your next fresh music fix.

One of my favourite 1kcs of recent times is Foxy’s with Mitrovic. Mitrovic wouldn’t land on any recommended players list but Foxy scouted him and decided his attributes would be interesting for fulfilling Vibe’s most famous challenge. I loved this! Not only did he get his 1kc but he also joined the 100 Club. I can only imagine how satisfying that must be. I’ve not seen a Mitrovic career since.

Having non-real resources would enforce proper scouting and proper strategy. Proper strategy would inspire people to think about the game more and, perhaps, grasp more enjoyment from the jaws of the boredom of FMM’s ‘rinse repeat’ familiarity.

The influence on Vibe

Vibe’s challenges are split wonderfully by the main admin team, but for the purposes of this articles let’s split them in to two: specific players and number targets. Liverpool Front Three is an example of the prior, whereas the 1kc is the latter. Any switch to non-real resources would render a good proportion of our fantastic player-specific challenges null and void.

HOWEVER, the offset of this is that a lot of the number target challenges would, perhaps, become a lot more appealing. We have no idea how the player(s) or club will develop, whereas real resources would be a lot more predictable. They were be fantastic and unpredictable.

So there are my offerings. I’ve thrown a few pros and cons in. What does everybody else think?