Career My first adventure into non-league 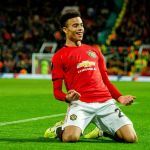