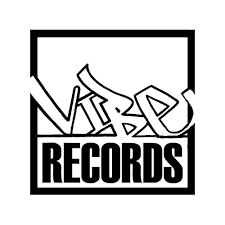 Welcome one and all.

It's a new season and a chance for you all to show off your new records in the new store.

With Arcadia crashing the other day i took the opportunity to snap up one of their leases for next to nowt, giving us a new bigger store to house(hopefully) some fantastic records.

Unfortunately we have some sad news. @Ian was unable to continue his fantastic work in helping keep the store upto date and running tip top.

He was unable to get his head around the unspeakable amount of injuries piling up at Liverpool and needed some time alone to compose himself and help prevent Jurgen Klopp from a mental break down.

I wish my esteemed colleague all the best in his future endevours.

Luckily for me i found a couple of bin dippers in the back ally of the new store. I took pitty on them and decided that as we are in such difficult times helping my fellow man was important.

I got Bag of Chips Mary to bath them and to find some suitable attire and set them to work. Please show them the same curtousy you have shown me and my previous staff and welcome @RichD and @Jsavfc to the family.

As usual the store is in to 2 sections. The 1st floor will be for you EME players and the top floor for those strange folk that like a tipple with the OME.

So please let my new talented staff know where you want your new records to be proudly placed but please always provide evidence otherwise you'll be turned away.

All records must be your own. No records can be submitted if the editor has been used. We dont allow bootlegs in here kids.

Thank you for attending the grand opening and we look forward to seeing your records soon.

Most key passes in a game: 17 - Gonzalo Villar @Albionic

Most assists in a game: 7 - TAA @vaxikpl

Most Hat-tricks in a single game: 3 @Joewins

Most assists in a season: 68 - Bruno Fernandes @Ian

Most passes completed in a game(player): 180 - Llorente @Rich

Most interceptions in a game: 29 - Onguene @Scratch

Most mistakes in a game: 10 - Alvaro Tejero @Inferno

Most shots on target in a game(Player): 11-Kaio Jorge @JamesVilla

Most scorers in a game: 8 - @George Traistă

Most braces in a game: 5 @Rich

Most players in team of the year: 8 @George Traistă

Most crosses attempted in a game(team): 79 @Chris

Most clean sheets in a 38 games season: 36 - @George Traistă

Most player with 4 or more goals in a game: 2 @Titjes

Fewest penalties to win a shoot out: 1 @billy2shots

Most converted penalties in a game: 4 @broodje kip

Most players to score a penalty in a game: 3 @broodje kip

Most missed penalties in a game(player): 3-Tom Bloxham @Scratch

Most dribbles in a game: 7 - Turner @hhooo

Most players with a hat-trick of assists in a game: 2 @broodje kip

Most games without defeat: 350 @Scratch

Most World Manager of the Year awards in a row: 8 - @Rich

Most Hat-trick of assists in a Game: 2 @Chelseaplchamps2022

Most braces in a game: 4 @Scratch

Most goals Disallowed in a game: 3 - Fabian Luzzi @RichD

Most headers attempted in a game: 37 -Carillo @Scratch

Most headers completed in a game: 31 - Carillo @Scratch

Welcome one and all. It's a new season and a chance for you all to show off your new records in the new store. With Arcadia crashing the other day i took the opportunity to snap up one of th

The store has been update. Please accept mine and my staffs apologies on the delay. 👍