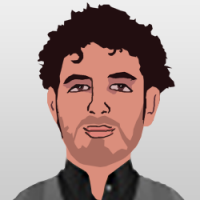 All fixed. Thanks for the reports guys, sorry I took so long to sort it out!

He has a fixed PA of 178 if I'm not wrong, which shows as 4.5 stars in IGE, however this wasn't equal to the stars on the list here, as the stars are personal assessment

I really appreciate this list, but is anybody having an issue with the viewing?  It worked before, and i've tried to view it in multiple browers, but still the same...  Mine looks like this: