What Exactly is a “Mercurial Talent”? 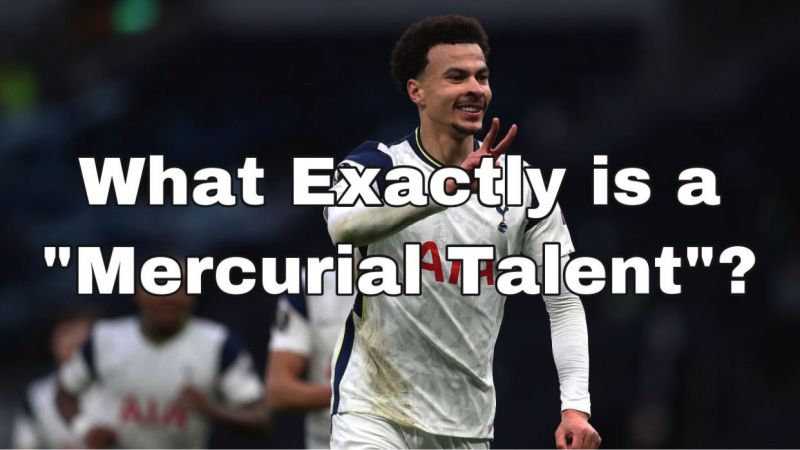 First of all, before we start with our article, I would like to thank our SI Staff, @Marc Vaughan who had contributed a lot in making this article and also to @George Traistă and @Rich for encouraging me to do it.

A “Mercurial Talent” is something that had been around FMM for a few years now but nobody seems to be knowing what exactly it is. I’ve compiled a few information about it and will sort the confusion that everyone have.

Before talking about what a “Mercurial Talent is, we need to take a look at what is the meaning of the word “mercurial”. According to Oxford Advanced Learner's Dictionary, mercurial has two meanings (3 if you would like to count “containing mercury” too) which are:

Got it right? Now let’s head to the next one.

What is a “Mercurial Talent”?

According to Marc Vaughan, this is what a Mercurial Talent:

This is someone which high creativity and flair, but he might gust in and out of games a little ... think someone like Dele Alli, on his day he can be the difference in any match ... but some games you wonder if he's actually on the pitch.

As you can they are the mixture of both meanings of mercurial. This type of players possess a very good creativity and agility but you can’t predict his mood. There are times where he’s going to score 4/5 goals but there are even times where he can barely even passes the ball correctly.

You may have a lot of questions still right? Don’t worry I’d sort it all out now.

How does mercurial talent any different from an inconsistent player and an enigmatic player? Here’s the answer from Marc Vaughan:

“What do we say about an enigmatic player? Is it someone like Balotelli who do something that we never will understand the reason like lighting up fireworks inside his toilet?"

Yes that is that type of player in a nutshell - undoubted talent, but can be prone to self destruction unless managed delicately ..

"How does Mercurial Talent any different from Inconsistent Player since both have about the same meaning?"

The meanings are slightly different - Mercurial implies talent and creativity ... 'inconsistent' is just what it says on the lid and can be any player .. you wouldn't have a mercurial defender for instance and you can have an inconsistent player with limited ability.

From his explanation, you can see all 3 of them have different meanings despite being relatively similar.

An enigmatic player is more of a professionalism and work rate issue and you can easily fix it with motivational coaching, fining/criticising his bad performance and praising his good games.

While mercurial talent needs a fair deal of creativity and agility, an inconsistent player can be anyone. They are often defenders and strikers because they don’t really have the creativity like midfielders have although someone like Matthijs de Ligt and Sergio Ramos could be an exception for creative defenders.

3 confusion are now cleared. Another may have popped up in your mind right now.

Why Is It Considered As A Positive Aspect in The Coach Report?

Marc Vaughan had a somewhat reasonable explanation to this:

“If a Mercurial Talent turns up in a certain match and get lost in another, why does it considered as a positive attribute in the coach report?”

This is because they are good players and 'on their day' can be incredibly influential ... think Balotelli ... he's unplayable when he's on his game ...

Mario Balotelli and Dele Alli may be a bad example of mercurial talent but I’d give a better one to make it clearer.

Ronaldinho and Jadon Sancho are two of the notable players to have had the mercurial talent in FMM. Why?

You may think, how can a prospect who has 70 goals and 71 assists in his career and a Ballon D’or winner could be considered as someone who are inconsistent (sort of) right? But.... remember correctly. How did Sancho start the season? He struggled to create anything for the first few months and it’s the same as last season when we restarted football after the lockdown. Now onto Ronaldinho, remember his final season at FC Barcelona? Or his career at AC Milan? It was full of inconsistencies although there are still brilliance to his gameplay.

How to Manage a Mercurial Talent

Based on my experience, there are 3 ways that I found very effective to manage them.

What’s better than a one man team? A two man team for sure. Your mercurial man may be worthy of winning the World Best Player but you wouldn’t want to lean solely on him to bring your team to glory so get another lad to back him up. Like Sancho in Borussia Dortmund, he got Erling Haaland to cover him whenever he needs it.

I suggest getting a good striker when using a mercurial talent in your team since they’d still bang some good amount of goals for you.

The key of getting the best out of these type of players are to keep their morale at the best. If he gets a bad game, criticise him and if he gets a good game, praise him. Treat him like your son and he’d do his best for you no matter what.

That’s the end of our lesson. I hope it helps everyone. If you have any question just drop it down below. Good Bye!