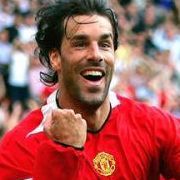 By Van The Man,
October 12 in Football Manager 2021 Mobile