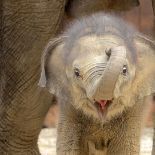 Disclaimer: This tactic has set several records that have been posted in the Vibe Store. This is not plug and play, you may need to make small adjustments to player roles to make it work for your team

Here you go, I also tested it out quickly

Unnecessary - i have proof how defensively solid this is in my Polish save too.