The Key To Working Out Where Your Tactic Is Falling Down

Not long ago, I came across this thread which included some excellent tactical analysis from @DanEnglish (I highly encourage you to go read it):

That inspired me to take a closer look at what was happening with my own tactics. They were mostly working pretty well, but weren't so good against certain formations etc.

Back in the day, I used to spend a fair bit of time with Extended Highlights turned on and that allowed me to pick up certain problems (like my striker taking the corners!). These days I mostly cruise along with just Goal replays turned on, but although that makes for a nice quick(er) save, it only shows you when things work out, not when they break down.

So I rolled up my sleeves and turned Extended Highlights on again...

Spoiler alert, this the point of the whole article:

The key to working out where your tactic is falling down is to turn on Extended Highlights and look for problems.

Nothing too ground breaking there, right? But it's worth a reminder to do this.

Here are some of the things I found when I looked at my tactics. First, this is what I'm using right now: Note: I'm just using my tactics as an example. The point here is that you need to look at extended highlights for your tactics and see what is going wrong there.

First insight: My tactic wasn't going that good against the 4-4-2 and I quickly found a problem with it. As soon as we start coming forward, the two RPs hook up with the AM and they hold hands while they run around... 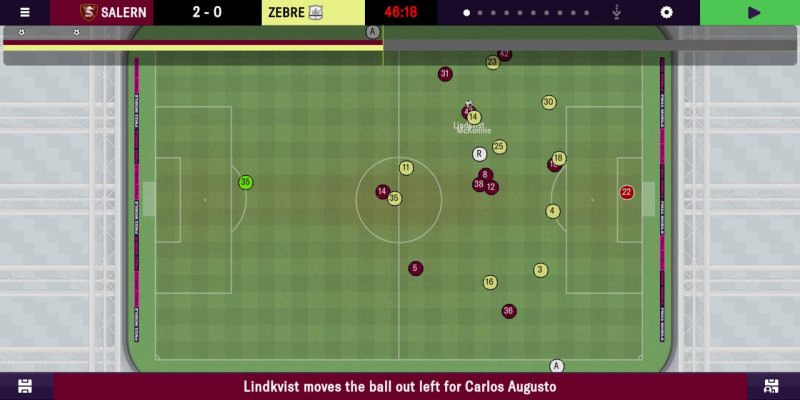 They don't seem to do this against all formations, but they do against the 4-4-2. I changed them both to CMs and they sit a little wider. They still get a little closer than I'd like at times, but at least they aren't holding hands anymore.

I still use them as RPs against other formations - so another takeaway is if you want the best results you can get, then you need to tailor your tactics to the formation you are facing. Yes, the death of plug and play tactics is real. Once your team is strong enough you can probably still win despite things like this, but you'll do better if you put the time in.

That Defensive Midfielder Really Slowing Down My Single Striker

Next I noticed this against formations with 4 at the back and a single DM sitting in front of them - basically their DM was hanging back and marking my striker, who was already contending with 2 CDs: 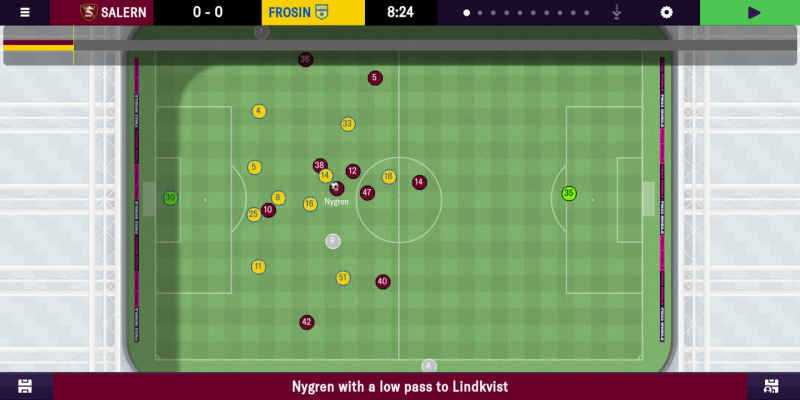 So I pushed my AM forward and played him as a PF. That meant one of the CDs went with the PF and the DM had to split focus between our two forwards, giving my main striker much more room (and he got more shots despite there being another forward who could have 'stolen' them from him): 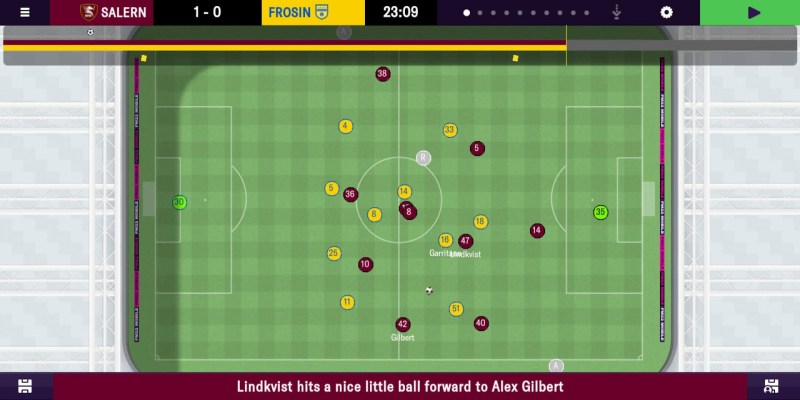 It's Even Worse Against 3 At The Back

If my striker was bogged down by the "DM in front of a back four" formation, he was even more bogged down against a back three (it was basically 4 against 1): 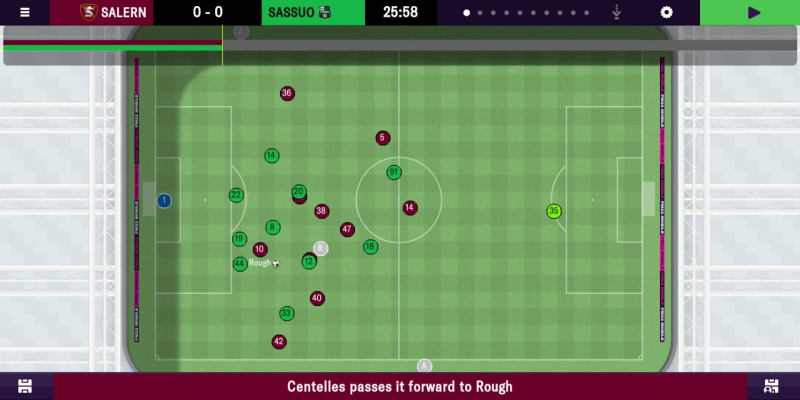 Once again, moving the AM to a PF helped enormously, taking at least one of the CDs out of play and splitting the defensive midfielder's focus (though not in this particular screenshot - oh and please note they've switched ends): 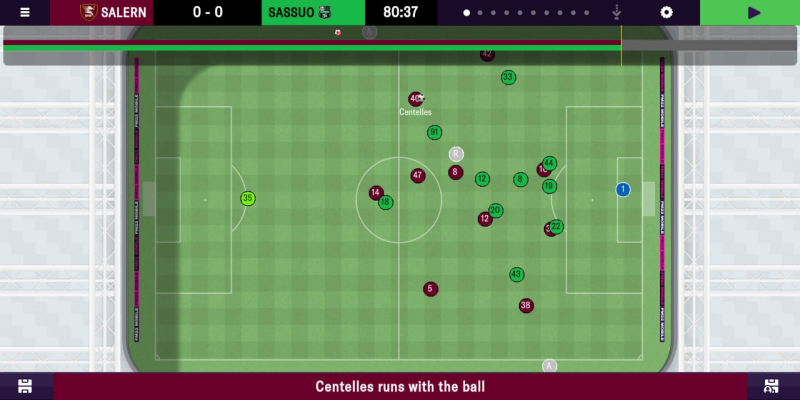 You Need To See What's Happening For Your Tactic

As mentioned above, these are just some examples I found when looking at my tactic. They may not be the same problems you're facing, as it depends on your instructions and your players, the opposition's tactics, players and roles, etc.

Likewise, the solutions that worked for me, may not work for you. Perhaps they might free up your striker, but at the cost of his supply dwindling because there are no longer enough players in midfield. You have to see what issues you can find, try some things and see what works for your situation.

But key is to turn on Extended Highlights and look for problems in the first place.