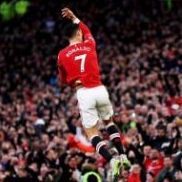 By KaineZino,
May 28 in Football Manager 2022 Mobile