Ever wanted an excuse to get rid of all your players to make room for South American wonderkids find your dynamics in your team report, and it is all D or F? This guide will solve just that! Or at least make it less bad as you attempt to solve it long term.

Results You Can Expect: Short Term and Long Term

Short term means without a transfer window, or if a squad is so poor that risking the dynamics for good players is worth it

Longer term with a few seasons to move on disruptive players, your results can look like this 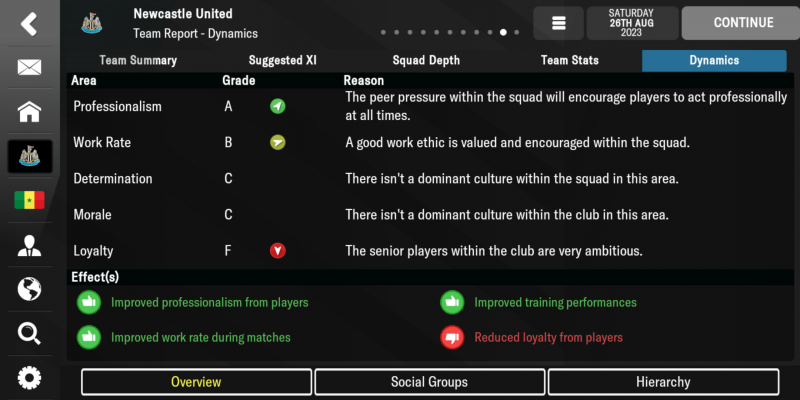 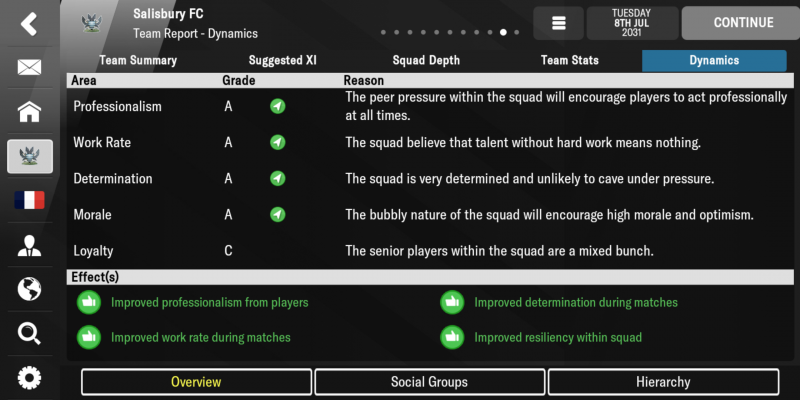 How Squad Influence Is Determined

Before we get to the 4 steps, it is very important to understand how the squad influence in the relationship tab works. 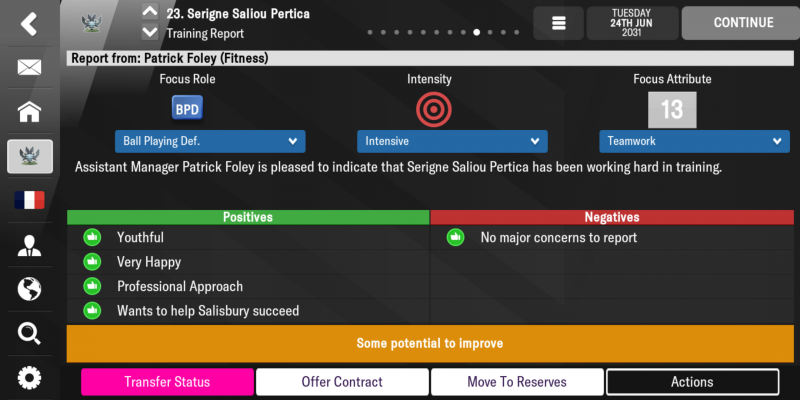 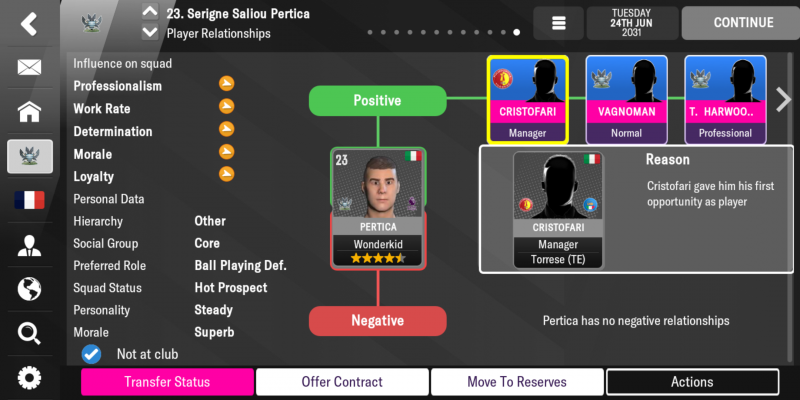 Squad influence is a combination of hidden attributes and the hierarchy status of the player. So Pertica while professional, is not influential enough to change any dynamic.

Players with extreme hidden attributes (e.g. very professional or very unprofessional) can still influence squads with "Other" hierarchy. And you should take particular note these players.

Now we get to the 4 steps

Never appoint a player with low professionalism or work rate as captain or vice captain.

No matter how high the leadership, raising a player like that to influential or team leader will destroy the squad dynamic. The above Monmouth example was due to a poor captain appointment.

The right appointment for captain can be more of an art (since players can disapprove for many reasons), but vice captain is a free power-up slot. 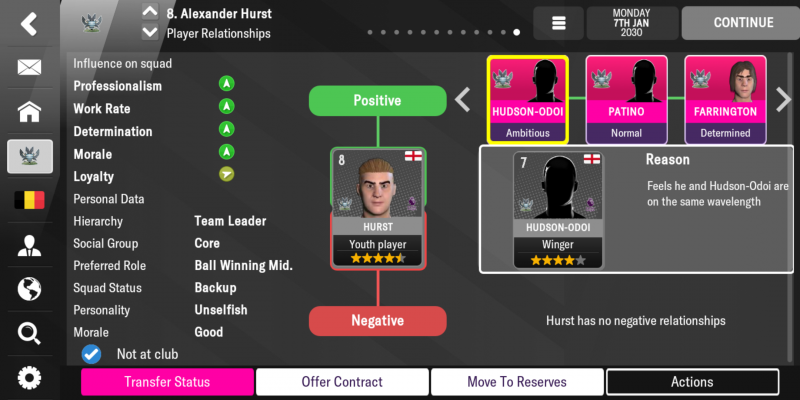 Hurst has been my vice captain since 17-18 years old. The clue was that he always had a small positive influence with Other hierarchy, so I elevated him to vice captain kicking his influence into overdrive.

It might seem odd to offer players new contacts for being unprofessional or not hard working, but if they are marked as first team or GOD FORBID key player you will need to.

Players with a low squad status are easier to manage 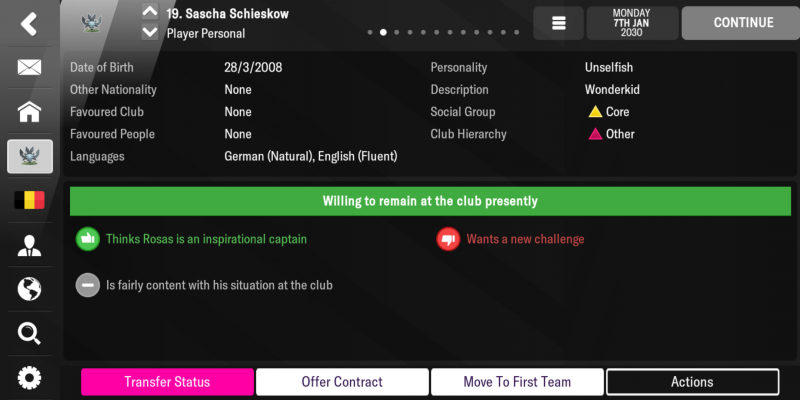 Schieskow isn't naturally unprofessional. But when wanting a new challenge, as a team leader he pulled professionalism, morale and loyalty to F.

I banished him to the reserves for 2 games, and his hierarchy fell to Other and stayed that way for 6 months because his squad status is only Rotation.

Not much to expand on here. You can criticise or fine players for match ratings of 5 or below. I check training once in a while for a criticise too. Just make sure not to criticise in quick succession, because players will feel like you are picking on them.

This can sometimes raise Professionalism, Work Rate, Determination or Pressure Handling. Some player are almost always receptive, some are never.

4. Move disruptive players on from the club

That's right, this is a football club not a childcare. I do eventually move on even the talented players.

Of course there are always exceptions. Once your club has built up a core of players with good personalities, you can start to hold crazy good players with not so perfect hidden attributes 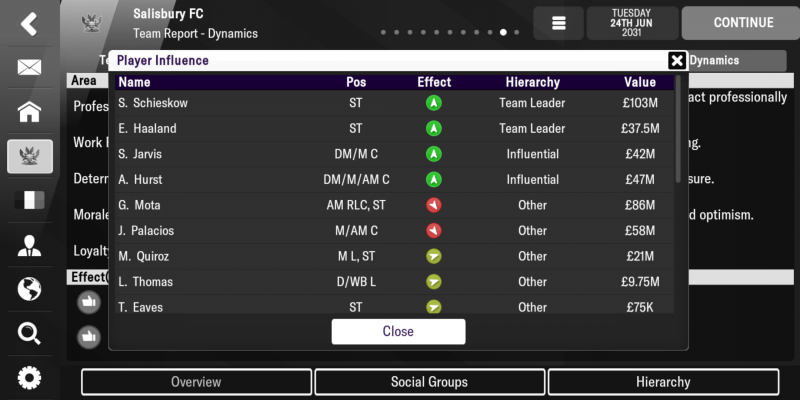 You will also have more capacity to bring in younger players who are more of a project. Who knows? They might even stop being unprofessional and low work rate, through mentoring or passively.