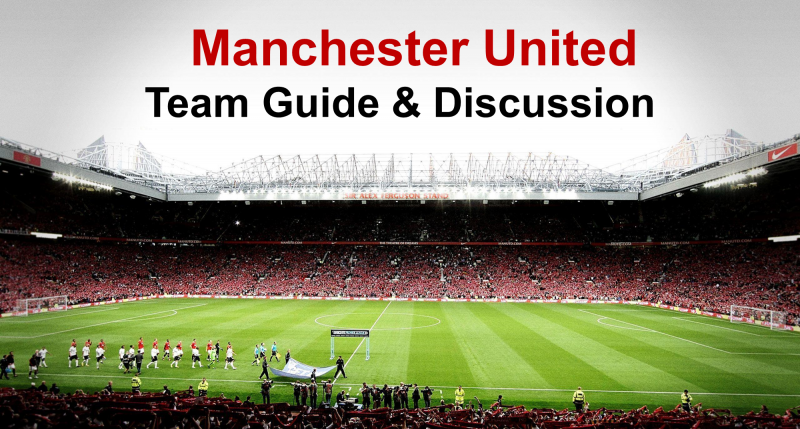 Intro
Are you thinking of starting a new save as Man. United ?!

Feel free to also use this to DISCUSS – sharing your Man. United saves + progress in this thread.

Game Style
There are many ways you can play FMM. For example - you could play ‘all wonderkids’, or ‘English/British only’, or ‘no transfers in/out’, or sell the players you don’t like in real life.

This guide explains a lot, but it depends on your game style – how you use this is up to you!

Contents:
This guide is split into different parts / posts:

#01. Board Expectations
Interesting news - you are expected to qualify for European Champions League (ECL) in season 1. That means either finishing in the league's top 4, or winning the Europa league. Attainable, but not easy.

You still have a HUGE £103m transfer budget (even after the club’s summer purchases) - and a total ~£4.7m/week wage budget (~£200k/week wages remaining) at the start of the game. That is massive.

I definitely recommend accepting these 'qualify for the ECL' expectations. Why ... ?

Interestingly, if you accept increased season expectations (to win the English Premier League):

#02. Facilities
As one of football’s biggest clubs, unsurprisingly Man. United have very good facilities, but they are NOT the best in the world + can be improved.

While your youth facilities are ranked at 4.5 stars (out of 5) ✅ - unfortunately your training facilities have decreased from last year - now only ranked at 4 stars 🔻

Also Man. United have the largest stadium capacity in England with almost 75,000 seats ✅ - but with no affiliate clubs 🔻 which you'll want to improve on.

So what can be improved on your 1st day … ?
(I created 5 new saves, to test how consistent the Board's responses were)


#03. Staff
Great news - ALL your staff members are ‘gold’ with ‘natural’ aptitude. However with a new aspect added to the game, there may be areas you can improve on …

You have the max. amount of staff possible ...

Interestingly, you have TWO Assistant Mangers - just like in real life at the time of the game's release.

You'll notice there is a new 'ability' rating for each staff member. Some of the other Assistant Managers are 4.5 stars (at Man. City, Liverpool, Dortmund), which is a full star better than Man. United's two 3.5 star Assistants. This may affect your coach report's star ratings on each players ability and potential?!

#04. Squad Dynamics
This season is a big improvement compared with the Man. United squad last year. However there are still two areas to be improved ...

The good news is that THREE areas have an 'A' grade - which positively influences your squad...

However the squad's work rate is only a 'C' grade (though improved from last year).

Even worse is the squad's loyalty - an 'F' grade (the worst rating).

One other worry is that 3 squad players are 'outside' of the club's social groups:

#05. Squad Leadership
Who do you want as Captain + Vice-Captain? You will need to make an early decision (before the season starts!) - especially as Maguire is currently club captain.

You'll need to make 5 picks (in-case your first 2 choices are unavailable for a match) - so who do you have?

Step 1: these are your EIGHT most influential players - SEVEN are team leaders, plus new signing Casemiro is just influential.

Step 3: These are the players who are most popular in the dresssing room - look at who is top ... !

So (obviously) Fernandes should be Captain.

Why? He's already Vice-Captain, he think's he would be a better Captain than Maguire, and he's a great influence on the squad. 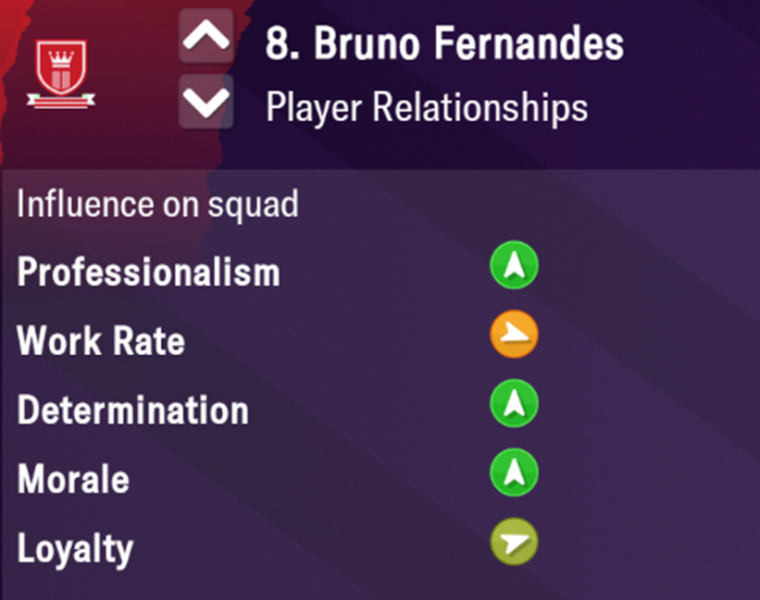 So now you have to pick your other Vice-Captains (and backup Captains) ...

Who will YOU pick?!


#06. Tactical Style
What do these ex-Managers have in common – Moyes, van Gaal, Mourinho, Solskjaer, Rangnick and ten Hag … ?

Unfortunately, from a tactical perspective ‘not much’. You will need to pick what tactical style the team will play. Your Assistant recommends these styles - but you’ll need to pick which you prefer. Here are some of your options:

However these may not be the best for your squad ...

... we will investigate other options in part 3 of this guide!


#07. The Season Ahead
Your 1st season as Manager will be different to all those before - with huge fixture congestion. How can you best manage it?

You will often play two games a week - competing in the league, two domestic cups and the Europa League. Plus the schedule is shortened due to the mid-season World Cup - which many of your players will play in.

Thankfully you can use 5 subs in league matches (note: this is 5 subs at up to 3 occasions / times during the game).

So you'll still need a bigger squad to cope.

Next
Part 2 contains the PLAYERS - feel free to discuss below.