Players to look out for FMM19

Well I've not did an Article so though I'd give it a go,

Most should know the good young players in FMM18, like Leon Bailey, Jan-Fiete Arp, Federico Chiesa, Matthijs de light, Justin Kliuvert, Hirving Lozano, Sergei Milinkovic-Savic, I could go on but I'd like to point out some players who you may not be so familiar with and are on UEFA'S 50 for the future as well as the above stated names, some maybe don't have the stats they should have and I'd expect some sort of upgrade for FMM19 when you see some of the quotes attached to these players and must be recent performances as well that's gaining them praise. 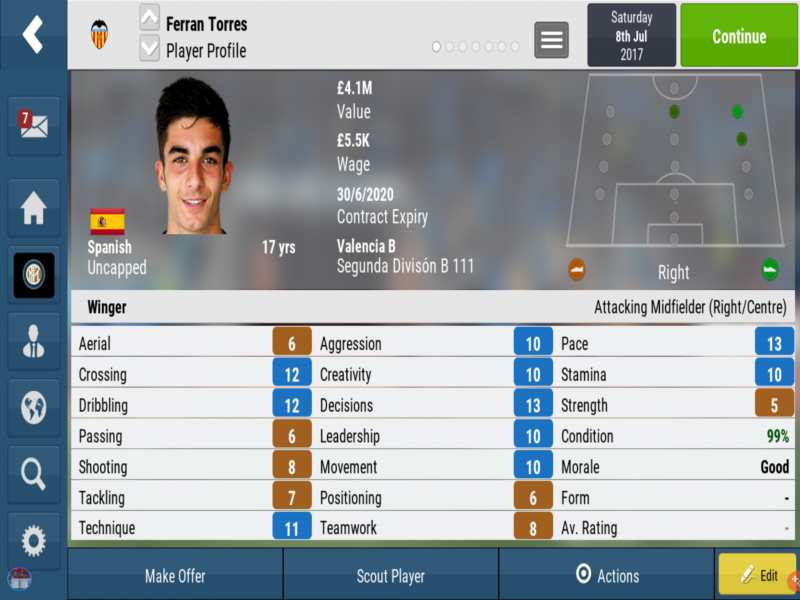 1. Ferran Torres, a winger of considerable promise, Torres became the first player to be born in 2000 to make his la Liga debut in December 2017. 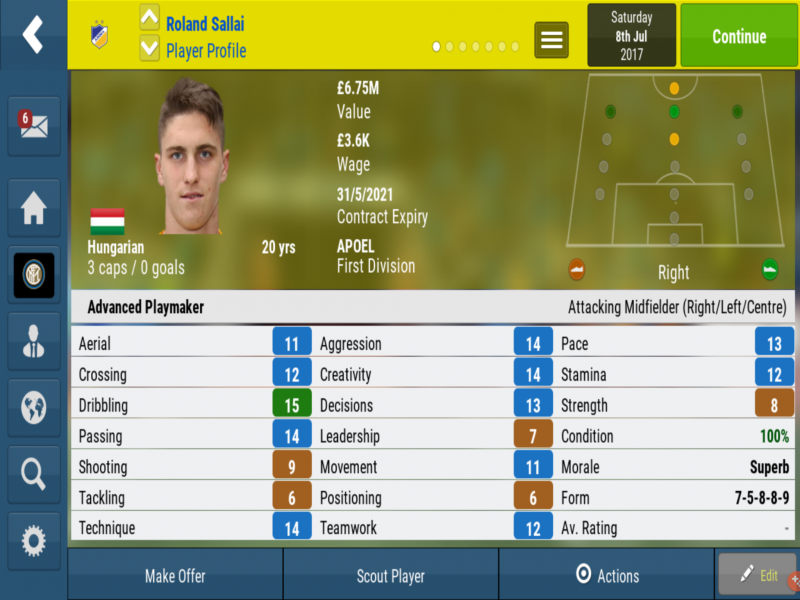 2. Roland Sallai, Having impressed recently in UCL Group stages the Hungarian forward has been linked to big clubs in Europe. 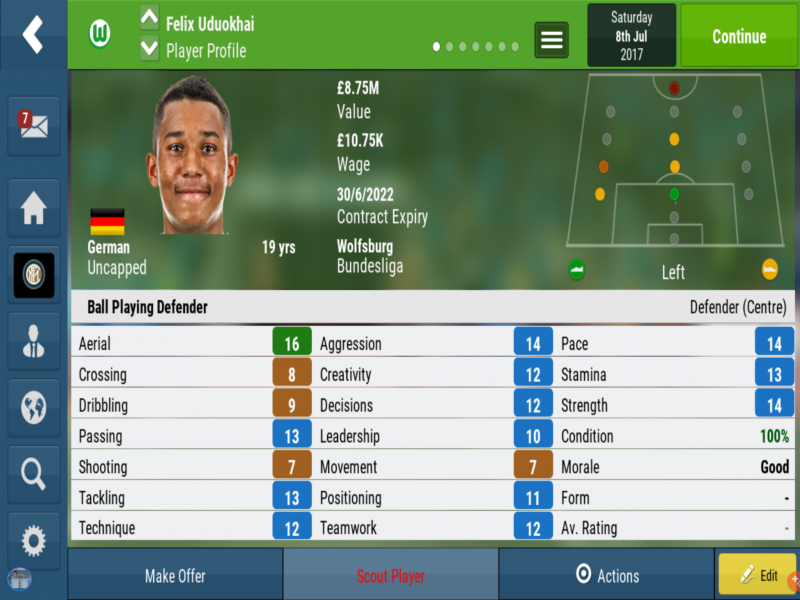 3. Felix Uduokhai, Rescued from ailing 1860 Munich the big center back has been a revolation in the bundesliga 2017/18 season. 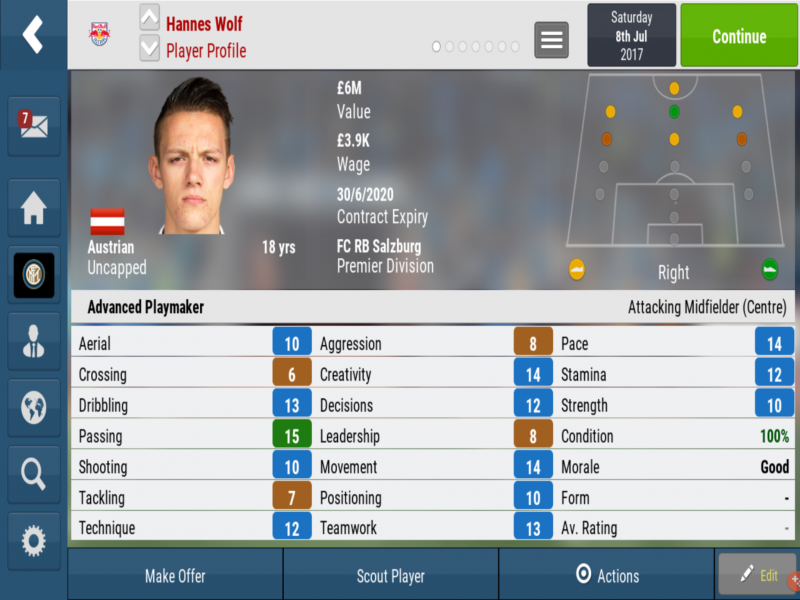 4. Hannes Wolf, things have calmed down since he scored in 4 consecutive games for Salzburg, but the 2017 UEFA league winner remains a classy prospect. 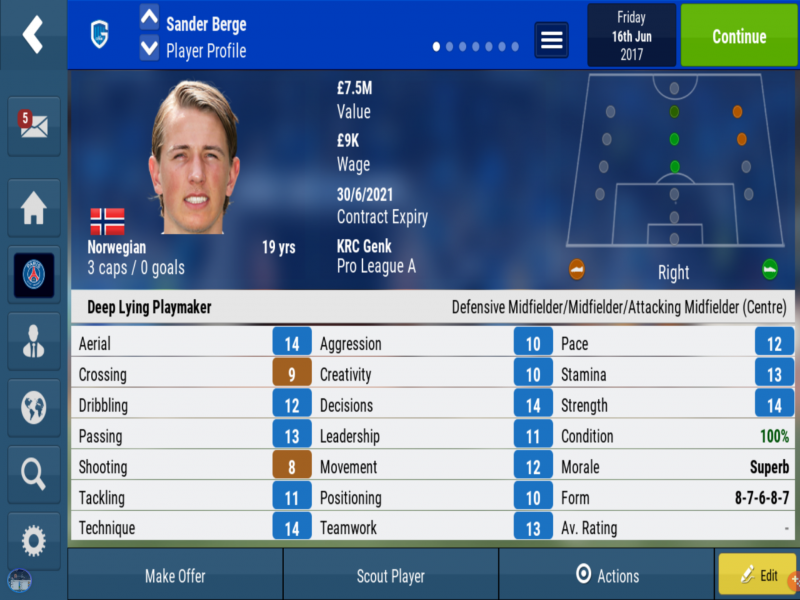 5. Sander Berge,  The 1.90 meter tall midfielder comes from a family of basketball players, but is showing huge potential with the ball at his feet in Belgium. 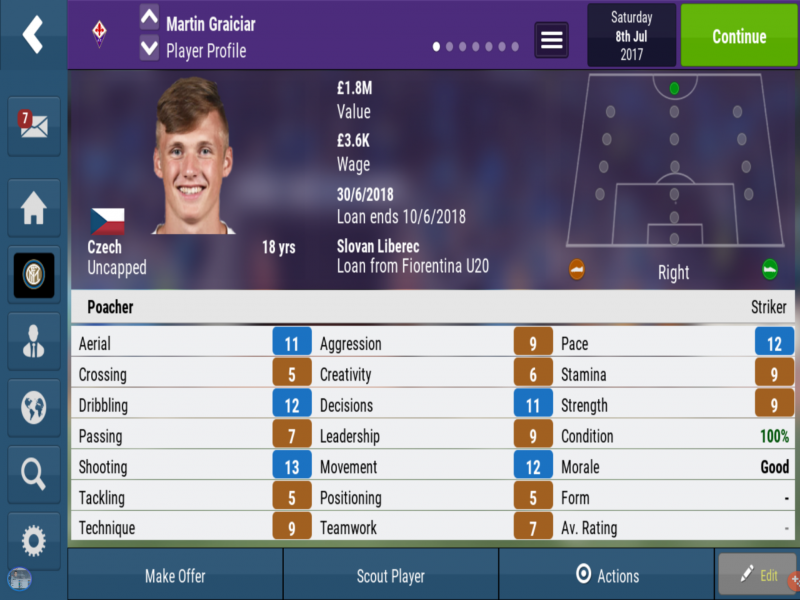 6. Martin Graiciar, the forward was voted top Czech prospect in a winter poll by his countries youth coaches, before a switch to Italy with Fiorentina. 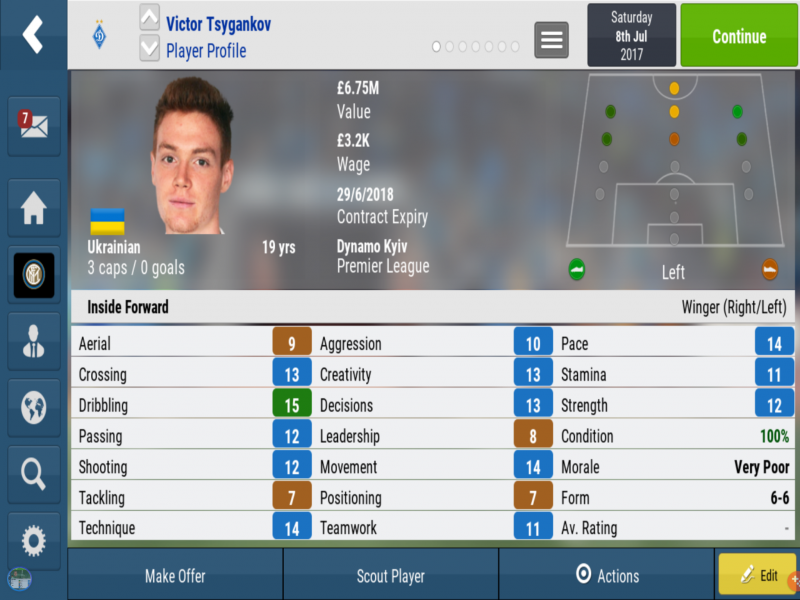 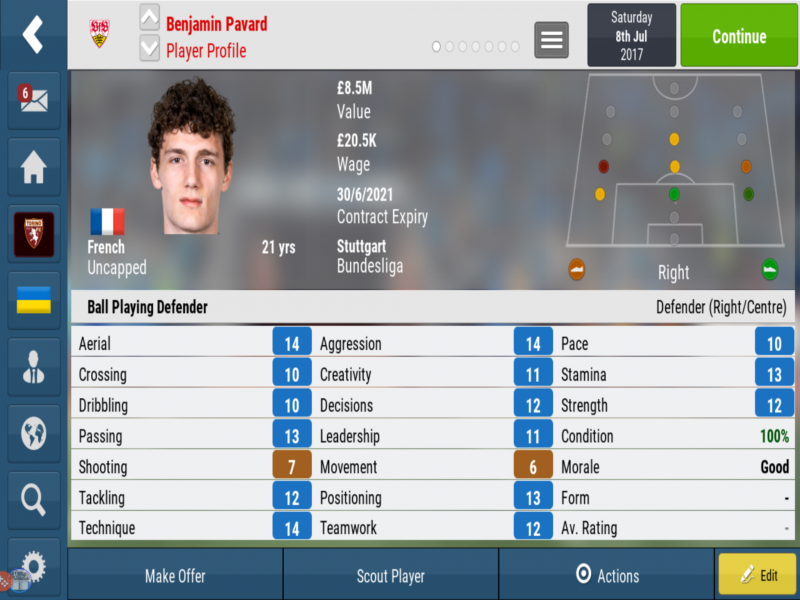 8. Benjamin Pavard, Has prospered since becoming part of the French national team and was totally unknown to most in France, helped them become world champions out of position at right back, center is preferd position, big move on the cards. 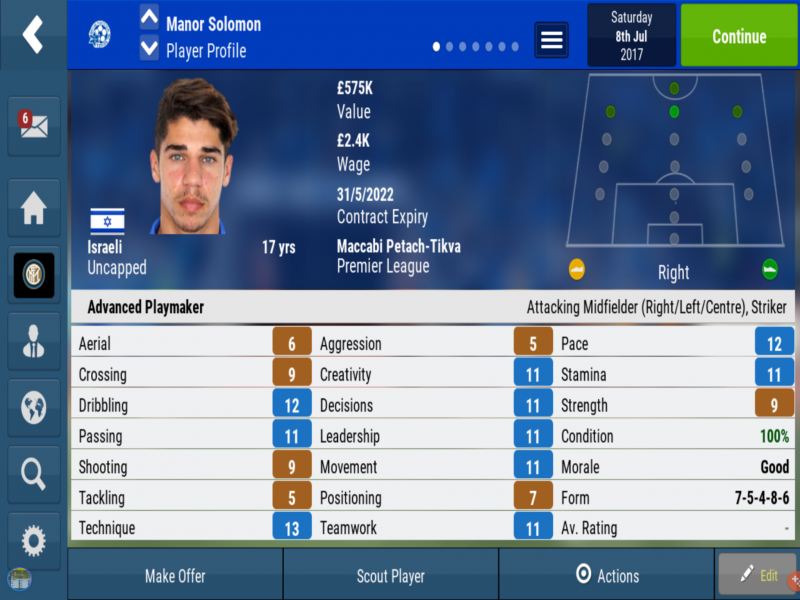 9. Manor Solomon, quiet a few clubs have been tracking him since he made his Israel debut in late 2017, classy winger in the making. 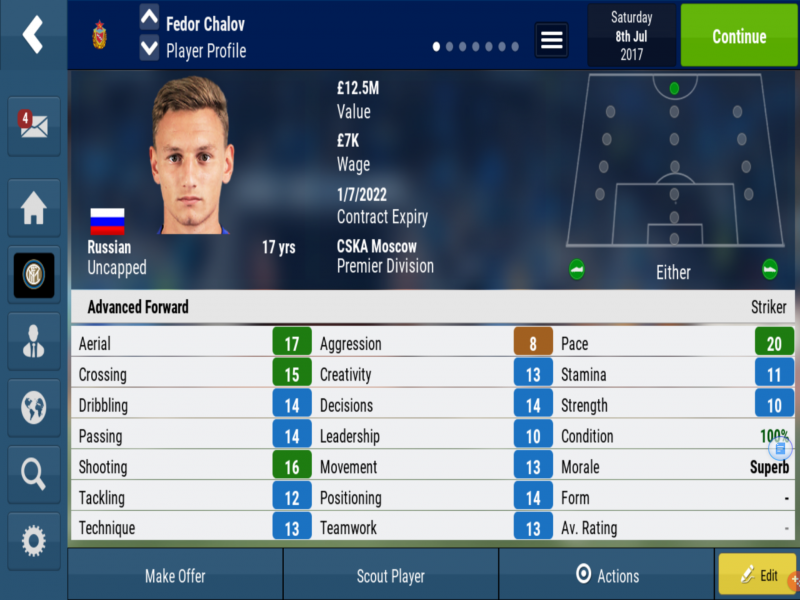 10. Fedor Chalov (Not in current Game)  This striker is very quick perspective and scored 8 goals in the last nine games of the season, one to keep an eye on. 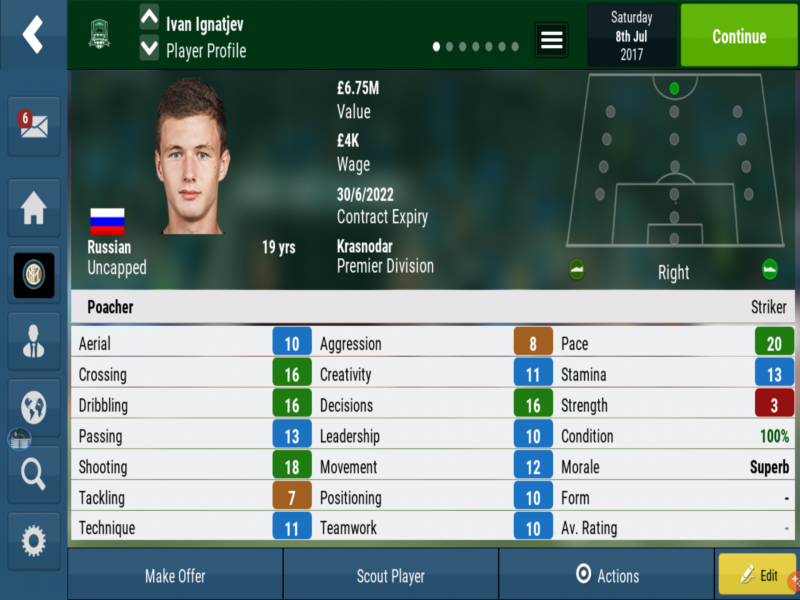 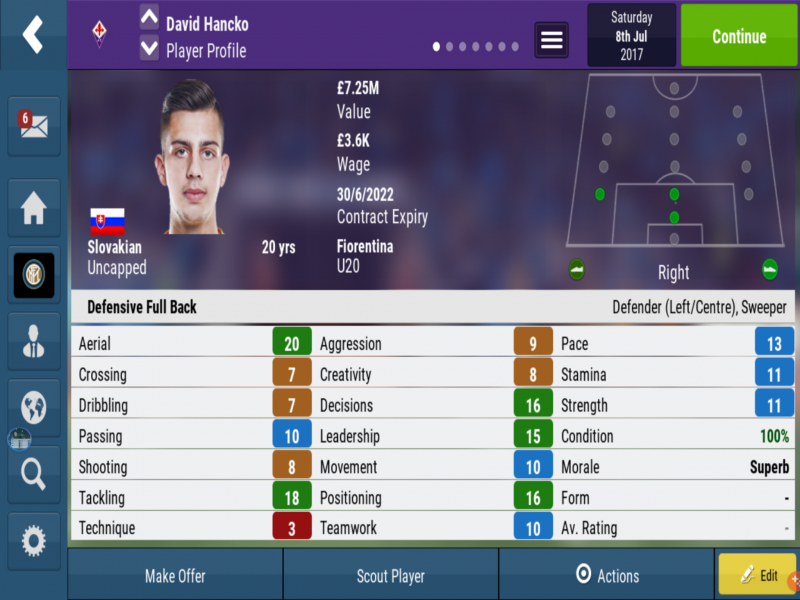 11. David Hancko, (Not in current Game) Regarded as the new Paolo Maldini in Slovakia, the center back is a u21 regular and was bought by Fiorentina then loaned back to zilina, will return to Florence to try and make his mark. 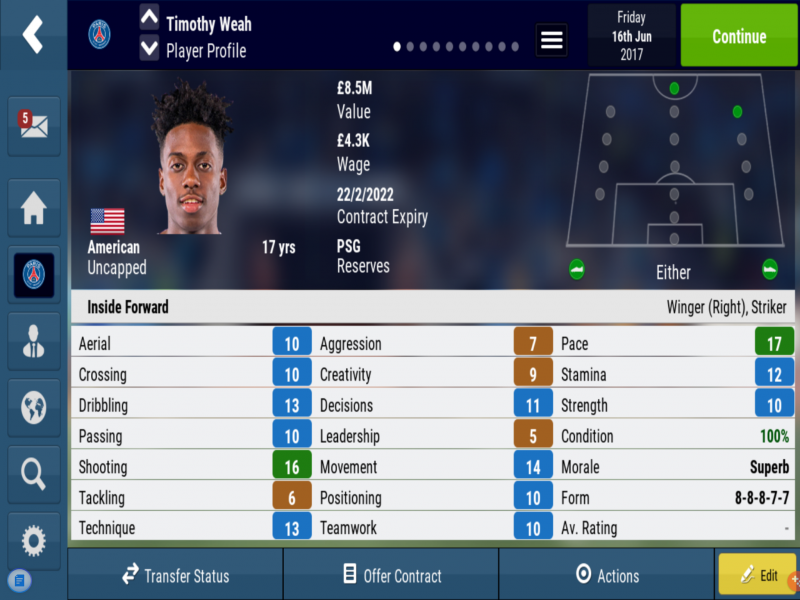 12. Timothy Weah, (Not in current Game) son of legendary  striker and ballon d'or winner George Weah, signed his first pro contract with PSG, one to look out for but I'm sure first team games will be slim, possibly loaned out this season. 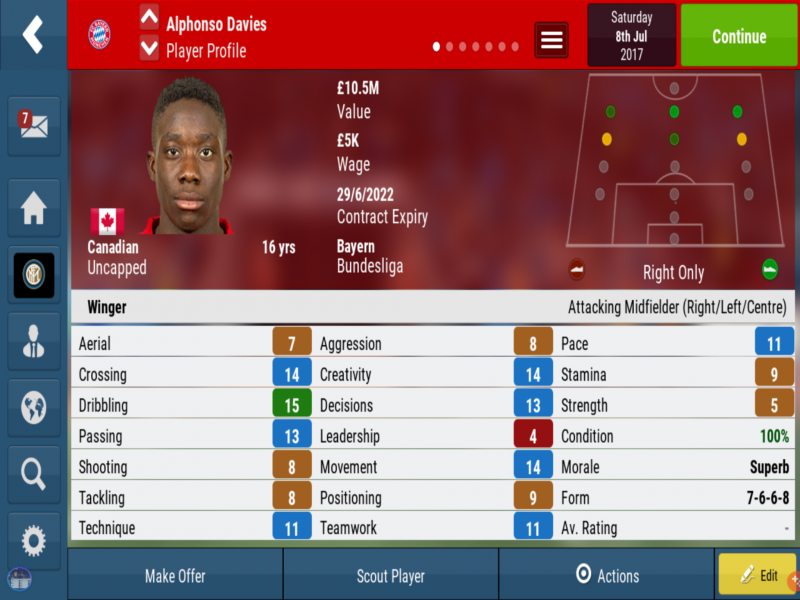 13. Alphonso Davies, (Not in current Game)  Has just signed for Bayer Munich for a record fee for a MLS player of £10 million, first player to be born in 2000 to play in the MLS, looks a very exciting prospect for the future, as descrided as a huge talent.