Way too often when sharing my career, I'm met with "What is your tactic?" or "Can you share your tactic?". I don't have anything special in my formation or instructions and I certainly don't have a "plug and play" tactic. I've simply built my squad well enough that my tactics run smoothly every year without fail, and today's guide is one very crucial piece of that: Signing great players for free A.K.A bosman transfers.

The point of this guide is specifically to teach you the routine of finding and signing players for free. I will use real examples of real players that I have signed for free to illustrate how effective this is, but by no means is this guide meant to be a "Oh I can sign x player exactly y years into my save on FMM22". I assure you learning to find players on a free is a far more powerful tool.

Before we start, this guide only covers hunting for free transfers. I'm aware of other ways of building a squad for cheap, such as buying wonderkids, regen hunting, looking up young capped players, etc. Those are either topics well-covered in FMMVibe or a topic for another time. There are also crazier ways of conducting yourself during the transfer window which is powerful enough to nuke rival teams into oblivion, but I don't and never will cover what I consider exploits.

"The transfer window just opened and there's about 2-3 months for me to conduct business. What do I do?" Well ideally you'd have started about 11-12 months earlier, so let's rewind the clock to 1 July of the previous year.

Yes I'm serious, I begin the squad building process 1 year in advance. This does mean that if you just began the save, you'll be planning ahead for season 2 of the save while juggling the transfers of season 1 that you have not prepared for. Of course you will still be able to find the good players for free without prep, you just won't have a handy dandy scout report attached to the player. Scout reports are pretty useful to have and only take a few button clicks to get one, so it is worth doing the prep.

1 July / Beginning of Save

I usually do dedicate 1 scout to hunting for expiring contracts, frankly I don't really see a reason not to. At the very least I tend to have not enough things for the scout to do, so sending him on a 5 month mission globally isn't an issue.

For instances where work permits could be an issue, you could limit by location or nationality (or the "Does not require work permit" option, which I never use). Honestly I just go with the "flood the work permit office" approach, signing pre-contracts are free. 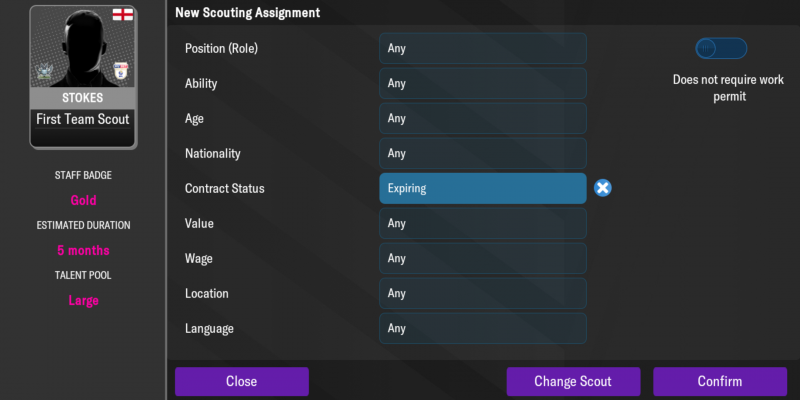 Given it's July and 5 months is about Dec, you should have your reports in time for the first day you can nick the players for free.

This is a very important date. The first few days you can sign pre-contracts with players. This doesn't happen that often in real life, but FMM isn't real life. Go ahead and filter your search for players who have their contracts expiring. 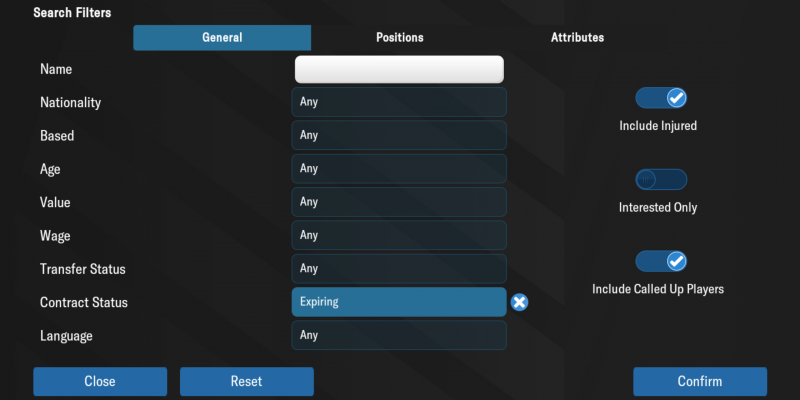 You could turn the "Interested only" on if you are in a much lower division, having 90% of the results turning up that aren't even interested is a waste of time. Although you can overpay in wages to turn a few heads, the difference in caliber of players just slightly out of reach isn't that much and frankly there's no need to overpay in the lower leagues.

Once I'm in the top division or even second, I tend to just look at all the players. "Overpaying" at the lower end of the top division with a 5 year contract isn't even that bad, after all I'll be in continental competitions by the end of 1 or 2 seasons.

I'll give one good example, it's a name we've been hearing a lot about in football news recently 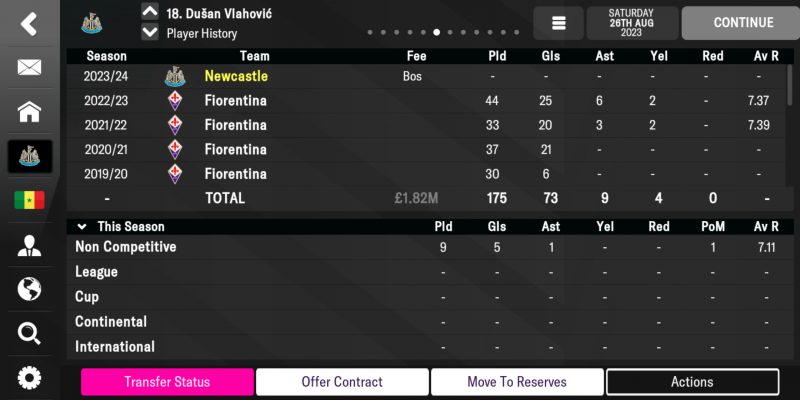 Of course this is a top division level signing, but it works exactly the same in the lower divisions which I will cover next.

Some Extra Filters I Have Found Useful

For instances where work permits and local pre-contracts restrictions are a problem, I have actually found that a combination of finding players of a local nationality that are based overseas could be a good way to filter out players. England especially now requiring work permits for EU nations is one example 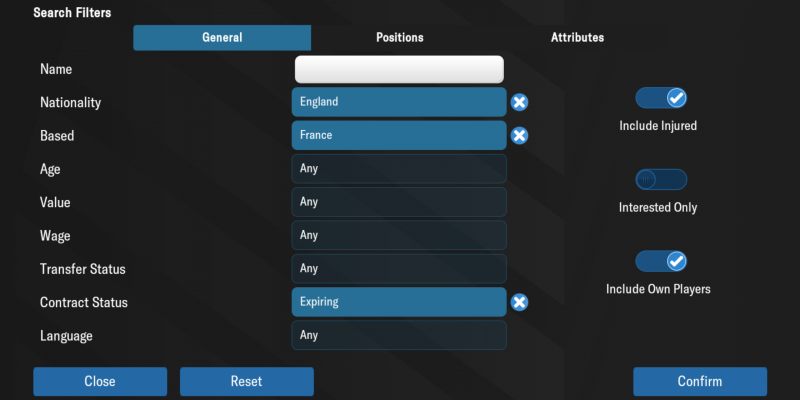 I swear there used to be just an "abroad", but it isn't here anymore. Either ways now I just flick between nations where I've loaded leagues to look for players that don't require a work permit AND we can sign a pre-contract with 6 months in advance. In fact, let's give a concrete example. 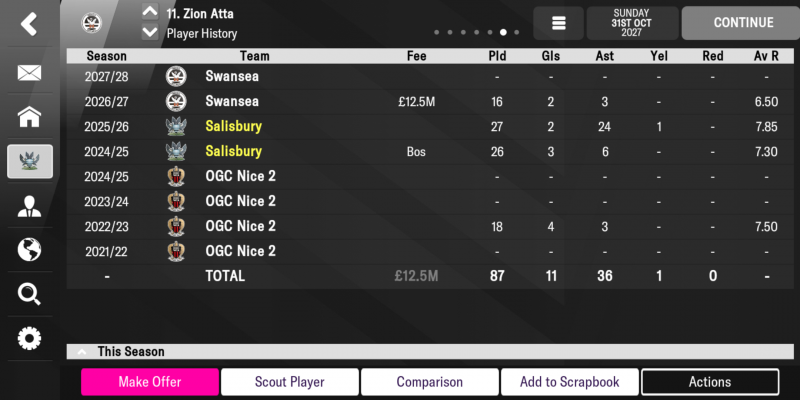 Zion Atta is an English player currently in Nice, and one of the few English players that are abroad. We actually managed to get him to agree to sign while we were in the Vanarama National League, and he's got more than the ability to excel in League One let alone in the non-leagues. Although players like that are rare, there will be some worth signing every couple of editions in FMM.

So we are now 1 month away from contracts expiring, ideally you'd have snapped up those elite players back in 1 Jan. By now, those players have usually either signed a new contract or have agreed to join another club.

Although this is the first date in some leagues you can agree a pre-contract with some players due to restrictions from doing that earlier with local clubs, it's been 5 more months and usually there isn't any more great players to sign. Of course it just takes a few clicks and it never hurts to check with these filters 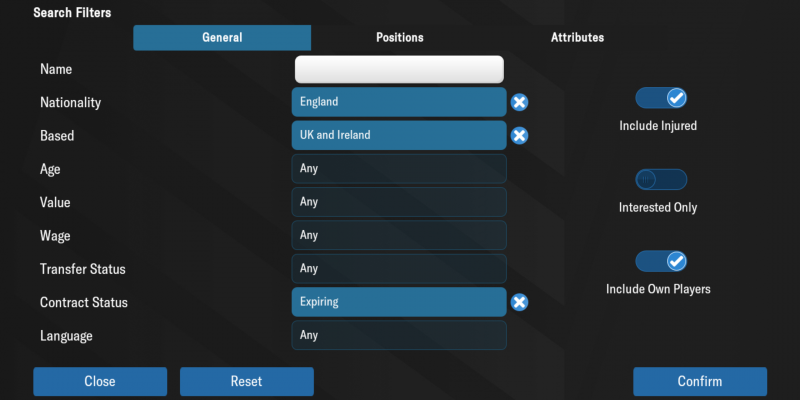 Remember not every time it takes till the end of contract for players to be released, clubs can and will sometimes just release players. I do usually keep my filters on contract status expired to look around the unemployment center 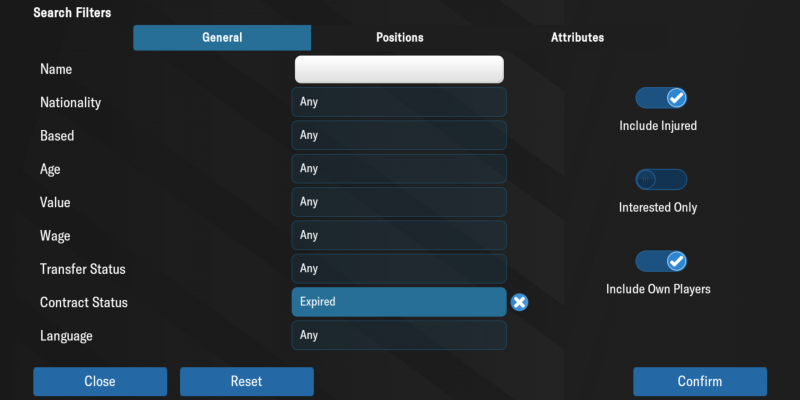 I have also pulled decent players from doing this, so certainly it is pretty nice to check (the history is wonky and broke for some reason) 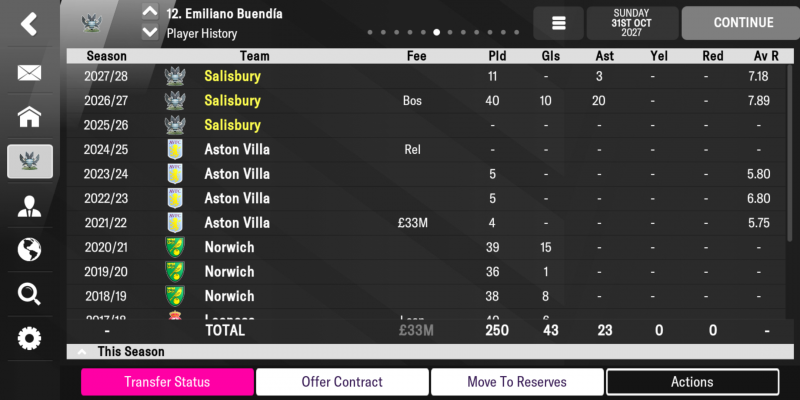 There is certainly world class talent that are available on a free every year. It is precisely such a powerful tool to build your squad with because talent will be available every season in your saves AND this will be true for future (and past) editions of FMM.

Very simple steps that is just 1-2 minutes prep in FMM,

These will be the first steps that will make you get bored of FMM *ahem* stop begging for tactics on Vibe Oops I mean getting good at FMM.