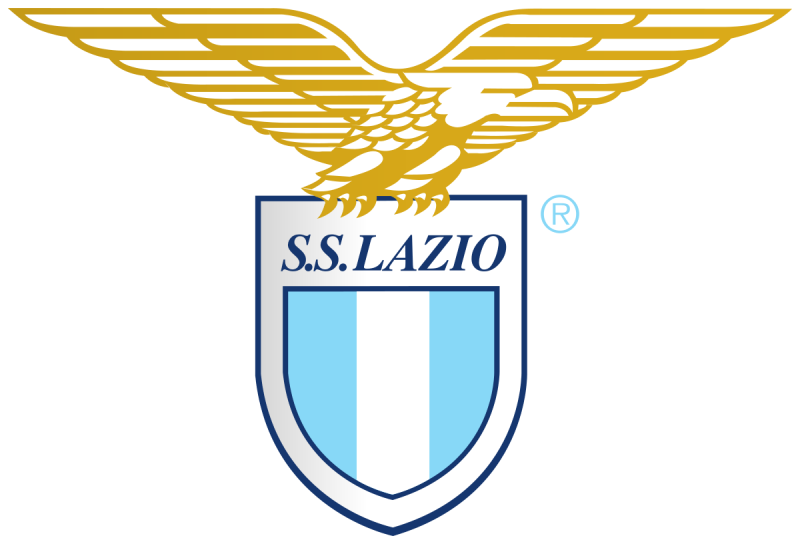 If you’re looking for a challenge on FMM 18 then ‘I Biancocelesti’ or ‘Lazio’ to you and me could be the club of choice for you. Juventus have been dominant in Serie A since 2012 and the other Italian clubs haven’t had a good look in on any silverware since that time. Lazio however, did manage a Coppa Italia in 2013 and that was only their eighth major domestic trophy in their history. One of the main challenges in a Lazio save is keeping hold of certain key players and keeping the sharks at bay whilst also trying to end the run of dominance that Juventus holds over the league.

Without a shadow of a doubt your best player in this squad is Sergej Milinkovic-Savic and he develops into one of the games leading midfielders in a few short years. So keeping him is of utmost importance 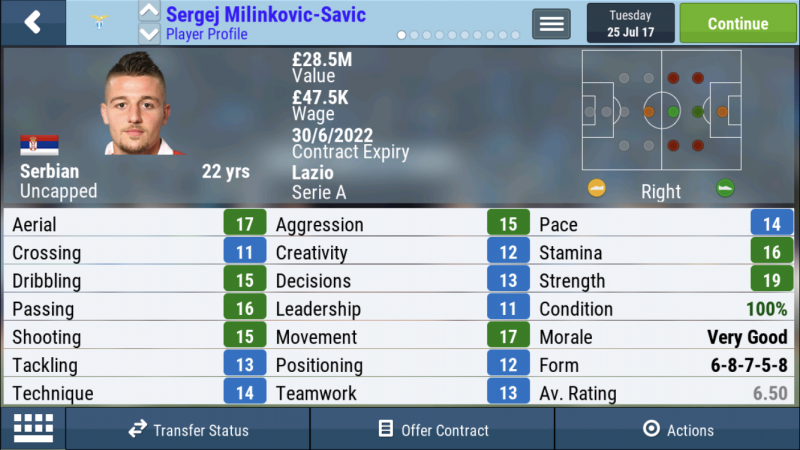 In defence, your key player is centre back Stefan De Vrij. With the Dutchman’s contract expiring at the end of the season, can you ensure he stays for the foreseeable future? 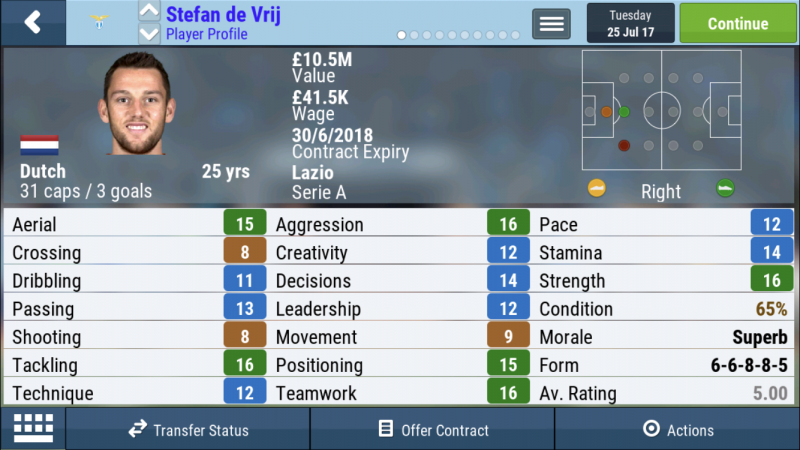 Last but not least, your Italian striker Ciro Immobile has the experience to lead the line for the best part of five years so long as you can keep him fit 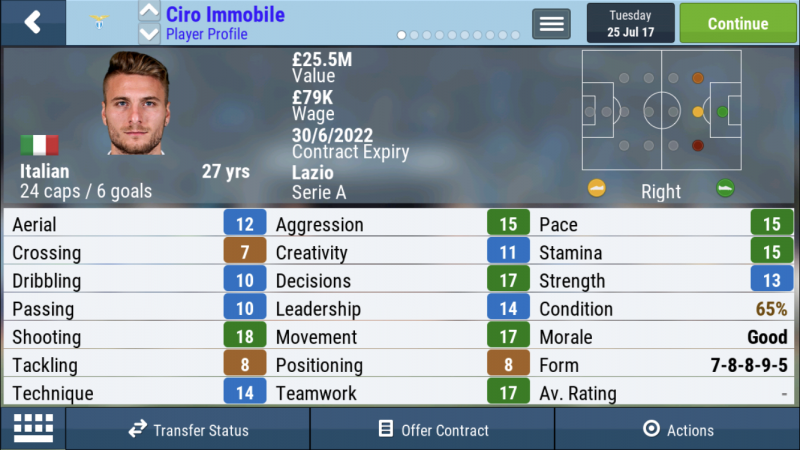 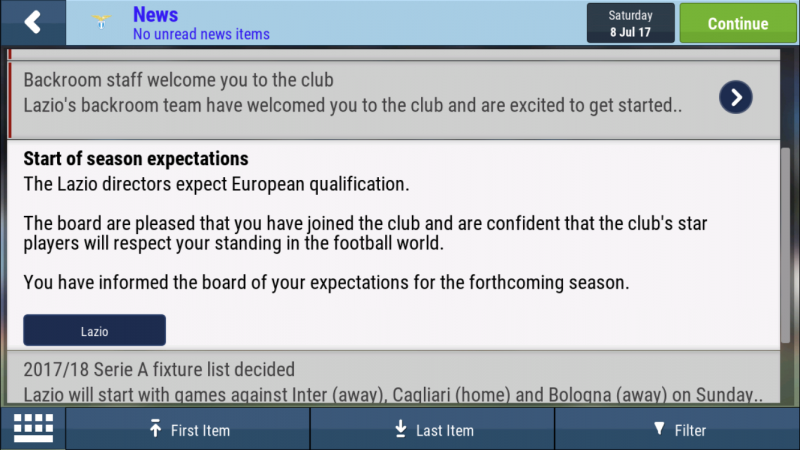 The main objective is to qualify for the Europa League, but if you feel confident I’d be inclined to go with Champions League qualification. This will ensure a little bit more money for your transfer kitty. 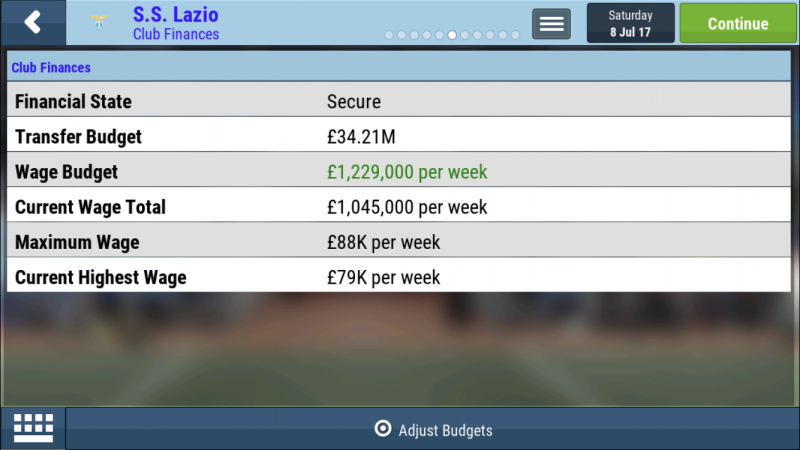 Which at a solid £34million is enough to make a coupe of shrewd signings whilst hopefully keeping your current squad intact.

For outgoing transfers i would personally ship striker ‘Filip Djordjevic’ he earns £38k per week and this is money that would be better spent elsewhere. Ivan Vargic earns £15.75k and shouldn’t be in contention for a starting spot. I would also loan out Luiz Felipe for game time.

As for incoming transfers, the squad is really low on options on the wings with Felipe Anderson and Nani being the only real options. So a winger/inside forward is a must buy this season and I’ve highlighted Ajax wonderkid Justin Kliuvert as a priority target. He can be purchased for around £25million, and will be a welcome addition to any squad. An alternative could well be Cristian Pavón of Boca Juniors who can be purchased for the right side of £5million and develops into an elite player.

A 433 or a 4231 would be the most ideal formation for the club. These formations would ensure you get the best out of your key players. Here’s an option: 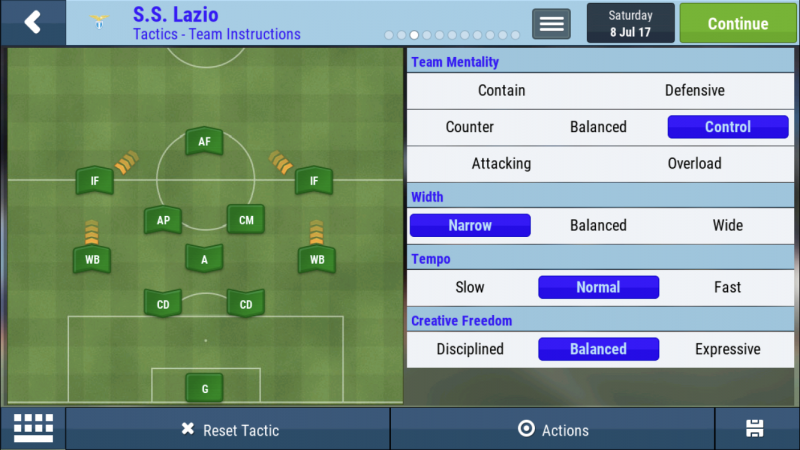 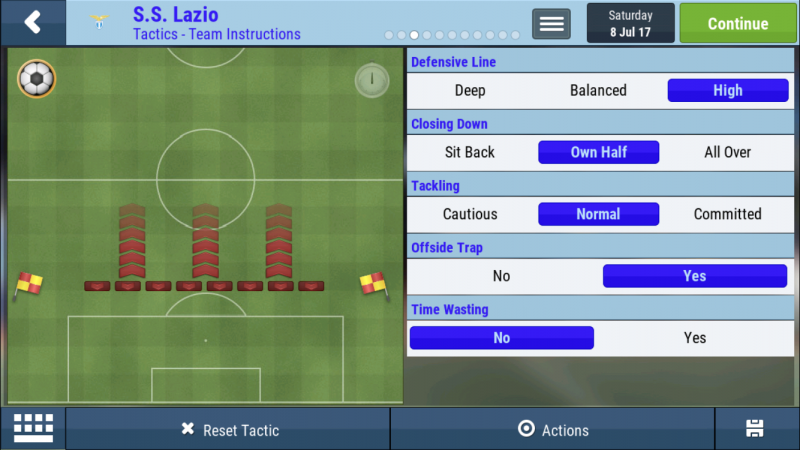 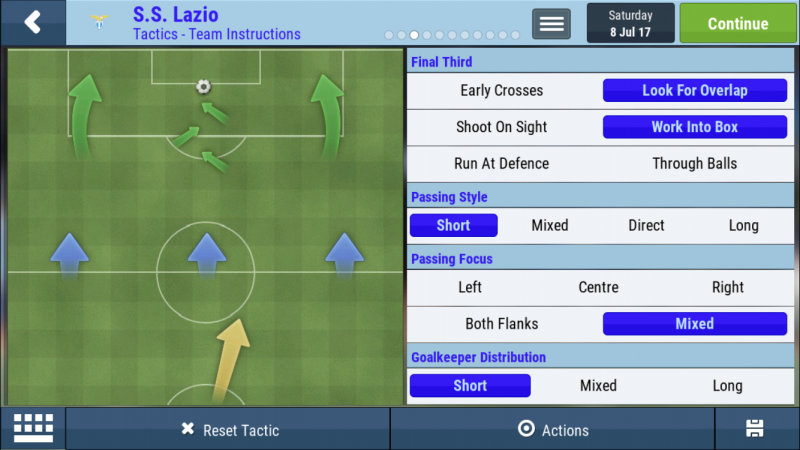 An attacking 433 with the WB’s pushed higher up the pitch, which can be afforded with the addition of the Anchor man in the side. 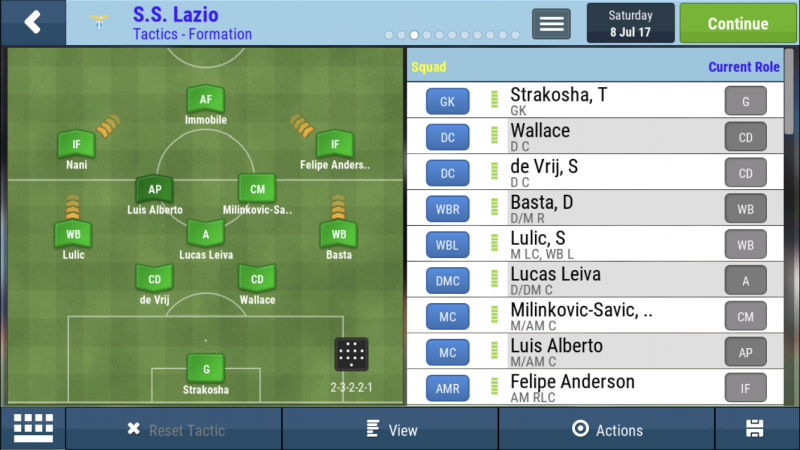 A solid first XI, and with some time could develop into a leading force in European football.

Thanks for reading, and once again I hope you’ve found this guide slightly helpful and I would be intrigued to see a Lazio career on Vibe in the near future! Have you managed Lazio in the past? What did/would you do differently?