What Formation Should I Play? / What Players Should I Buy?

This guide is specifically about the intersection of tactical formations and squad management, which means assessing the squad to see what's the best thing to do moving forward. This is always the first thing you do when starting a new save or when moving clubs in FMM, not copy some tactic wholesale you see on a forum with no consideration of your current club and pray it works.

Even though this is one of the most fundamental basics, it's probably the step most people skip and opt to copy tactics until one happens to work. That is why I am writing this. You just need to learn to do this once, and even if you still want to copy another tactic at least you've narrowed down on the number of tactics to try.

Small point to mention, this will not cover player roles and tactical instructions. Although the topics are related, you can always tweak them AFTER settling on what formation to play. Or put in another way: There is always a role and instruction set-up that can optimise most formations, but that's for another time.

Though in real life players who play in similar positions can mostly play another position fine, positional familiarity a much more major factor in FMM (more so than it should be in my opinion). So we have to contend with that.

However whether you choose to lean towards letting your desired formation affect your squad building or letting the players at your disposal determine the formation you gravitate towards, this guide still applies. Whichever you prefer, in practice you'll have to do a little of both. Sometimes there is just so many good centrebacks that you have to play 3-at-the-back, other times the only AMC is so good you go out to buy AMCs as his backup (well technically you could swap formations when he doesn't play, but I do like some continuity).

What Shape To Play or How Many Players Do I Need?

Whether you derive the formation from the number of available players or determine how many players to buy/sell by the formation, these are the rules of thumb

Most often these will be the lone striker, lone AMC or DMC, though in more adventurous formations it could even be a lone defender (not that anyone who is knowledgeable enough to create a formation like that would even need this guide) 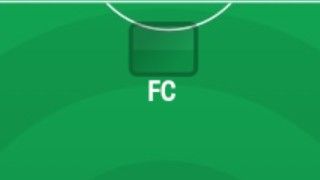 If you even want to play a position at all, make sure you have at least 3 players that can play there. Or if you have only 2 or less, definitely consider either getting more or begin the retraining process as soon as possible.

Positions that require similar attributes like the winger/fullbacks on both sides or the same position like 2 central midfielders can be categorised together. This generally means the same types of player can be used to cover for more than one position, though it's important to note this is more applicable at the top tier of football since positional versatility will eat into a players PA.

With a 2 man pair, make sure that there is at least 5 players (2 for each position and 1 to cover both).

Sometimes the covering player wouldn't be exactly suited to the role of both positions, often because they are just a well-rounded player bought just to cover or are more suited to one than the other. Either way it is fine because they are a cover player for a reason, it is hard to ensure that your tactics aren't affected AT ALL when 2 player in the same position is injured.

The same concept of pairings can be extended to 3 men. Though with a larger group, it does afford you more flexibility. 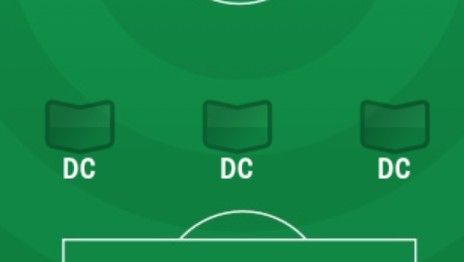 With 3 players playing the same position in the starting eleven and their backup, you have 6 players. I personally have tighter squads, so I'd probably just stick with 6 players since that is quite a number of backups. Maybe have a youngster to cover if really needed. But I can see why some would feel more comfortable with 7 players.

Not Every Pairing Is Dead Fixed

As mentioned before, not every covering player is 100% suited to the roles they cover for. Whether as a means of keeping a smaller squad, playing a certain formation or even limited financial resources, you can sometimes opt to pair up the formations differently

Right-footed defenders and right backs are a good example 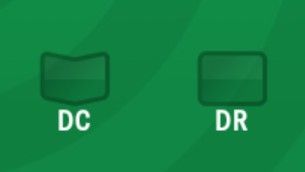 Centrebacks can be adequate cover for right back, particularly so in lower leagues when you don't need them to go forward as much. And conversely right backs can cover centreback in 3 at the back formations where they are better protected by 2 other centrebacks.

If you play Inside Forwards with an Advanced Forwards in particular, you could even consider the front 3 as a trio

Of course the same would not apply with a Target Forward since the required attributes aren't as much of an overlap with wing players as Advanced Forward. Either way you can probably just stick with the basics and learn about how tactical roles and instructions work (there are other threads on this forum), then come back to this again. You can then build on those basics and take your squad assessment to another level.

This is the end and hopefully you've learnt how to set up your formation/squad. It really is the first step to crafting your own tactics, but also the filtering step to save you the time when looking for tactics. Even if you just want to copy tactics, knowing what your squad is capable of or what you need to do in the transfer window can save you the frustration.