Do you want to buy a player,
but on a limited budget?

What’s a Release Clause?
There are many players who have “release clauses” in their contract - so if you are willing to pay that amount, then the other club must accept your transfer bid. Bizarrely, this is how PSG bought Neymar.

Why Spanish clubs? 🇪🇸
Typically you want look for players owned by Spanish clubs, as almost all of their players have a release clause. Usually you are looking for the under-priced bargains!

3 are young, the rest are in their peak years. 6 are EU nationals, 1 has UK (English) nationality, the rest likely require work permits in Europe.

My favorite is the last one on the list 🙂

Note - the manually added £m values show either their release clause, or their ‘enquiry’ price (whichever is lower). You could negotiate transfer fees lower, so this would be the MAX price you’d pay. 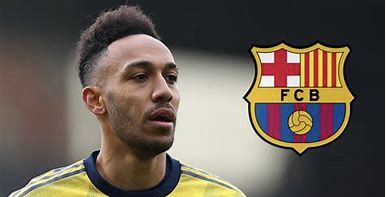 These 7 strikers are all aged 30+ with release clauses of £1m to £20m (with surprisingly affordable wages).

Could be useful squad STs + mentors?

Note - the manually added £m values show either their release clause, or their ‘enquiry’ price (whichever is lower). You could negotiate transfer fees lower, so this would be the MAX price you’d pay.

Here you can see their (reasonable!) wages at their current club!


Why Now?!
I have just started my first FMM save in a few years which allows buying players (in recent years I’ve playing with a ‘no signings’ rule) - so this is a very useful (realistic!) tip which I’ve just started to use again.


Should I load the 🇪🇸 Spanish league in my save?

If you load the Spanish league in your FMM save, then you’ll get more players (owned by Spanish clubs) to select from - and you can filter them on the player search screen by dejecting ‘based on’ Spain.

If you don’t load the Spanish league, you’ll get fewer players (owned by Spanish clubs), though the main wonderkids / better players will still be available - but as (I think) there’s no option to filter only these players, you’ll have to manually look through the player search screen, only looking at players at Soabish clubs.

In my current save, I didn’t load it, and still have found some bargains. So it’s your choice.

Summary
You can buy players at affordable prices  by looking through the Spanish clubs’ release clauses. It’s an excellent option - especially for FMM beginners / new players …

What do YOU think? Vote in the poll below + share your thoughts/bargains!

Do you use Spanish RELEASE CLAUSES ?!