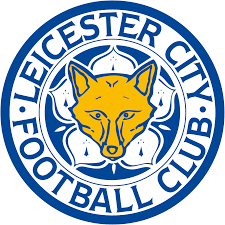 Leicester City Team Guide
What's up lads and welcome to my team guide on Leicester City. Today I'll be bringing you through some key stuff that will make you thrive at this club.


Introduction
Leicester City are a football team that have mostly been playing in the Championship in recent years. But for the 2014-15 season the got promoted to the BPL. They struggled in their first season and only just making out the relegation fight. This season in real life they are thriving and are now top 4 contenders and if they can keep some great form they could even challenge for the title. 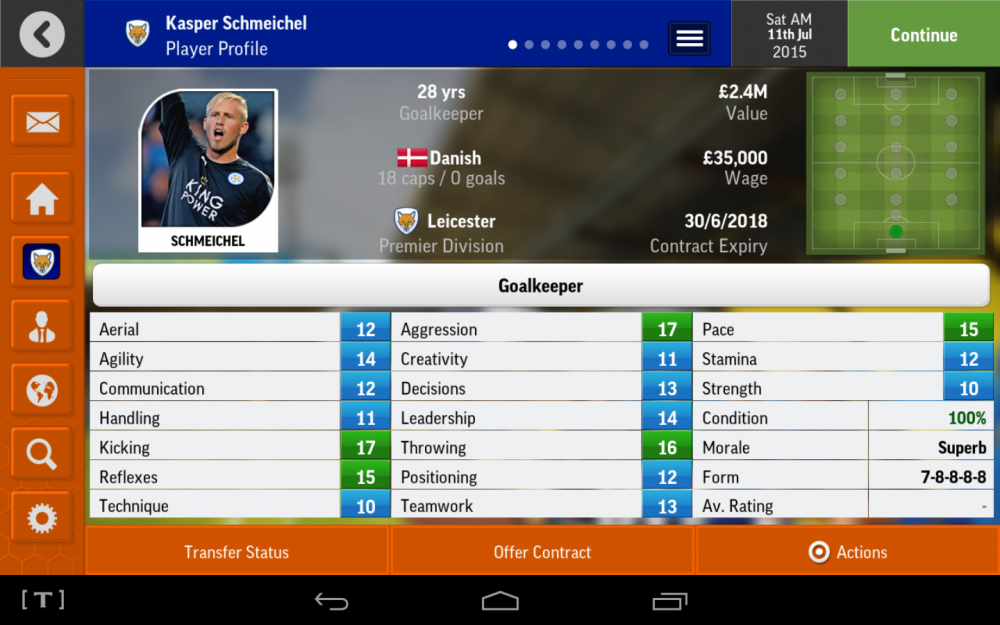 Son of legend Peter it was obvious Kasper would be good and he should be good enough to stay as starting goalkeeper. He has got some solid stats but he's now aged 28 so maybe you want a new young keeper. 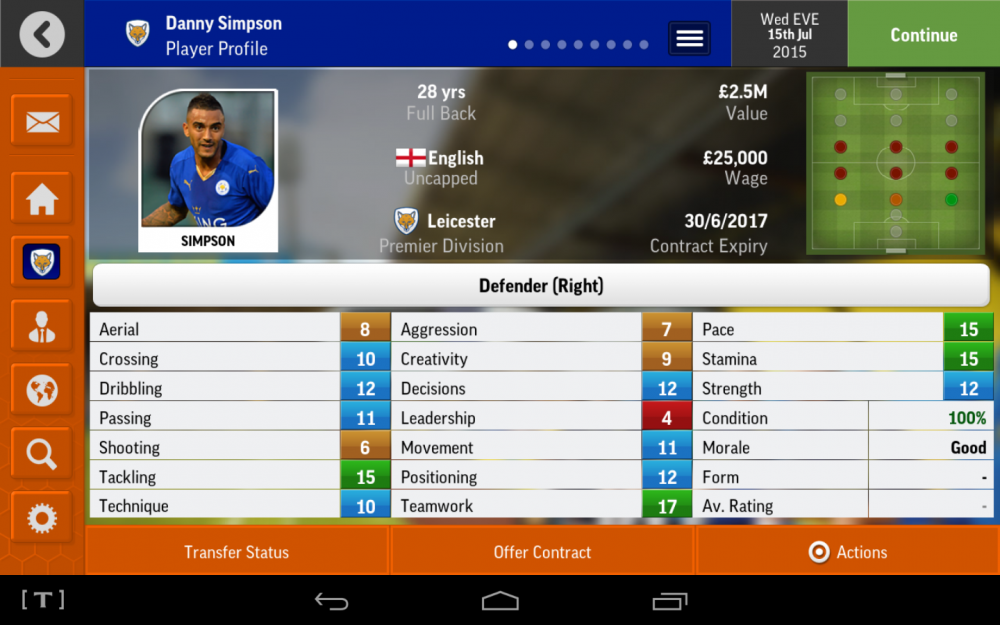 Danny Simpson is a solid right back that is fine to stay as a first team player. 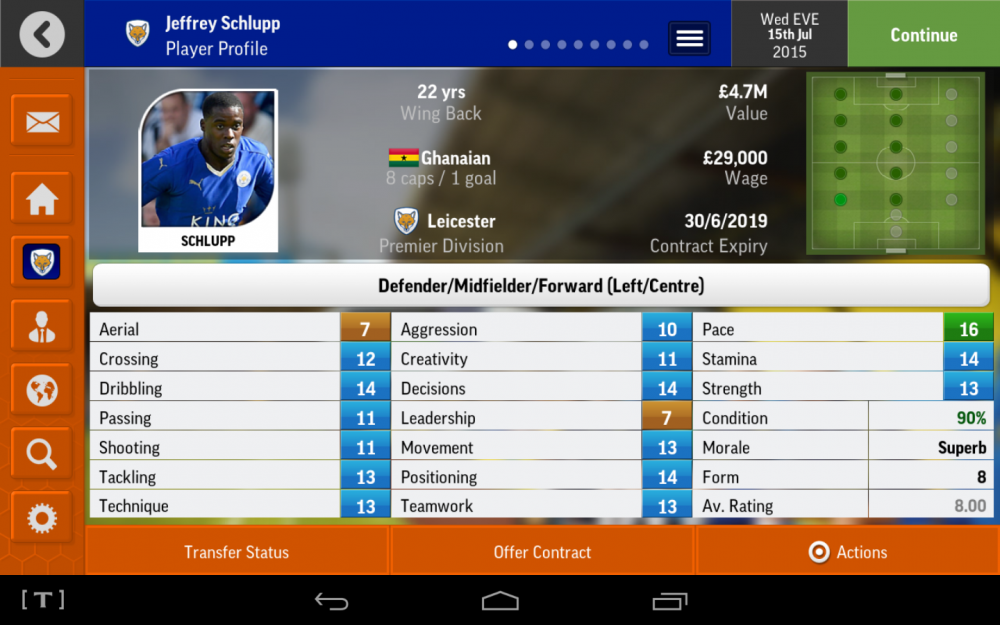 He's gonna be a wonderful player if you play counter attacking football as he's great at running up and down the wing. 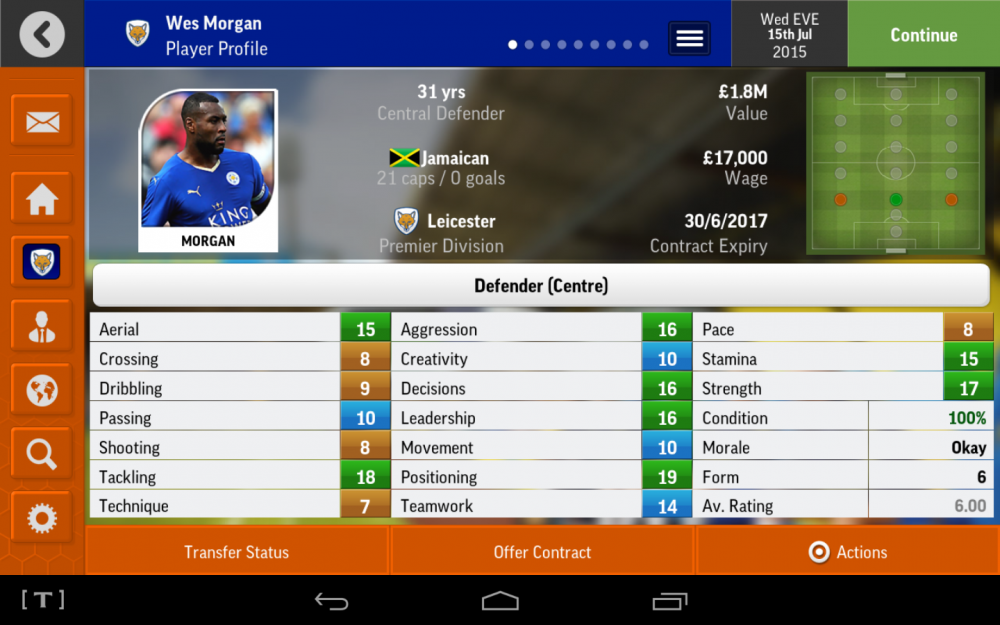 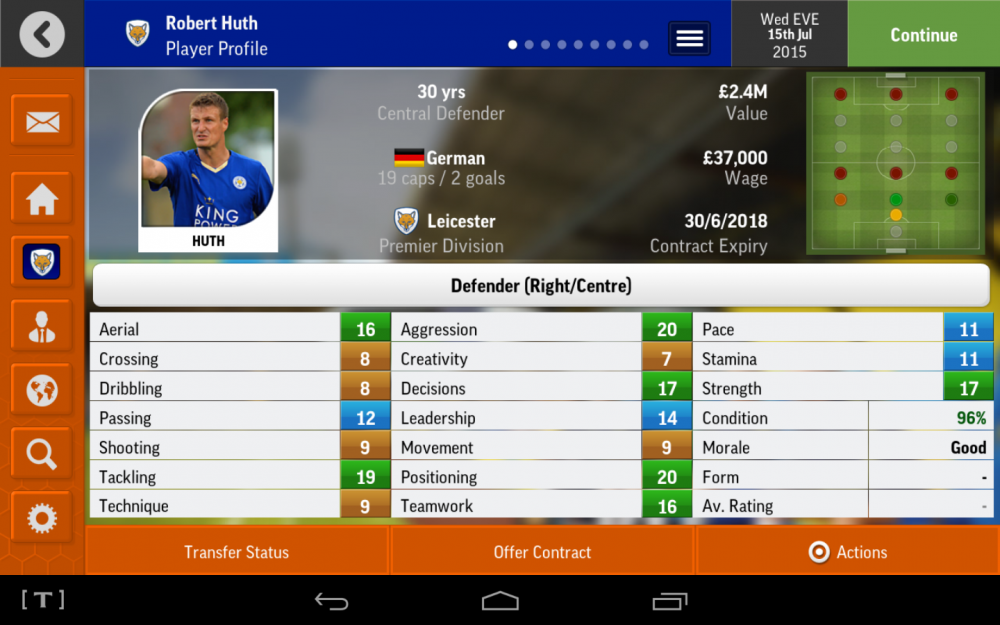 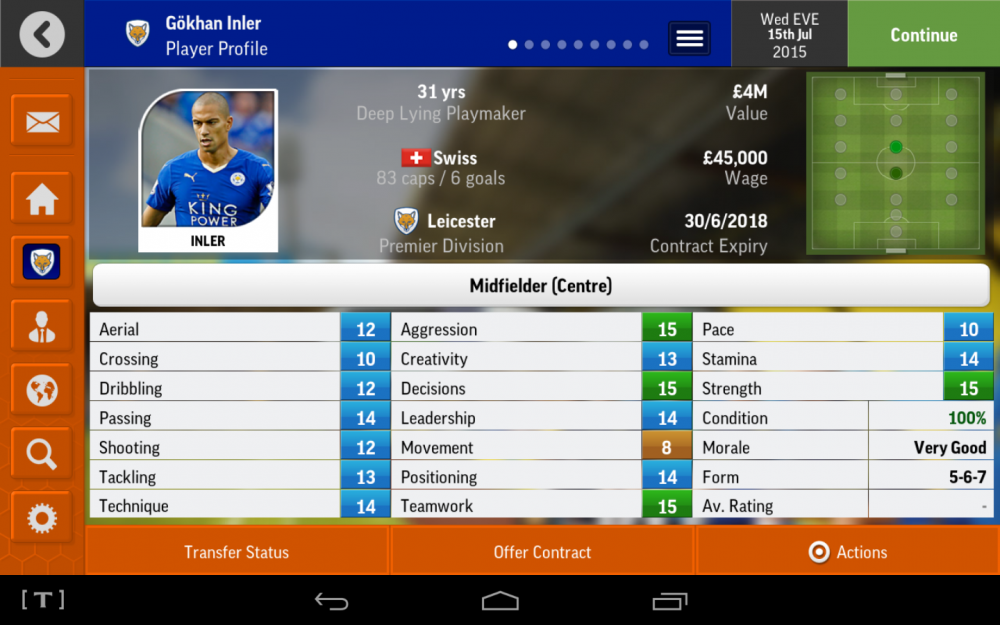 These two have been amazing this season and will sure control midfield and create chances. You might want to use Danny Drinkwater too. 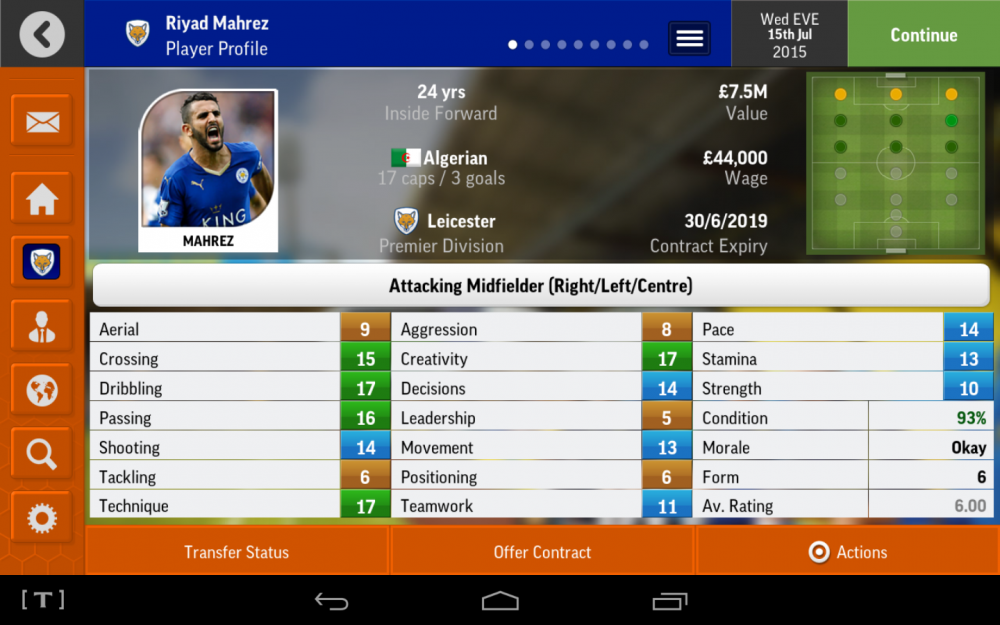 He's the second highest assister in the league this season. He sets up and scores in FMM. He'll also turn into an even better player. He's going to be key this season too. He will need to work well with Schlupp and then they'll make so many chances. 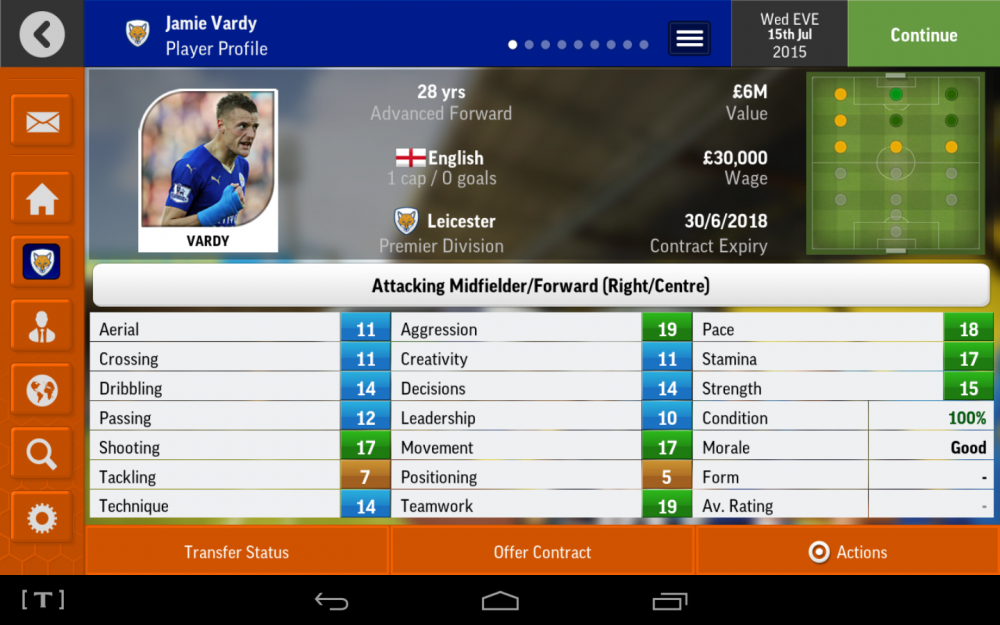 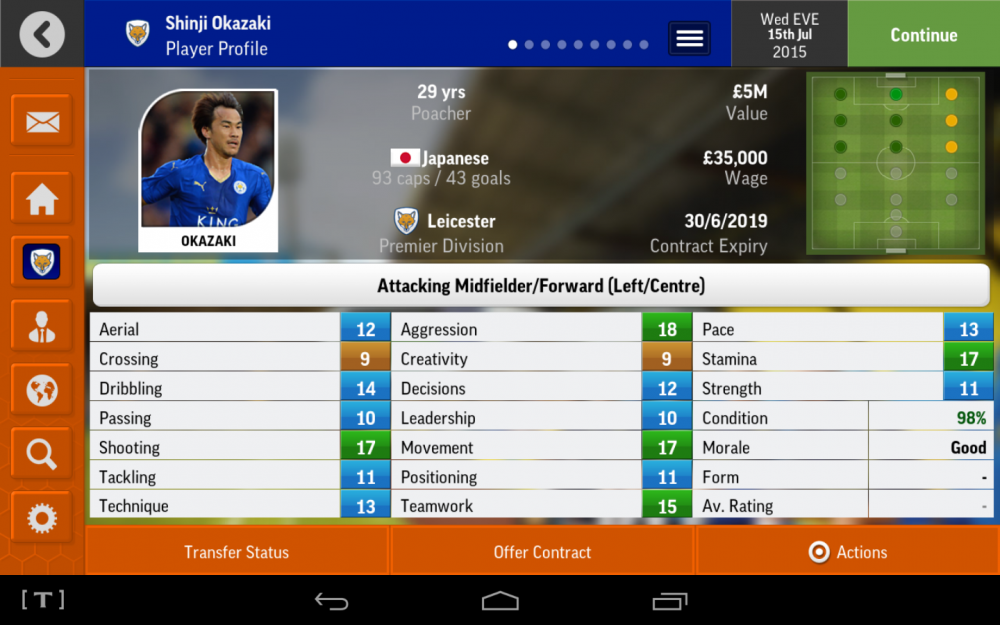 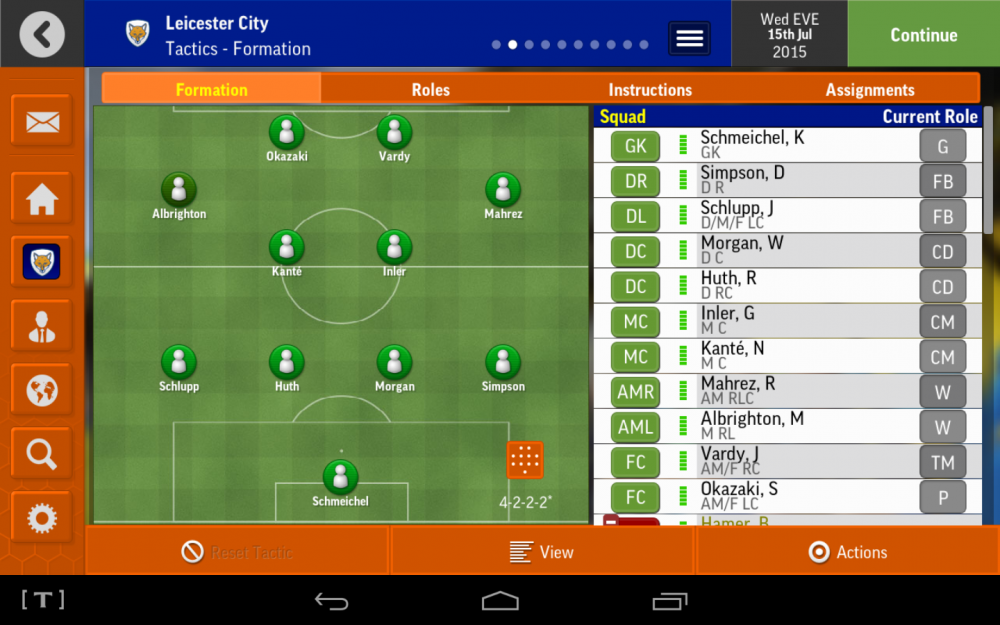 New Signings
With a small budget you will probably be looking for loans and Free agents.
Possible Transfers
GK) Geronimo Rulli- Contract finished at end of season
CB) Ron Vlaar- Sporadic first team player
CB) Nicholas Nkolou- Would an amazing signing for free at end of season.
CM) Ever Banega- Contract out at end of season potential replacement for Inler.
CM) Saul- Wonderkid whose contract is ending
AML/AMR) Goncalo Guedes- On Loan and is a wonderkid.
SC) Lord Bendtner- Premier League experience and would be a popular addition to the Premier League. Out of contract at end if season.
SC) Alvaro Vasquez-  Quality striker that's still getting better.

Expectations For Season
Realistically on FMM you will be aiming for a top 10 finish and then to build on that in the future. Good luck to all that attempt a career mode with then

Thanks for reading and please remember to drop some feedback below.