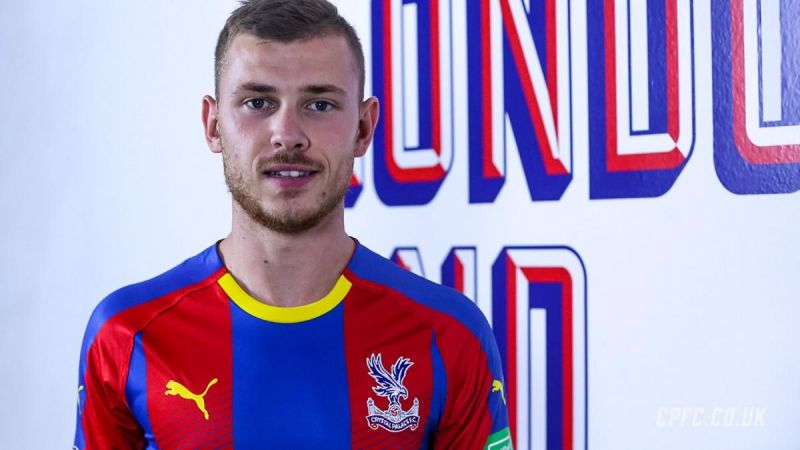 Hello Vibe, and welcome to Epsiode Two of my Vibe exclusive Tactical Showpiece series where I will be showcasing the newest talent to arrive in the Premier League and one’s who I think will feature prominently in FMM19. If you haven’t seen episode one yet I highly suggest you give that a read here - Tactical Showpiece - Episode One

So as you may have guessed, the new premier league star I will be focusing on in this episode is none other than former Schalke & Germany man Max Meyer, who has recently signed for south London side Crystal Palace in what could be seen as the coup of the season. That’s right, Crystal Palace got their man on a free transfer from the German side after he let his contract run down after a dispute with Schalke’s sporting director Christian Heidel which consequently left him out of training for the remainder of the 17-18 season.

As FMM18 starts a year ago, none of this has happened in game so I obviously had to go out and buy Meyer for Palace myself, and it proved a tricky transfer to pull off for the Eagles. An initial bid of £35million was enough for Schalke, but it wasn’t enough to convince Meyer himself to sign. In the end I opted to switch on Sugar Daddy so I could offer him what he wanted financially to sign for the club, a £190,000 per week in fact! What a money grabbing little ba***rd! But we’ve got our man either way, and I could get the experiment under way... 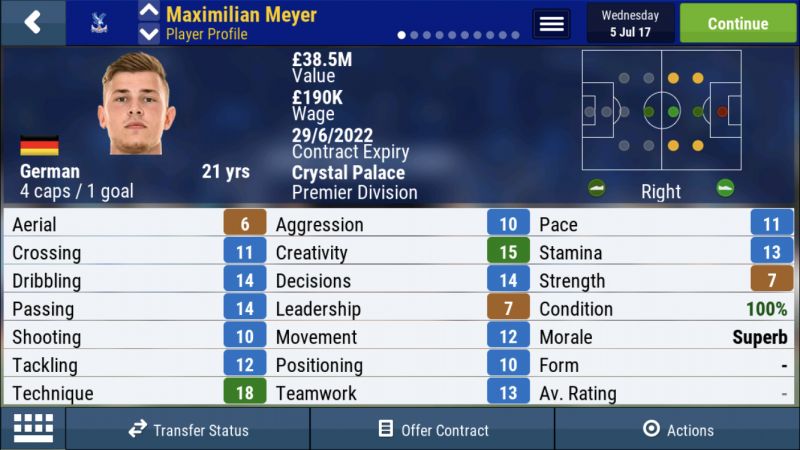 In terms of Palace quality players he looks a quality player, with 14 in dribbling and Passing, 15 in Creativity and 18 in Technique along with a plethora of other decent attributes. In real life Schalke manager Domenico Tedesco started to deploy Meyer more as a Deep Lying Playmaker as he felt the positional change better suited his qualities. I disagree, and I will be playing him as an Advanced Playmaker in the centre of the park. 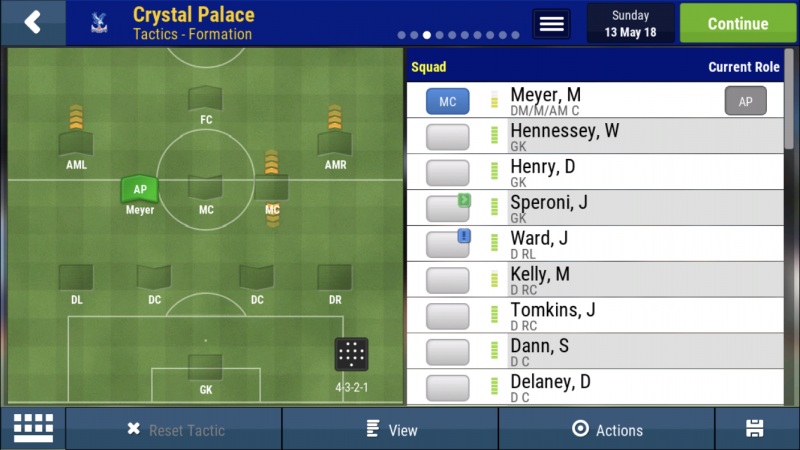 Deployed on the left side of a 4-3-2-1, he would also be taking all set-pieces this season, as I felt that with his technique, creativity and eye for goal it would benefit the team massively.

Let’s now fast forward to the end of the season to see just how Crystal Palace, and more importantly Max Meyer got on. Well it was a fantastic season all around for Palace, as they finished up in 5th placed in the league with a more than respectable 67 points. They were the leagues top scorers with 79 Goals and would next season be playing European Football. In the end, too many draws saw them miss out on the Champions League spots. 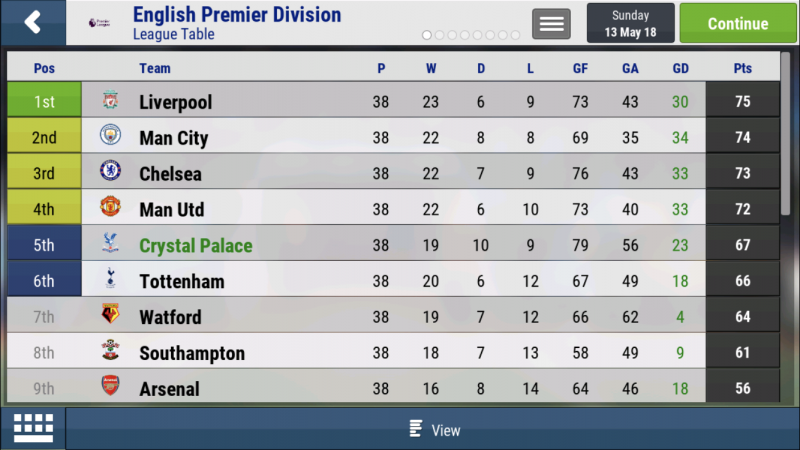 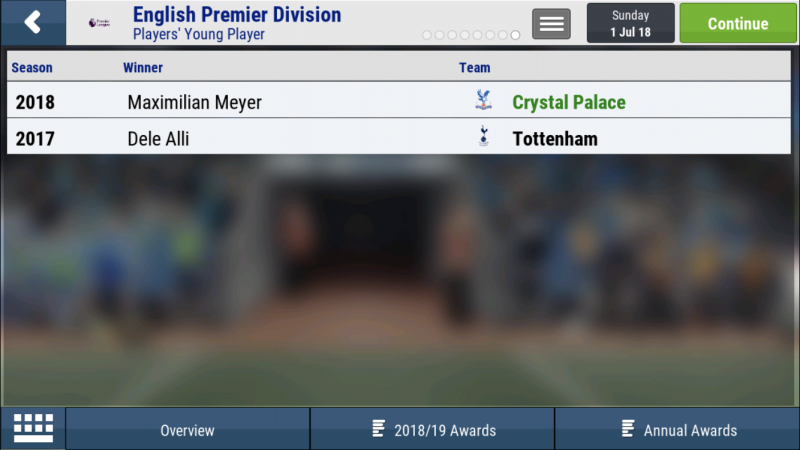 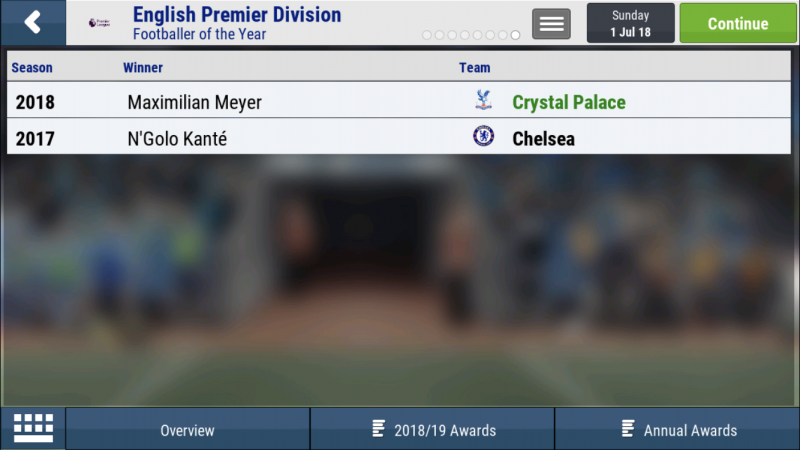 He was the league’s top assister, beating the likes of Juan Mata and Kevin De Bruyne to take the top spot with 18 assists. He also had the best average rating for the whole league, narrowly beating out teammate Wilfried Zaha to take top spot with an Average Rating of 7.70 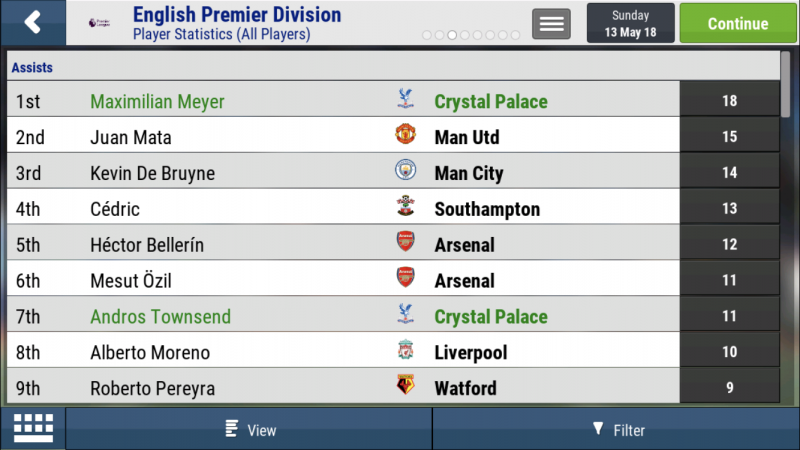 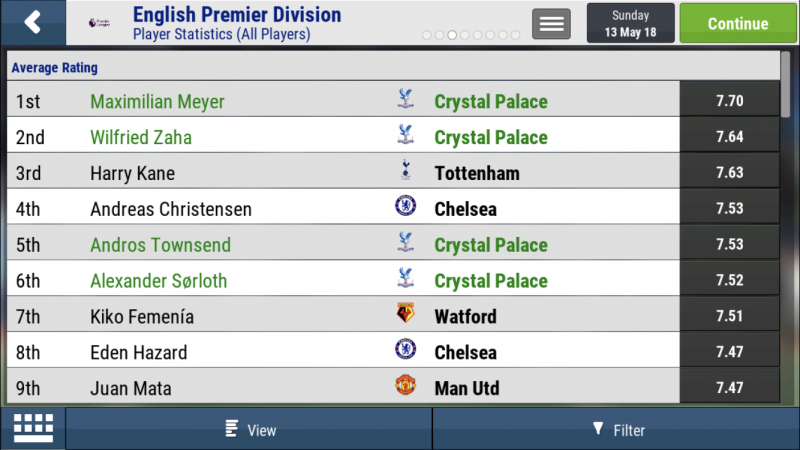 As for his development, well he looks a much better player than when he first arrived at Selhurst Park. 18 in Dribbling and Passing, a full 20 in Technique, 16 and 17 in Creativity and Decisions respectively with his Movement and Teamwork also up to 15, couple all this with his 15 in stamina and he looks a world class midfielder with plenty of room to grow further. He managed 40 games throughout the season, scoring 12 goals and assisting a further 18. A very very successful signing in my opinion. 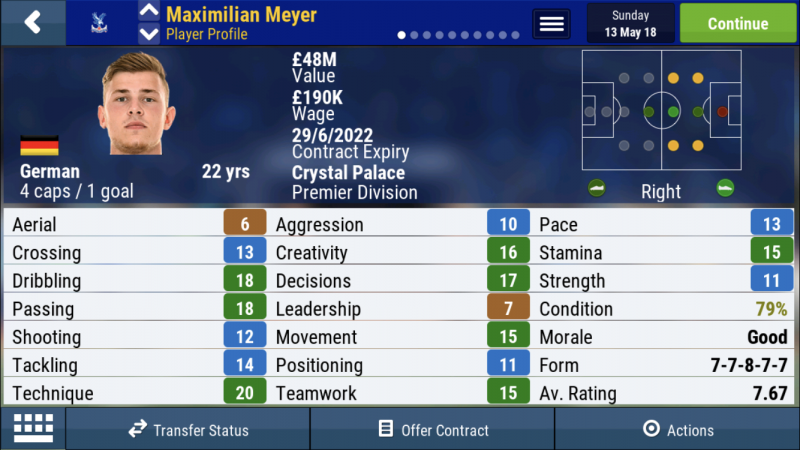 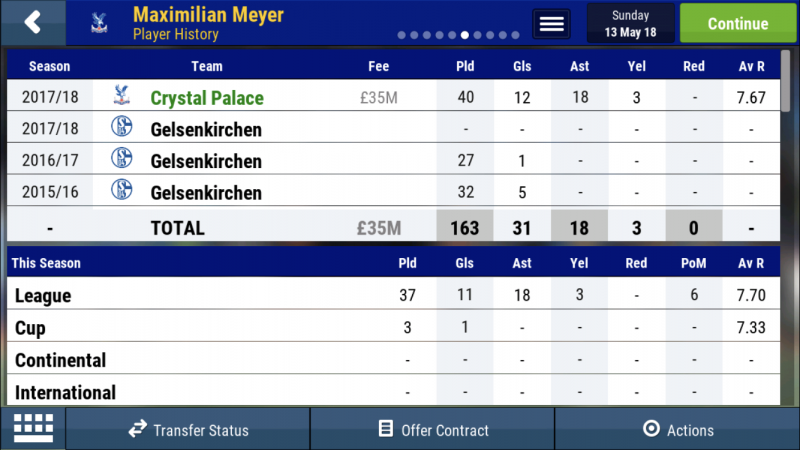 So Vibe, have Palace pulled off the coup of the summer? Will Max Meyer live up to his potential at the South side of London or will he just be another one of those players who never lives up to his original hype? Let me know in the comments below what you think.