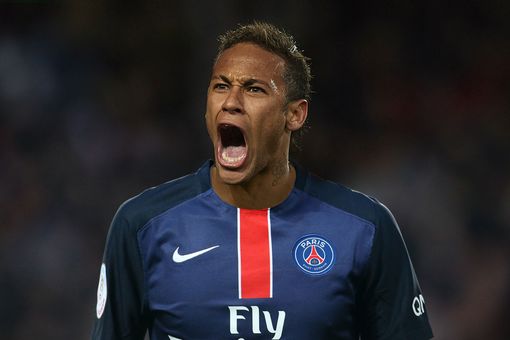 As many of you may know, there has been much speculation of Neymar making a big move to the French capital, Paris Saint Germain. The move has been coming closer and closer as the days pass, and it is said Paris are to announce Neymar on Wednesday. Personally, I hope this happens because I am from Paris, and I am a PSG fan of course lol, but I would like to know what you guys think as well, so please leave a comment!

Anyways! I am here today to simulate Neymar at Paris Saint Germain! And guys this is my first topic so sorry if I did anything wrong, I tried doing this with the knowledge of reading other peoples topics!

-Sugar daddy (Needed this to get the money to sign Neymar) 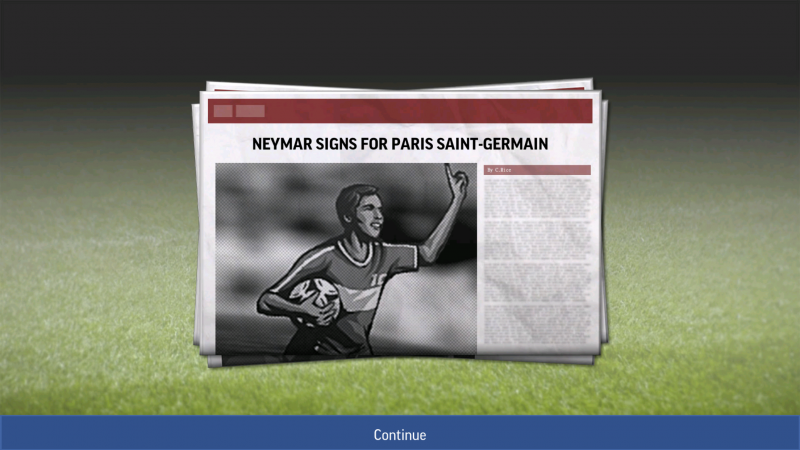 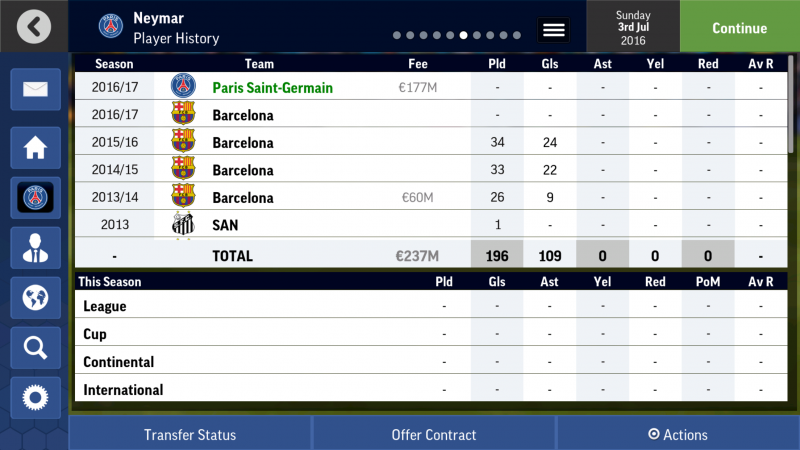 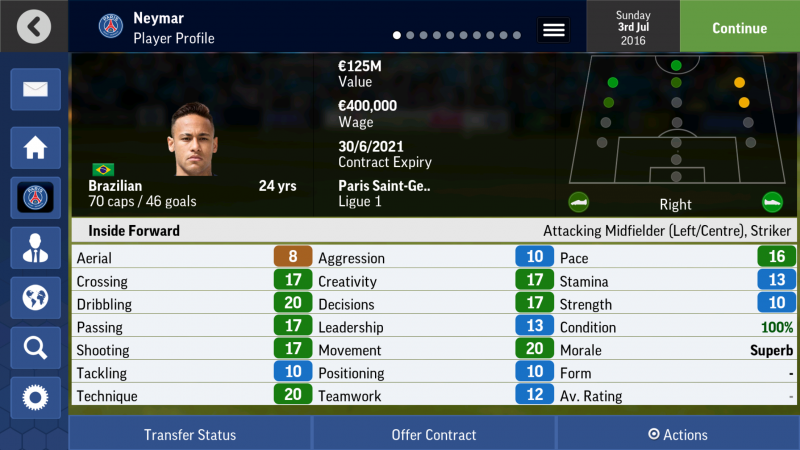 It's done! After much transfer speculation, it has finally completed! Neymar signs for the French giants for a humongous fee of 177M! He signed a 400,000p/week contract on a 5 year deal!

Will he live up to his huge price? Lets find out! 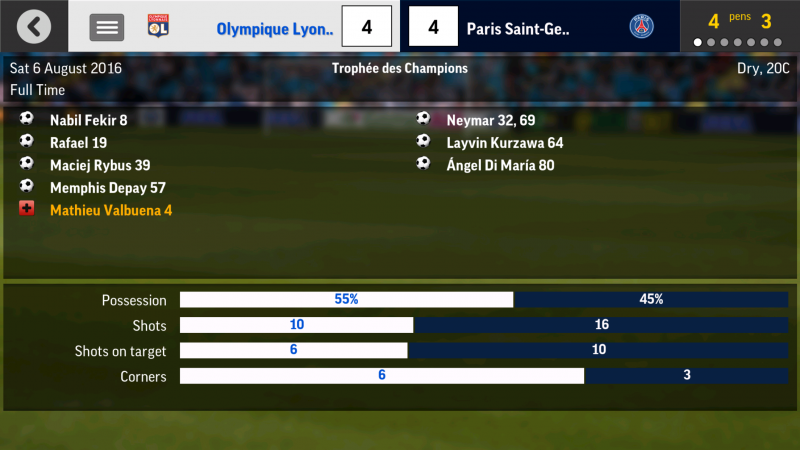 Neymar scored two goals in his debut for PSG! PSG still ended up losing in the penalty shootout, where Neymar couldve had his first trophy with PSG. 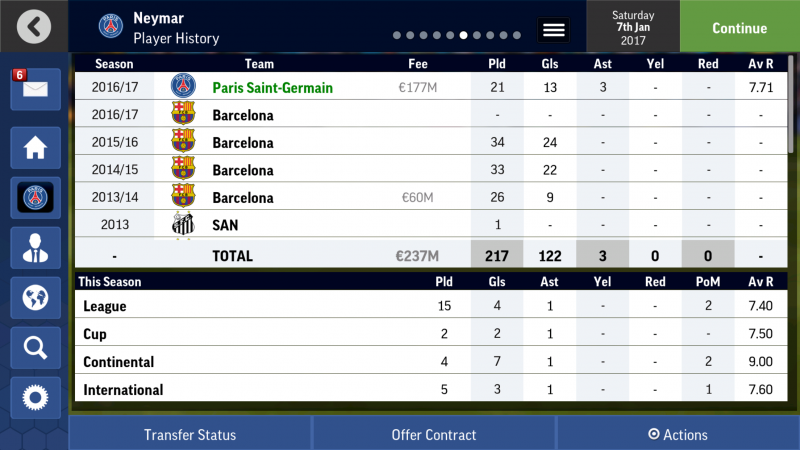 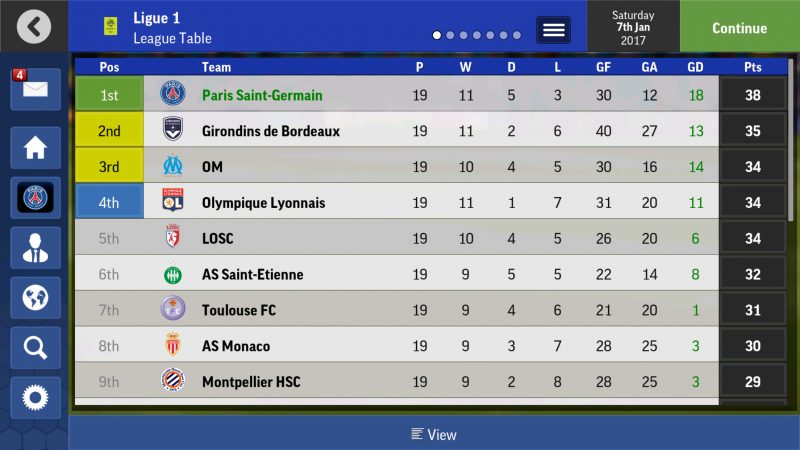 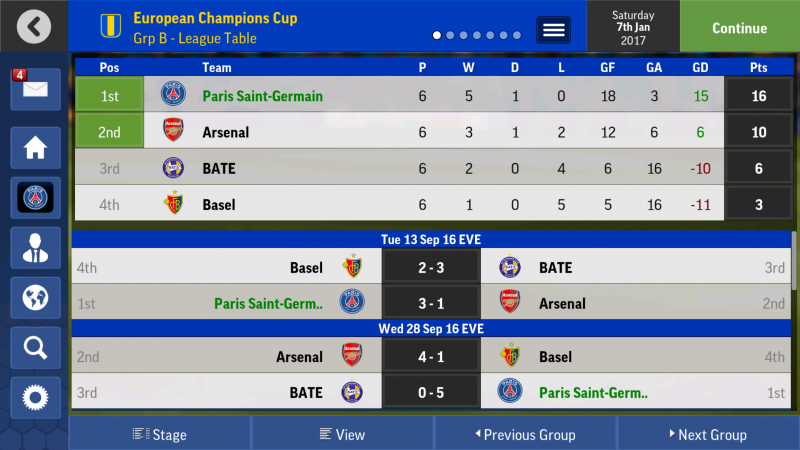 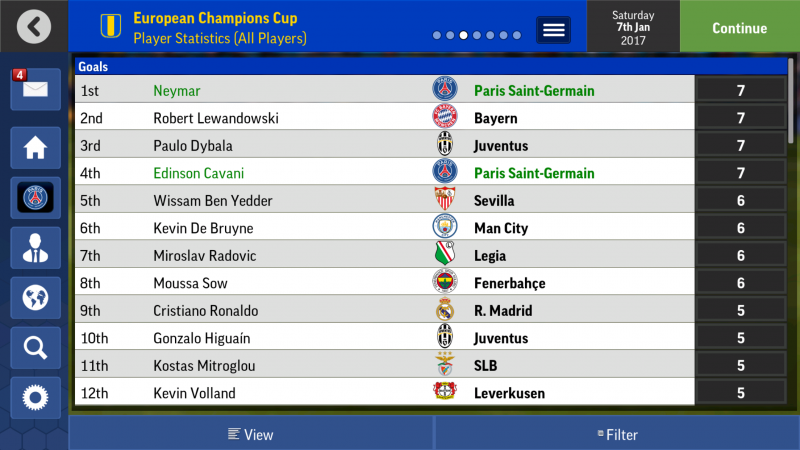 Neymar so far is enjoying a great first season with PSG! Bagging 13 goals in 21 games with them along with 3 assists and a excellent average rating! He is on top of the UCL top scorers with other world class players. 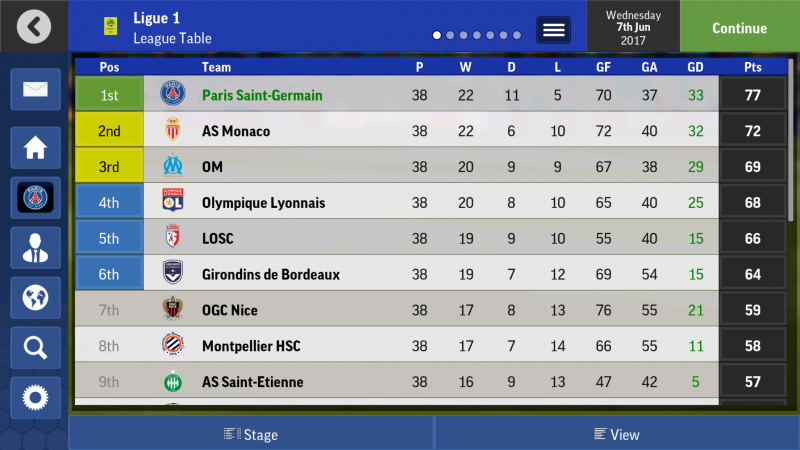 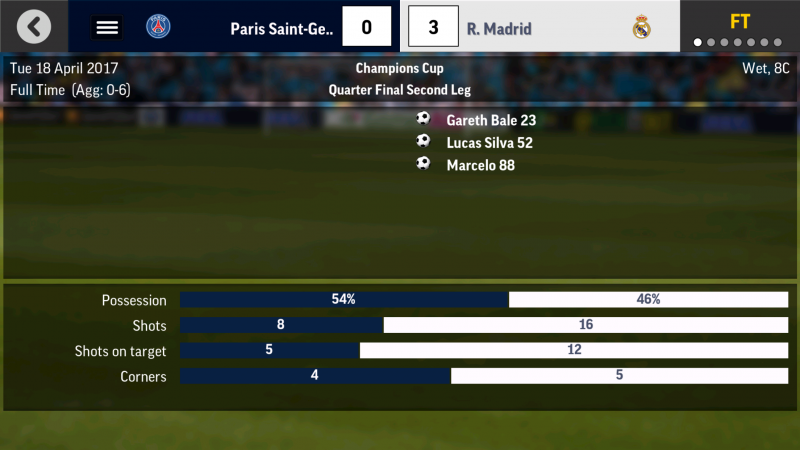 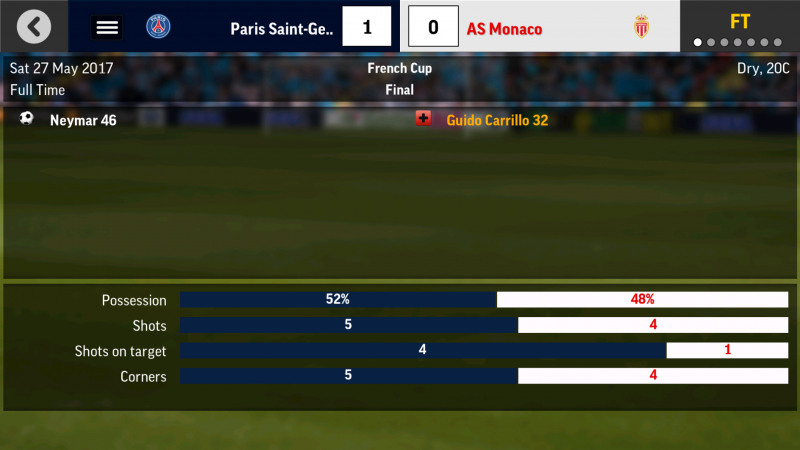 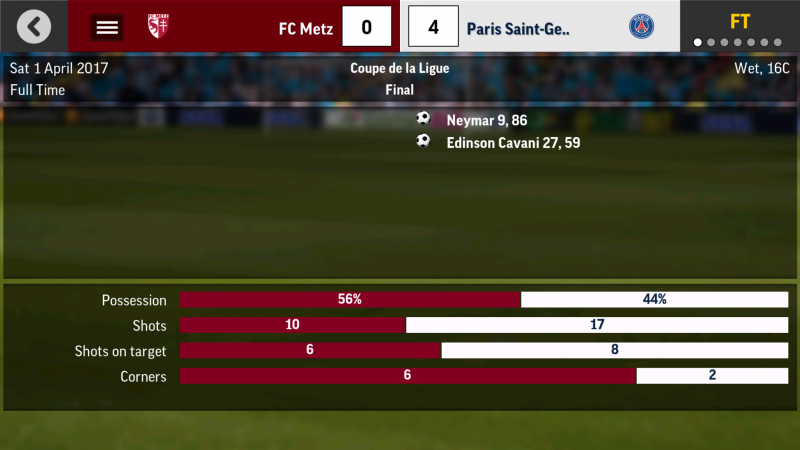 With the help of Neymar, Paris Saint Germain were able to dominate France, winning Ligue 1, Coupe de la Ligue,  and the French Cup! Sadly PSG and Neymar were not able to defeat Madrid, suffering yet another defeat in the quarter finals of the UCL, an embarrassing way to go out. Neymar was the only scorer against Monaco in the french cup, leading them to a victory and a trophy for the club and Neymar.
As for coupe de la ligue, Neymar managed to find the net twice alongside his friend Cavani to lead to another trophy for his first season! 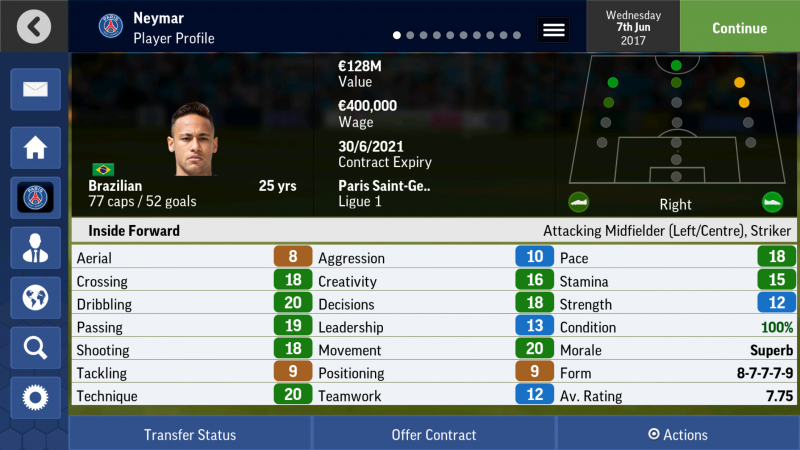 Neymar after one season with the French club 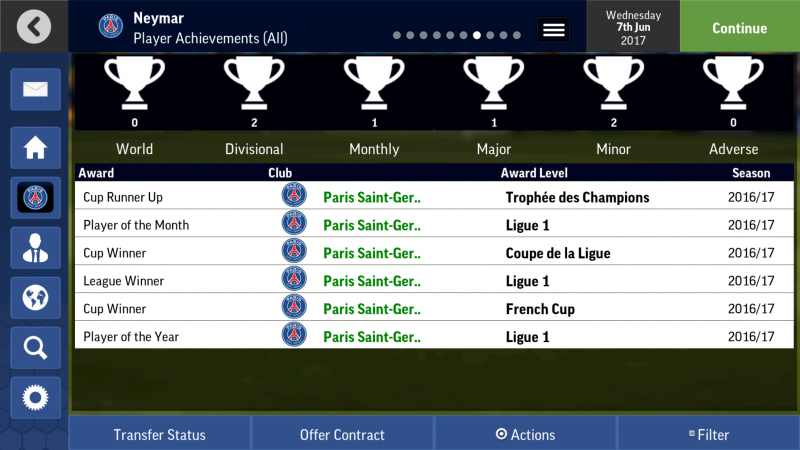 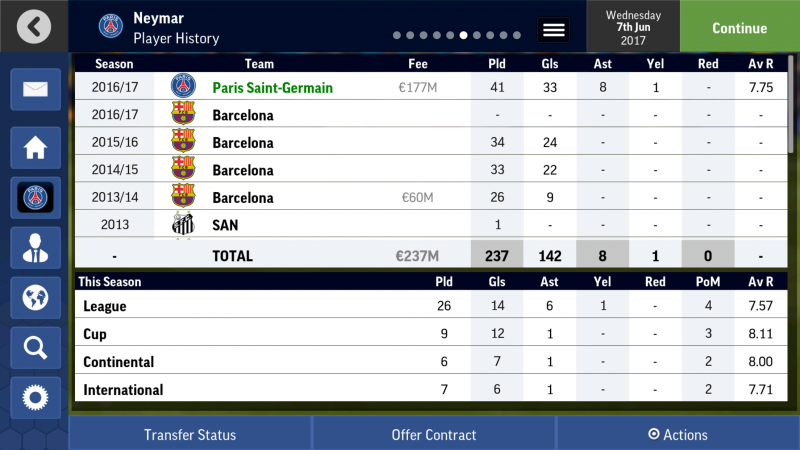 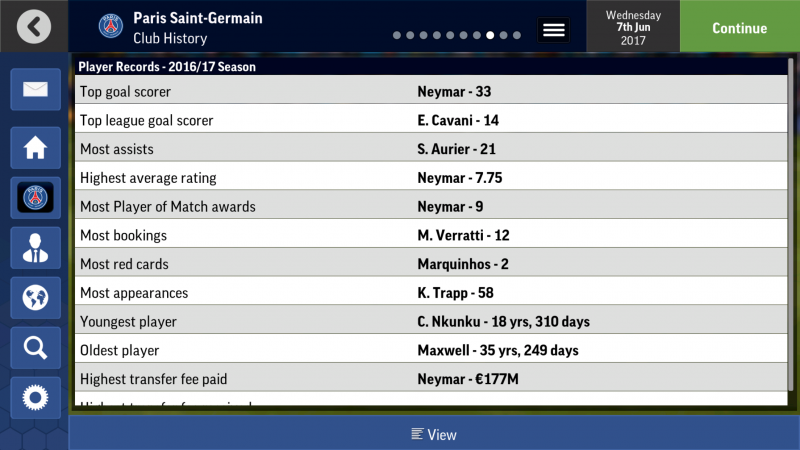 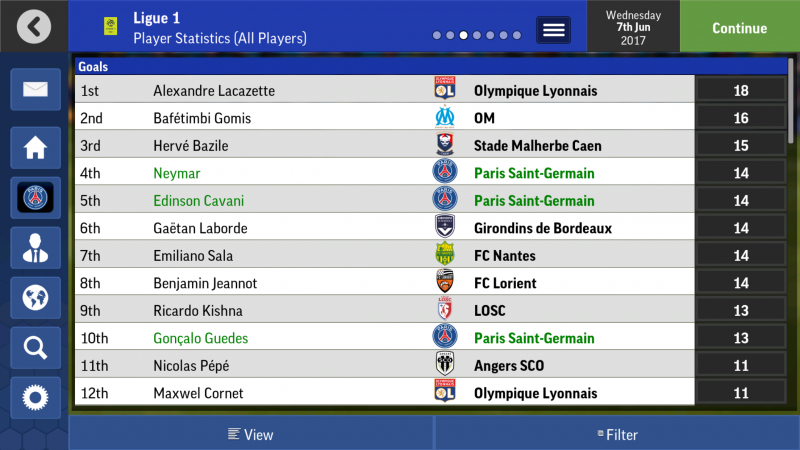 Neymar became ligue 1 player of the month, and eventually at the end of the season, won the Ligue 1 best player of the year award!

He also managed to get numerous trophies for his first season.

He was the top scorer of the club, had the highest average rating, and had the most MOTM awards!

He was 4th place for ligue 1 scorers, which is not shocking! But its still good!

Personally, I think his first season was amazing!

Thank you guys for reading this, its my first post on here

I hope you enjoyed it! If I get much support on this then I will consider doing another season for Neymar!

What do you guys think of his performance? Did he live up to his price? Let me know! Also let me know if I did something wrong or am missing some screenshots, thanks guys!

Much love to this community! 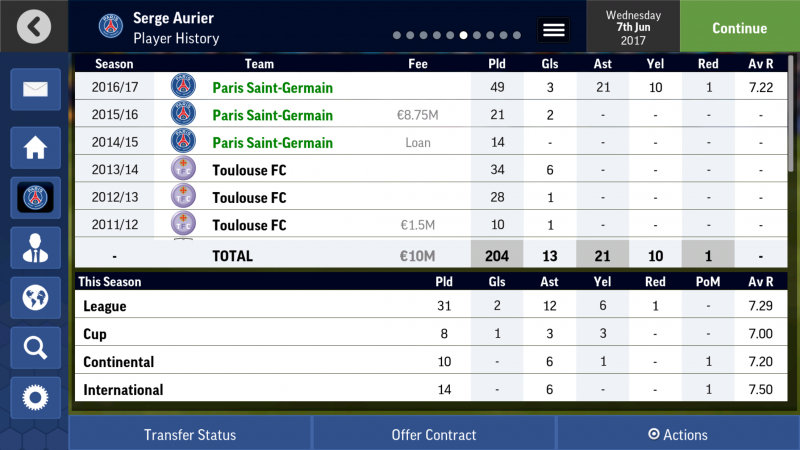 What a season for Aurier!