Credit to Dar J for the original idea

There are times it’s fun to pick a big club, wield their ginormous transfer kitties and buy yourself Trebles and quadruples on FM; there are also times when it’s fun to roll your sleeves up, go down to the muddy pitches of the lower leagues and drag yourself up the divisions. With boards in FMM17 being just as impatient as their real-life equivalents, you may find yourself turfed out the door with surprising regularity if you fail to adapt, and nobody wants that. This guide aims to help you become more a Graham Turner than a Graham Westley and stay long enough to come up from the Fourth to the First Division. 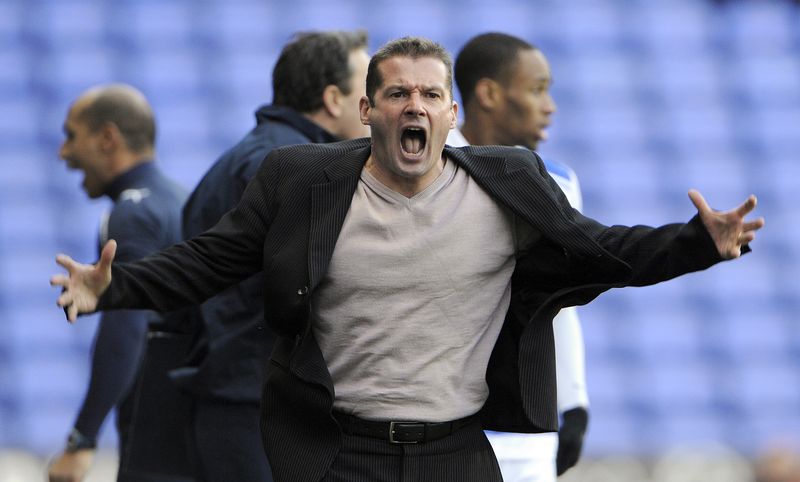 Quick note: Most of these tips are colored in from my experience knocking around in the lower English leagues, so the mindset leans more towards that context.

-          Setting up your database at the start of the save presents an interesting question, as it can shape the direction majority of your moves make. Do you go for a database range where your initial pool is shallow, but opens up more range for signings – or vice-versa, with a pool that helps you rocket up the leagues early but locks you out of phenoms long-term?  Don’t be afraid to test various database combinations for the best results, and take note of what certain countries tend to produce so you can plan ahead depending on what you want your squad to have.

-          Remember that you’re not managing United or Chelsea that can afford 27-man squads and a zillion players out on loan; in signing players, jacks-of-all-trades tend to be worth more than specialists, at least until you reach at least League One/challenge for the promotion playoffs. Each signing matters due to small budgets so look for players that have relatively high primary stats for their roles and balanced stats in the others – and don’t be afraid to refresh the squad at intervals depending on where you are in the League.

-          Going along with the squad-building, it’ll be hard if not impossible to run esoteric tactics like gegenpressing or the Leicester version of 4-4-2 when your players run the gamut from Wayne Shaw-esque laddies to youth team cast-offs in League One; it’s sometimes just not technically or physically feasible to run those kinds of tactics. Don’t be ashamed in using basic 4-4-2 while you’re still climbing up the leagues, and use your planned tactic whenever possible with your youngsters to blood them in it.

-          Before you even pick a season expectation, take a look at your surroundings and ask yourself if it truly is possible to achieve it without hitting a rich vein of form; if it doesn’t, go pick the next lower objective. It both shields yourself from underachieving and benefits you in the medium-term as board members are sometimes more amenable to requests after an unexpected success.

-          This really goes side-by-side with the 4th point but it’s also important – make sure you at least study the promotion structure in your league. Spain’s 3rd division and Lega Pro have funky promotion systems so make sure you find out exactly how you don’t get stuck there for a long time.

-          Variances in facility quality are more pronounced at this level; factor this in everything you do, from picking expectations to tactics to your signings to how you go forward in building your team. Don’t be afraid to scout your planned club and see where they’re better at; if you have good training facilities, use that to attract relatively better players to your squad while you build up your youth systems; if your youth academy is the better-equipped, be confident in flooding your squad with your prospects.

-          I understand it’s tempting to keep your star players with you for the climb upwards the divisions a la Andy King or Ashley Williams; sometimes, the AI will make a bid for them though. If keeping them means the beginning of discontent within the squad and your season spinning out of control, don’t be afraid to let them leave – and use whatever funds you get to both bring in quality replacements in the short-term and invest in club facilities long-term.

-          Don’t be afraid to play a round of Cup roulette; it raises your club’s profile if you perform a giant-killing and can lead to funding facility upgrades if you do well and even nick a pot here or there. Never let a Cup run be detrimental to your League progress though – what’s the point of 30 FA Trophies and several scalps if you never leave the Conference? Let it go if it’s hampering your League form.

-          Morale management is just as important here, if not even more than the higher divisions since fired up players can and often will do more for you! Make use of the interactions as necessary – and never be afraid to give ‘em a rollicking if need be!

I hope these tips help you out and that you give the lower leagues a spin on your next save! Get out there and have fun!